An Acheron refers to many things, including hell. For this season 11 premiere of The Walking Dead, the term symbolizing an underworld river of pain seems quite apt. So yes, welcome back to The Walking Dead, where our heroes are once again in dire straights and going through some real drama and struggles in an attempt to help the greater good. And nothing speaks to what this show has to offer better than a subplot where any level of levity comes from characters making the best of the internment camp they are stuck in. Of course, none of this is particularly new for the series, and I appreciated a lot of how it all came together for “Acheron: Part 1.”

The episode opens with an elaborate heist mission of sorts. Most of the series’ main characters are on hand to help re-familiarize the audience with who is still around as we watch them descend into a warehouse full of supplies (food, more specifically). While the presence of nothing but important characters means I’m not expecting many deaths, I did appreciate the logic of sending in all the female characters to deal with the sleeping dead. Given that they have to be lowered into the building, these are the lighter characters, so it makes sense. Plus, we all know these zombies are going to wake up, so here’s to the show for letting the female squad deliver a ton of damage to start things off with a bang.

That curtain raiser is just the beginning, of course. The rest of the episode is devoted to searching for more food, with a b-plot focused on what Eugene, Ezekiel, Yumiko, and Princess are dealing with. Sticking with the prime scavenger mission, for now, the plan is to have Maggie lead a team to her old digs, Meridian, which is now occupied by the evil hunters that we got a taste of in one of last season’s bonus episodes. This will mean taking a crew that includes Daryl, of course, but also Negan, as he knows his way around the area. 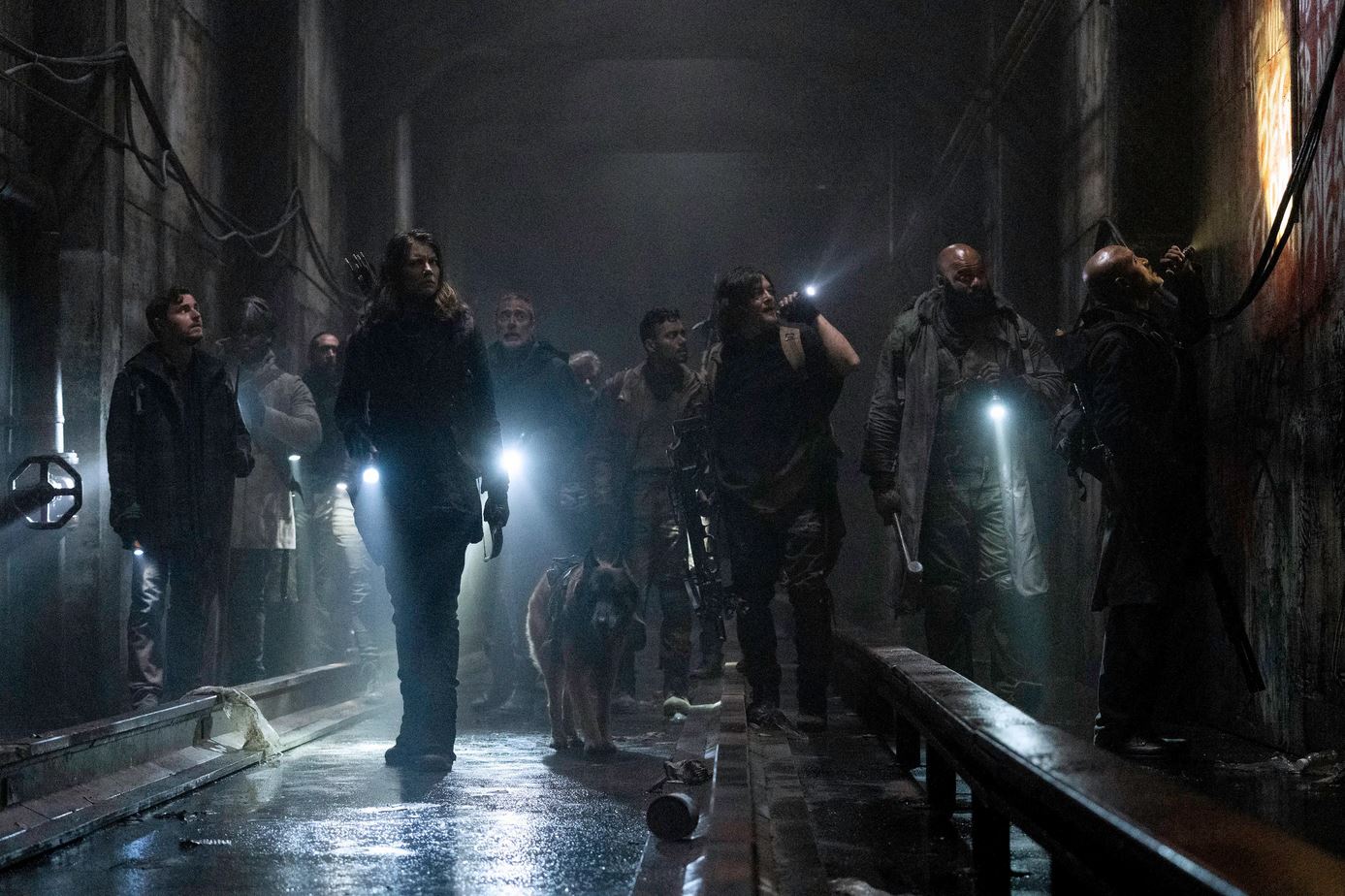 Due to a heavy storm, one does not simply walk to Meridian. As a result, the crew heads underground, using the subway line as a means to get where they need to be. Being the only person aware of his surroundings, Negan rightfully calls out how bad a plan is. As one who has found a lot more interest in Negan in the post-Savior-heavy seasons, this is where the episode shines brightest. How do you have a former monster reckon with the person he’s affected most? This was teased in those bonus episodes, and now we have an entire episode to dig in deeper and twist the knife.

No one trusts Negan. Why should they? Sure, he probably would have made a move by now if he had planned to, but everyone still considers him a dick and a possible threat. Meanwhile, he’s very aware of the danger of being underground. The tension only increases when the crew arrives at a mass grave piled along the tracks. Why are these bodies here? Some are from before the fall of the world, but are they all? Is this grave still in use? All of these are reasonable questions, and a close walker encounter lets Negan take his chance to say what’s on his mind.

Wisely, the show doesn’t present either side as wrong. There’s stubbornness on Maggie’s part, sure, but the fact that she counters what Negan is saying with an understanding of her state of mind means getting good character work from both. By the end of this story section, a horde has arrived (likely sent by someone), and a choice has to be made. A blockage in the tunnel means climbing on top of a subway car is the only way out. How the last two to have to make the climb are Maggie and Negan is an instance where the theme is coming ahead of what makes sense, but for all the good we’ve seen from Negan, he makes a choice to be bad and not help pull Maggie out of the fire. 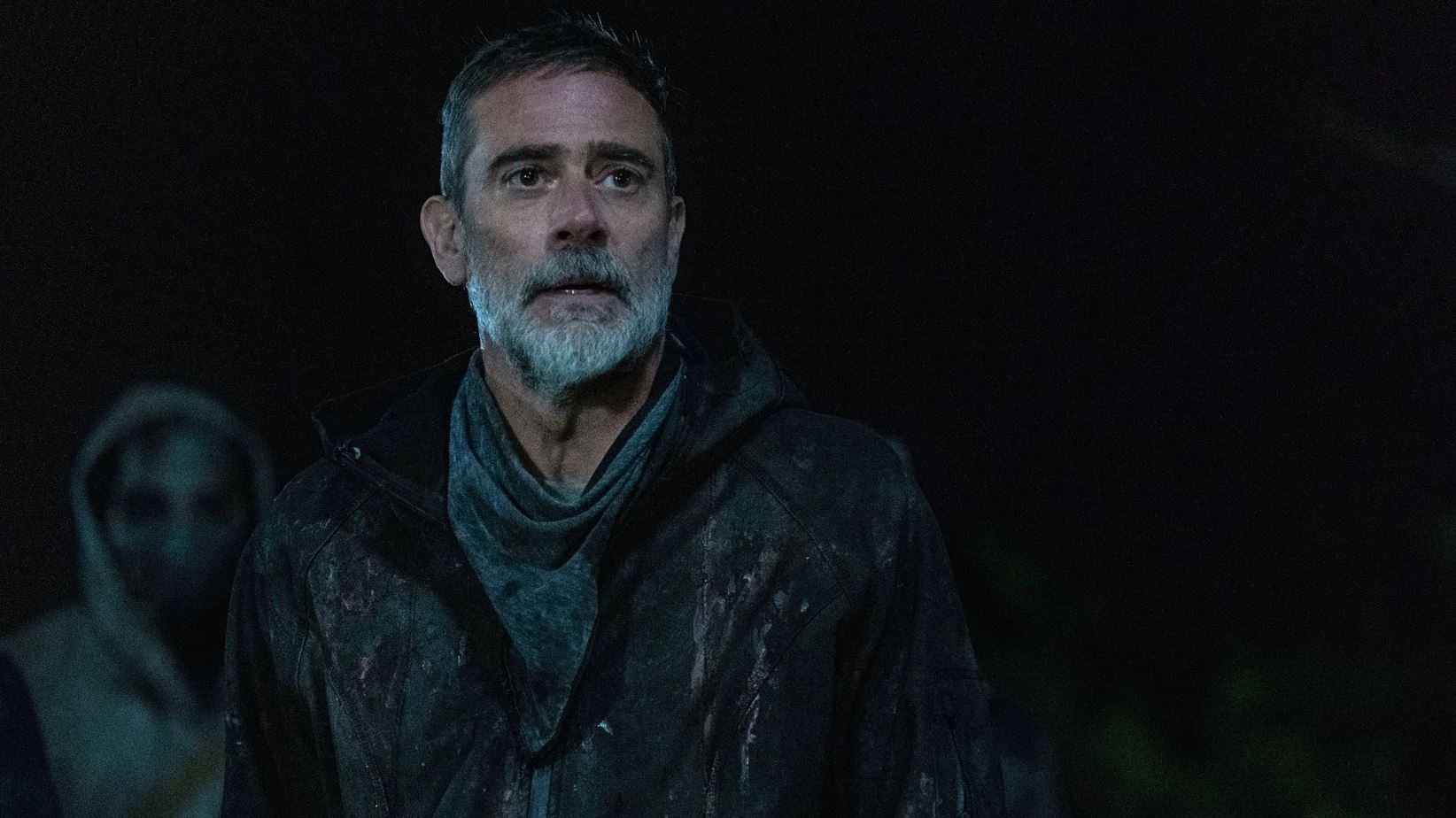 Now, this is the season premiere, and there are at least six untouchable characters on this show. I’m not convinced we just lost someone, but it does mean having to reckon with these choices soon enough. Further complicating an already issue-filled relationship between Negan and the rest of the group is a good way to keep pushing things further. Plus, instead of sticking with the group, we’ll have to see what Daryl does in his choice to go after Dog.

We have the Eugene squad going through processing at the Commonwealth on some other end of the area. There’s not enough outside of the comics to explore yet, so while I play the waiting game with this, there are some observations. One revolves around how specific the questions are for everyone. None of this adds all that much, beyond some casual reveals about past lives. That said, we do get the first taste of Michael James Shaw’s Mercer, and he will be an essential character to keep track of.

All of this is really just leading to a comic beat where Princess reveals she’s excellent at observation. She knows enough about the guards to know that the two of them are secretly sleeping together. How that leads to the crew finding a way to break out is all kinds of clunky storytelling, but it’s entertaining enough. Next thing you know, the group is on their way out, only for Yumiko to discover that her sister may be in the Commonwealth, prompting a reason to stay behind. 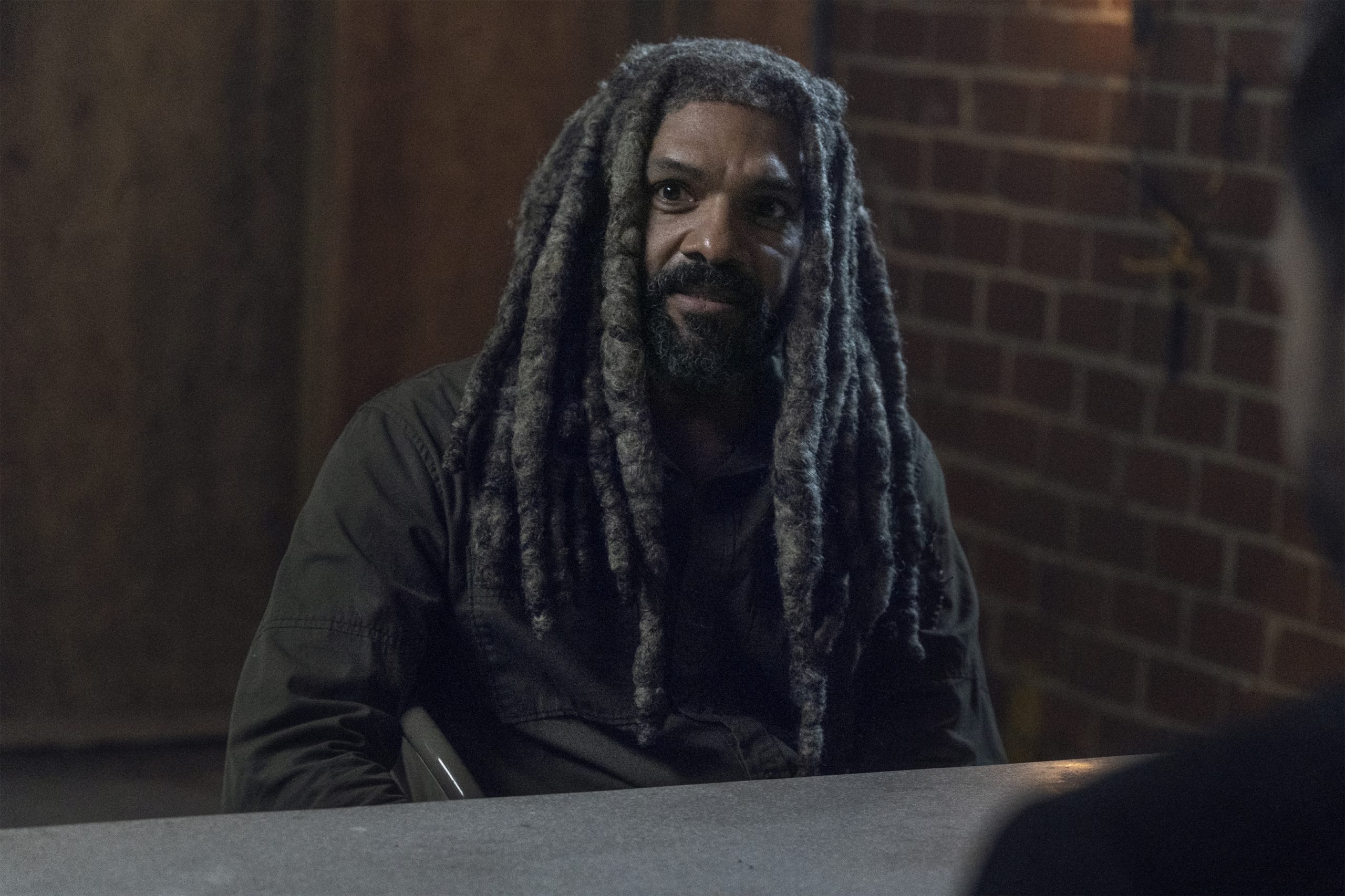 As this is merely part one of two, it’s a bit frustrating to not have a more complete story told for this premiere. There’s an arc of sorts, as far as seeing the verbal showdown between Maggie and Negan and the big, splashy opening delivered on a certain level of thrill, but it does end up feeling like a piece of a larger whole. Granted, it’s serialized storytelling, and we get a cliffhanger ending. Still, I guess that just means The Walking Dead is doing enough to keep me invested in this first chapter of an extended final season. I also just worry about Dog. 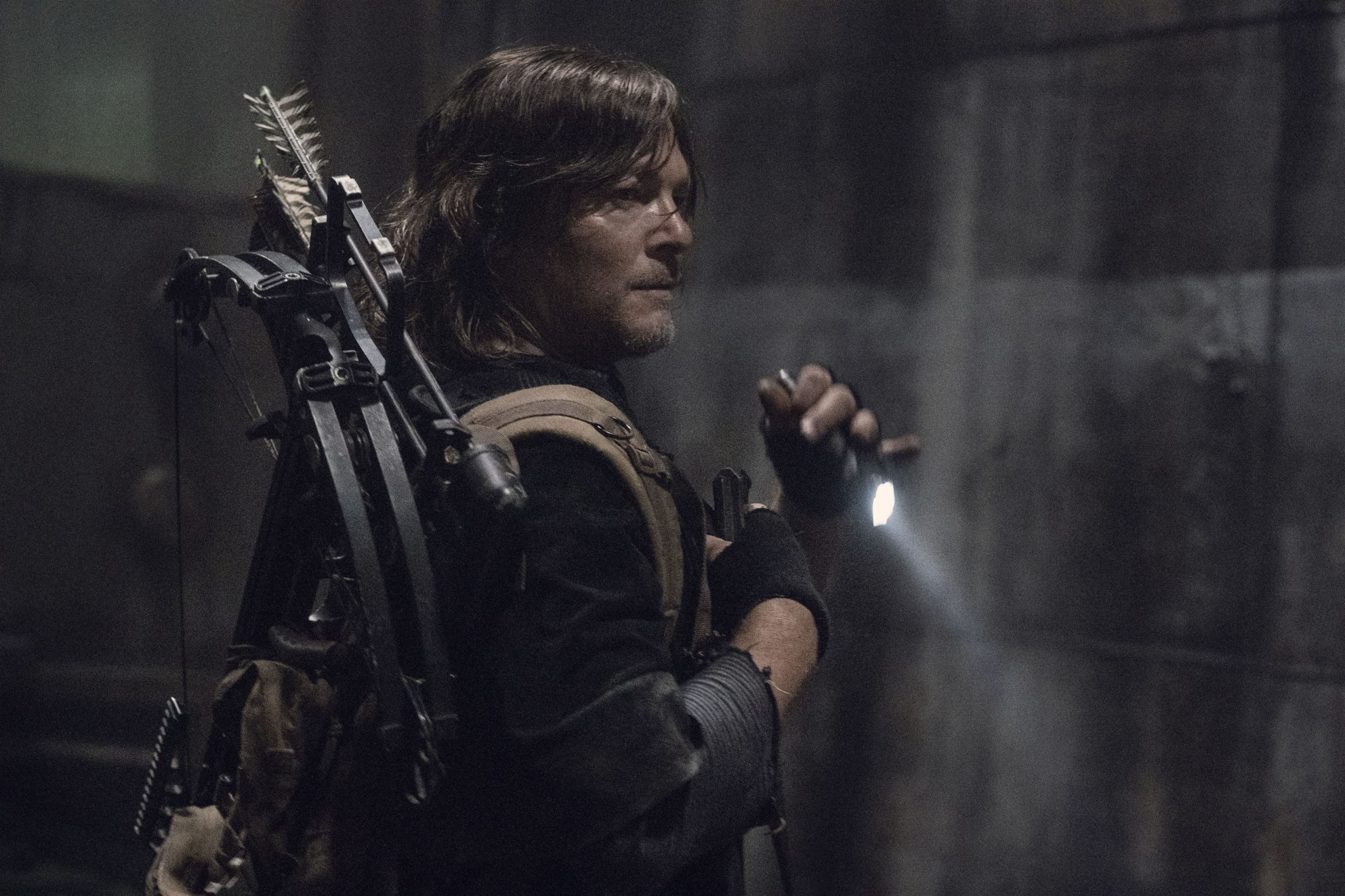 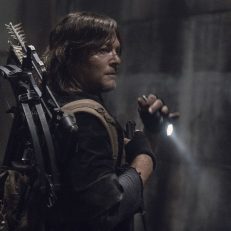 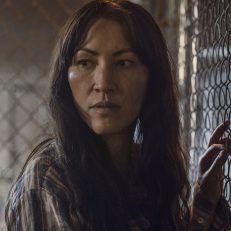 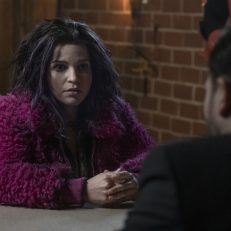 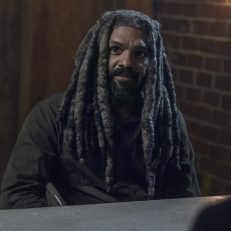 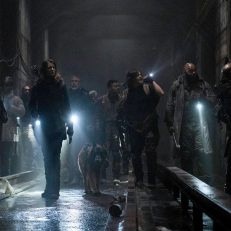 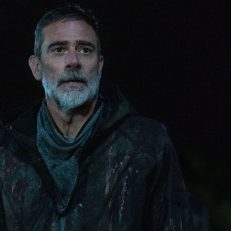 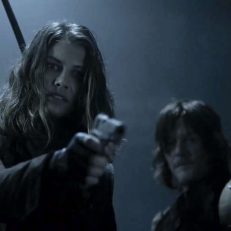