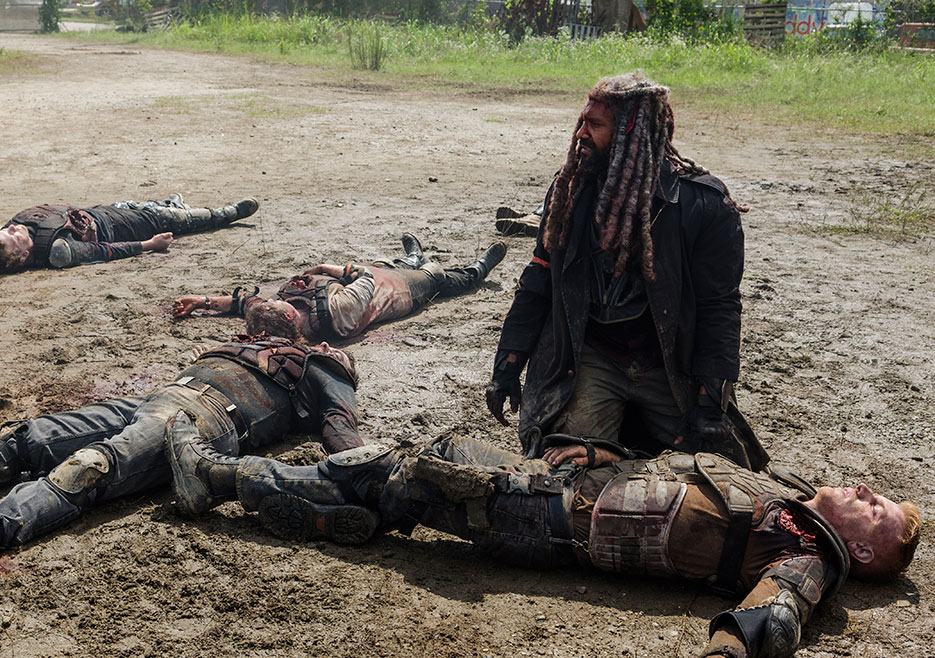 I haven’t shied away from criticizing the flaws of The Walking Dead’s eighth season. For all the hype around adapting the “All Out War” plotline from the comics, the show has delivered tension-free action sequences with little to admire beyond basic production quality. “Some Guy” is what I have been waiting for, as it is easily the best episode of the season so far. It’s not even a giant shift from what we’ve been seeing, as there is still a lot of action overwhelming the quieter moments. The difference is a narrowing of focus and a level up in writing.

Giving us more time with Ezekiel could have played out all wrong. As much as I have enjoyed the introduction of this character into the show’s universe, the recent episodes have found him delivering his brand of regal platitudes to the degree that has felt like overkill. Now I can see how it has been by design. Not that The Walking Dead hasn’t ever brought down the attitude of an optimistic leader by way of letting their worst fears come to fruition before, but it’s our first time with Ezekiel. The cold open’s flashback to a well-done speech, followed by a cut to the piles of bodies of Kingdom soldiers was well done and a good message as far as what we’d be in store for.

From there, the episode proceeds at a good pace. By letting us follow along with Ezekiel’s journey through despair, paired with Carol’s badass mission to get the .50 caliber guns, there’s a nice and clean structure to stick with. There is plenty of action both with guns and zombie violence, but it has purpose, weight and consequences. While no significant characters die this week, there’s a lingering thought that something terrible could happen. As Ezekiel tries to make it on a bad leg, it is always apparent that he’s running away from the reanimated corpses of his people. 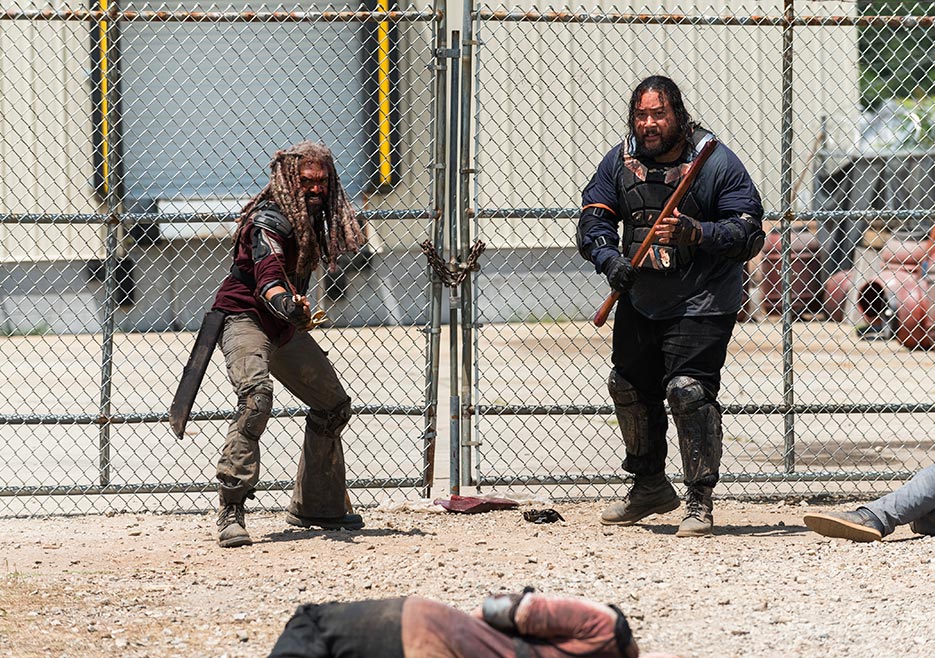 The Walking Dead gets billed as a horror show for a good reason, but it’s rare that an episode feels scary. “Some Guy” is not about jump scares, but it does something more interesting by ripping someone’s world apart in front of them. That’s plenty frightening and while we’ve seen it happen to Rick, Carol and others, putting that sort of drama on the battlefield makes it all the more intense. This is only made worse by “Glasses Savior” who holds Ezekiel captive for a chunk of the episode, further rubbing the King’s face in his own failure.

Given the preparation for the day that we see in the opening, it’s great to follow an arc of Ezekiel’s that unfolds like a short story, something the other episodes of this season has lacked. I can admire ambition, but the use of time jumps to generate drama has felt distracting and baseless more than anything. “Some Guy” does good by the King, as we continue to see where he stands in the opening and watch him unravel throughout the day. His breakdown in the creek, as he wishes to fend off walkers while the others escape is a fine moment for a character pushed so far. It’s all the sadder when he is saved by his cherished pet tiger, who is then eaten for her troubles. It’s not an easy day for Ezekiel, and the show only lets him off the hook by saving his life as others die around him.

Carol’s plot is not that complicated, but it does show off her cleverness and general awesomeness when it comes to displaying skills on the battlefield. Just like Morgan or Daryl, she has a clear drive and won’t stop to spare lives. Saviors are trying to take away something they need and she will stop them. It leads to some tense moments and well-done action that work at breaking up the drama of Ezekiel’s situation. There’s even a moment of truth where she must save Ezekiel and the wonderful Jerry, instead of going after the guns. Fortunately, the show decides to reward this decision. 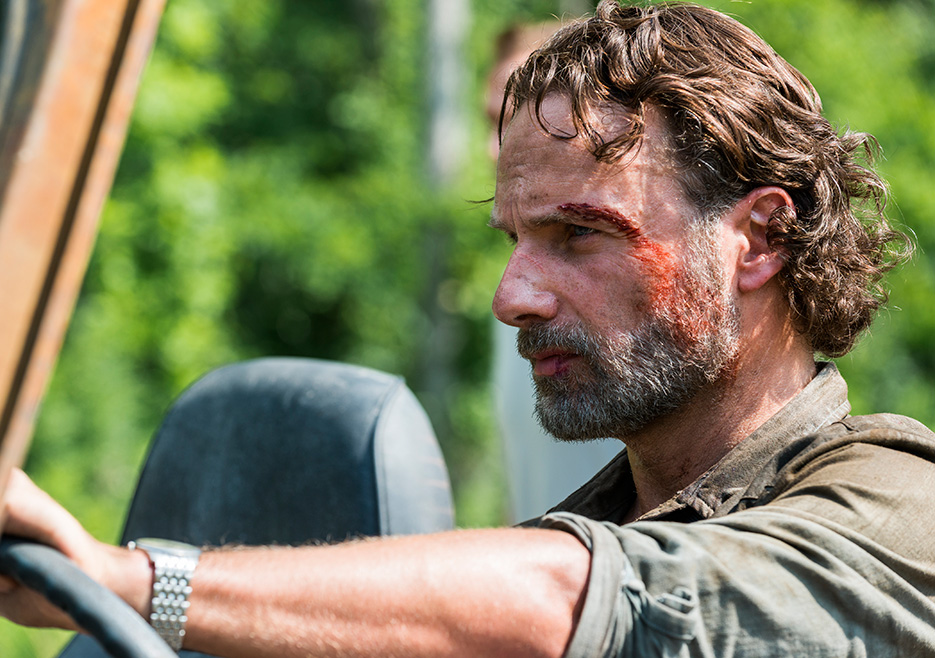 Rick and Daryl only cameo in this episode, but it’s a pretty cool car chase. Given how The Walking Dead isn’t quite a show full of ‘pump you up’ moments, it was quite relieving to see these two speeding down the highway after the truck with the guns. It even ends with a fun little trick to give Daryl a good move and Rick an opportunity to hop into a speeding car and take control. This is the kind of mini-sequence The Walking Dead could use more of in the midst of a single episode’s narrative.

Going forward, I’m not at all against seeing the show use this war as a backdrop for more interesting character-based stories. I hope that Rick doesn’t continually become the center of these stories, as “Some Guy” benefits hugely by taking a break from Rick and much of the rest of the gang and showing us another leader. None of this stopped the action either, but there was a surprising strength in the writing that I was very much able to appreciate. Combined with the sort of confidence that can bring in a fun set piece in the midst of a character’s emotional destruction, this is more of what will be needed to keep this show at a high. 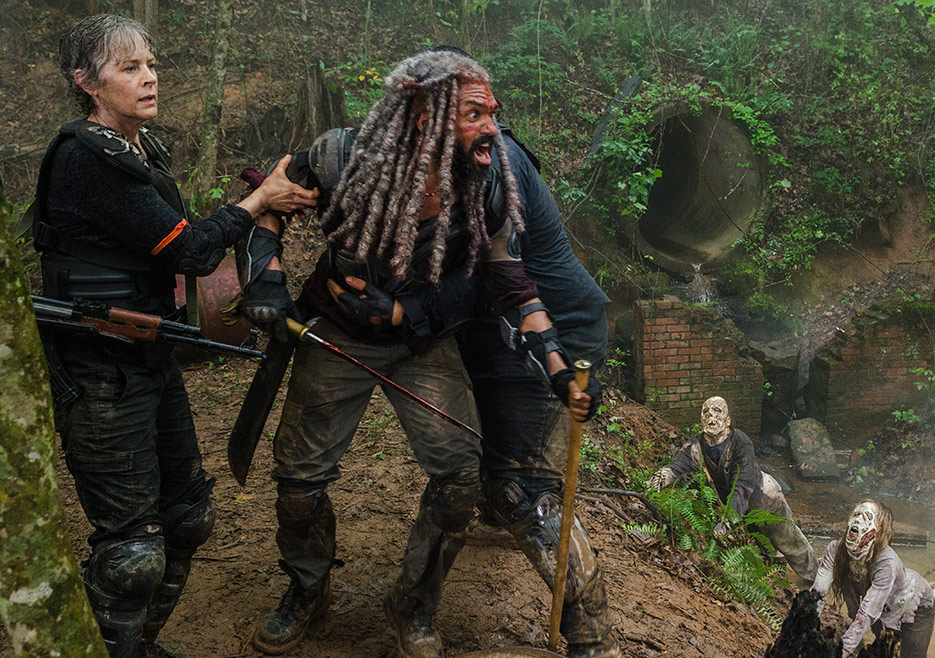 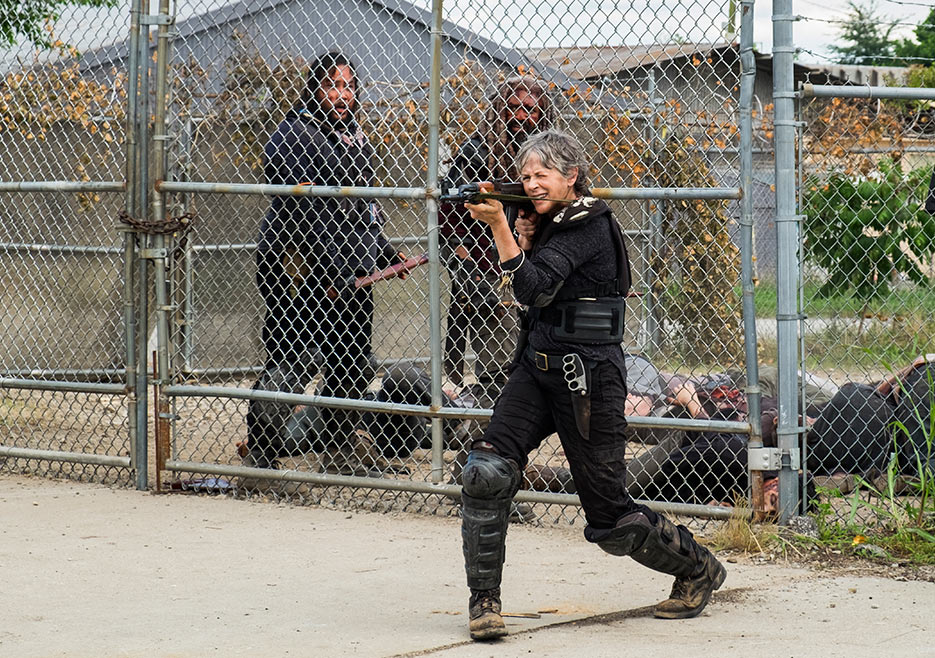