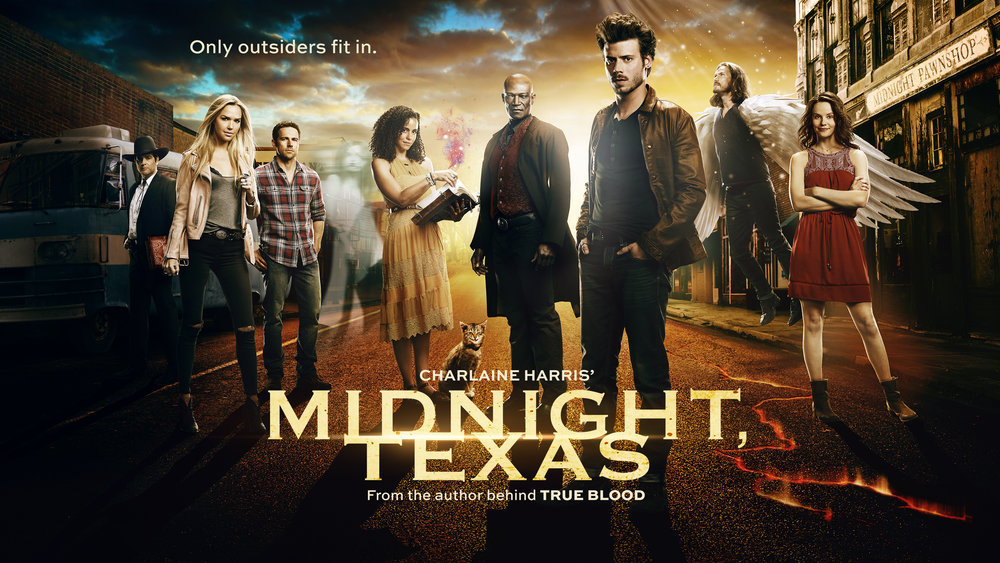 SDCC 2018: Midnight, Texas and What We Know About Season 2

Midnight, Texas following its first season saw a shift from a summer show to a fall show, with season two premiering right around Halloween on October 26th. With the chance to sit down with the cast and showrunners, we learned more about what to expect in the upcoming second season.

Nicole Snyder and Eric Charmelo, the new showrunners, coming from Supernatural say that “what Supernatural does beautifully, it writes the emotions, the humor, and the scares and we used that as a guide for Midnight Texas. You need the levity; you need the humor and the fun.”

The themes that will be explored in Midnight, Texas season two are varied. One of the big ones is forbidden love. Eric continues on to say; it will touch on “the price we pay for love and often the really bad choices that we make as a result of being in love and kind of the domino effect. We also continue to explore the themes that were set up last season about this town of misfits and outsiders and people who are marginalized and what we pose this season is a question ‘if you could extricate these things that make you different, that you’re persecuted for, would you chose to do that in order to assimilate and be like everyone else or is that what makes you different makes you special.’ Half of our Midnighters are going to look at the things that make them different as crosses to bear and the other half are gonna view them as gifts.”

The new showrunners say that they “bring a little bit of camp. It’s a lot sexier and raunchier and scarier and a little more sarcastic.”

With the new showrunners, we also are going to see three new characters. First, we will see Walker (Josh Kelly) who is a gay cowboy who hunts demons, and he has a run-in with Joe in the first episode, and he saves his life.  The other two characters are Kai (Nestor Carbonell) and Patience Lucero (Jaime Ray Newman) who run the hotel, The Crystal Desert.

Jason Lewis, who plays Joe talks about the future of his character in this coming season, “for me personally, Joe had a secret in season one, now as a character, I get to deal with the fact that I’m in a whole new space. Now I’m back out there the world. What does that mean, where do I fit in?” He also hints that maybe Joe acts out a little bit as well. We are going to see a bit of an identity crisis, and we may see a bit of “murderous mayhem.”

Arielle and Peter tells us that season two “starts with a bang, literally day one of filming we had to do a love scene.” In addition to the sexier tone to the show, Peter reveals that every episode contains a little twist. While exploring our character, we will see more of Olivia’s backstory and her family, and there will be more answers provided and more healing for Olivia this season.

Fiji and Bobo’s relationship changes in season two. According to Parisa and Dylan, “their relationship becomes tantric. Sting type sex. We’re just in love and she’s exploring her magic and the combination of the two. We’ve had an intense couple of days filming that kind of stuff.” They also reveal that “the scares are really cool this year. They’re just really creepy scares, and they’re done really intelligently.”

François addresses the changes we will see in Manfred as we progress into season two. “Manfred goes a lot darker within himself as a result of the demon cancer that kind of eats at his soul.” Luckily, fans we will be overjoyed to hear that Grandma (Joanne Camp) is returning to the show. “Even though she’s moved on to the afterlife, they’ve found a way to bring her back.” In addition, for Manfred, there are possessions, voices, and accents that François gets to do this year.  Discussing his relationship with Creek, he reveals that we will see Creek back this year but not in every episode. Manfred and Creek struggle in their relationship because of everything that happened to her in the previous season.

Midnight, Texas is set to return on October 26th on NBC.