If ever there was a show that truly taps into our national zeitgeist, it’s The Dropout on Hulu. As our collective societal consciousness has been beaten down in recent years by nothing but bad news, each generation suffering a larger sense of existential dread than the one before it, the one thing we are most vulnerable to, as a human species, now more than ever, is the promise of hope. Combine that desperation for good news with the ubiquitous technology and access to more information—and misinformation–than ever before in human history, and we are more susceptible to deception than ever.

Con artists and grifters used to be relegated to the sideshows or the religion-for-profit televangelists who trolled the far-off regions of late-night cable television. Today, scammers are as close by as our phone and email, and social media has fostered entire misinformation networks, a breeding ground for grifters who aim to make a quick buck off our vulnerability, naiveite, and desperate need for something, anything, to believe in. No story more encapsulates this moment in time in our collective emotional vulnerability than that of Elizabeth Holmes, a person who not only fooled the general public but the very institutions that we trust to protect us. Holmes’s story is so outlandish that it’s hard to believe. And yet, because there was such a deep desire to WANT to believe it, we did. We all did.

The story truly captures the imagination, and The Dropout creator Elizabeth Meriwether realized that the best way to tell the story of Theranos, the company founded by Holmes, which shot to international fame and fortune by promising to make blood testing simpler and more accessible, was to focus the story on Holmes herself. A figure who modeled herself after Steve Jobs, Holmes was a college dropout (thus, the title) whose arrogance and relentless drive to succeed was only matched by her social cluelessness, a weird, petite woman whose one true gift was lying—about anything and everything, as long as it got her what and where she wanted. 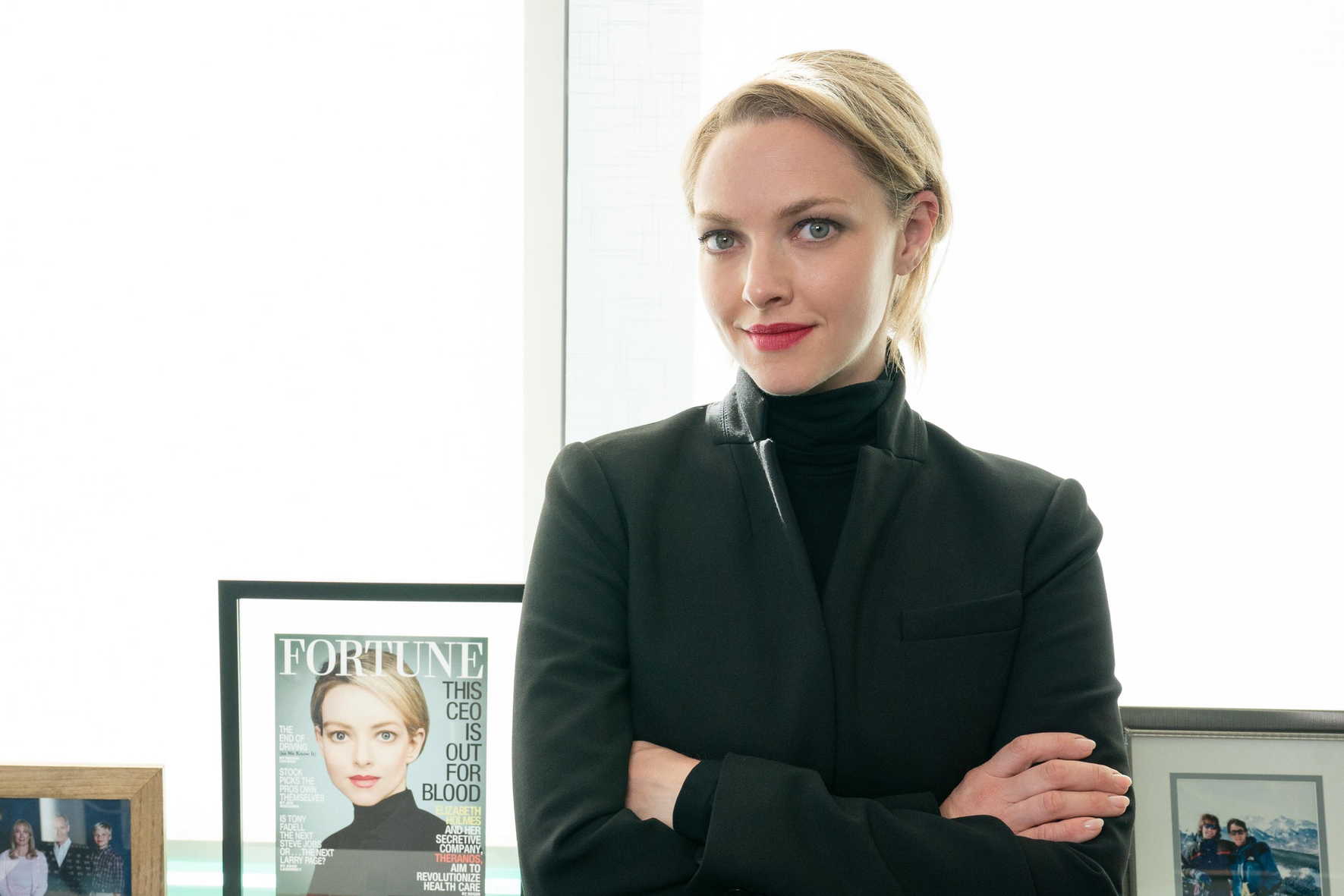 The most crucial element of The Dropout was the casting of Holmes. In Amanda Seyfried, it’s difficult to imagine a better choice, as the Oscar-nominated performer not only captures the socially-stunted side of Holmes but the aggressively vile liar who lay at the center of the carefully crafted persona. The story of Theranos is the story of Holmes, and The Dropout centers every scene on Holmes and her effect on people. The story doesn’t focus on the purported science behind the company, or the fame or the giant lie, but, instead, on the extraordinary skill Elizabeth Holmes mastered at playing people. And it is in the manipulation of human beings—and her cold indifference to it—where the real sin and the real drama of Elizabeth Holmes rise to be akin to great theater. And The Dropout gives it to us in every mind-blowing, unbelievable detail.

The human drama at the center of the story makes it so good and so sickening to watch. Seyfried masterfully captures the essence of Holmes, which is a relentless drive to get what she wants and use whoever she needs to get it. She has a sociopathic nature, but nobody else sees it until it’s too late. From her parents, played by Elizabeth Marvel and Michael Gill, to her closest science expert, played by Stephen Fry, to her lover/partner, played by Naveen Andrews, they all fall victim to Holmes’s corruptions, continually eager to defend her, and left to crawl on the scorched earth she would leave in her wake.

The most intriguing moments of the series are when the creators attempt to humanize Holmes by showing us flickers of emotion and human empathy, two things foreign to this alien creature. Seyfried magnificently mirrors Holmes’s real-life contortions, like lowering the timbre of her voice to sound more authoritative and changing her wardrobe to style herself in the Steve Jobs mold. There is no authenticity in this character, but Seyfried still finds a thread of humanity deep inside, tempting us to root for her. 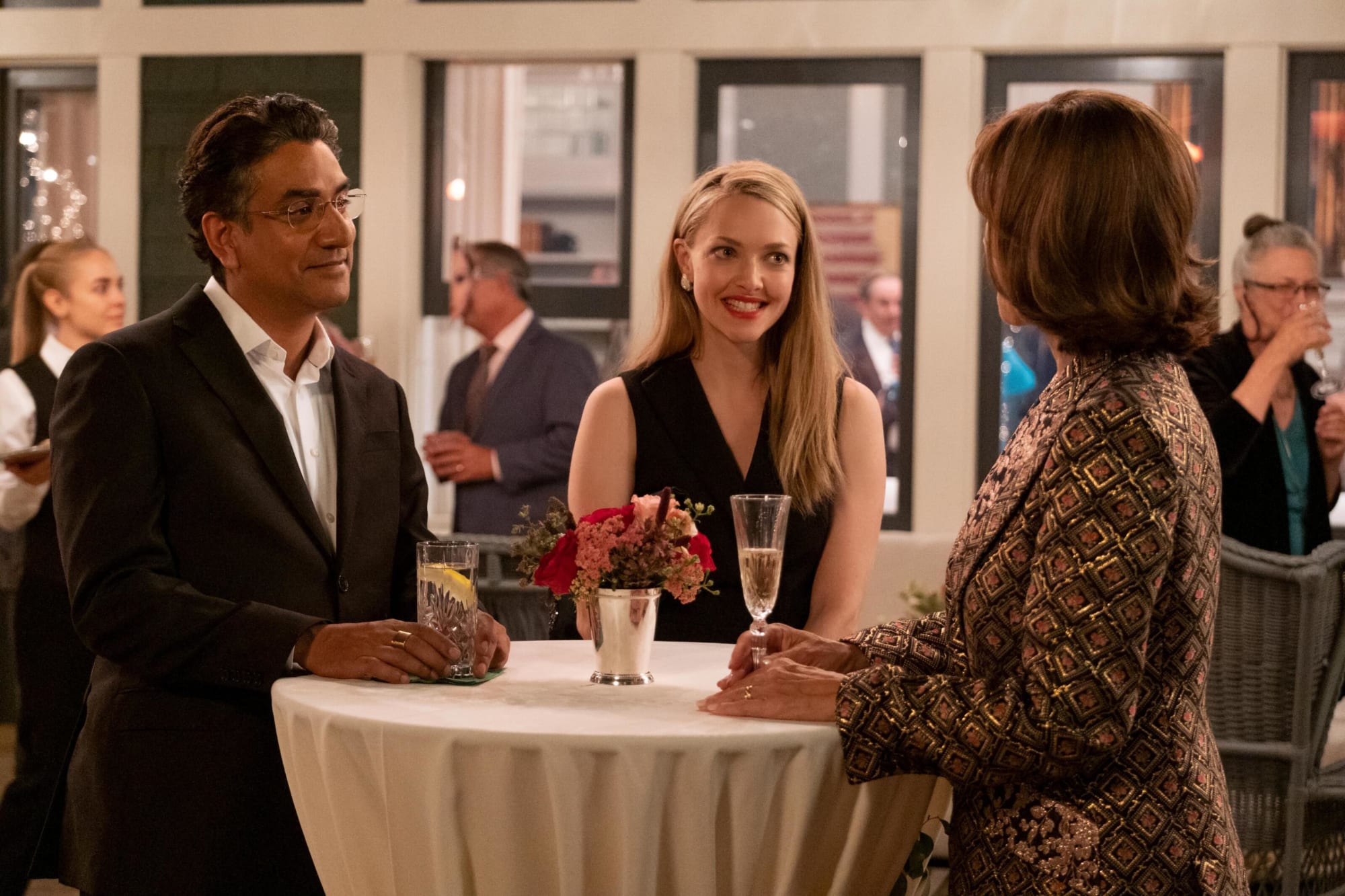 Of course, humanizing Holmes plays directly into the game she played to get to where she did. The series doesn’t shy away from the difficult feminism question of how much Holmes being a young, attractive woman played in her success, but it also doesn’t run away from the fact that all of her success is built on a total manipulation of the exact same sexist culture that would have undoubtedly questioned the same assertions if they had been made by a man. The series tries to take a stand by showing us the one person in the entire world who suspected she was a fake from the get was a female professor, played by Laurie Metcalf, and it is another woman who has the fortitude to finally stand up to her and push over the first domino that topples her empire of lies.

Holmes’ story was not a good moment for women. But the anger that The Dropout inspires in telling it and the incredulity that it actually happened—and it went as far as it did—makes for one hell of a story, one The Dropout delivers in a magnificently cringe-worthy, infuriating, confounding, and eye-opening series that should remind everyone to beware the wolf in sheep’s clothing, an age-old warning that we still today need to be constantly reminded of.

The Dropout is available to stream on Hulu. 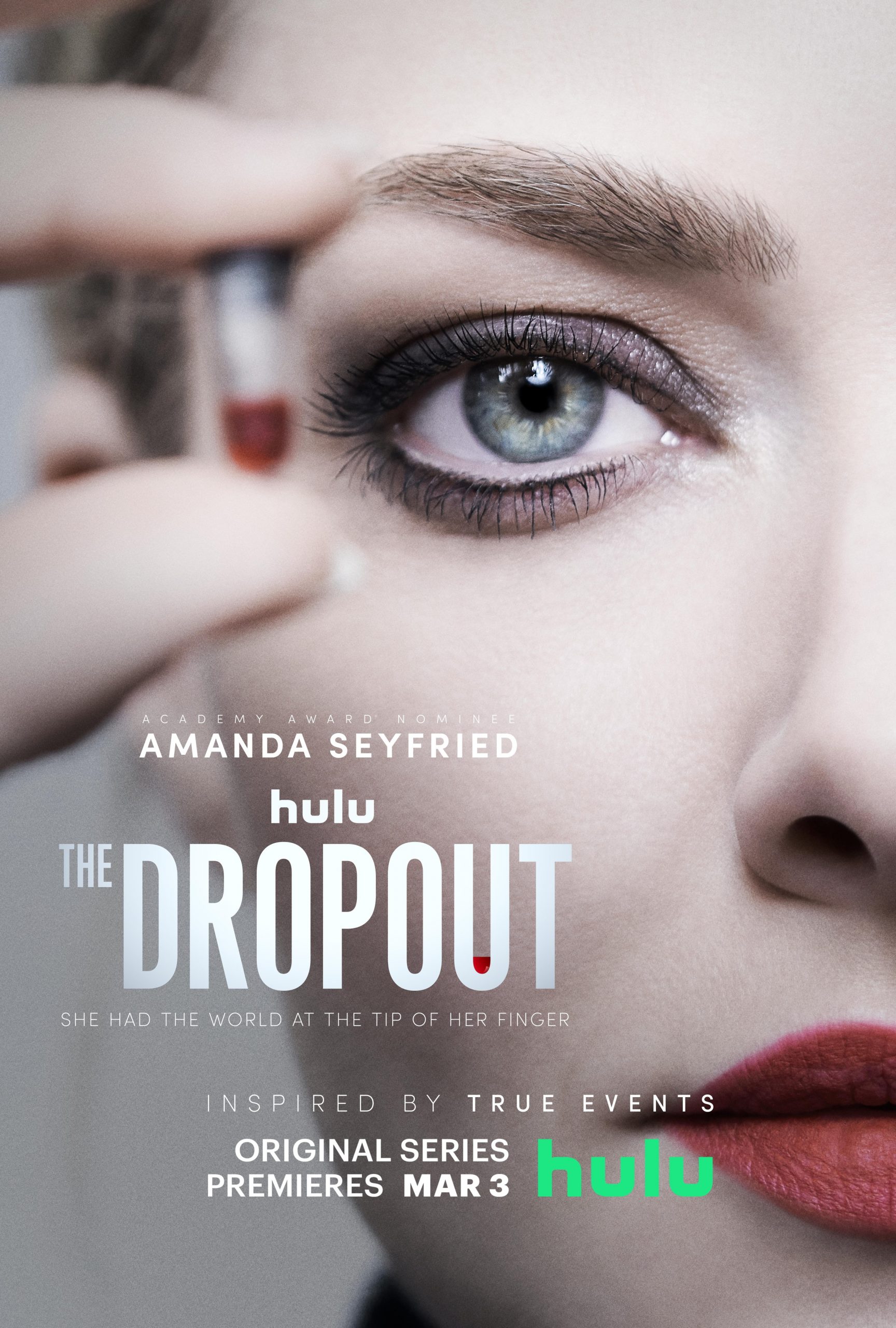 TV Review: ‘The Dropout’ Delivers On Its Confoudning Lead Character 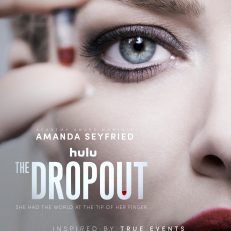 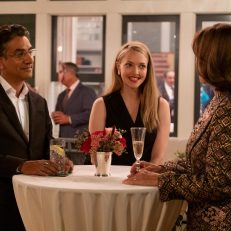 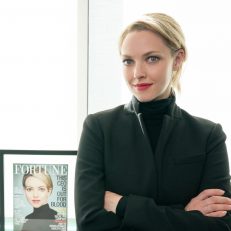 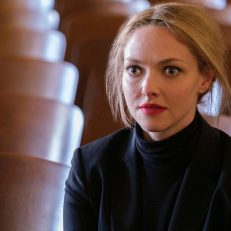 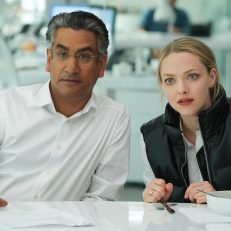