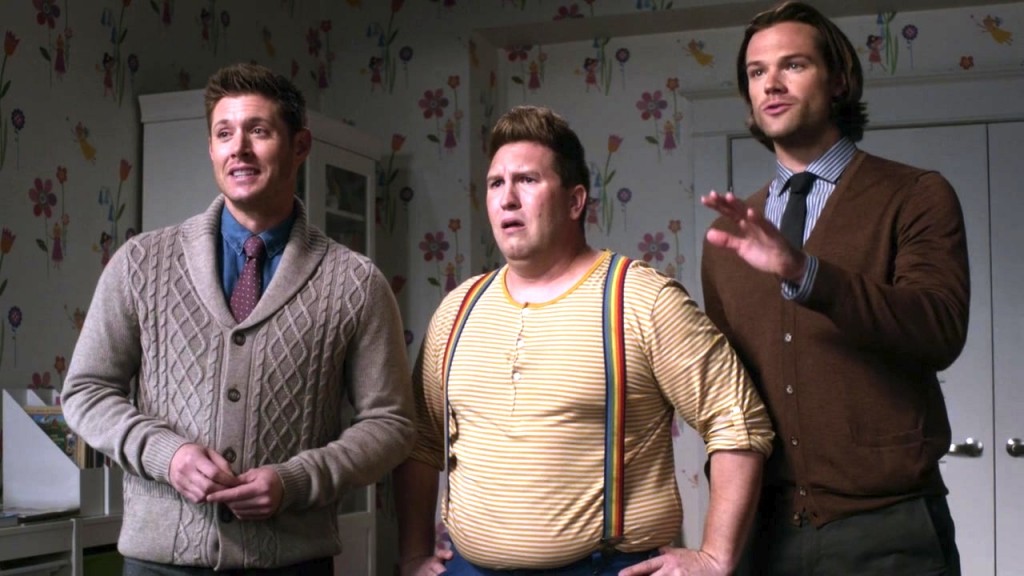 A lot of children have imaginary friends.  What if they are real creatures sent to help a child through a difficult time?  This episode explores the idea of Zanna, a Romanian folklore involving children and their imaginary friends.  The only thing shocking about this episode is that it took 11 season of Supernatural to do a story like this. 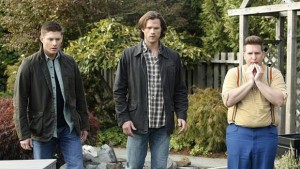 Back in the bunker Sam wakes to find Sully, his imaginary friend from childhood.  Dean thinks Sam’s lost it until Sully allows Dean to see him.  He tells them about Sparkles murder and pleads for their help.  Sully tells them he and his friends are Zanna and they help children.  They appear as figments of the child’s imagination and allow the child to move on with confidence once their guidance is no longer necessary.  The Winchester’s agree to help.

Through the episode a mermaid is murdered and her boyfriend, an air guitar playing rocker with a mullet, get’s shanked.  A woman by the name of Reese is the culprit.  She and her twin sister were Sully’s kids after Sam.  Sully felt he failed Sam when he decided to hunt with his dad and Dean rather than run away to have a normal life.  While Sully was playing with the twins, Reese’s sister chased him out into the street and was hit by a car.  Reese ends up traumatized by the events and decides to exact revenge on Sully.  She studies folklore and ends up in Romania where she gets a spell to see all Zanna and a knife to kill them with.  Dean tells her revenge will not make her feel better.  He’s seen monsters and Zanna are not monsters.  Sully apologizes and Reese drops the knife and hugs him and leaves.

We end back in the Impala for our boy melodrama moment.  Sam wants to discuss the cage again.  Dean tells says, “ok, not happening.  Good talk.”  He says there is always another way.  Sam ask him to tell him what the other way is.  We all know where this is headed. 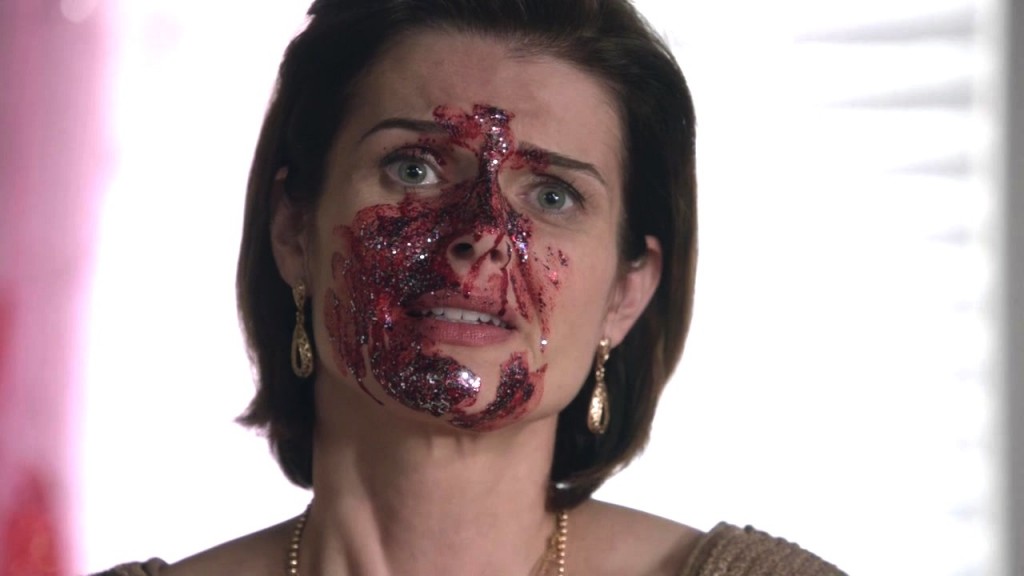 This was another seemingly one off episode and was also quite humorous.  Even the crime scene of Sparkle, while you can see why the child would be scared by this, had me cracking up.  Since the girl’s mother cannot see the sparkly blood everywhere, she trudges through it and ends up smearing it all over her face.  I can only imagine how many takes they had to do for the actress to keep a straight face as she smeared red goo with sparkles in it all over herself.  Their reactions to her were equally funny.  Dean’s facial expressions alone were hilarious never mind the nonsense he tried spouting off while pretending to be a counselor.  Sully tries to remind him to be subtle because she can’t see anything but he is as subtle as a sledgehammer.  He had comical lines though the episode while making up names for the Zanna creatures or making fun of Sully.  Dean refers to Sparkle as a “Manicorn” because he’s a human/unicorn mix.  I love all the terms he’s making up this season.

We get some insight into Sam’s childhood and why Sully was there for him.  With Dean off hunting with his dad, Sam often spent time alone in the hotels waiting for them to come back.  He had seriously considered running away with Sully so he could lead a normal life.  Just as he was about to leave Sam get’s a phone call that his dad changed his mind and wants Sam to join them.  He tells Sully he wished he never imagined him.  Sully’s broken hearted and Sam’s on the path to becoming a Hunter.  Their relationship has carried over from Sam’s childhood into adulthood.  Through the episode they play the same game, “Ever Think” that they played when he was a kid.Sully now realizes all the good Sam has done by being a hunter and that he went down the right path.  Sam is insistent about going back to the cage. 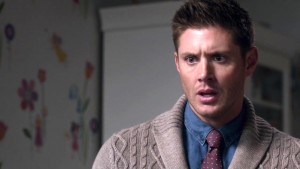 This episode didn’t really go into anything about Amara however, it did briefly mention the cage.  Their building up to Sam going back into Hell and facing Lucifer and the cage.  Sam is still believes it’s God trying to guide him but Dean is not convinced.  There was some head bashing in the episode as usual.  I can’t help but wonder if the series will end showing they both had imagined everything due to the head injuries they’ve sustained.  Overall this was a decent episode.  Even with two terrible murders and a stabbing the episode was funny.  I’m not sure if the boys kept the Zanna knife or if any of this will help with defeating The Darkness but it was a fun episode. 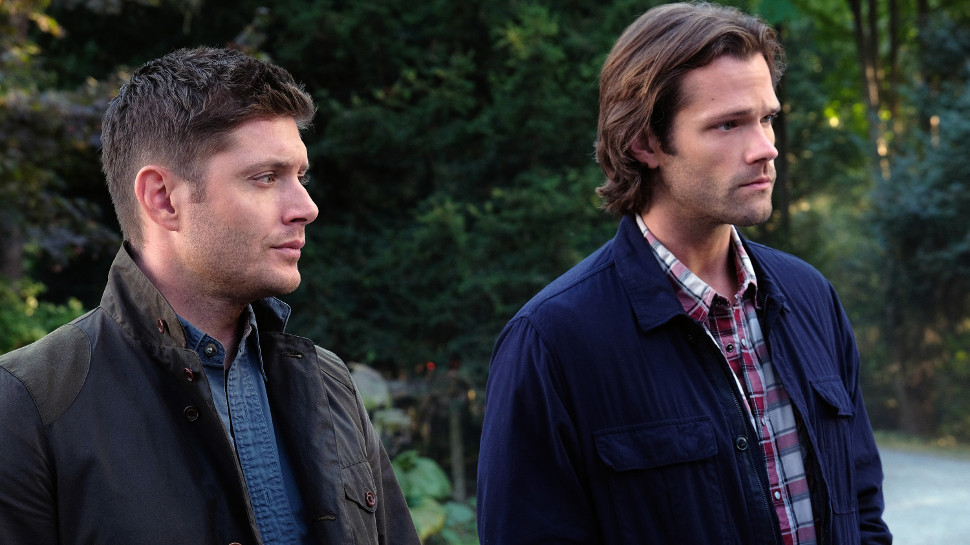 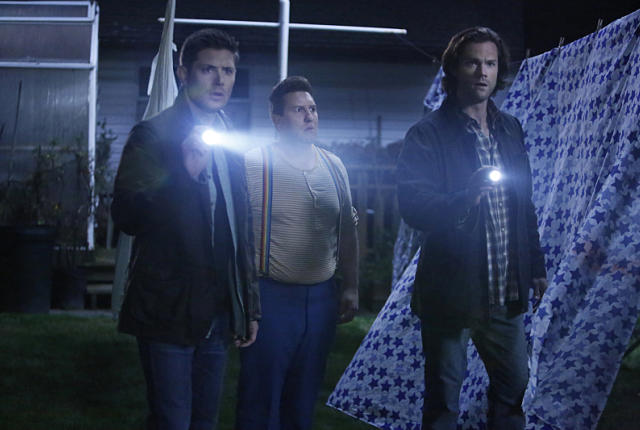 A lot of children have imaginary friends.  What if they are real creatures sent to help a child through a difficult time?  This episode explores the idea of Zanna, a Romanian folklore involving children and their imaginary friends.  The onl...
0
Average User Rating
0 votes
Please sign in to rate.