Supernatural is back after the midseason break and it did not disappoint.  Sam is in Hell trapped in a cell with Lucifer and Dean has no clue.  The angels made an effort to smite Amara and, while a nobel attempt, I doubt this will work out in their favor.  How will they get Sam out of Hell without Lucifer as a hitchhiker, will the smiting have any effect on Amara and where is Cas?  With so many questions left from our last episode we knew “The Devil in the Details” would be worth the wait.

Sam now realizes Lucifer gave him the dreams and visions all in an attempt to use his body to get topside again.  Lucifer promises to make an offer he can’t refuse and tries to entice him saying he can defeat the Darkness if he’s released.  By showing him memories from his youth and then other events since he’s been hunting with Dean.  Sam knows Dean will help him get out of Hell with out making a deal.  Lucifer postulates that Sam is so overcome by guilt because he moved on after losing Dean to the Leviathan.  He believes Sam’s downfall is that he will not allow himself to lose Dean again.  They keep choosing each other rather than saving the world no matter who it hurts.

While driving Dean’s vision starts to blur so he pulls over and is sick on the side of the road.  Cas walks up to him and it’s the first time we’ve seen him since he found Metatron.  He explains Dean is experiencing “smiting sickness” and it will only get worse as he gets closer and closer to ground zero.  Knowing it could kill him to go further, Dean agrees to Cas looking for Amara’s body and advises him to be careful if she’s not dead.  Dean finally get’s in touch with Crowley and is told that Sam is in Hell.  To get there, Dean meets with Billie the Reaper and she transports him to Hell. 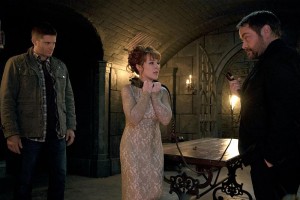 Rowena and Crowley observe what is going on with Lucifer and Sam.  He questions why Rowena would trust him when last time Lucifer was free he tried to kill humans and demons alike.  She believes she’ll be rewarded for being a loyal follower, what a fool.  Crowley meets up with Dean and reveals they need Rowena to get Lucifer back in the cage.  Using a witch catcher they’ll be able to control her but they need to do it before Lucifer convinces Sam to say yes.

While searching for Amara, Cas comes across another angel named Ambriel.  She was sent by the angels to see if they were successful in smiting Amara.  While searching with Cas she comments about both of them being expendable.  She is just a low level number cruncher working in births and deaths.  Cas helps Sam and Dean but they are the real hero’s, it doesn’t matter if Cas dies.  Ambriel happens upon Amara, unfortunately for her Amara’s alive.  She sucks out Ambriel’s grace.  She sees Cas and calls him expendable and weak, he’s not even worth the effort but she has a job for him.  With a wave of her hand he disappears though it looks as though her actions have taken a toll on her.  The smiting may not have killed her but she’s not quite as strong as she once was.  Amara sent Cas to Billie and we know that means he’ll be heading in to Hell.  The Darkness wants him down there helping Sam and Dean, this can’t be good. 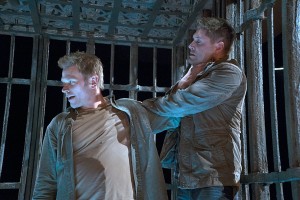 Sam continues to stand his ground and refuses Lucifer’s offer.  Since he refused the first offer, Lucifer goes with his second offer which is to beat him until he gives in.  Dean and Cas storm the cell to help Sam.  Lucifer brings them in and then proceeds to beat them as well.  He is holding Dean by his throat and tells Sam to say yes or he’ll kill Dean.  Cas interferes and just as he’s about to be killed by Lucifer, Rowena finishes the spell and casts Lucifer back into the cage.  Crowley is less than pleased with everything that happened.  He tells the Winchester’s and Cas to get out of Hell and he’ll be keeping Rowena.  Sam and Dean offer Cas a ride but he says he’ll catch up with them.  They ask if Cas is ok and he says he thinks he will be in time.  There’s something not right about the way Cas is acting, something happened with him and Lucifer.

Rowena talks with Crowley about her feelings towards him and her past in what might be her most poignant moment in the series.  He asks why she hates him and she tells him if she didn’t hate him she’d love him but that love is a weakness.  She will never feel weak or scared again.  Cas walks in but at this point it’s very clear he’s no longer Castiel.  Lucifer is using Castiel’s vessel to stay on Earth.  When Cas interfered in Lucifer attempt to kill Dean what we didn’t see was Cas ask Lucifer if he really can defeat Amara.  Lucifer tells him he can so Cas consents to being his vessel.  Lucifer/Cas removes the witch catcher from Rowena and says he’s going to give her a reward.  It looks like he’s going to kiss her but then he pulls away and asks if anyone else can open the cage.  Foolishly, she says only her so he breaks her neck.  He turns to Crowley and says “Let’s chat.”

In this episode Lucifer said something I’ve thought for a very long time.  Sam and Dean’s biggest weakness is each other.  They will do anything for each other to the detriment of anyone else involved.  This revelation lead Sam into not trying to stop Lucifer from killing Dean.  Billie did mention in the first episode this season that with Death gone, the reapers are going to make sure next time a Winchester dies they stay dead.  They had better be a little more careful going forward, recklessness could be their undoing.

Crowley is fed up with helping the Winchester’s but understands defeating the Darkness is paramount.  As always, he’ll do what he needs to in order to ensure his survival.  Now that Lucifer’s back surviving may be all he can do.  He was not Lucifer’s biggest fan and I’m sure Lucifer will not be pleased with he person who usurped his throne.  Something tells me he’s in for a rough road.

We haven’t seen Cas in several episodes.  He shows up looking a little worn but ready to fight the good fight with Sam and Dean.  Ambriel and Amara both made comments that playing on his low self worth.  This lead him to saying yes to becoming Lucifer’s vessel.  What happened to Castiel?  Did Lucifer swap bodies so Cas is now in Lucifer’s body and has been transported to the Cage or is he still in there with Lucifer?  As an actor, I’m excited to see Misha Collins play the bad guy but as a fan of Cas I cant help but be worried about what has happened to our favorite brooding angel. 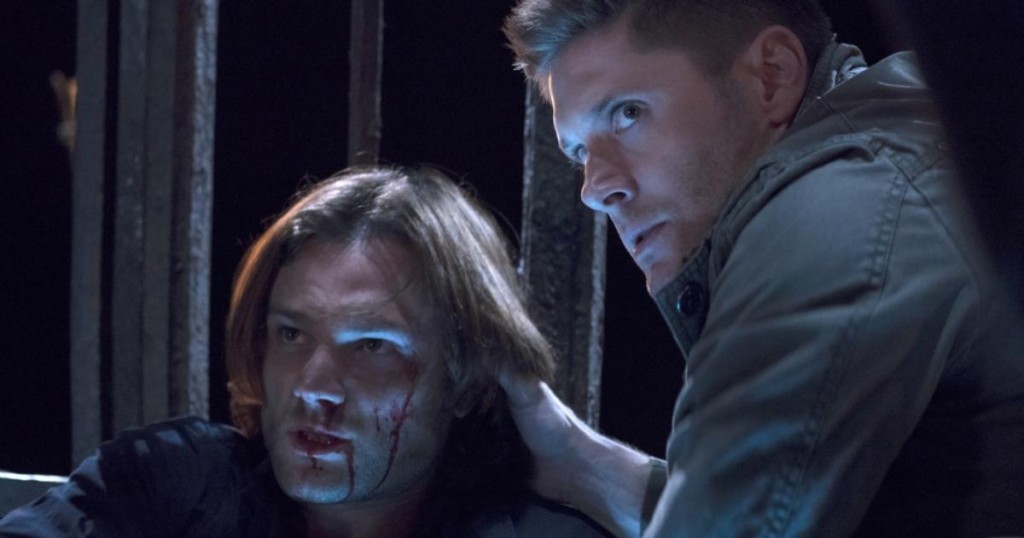 Considering they were just trapped in a cell with Lucifer, Sam and Dean were able to walk away with only minor injuries for once.  Usually we have Sam or Dean making a stupid deal with someone they know they shouldn’t in order to save each other.  This time no deals were made by them and as far as they know, Lucifer was successfully locked back in the cage.  I’m sure Lucifer has stirred up some trouble with Sam by bringing up him moving on after Dean ended up in purgatory.  Hopefully they keep the trend of talking to each other going so this doesn’t become an issue again.  This was a fantastic start to the second half of season 11.  I hope they keep the trend going forward, it could be one of the best seasons they’ve had. 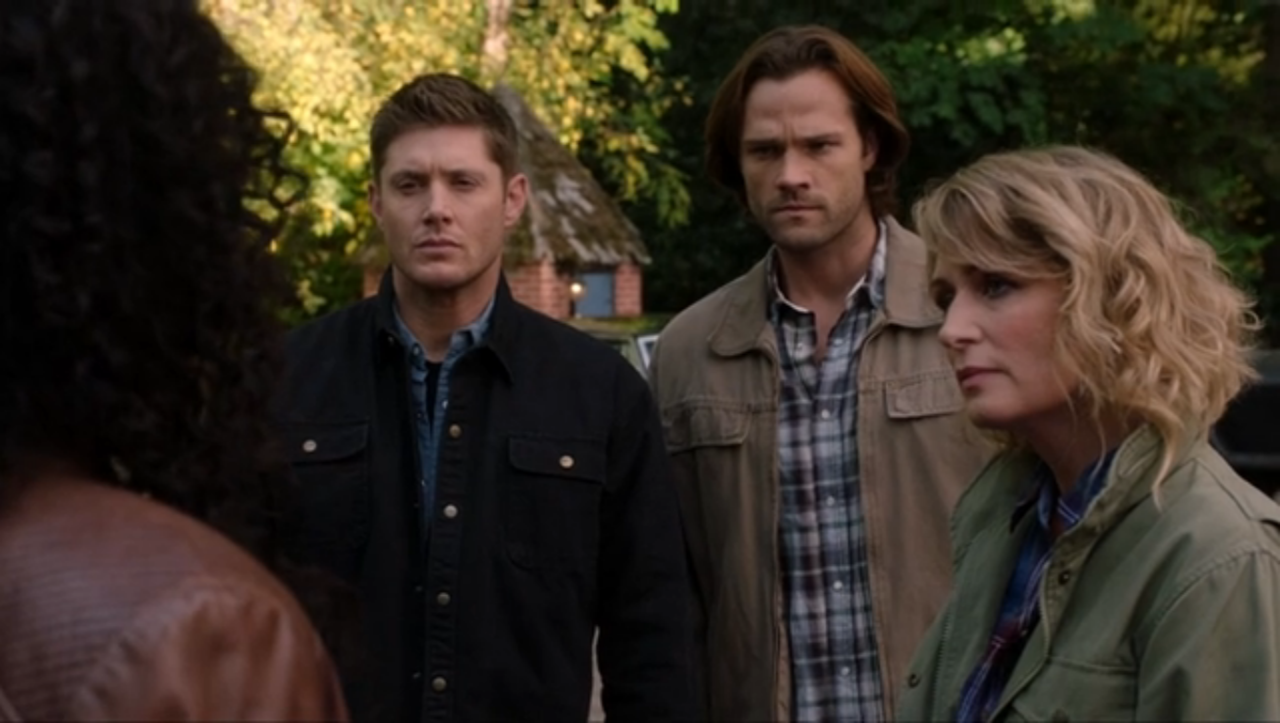 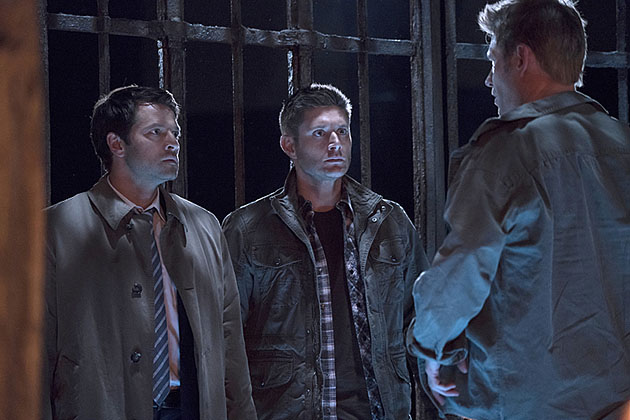 Supernatural: The Devil in the Details Review

Supernatural is back after the midseason break and it did not disappoint.  Sam is in Hell trapped in a cell with Lucifer and Dean has no clue.  The angels made an effort to smite Amara and, while a nobel attempt, I doubt this will work ...
0
Average User Rating
0 votes
Please sign in to rate.