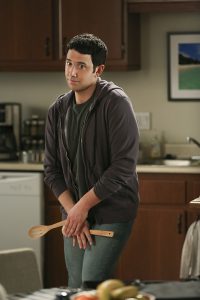 The CW had the final panel for Crazy Ex-Girlfriend today as it enters its fourth and final season. Skyler Astin is joining the cast, but show runner Aline Brosh McKenna said he’s playing a character we already know. Astin will play Greg, the same character played by Santino Fontana in seasons one and two.

“When Rachel and I were conceiving the show, we always intended Greg and Rebecca’s romance would’ve ended where it did,” McKenna said. “I had always been exploring bringing back that character and trying to figure out a way to do it that suited our show. Bringing the character of Greg back, it is part of our storytelling, a plot point in the story that he’s going to be reimagined and played by a different actor.”

You can believe Crazy Ex-Girlfriend isn’t just going to have a new Greg and not say anything about it. 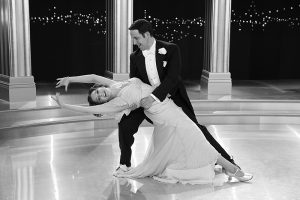 “It is not only like a big leap and feels experimental and playful like our show,” Rachel Bloom said. “As you’ll see, it will become a great statement of how our perception of people changes. Greg is a barometer for Rebecca as she has not seen him for years. Because our show is a little meta, even though it’s a re-imagnining, not a recasting, it is kind of a fun comment as people in TV shows being recast. We’re going to call it out. We’re not going to pretend. It’s not like a Becky on Roseanne situation. Not a good reference right now. Picture Roseanne in the ‘90s before it was sad. Rebecca is going to call it out this person is different, what the fuck.” 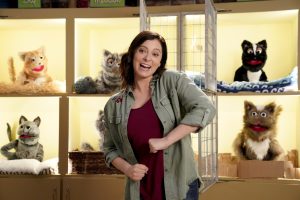 There are certainly no hard feelings from Fontana. “He left the show to do wonderful things,” Bloom said. “His character has always become like lore. We have this really unique opportunity to bring back this almost mythic figure and rewrite it in a way.”

As Crazy Ex-Girlfriend wraps up, the final season will deal with Rebecca Bunch’s recovery. She was diagnosed with Borderline Personality in the third season.

“Every season was always a different lens of what it mean to be a crazy ex from the inside out,” Bloom said. “The fourth phase is recovery and starting from scratch. Every season of our show kind of feels like a mini new show.” 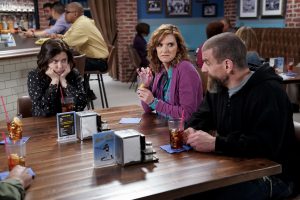 It’s not like the show will end with Rebecca cured, but the final season will deal with what recovery actually means.

“One of the things we’re dealing with, when you deal with addiction or mental health, the time you spend doing that, you get behind in certain things in your life,” McKenna said. “She’s always been a catalyst for other people. She was pivotal in Greg’s realizing he was an alcoholic and Josh’s character realizing certain things. The time and energy she takes to do that puts her a little bit behind.”

There are more milestones on the way in the final season. Bloom wrote the season premiere, her first solo writing credit. She will also direct her first episode. 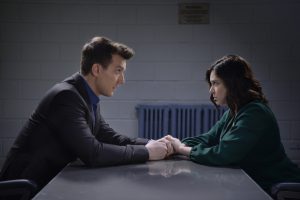 Even though Greg is coming back in a different form, Scott Michael Foster remains in every episode of the final season. He even gets a song in the season premiere.

“The first episode back we did a song with Rachel and Vinnie [Rodriguez III] already,” Foster said. “It’s sort of about how our characters feel super alone and how no one can possibly understand that even though they are also alone. To dive right back into the season and have a number to do right away is always a blast.”

Patton Oswalt also returns, and this time he sings, but the final season will have a lot more of the full cast singing together.

“There are more group numbers this year which Rachel and I are excited about,” McKenna said. “Our line producer is about to lose her mind, adding characters to these big songs and we have kind of huge production numbers with almost everyone in the cast.” 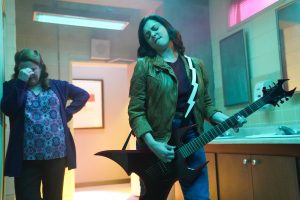 “It is kind of a 1970s, 80s typical sitcom opening including a clip show,” Bloom said. “The song sounds like a mix of a sitcom opening and Doublemint gum commercial. The essence is it’s hard to boil someone down to a single theme song.”
There will still be some theme song surprises every week in the final season.

“An element of the theme song will be changing every episode,” Bloom said.