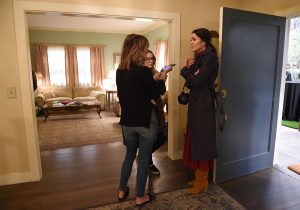 Mandy Moore hung around after work on the set of This Is Us to speak with the Television Critics Association, who visited the Paramount lot where the Pearson house is set up. It’s been a big season for Rebecca, finding out that her brother-in-law Nicky is alive, and as we saw her pursue a music career as she began dating Jack (Milo Ventimiglia).

The present day story of Uncle Nicky (Griffin Dunne) continues this week, after the big three have found him. This Is Us airs Tuesday nights at 9PM on NBC.

WLE: When Rebecca decided not to go see Nicky, were you Mandy going, “No, she should go?”

Mandy Moore: I understand her hesitation. I think Rebecca is a very thoughtful person and she needs time to sort of marinate in something. She’s not one that’s just going to spontaneously jump into a situation. That’s really throwing someone for a loop. If you’ve just believed something that the love of your life told you for the entirety of your relationship and time together, and all of a sudden you find out that he was lying and keeping a secret, I just can’t imagine that anyone’s initial thought would be — I, as a human being, would probably want to take a step back and let me just digest this Earth shattering information. But I knew ultimately, curiosity would get the best of her and the fact that she might be able to find some semblance of a piece of her husband in his blood was too tempting for her an opportunity to miss out on. 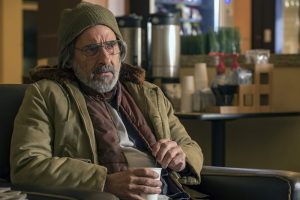 WLE: Do you expect Nicky will become a presence in their life?

Mandy Moore: I don’t know. I hope so because I love working with Griffin [Dunne]. I don’t know. I feel like the ball is really in his court and that’s really how it was left, so we’ll see.

Q: Will it take a toll on you and Miguel’s relationship?

Mandy Moore: They seem pretty steady. I can’t imagine. Miguel is a part of the family. He’s known full well what he’s getting himself into. He also lost his best friend so it doesn’t feel like anything could really rock that foundation, I think. 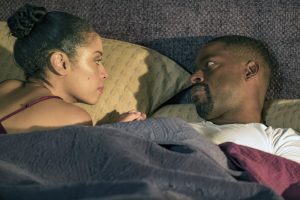 WLE: We’re starting to see the strains in Beth and Randall’s relationship. Will Rebecca have a mother’s intuition that something’s wrong? 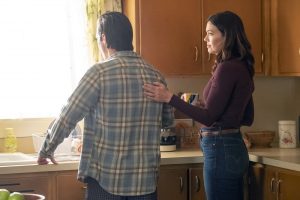 Mandy Moore: I’m sure she’ll have a mother’s intuition about it but I think she has the ultimate faith that those two are meant to be. They’ll find their way to mend their own issues.

Q: What’s the love like between Rebecca and Miguel vs. Jack?

Mandy Moore: I like to think, I know people are really sour on Miguel although they’re starting to come around. You can’t resist the charms of Jon Huertas. He’s the best, but I feel like there’s just a deep sense of understanding and compassion and companionship that they found that I was always bummed out that people didn’t initially support that. Just because somebody, the love that Jack and Rebecca have for each other is otherworldly and cosmic and it’s #relationshipgoals and all that stuff. I get it but it’s not fair to assume that she should live our her life lonely. Especially once her kids are grown u. I love that she took the initiative and I’m very excited to figure out how they found their way to one another but I’m glad that she took the initiative to have another relationship. She deserves to find some joy in her life, although I think as she gets older, there’s just an embedded sadness in her that never really goes away. It’s always just right under the surface.

Q: Is it a different kind of love? They weren’t romantically attracted when Jack was around.

Mandy Moore: No, absolutely. I think their relationship is rooted in something else. I think they both sort of needed each other at that point in their life. There was this understanding. There was this commonality, the shared history and familiarity with them. And I think, I’m not sure Rebecca would have necessarily gotten married again had it not been for Miguel. 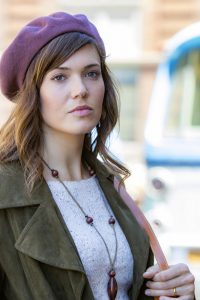 WLE: Have we seen the definitive end of Rebecca pursuing her music career?

Mandy Moore: You’d have to ask Dan. I’d love to see her, especially in the wake of Jack’s passing, find a way to reignite that passion in her life. Like, give herself something to look forward to but I don’t know for certain.

WLE: Did you ever have any meetings with record labels like that?

Mandy Moore: Where they told me that I was Pittsburgh good? No, but they probably felt that way. Probably like you’re Orlando okay, but they never said that to me verbatim. I’m sure they felt that way

WLE: Do you still write music?

Mandy Moore: I do, oh yeah.

WLE: During this is us?

Mandy Moore: Both. In fact, during the hiatus I am absolutely going to be making me sick.

WLE: Are you writing an album?

Mandy Moore: I am. Have some music ready to go in fact.

WLE: How many songs?

Mandy Moore: I think I’m going to start smaller and not make a whole record but I have like five songs, so maybe do an EP and see where we go and kind of take the temperature and see if people are interested and then I’ll keep working to make more music.

WLE: What kind of music and what are they about?

Mandy Moore: Just about my life over the last couple of years and my own issues to sort through. I don’t know what it’s going to sound like necessarily. I think we’ll get into the studio and feel that out but I’m going to work with my husband and his band. They’re all my buds so I think it’ll sort of maybe have a feel of the kind of music that they play.

WLE: Do you have lyrics without melody?

Mandy Moore: No, no, I have finished songs ready.

WLE: Do you find music healing?

Mandy Moore: Very much so. Absolutely. There is complete catharsis in writing and performing and that’s why I miss it. It’s something that’s not quite as tangible, or maybe more tangible and more personal when I’m making music in terms of what I’m able to bring to it, what I want to say and how I feel when I’m performing versus acting. Because obviously I’m not myself and I can bring as much as my experience and whatever connections I’m going to make to the material that help me sort of get there and connect to it, but it’s different with music. There’s no filter. It’s not someone else’s words or ideas or editing. It’s all left up to you and your interpretation. In that snese it’s the ultimate catharsis.

Q: Do you ever use music in the trailer?

Mandy Moore: All the time. All the time. Not even necessarily different music for different eras, but emotionally to prepare. I’m the weirdo that is in the corner with my headphones on rocking back and forth with my eyes closed just trying to stay in my own world.

Q: What are you listening to?

Mandy Moore: I don’t want to reveal exact songs because they’re still triggers for me. It’s weird. Sometimes I’ll be listening to music in the car and I’ll shuffle onto a song that I’ll just feel this immediate reaction to something and I’m like I gott a remember that song because clearly there’s something for sometimes no reason whatsoever. It’s this unconscious thing that hits you and it’s like ooh, maybe it was a lyric that pertained to something in a scene once that I was just like oh, that can be a real trigger for Rebecca when I have to be in this frame of mind. THere’s really no rhyme or reason but I get into a weird pattern of I’ll fixate on a song and then I’ll listen to it over and over and over and over again for 10, 15 times or something. 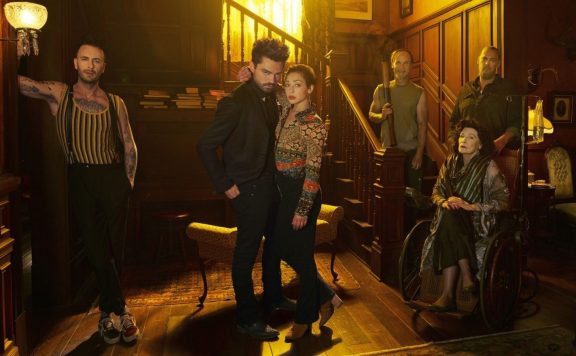 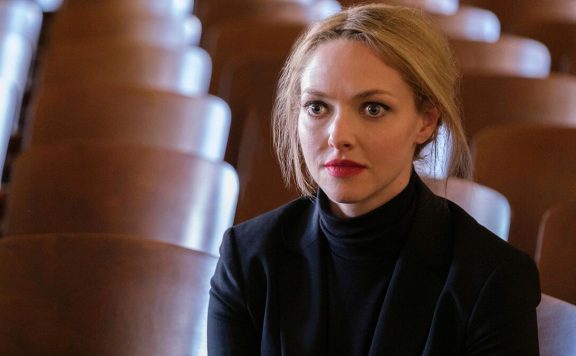 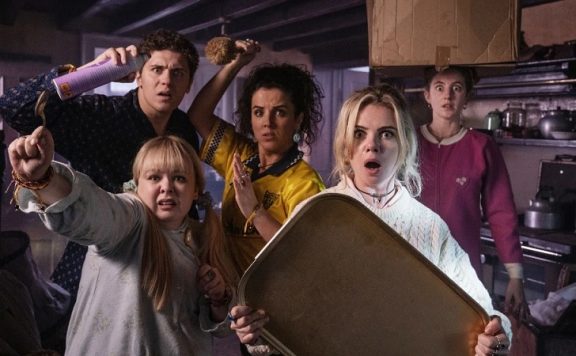 TCA Interview: Mandy Moore on This Is Us, Uncle Nicky and New Music