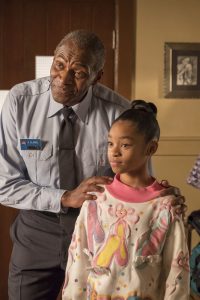 If you just watched This Is Us live on air, you will want to know more about the Beth (Susan Kelechi Watson) episode you just saw. And if you’re saving it for DVR you’ll still want to know after you watch it, so come back to this. Beth Pearson finally got her own backstory where we met her parents (Phylicia Rashad and Carl Lumbly) and saw her ballet dreams as a child.

NBC showed the Television Critics Association the episode two weeks ago and Watson was there to talk about it. Of course, we all still have questions about the future of Beth and Randall’s marriage too, but this episode just raised a whole lot more questions about Beth’s new career as a dance instructor!

WLE: We spoke in season one and I asked you when we’d see Beth’s flashback. Was this a long time coming? 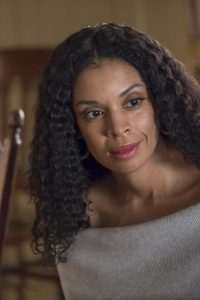 THIS IS US — “Our Little Island Girl ” Episode 313 — Pictured: Susan Kelechi Watson as Beth — (Photo by: Ron Batzdorff/NBC)

Susan Kelechi Watson: Yeah, this is. Oh wow, it’s a joy. It is a gift. I think any time that you get to really explore a character’s background, it’s such a gift. Three years of playing her, this was a great opportunity to learn so much more about her. I think Dan was specifically invested in creating a Beth episode as he was a Toby episode, as he was with The Big Three. I was happy to get this opportunity. I hope that people see it the way we do and now they feel more satisfied that they know a bit about where Beth is coming form.

WLE: Are we going to see a lot more of you dancing as she continues to teach? 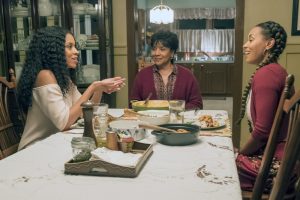 Susan Kelechi Watson: I hope so and I believe so actually, because we will see her teaching. I hope that involves me dancing. We haven’t gone into that as much. We’re towards the end of the season now but I have trained in ballet specifically for this. I also know so many other forms of dance so it would be a joy to do it.

WLE: Was what we saw at the end choreographed?

Susan Kelechi Watson: It was. That was like a whole minute and a half dance, so some really great things are going to come.

Q: How did you create this deep relationship with Phylicia Rashad in one episode? 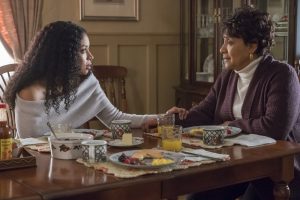 THIS IS US — “Our Little Island Girl ” Episode 313 — Pictured: (l-r) Susan Kelechi Watson as Beth, Phylicia Rashad as Carol — (Photo by: Ron Batzdorff/NBC)

Susan Kelechi Watson: There’s a great respect and reverence for her career but I also know her, so there’s a personal relationship there. So it was easy to step into. I wouldn’t know anybody else that I would want to play my TV mom. I just don’t. I think that she and I, this feels like a long time coming so I’m grateful to get an opportunity to do it in this way.

Q: Do you know if we’re going to see more of her

Q: She recognizes that Randall dreams big because he was never told not to. How do you think that affects their relationship? 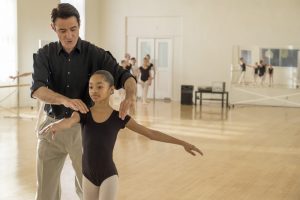 THIS IS US — “Our Little Island Girl ” Episode 313 — Pictured: (l-r) Akira Akbar as Young Beth, Goran Visnjic as Vincent — (Photo by: Ron Batzdorff/NBC)

Susan Kelechi Watson: I think that, again, that’s the part of them that’s attracted to one another. It’s sort of the part of her that has to deal with all his flights of fancy, but also what she admires about him is that she used to be that as well. To find somebody who’s unafraid and who does things unabashedly and really pursues them is something that sometimes she may want to strangle him for but it’s the thing that she really admires in him, his boldness, his willingness and that’s why she always has his back when it comes to that

WLE: Do you, Susan, know where they are in the flash forward?

Susan Kelechi Watson: I do.

Q: She seems like the boss of her own studio.

Susan Kelechi Watson: I know. She does look like the boss but I don’t even know the context of that quite yet, but I do know that obviously, she pursued dance finally and she’s successful at it which is great.

Q: So should people worry about Beth and Randall?

Susan Kelechi Watson: What I’m excited about that we have stuck to as a show, I think, as a team is that marriage is real. It’s going to have trials. It’s going to have ups and downs. I don’t know if people would believe us as much if we never went through anything. I think every fine gemstone needs to be polished so if you’re seeing a relationship that you think is great, they have to come through something. They have to get through something. I feel like this is part of it. This is part of the telling of what marriage is and sometimes you don’t know what’s going to happen. You just don’t know. You go into it with the best intentions but you don’t know what the ending is going to be. You can only set forth your intention so we’re in that space.

WLE: Was this the first time you’d studied ballet? 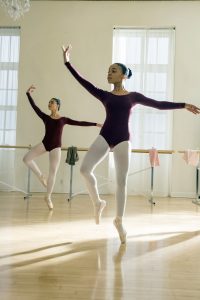 THIS IS US — “Our Little Island Girl ” Episode 313 — Pictured: Rachel Hilson as Teen Beth — (Photo by: Ron Batzdorff/NBC)

Susan Kelechi Watson: No, I studied ballet when I was younger. I think I stopped maybe at like 12 or 13 because my body didn’t fit the dance form and I received a lot of criticism because of that and they made me feel, I guess, a bit unwanted in that dance form. So I went into African dance and Afro-Brazilian and I went into tap and I went into jazz and I went into modern. I did salsa, and I did everything. I felt really good about myself. I was like oh, you can feel like this? So I found my voice in different forms of dance.

Q: Take us back to the scene in the studio. 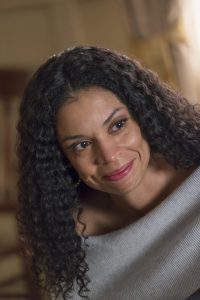 THIS IS US — “Our Little Island Girl ” Episode 313 — Pictured: Susan Kelechi Watson as Beth — (Photo by: Ron Batzdorff/NBC)

Susan Kelechi Watson: I felt amazing. I danced and danced and danced this dance. We must have done it maybe 15 times in a row and I never got tired. I was just every time we did it it was different. I felt her spirit sort of move through me, the joy that she would feel being able to do this again. And I also felt my own experience of being back in my body, in my dance body again. There’s this control you gain over your body again that we don’t do every day. Every day is sort of like walking and sitting and maybe you run or maybe you sprint somewhere but there’s something when your body flutters to the music or when you fly across the room or when you move in a certain way that you don’t normally do every day and you can feel the freeness of it and yet this feeling of control is there as well. That’s dance. When you can do that to rhythm, that’s dance. It’s nice. 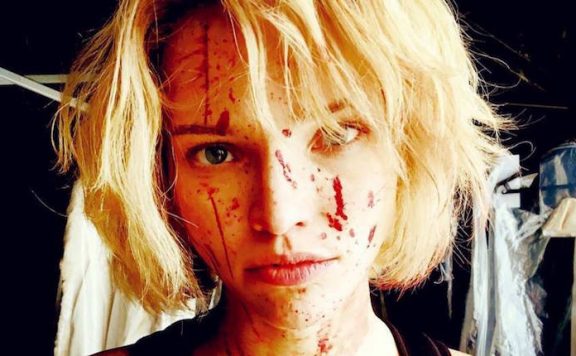