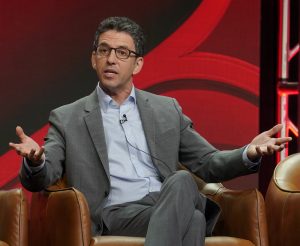 Gee, a new series involving an airplane accident and a group of survivors dealing with a mystery, where have we heard that before? NBC’s new drama Manifest certainly has shades of Lost. It’s about a flight that disappears for five years, and when it returns the passengers have not aged a minute. Series creator Jeff Rake talked about this fall’s new drama at TCA.

“I thought of this crazy idea 10 years ago driving in a minivan with my family halfway between L.A. and the Grand Canyon,” Rake said. “I told everybody in town about it, and everybody thought it was ridiculous, so I put it on the shelf. Then years went by, and then that Malaysian Airlines flight disappeared, and suddenly my pie-in-thes-ky crazy idea didn’t feel as crazy and impossible after all. And so I dusted that old idea off the shelf, and the good people at Warner Bros. and NBC thought it was worth pursuing, and here we are 10 years later.” 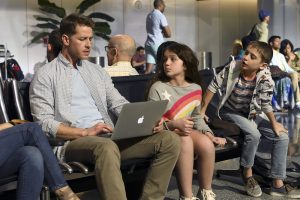 Both Rake and NBC hope it will take many, many years to reveal the mystery of Manifest , but Rake knew he had to solve it ahead of time.

“When I went in to pitch the show to the network last year, I went in with a roadmap, walking them all the way through  almost all the way through,” Rake said. “I think that when you are presenting a serialized premise oriented event mystery  and this show, the tantalizing element is this event mystery about a plane that disappears and returns, but scene for scene, if you’ve seen the pilot, you know it’s as much a relationship drama. It’s about a family that’s torn apart and brought back together again and the question of whether you can ever put the pieces of your life and your relationships back together again. So when I went in to pitch the show, I kind of talked them through the mystery aspect of the franchise, but also the family aspect of the franchise.” 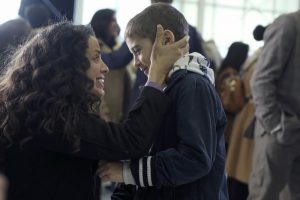 The pilot for Manifest deals with the disappearing plane and the shock of all the families meeting their loved ones again five years later. The bulk of the show will deal with the adjustment day to day.

“We kind of lay a lot of our cards on the table right at the beginning,” Rake said. “A series-long question is: What happened to that airplane? It’s one aspect of the show and I do have an endgame that I’m working towards in terms of we’re peeling the onion of that mystery. But that said, as much as my show is inspired by these event mysteries, it’s also inspired by This Is Us. It’s also inspired by the great relationship dramas that are on television and have been on in the past.” 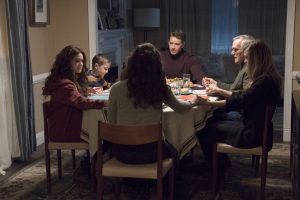 The pilot already suggests the kind of drama that can come from Manifest. Young siblings have grown up five years. Elderly parents have passed away in the time the plane has been gone.

“The DNA of this show is about the opportunity for a family to heal, for relationships that have been separated to come together again,” Rake continued. “Just as my talented neighbors to my left continue to mesmerize us with backstory, flashbacks, flash forwards, and present day storytelling about these lives, so too will Manifest live scene for scene, episode for episode, in the lives of our characters. There’s mystery. There are supernatural elements. We will be peeling the onion over the course of seasons, but we’ll also be devoting a lot of real estate to the very grounded drama of interrupted lives. And there’s a lot of mileage to get out of those stories.”