NBC’s Midnight, Texas is based on another series of books by True Blood author Charlaine Harris. The show kind of used up all the books in season one, so they’re in uncharted territory for season two, series co-creator Nicole Snyder said at TCA.

“Well, in Season 1 we kind of went through all three books,” Snyder said. “It didn’t leave us much left from the novels, but we have jumping off points. At the end of Season 1, that was from the books. We have new owners of a crazy hotel in town, and we kind of went off the rails with that. And everything else is pretty much new and crazy and not Charlaine Harris approved, but hopefully, she’ll like it.” 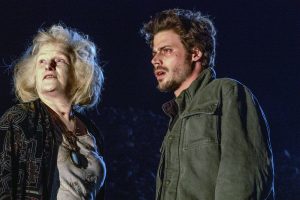 That may be good news for fans who read through all the books and are itching for new Midnight, Texas stories.

“It’s two months after the finale,” co-creator Eric Charmelo said. “We have three new recurring characters this season. Nestor Carbonell plays a character named Healer Kai. He’s the owner of the new hotel. His wife is a character named Patience, and she’s played by Jaime Ray Newman. And we have a new character called Walker Chisum, who is a gay cowboy demon hunter. So he doesn’t hunt gay demons, but he himself is gay.” 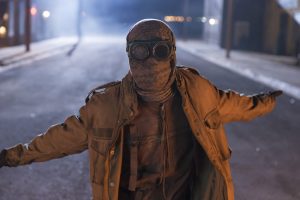 “It’s certainly going to cause complications,” Snyder said. “We will have a love triangle. We actually have a quite a few love triangles this season.”

The hotel in question was suggested by Harris’s books, but Snyder and Charmelo ran with it on their own.

Well, Charlaine set it up in the books that there’s a new hotel in town, but we drastically changed what the hotel was,” Snyder said. “It’s pretty crazy.” 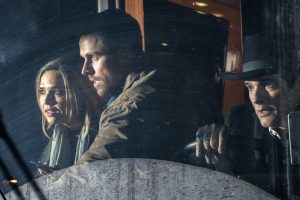 Charmelo added, “Ultimately, what we wanted to do, we wanted to continue exploring the themes from Season 1 where Midnight is this town of outcasts. It’s a town without borders. It’s like this sanctuary city of sorts. And it’s where people who are different can escape to without being persecuted, and it just felt like it was more timely than ever. And in the midst of Midnight, you find this hotel opening. And it’s, like, this New Age-y kind of spa retreat hotel that is owned by an energy healer named Kai, played by Nestor Carbonell. He proposes this very provocative question for the Midnighters over the course of the season, and he basically proposes, “If being different was a choice, if being born different was a choice, would you choose to assimilate in order to avoid persecution, or would you choose to maintain your differences because that which makes you different is also what makes you special?” And it creates this clear divide for our townsfolk this season.” 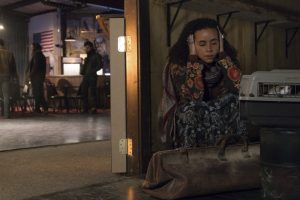 “Mr. Snuggly faces some challenges this year,” Snyder said. “He interacts with a dog. We also learn that he was once human. Mr. Snuggly has been, oh, so fun to work with. We cannot make him talk unless he eats a lot of peanut butter, which has been a challenge.”

TCA: Midnight Texas Goes Beyond The Books In Season 2