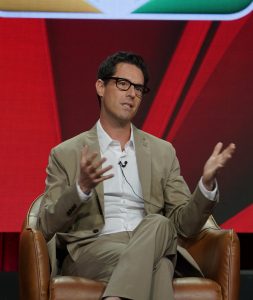 Medical dramas has been fertile ground for television. Every patient has a unique story that can be the emotional subplot of St. Elsewhere or E/R, a great mystery like House or even bittersweet comedy like Scrubs. NBC’s new medical drama New Amsterdam hopes to illuminate real issues facing hospitals and perhaps make a difference in the real world.

“We’re a public hospital in New York, so we want to reflect both the patient population and the doctors who choose to make half as much money as they could in a private hospital by being at a public hospital,” Schulner said. “Working twice as hard for half the money, but it’s a choice, a very altruistic, hopeful choice and, yeah, proud of all of them.” 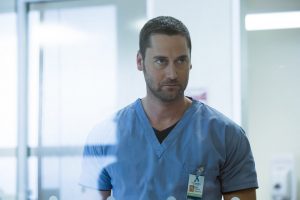 The pilot introudces Dr. Max Goodwin (Ryan Eggold) who comes to New Amsterdam to make major changes. He fires the doctors responsible for racking up costs in unnecessary tests for one. Anyone who’s been through the health care system themselves or with a loved one will know what Goodwin is talking about, but it may be new to regular NBC viewers. 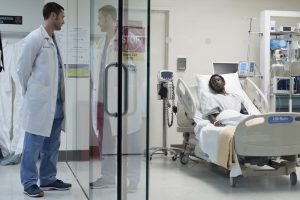 “Leading up to the election, everyone was talking about immigration and health care and having the most incredible, passionate conversations everywhere you would go,” Schulner said. “This is what we were all talking about, and I thought, ‘Why would I want to write about anything else?’ So I decided to use all these great conversations we were having and look for a way in to talk about it.” 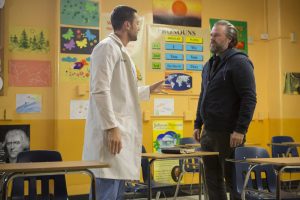 New Amsterdam was inspired by stories of doctors and patients at Bellevue Hospital, but of course it is universal.

“I found this book called Life and Death at Bellevue Hospital: Twelve Patients by Dr. Eric Manheimer, who was the medical director of Bellevue in New York for 15 years,” Schulner said. “And when he came in, the hospital was at its lowest point in its 264year history. It’s the first public hospital in America. And it was his 15year struggle to restore it to its glory. And I thought this is a great way to talk about not only great patient stories and doctor stories, but talk about health care as a system that, no matter what side of the aisle you’re on, everyone agrees it’s broken, and everyone wants to see a way we can fix it. So that was the way in.”

TCA: New Amsterdam Is A Medical Drama That Can Make A Real Difference