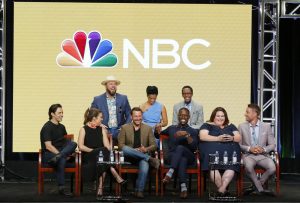 On a Television Critics Association panel for season two of This Is Us, series creator showed a clip from season two. The scene is between Randall (Sterling K. Brown) and his mother Rebecca (Mandy Moore). Randall and his wife Beth (Susan Kelechi Watson) were planning to adopt but Beth has raised some concerns, so Randall is asking his mother how she was so sure about adopting him.

It turns out, she wasn’t. A flashback shows Jack (Milo Ventimiglia) showing Rebecca the infants in the hospital, including baby Randall who was just turned in by the fire department. We don’t see Rebecca say no but she tells Randall that she did. Jack was just so upbeat and determined, he convinced her.

“Sometimes in marriage, someone has to push to make the big moves,” Rebecca says. “Oftentimes in our marriage, it was your father. He pushed a stranger on me and that stranger became my child and that child became my life. He became you.”

So yeah, try interviewing people after watching that. Fogelman also revealed a guest star for season two, no less than Sylvester Stallone.

“Kevin [Justin Hartley] is shooting his movie and we needed a big costar,” Fogelman said. “Sly Stallone is going to come and do a huge part as Justin’s costar/father figure in the film he’s actually shooting. Milo obviously knows him really well [from Rocky Bablboa]. That was a big reason he’s doing it.” 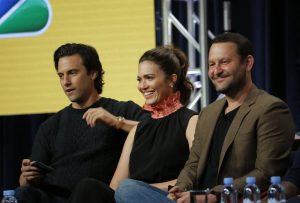 Fogelman also offered details on where both stories pick up after the summer hiatus. “The present day story, the story of the big three kids, a little bit of time has passed,” Fogelman said. “We’re catching up to them a month or two later. We’re picking up on their 37th’ birthday. The pilot was their 36th. Randall and Beth proceed on this adoption quest, Kate [Chrissy Metz] as she progresses on her singing career, Kevin as he works on his film and works on his relationship with his ex-wife. The past story picks up the day after the big fight between Jack and Rebecca.” 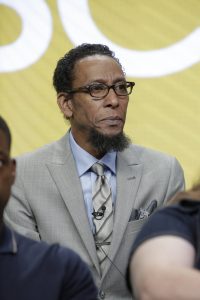 Ron Cephas Jones was on the panel as well, and Fogelman confirms William will remain integral to the story. “It was always part of our plan,” Fogelman said. “The very nature of the show is you’re jumping in time. You’re watching how the past informs the present. We on occasion can have a ghost having a conversation with somebody or a character tripping on mushrooms. Usually the characters exist in scenes that happen to exist in earlier times. Ron is very much opening our season. Milo’s been dead the entire series. He’s nominated for an Emmy right now. Someone dying really doesn’t effect things.”

How Jack dies has intrigued fans since Kate introduced Toby (Chris Sullivan) to his urn. Fogelman promised a little resolution, if not complete. “If that is a question that’s haunting people, the second season they’ll get all the answers they need,” Foelman said. “The first episode has a big giant piece of the puzzle that will potentially set the internet abuzz but also give some momentum towards that storyline. I always talk about Jack’s death as this hinge on which this family swings. That’s what this season is about, that hinge. You can’t appreciate the family without that. Imagine if X thing in your life hadn’t happened. Then your life wouldn’t be your life. It gives a lot of places to go with this family. There’s a lot of healing to be done. There’s a lot we’re going to do with Jack this season. I think our first episode will feed the beast enough. Our plan that we’ve always had will fulfill people and not get overweighted one way or the other.” 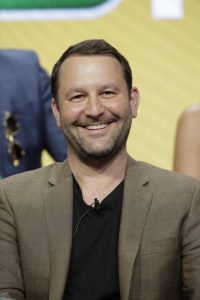 Miguel (Jon Huertas) will take more time but Fogelman is determined to make you love him.

“It’s not just this season but future seasons we have planned out where Miguel’s place in the story becomes bigger and bigger,” Fogelman said. “I think we can get him to become this beloved character you’re rooting for. It takes a minute, like with any stepfather or new marriage for the kids. For fans of the show, it’s going to take a moment. It’s not going to happen overnight.”

This Is Us returns Tuesday, September 26 at 9PM on NBC. 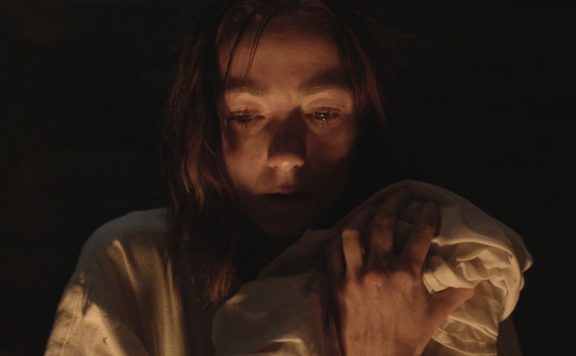 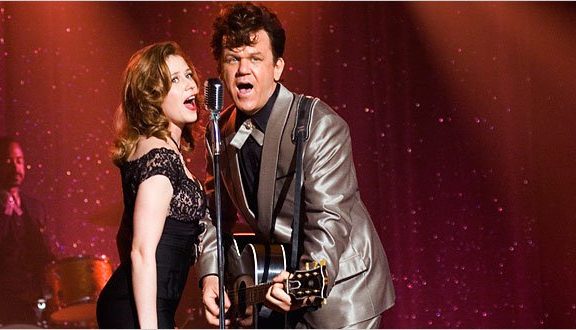 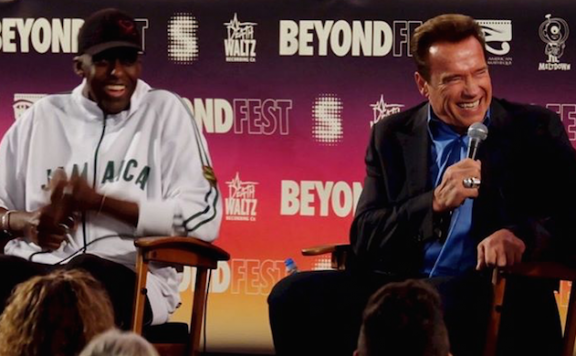 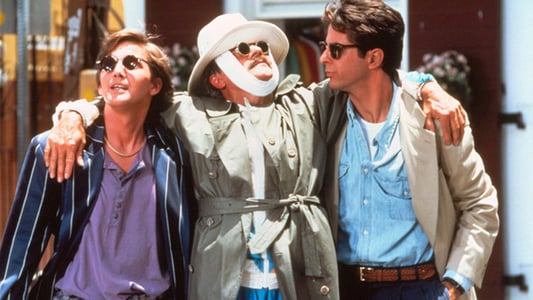