It takes a very comfortable and confident show to allow itself three years between new episodes. It also takes a very understanding distributor/network who offers the show’s creators all the time and space they need to deliver a quality product. It’s not always easy to get viewers back when a show is gone for an extended period, especially in this streaming world, where there’s always something new to binge, always something new and shiny to get all the attention and love. But some shows never need to worry about that. Some shows will never need to fight to get their audience back. Dedicated audiences will wait ten years for a show’s return. One of those shows is Barry.

It’s been almost three years since the last episode of Barry aired back in May 2019. The comedy series stars Bill Hader as Barry, a professional hitman who is a depressed former Marine suffering from PTSD, believing the only thing he’s qualified to do is kill people. While on an assignment to kill an actor in Los Angeles, Barry stumbles across an acting class run by Gene Cousineau, played by Henry Winkler. Barry falls in love with acting and decides he wants to give up being a professional assassin and learn to be an actor. The premise overcomes its potential for standard sit-com cheesiness through incredible writing and acting. The first two seasons tell a complicated story involving Chechnyan and Bolivian drug cartels, Barry’s even more complicated love life, and his desperate attempt to leave his past behind.

As season three begins, Barry’s former handler, Fuches (Stephen Root), is being blamed for a massacre of rival gangs that ended season two. Barry is cleared of all wrongdoing, but there’s one person who knows what Barry did, and that’s Gene. Gene has a plan to get payback on Barry for killing his girlfriend, but it goes all wrong, leaving Gene at Barry’s mercy. But Barry is sinking even deeper into a depression, desperate for a purpose, and he sees an opportunity to make things right with Gene. 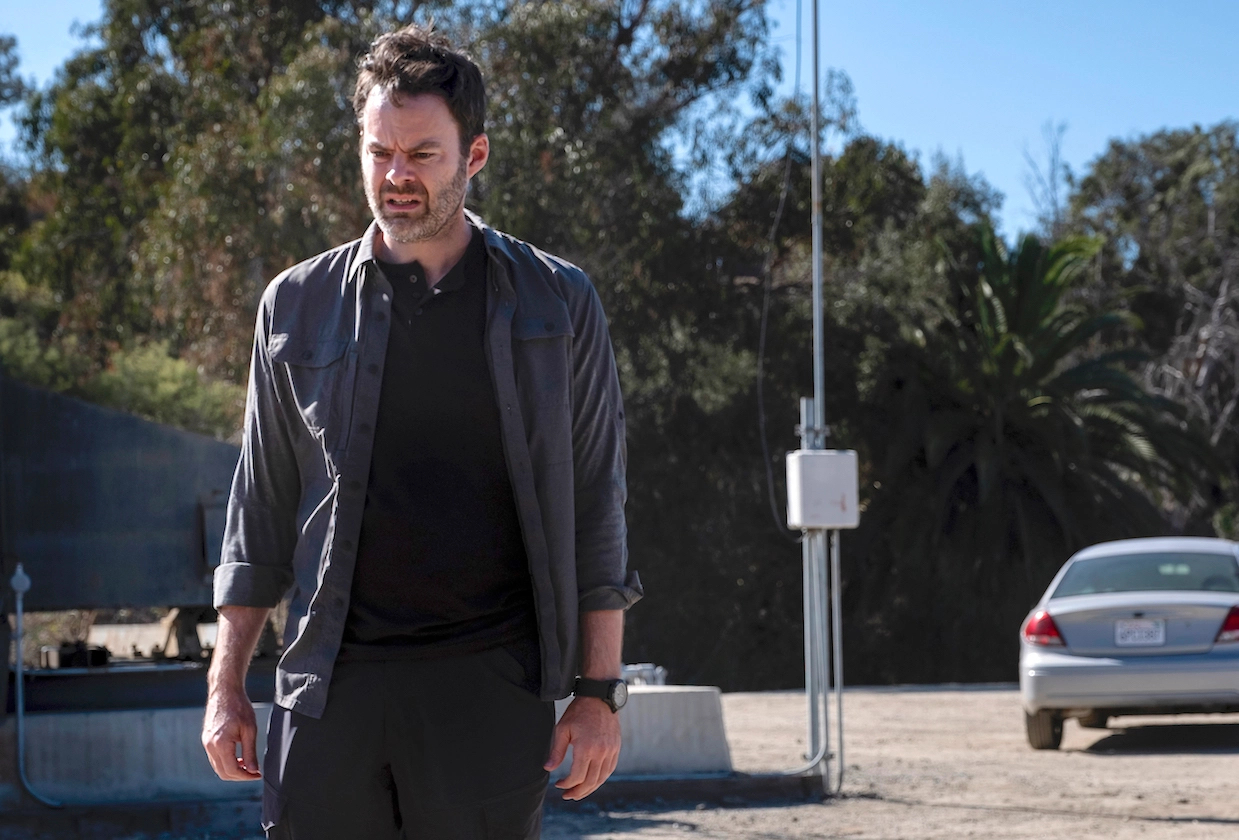 Meanwhile, Sally (Sarah Goldberg) has sold her series and is being treated like a big shot by the studio as it ramps up to its big premiere. Sally has everything she’s ever wanted and has wholly embraced the Hollywood lifestyle, including demeaning her female assistants and having blithely become the very thing she used to deride.

NoHo Hank (Anthony Carrigan) is also back, which, in itself, is worthy of celebration. He’s dealing with his own personal conflicts, as his gang of Chechyan mobsters plot for war against the Bolivians.

Details of what happens in season three will not be revealed here. Just let it be said that any concerns anyone may have about the long layoff between seasons affecting the quality of the show or an audience’s ability to appreciate it couldn’t be more unfounded.

As good as the first two seasons were, season three is not just the best season of Barry yet; it’s one of the best seasons of any television show in recent memory. Barry creators Alec Berg and Hader have crafted a show that truly redefines black comedy and pushes the envelope of the genre. Every element works together seamlessly to deliver brisk, packed, profound, emotional, disturbing, and hilarious half-hour episodes that are so delectably perfect that it makes you feel sorry for every other show. At the absolute center of the genius of Barry is the writing. Headed by Hader and Berg, the writing team has found that sweet spot in telling a story and giving us characters that span the spectrum of emotions and personalities, tapping into everything from dread to hope, joy and fear, pain and survival. There is such a fine line being walked between Barry’s dark despair and the goofiness that sometimes swirls around him, and finding that pinpoint tone is much harder than it looks.

It is in the tone where Barry finds its groove. From the deep recesses of darkness that consume Barry to the outwardly comical, almost Stooges-like physical comedy of the Chechyian drug lords to the skewing Hollywood satire of Sally’s newfound success, Barry ebbs and flows with ease between scenes, moment to moment, sometimes merging elements within a scene, as the audience literally explodes with laughter while simultaneously cringing in horror. The purpose of black comedy is to make an audience uncomfortable in its amusement. In Barry, the juxtaposition between funny and dark is often not just in a single scene, but sometimes even in a single moment.

The writing, as good as it is, only works because it is delivered by the most perfectly cast group of actors, all master comedians who prove the age-old adage that comedians are the best actors. In all the hoopla around Ted Lasso in the past two years, it’s easy to forget that, before Jason Sudeikis, it was Bill Hader who had won the Emmy for Best Lead Actor in a Comedy Series two years in a row. And Henry Winkler won for Best Supporting Actor in a Comedy for Barry’s first season. Hader and Winkler’s performances are the two foundations around which everything else in Barry is built. In season three, they take their characters to even deeper levels, even more resonant, even more compelling. Hader’s performance in season three is even stronger than his Emmy-winning performances in seasons one and two, which is only hard to believe until you see it. 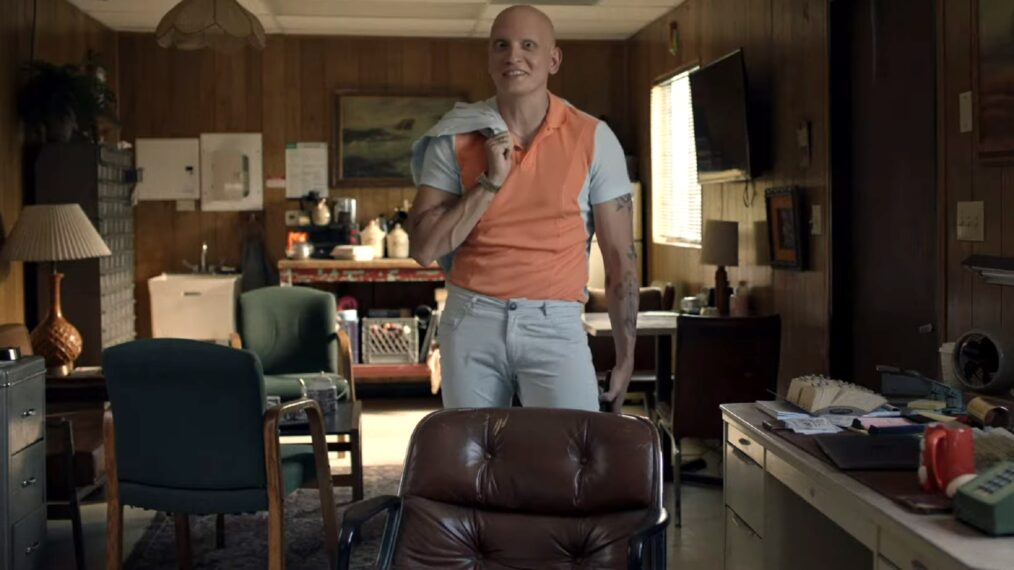 As for the incredible cast that supports Hader and Winkler, there is no shortage of expectation-defying genius there, either. The masterful Stephen Root, the veteran comic actor who has stolen every scene he’s ever been in, finds a new gear as Barry’s conflicted nemesis, and Anthony Carrigan manages to take beloved NoHo Hank to new heights of silliness, camp, and true comic genius. There is perhaps no more enjoyable character to spend time with than NoHo Hank, and Carrigan deserves to be a star.

The only negative in the experience of Barry is and has continued to be, since the first season, the continued focus on Sally’s story. Her storyline has always served more as an unwelcome distraction than any true purveyor of plot or purpose for the show. The character is grating, and Goldberg’s performance manages to amplify all the worst elements of Sally. It’s unfortunate that so much time is given to her storyline when it doesn’t contribute much to the story.

Still, it is the only quibble in a show that is largely perfect, a wall-to-wall genre-bending acting masterclass that somehow manages to blend physical comedy, sight gags, motorcycle chases, explosions, hitmen, drug cartels, Hollywood satire, mental illness, camp and trauma into eight perfect half-hour increments. Do yourself a favor, do not sleep on this show. In a sea of shows, this is the one that should be at the top of your list. Just don’t be mad at me when it ends too quickly, and you’re left to wait another three years for season four. But it will be worth the wait. 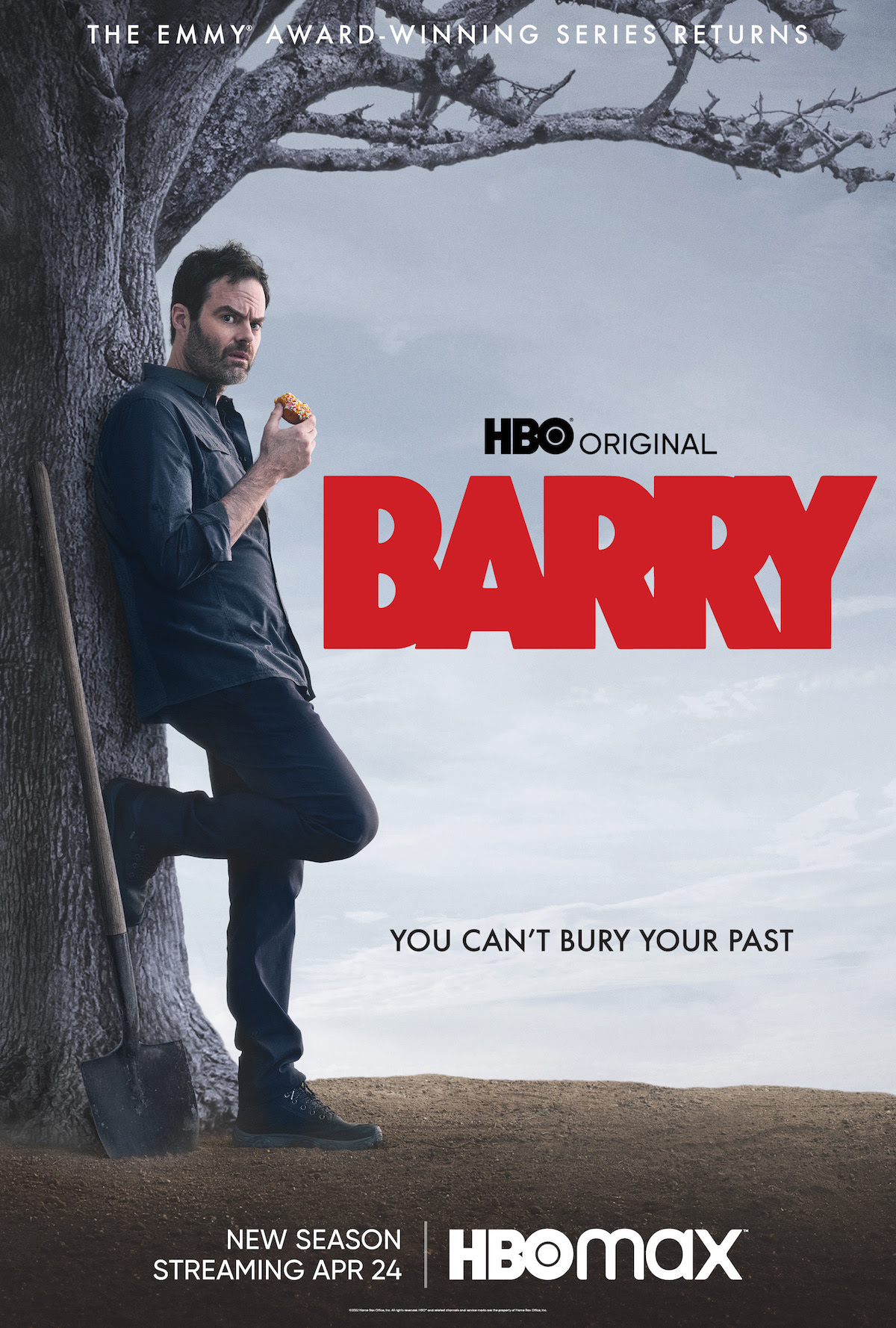 TV Review: Barry’s 3rd Season Has Arrived, And Was So Worth The Wait