This Is Us “The Game Plan” Review

In the next episode “The Game Plan,” Kevin is wearing out his welcome at Randall’s and as a result offers the hotel room to Beth and Randall for a night away, which doesn’t turn out quite as they expect. Meanwhile, Kevin and William are watching the girls and get into an adult conversation about death and dying, which Kevin feels terrible about having with the girls. William gives Kevin a surprisingly uplifting speech about self-confidence and we get a little more insight into who Kevin is.

Jack and Rebecca are seen in their lives before the kids and before the pregnancy. We get to see their love of football, in particular, the Pittsburgh Steelers, and a disagreement they have about their future and their future with kids. Rebecca begs Jack to teach her about football early in the episode, and we get to see how that love of football manifests in her. It is a treat in this episode to hear Rebecca sing at a bar during the game.

Kate is struggling to communicate with Toby that she wants to watch the football game alone. To try something new, she attempts to go to watch the game at Toby’s but isn’t happy, so she says she doesn’t feel well. Toby continues to push her until she tells him what her ritual is with football and that it involves her father.

While at the hotel, Beth and Randall have a much different night than they anticipated. They are forced to think about and talk about the future they have planned for themselves. Randall has ideas he hasn’t shared with Beth and Beth has feelings about where she wants her life to go, now that the girls are older. 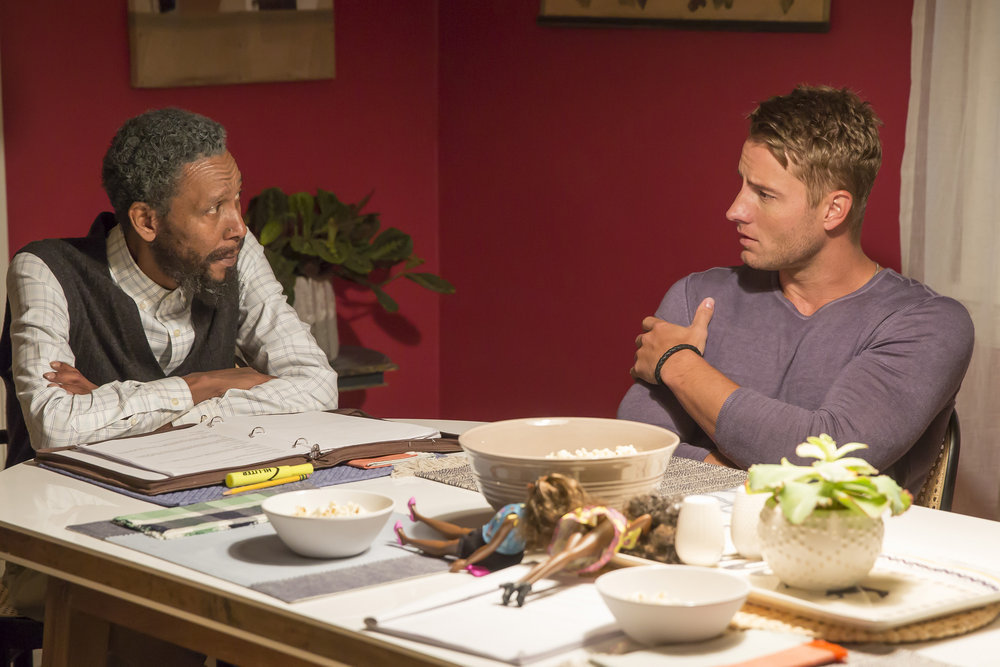 This episode of “This Is Us” has two of the most emotional scenes since the first episode of the series. There is a conversation that Jack and Rebecca have about kids, and it is so realistic and emotionally raw. The second scene is actually between Kevin and the girls where he talks about life and the cycle of life and where everyone’s place is in it. It ends out the episode and is truly a beautifully written piece of television.