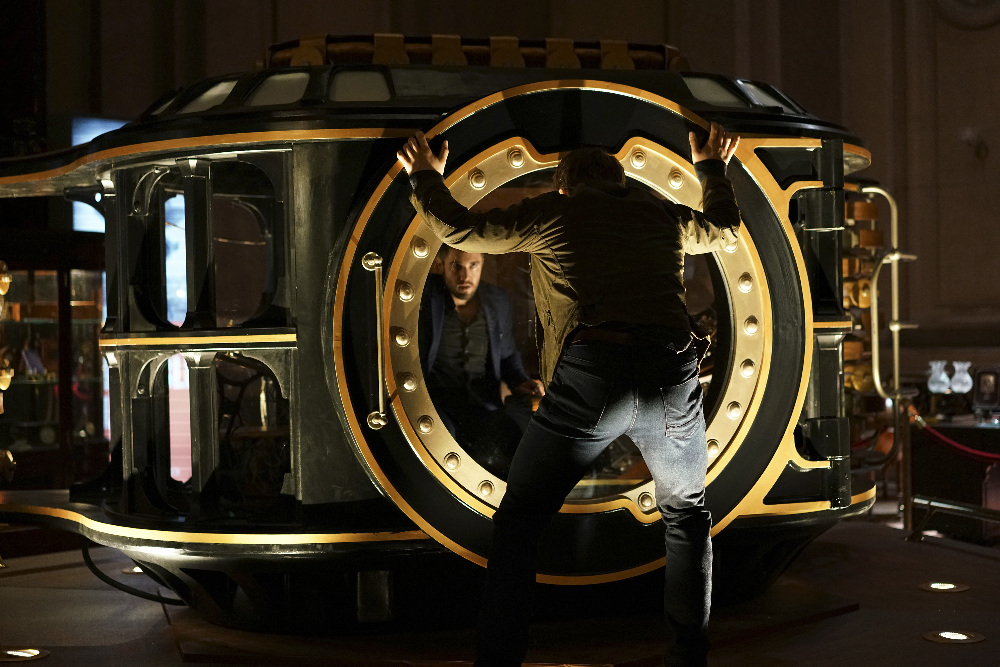 Time After Time “I Will Catch You” Review

The battle between H.G. and John continues as HG and Vanessa try frantically to get Jane back and not give a key to the Time Machine to a murderer. John has taken Jane to an apartment where she learns that he has taken the female owner hostage as well. He uses the hostage to keep Jane from trying to escape. Jane tries to appeal to John’s ego by telling him that he is a famous killer, but it angers him to know that no one knows his name.  Meanwhile, HG and Vanessa are working to figure out how to get Jane back. John contacts HG to meet him at Central Park, alone. Against HG’s wishes, Vanessa has her bodyguards tag along and follow him, causing John to be spooked and run. HG, angry with Vanessa, leaves her place and starts wandering around when he runs into a red-headed man. HG realizes the man is following him and loses him. It is only at the end of the episode that we realize we have no idea who this red-headed man is or for whom he works.

We learn a little more about the relationship between HG and Vanessa. They know little about how they are related, but they are. Vanessa tells HG that he came to her one time in college spouting out random things and told her to find the time machine. This got Vanessa involved, and with the money from her parent’s biotech company, she found the time machine. While at Vanessa’s house, we get to meet Griffin, Vanessa’s husband. We learn little about him other than he is running for Senator and a weird exchange between him and HG plants a seed of suspicion, not knowing his motives.

HG has headed to the museum where the time machine is held where he finds Jane and John. He gives John the key but disables the time machine so John can’t get away. Furious, John lunges at him, there is a struggle and John escapes. Once safely away in a bar, he contacts HG and says he will murder someone every day until he gets the key to the time machine.

The relationship between Jane and HG develops in this episode. There are cute moments where they stare into each other’s eyes or flirt. The chemistry between these two characters works well, which make the story so great. The casting couldn’t have been more perfect, and I can’t wait to see where the show goes.

Time After Time “I Will Catch You” Review

Time After Time "I Will Catch You" Review The battle between H.G. and John continues as HG and Vanessa try frantically to get Jane back and not give a key to the Time Machine to a murderer. John has taken Jane to an apartment where she l...
0
Average User Rating
0 votes
Please sign in to rate.