This episode of Timeless has a lot of drama. Rufus is confronting Connor about what happened in the previous episode with his car and speaking to the people from Rittenhouse. Agent Christopher is in the middle of informing Wyatt that he is being replaced due to his lack of performance with killing Flynn. Before they can replace him, the team is alerted that Garcia Flynn has surfaced in San Antonio, TX in March of 1836, just before the Alamo. Wyatt has to take one more trip with his team.

Back at the Alamo, we see Garcia Flynn has come to support the Mexican army and wanted to help crush the rebellion.

When the group arrives, they try to find Flynn at the Alamo on the American side and have no luck. They talk to Colonel Travis, Davey Crockett and more of the famous men who are set to die there in just a few short days. Flynn murders one of the prematurely, setting into motion the attack on the Alamo weeks before it was supposed to happen. Santa Ana has given the order to kill everyone and take no prisoners, including women and children. At the point, we see a shift in Flynn’s character, begging Santa Ana not to kill the women and children. 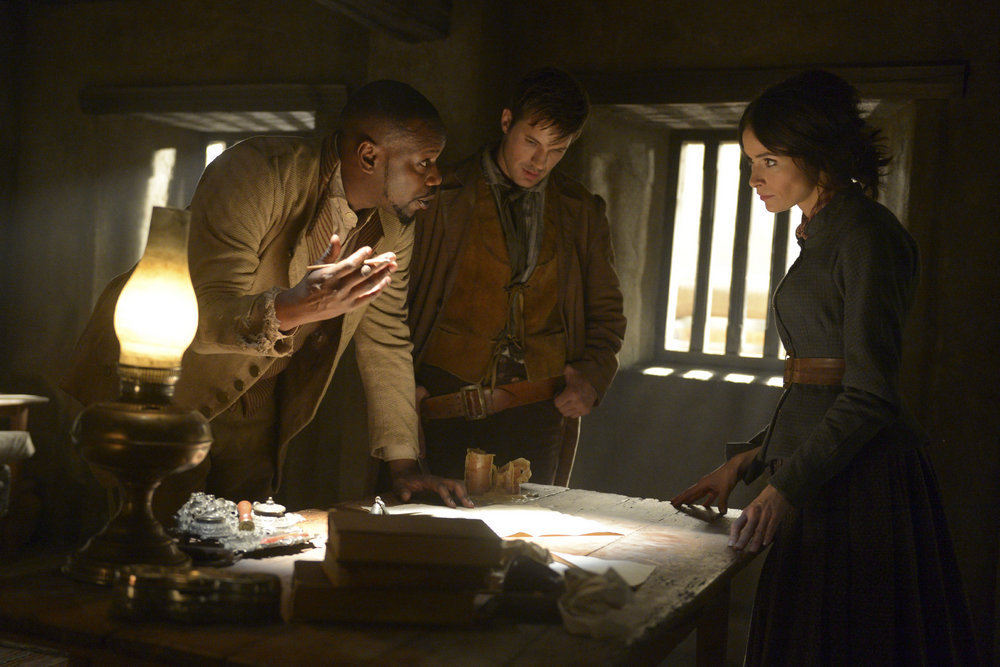 Rufus, Lucy, and Wyatt are working to try to get the women and children out and help the men get more support. During this episode, we get a lot more background about Wyatt and his military history. It is the best performance by Matt Lanter to date. He is emotional and touching in this episode. Lucy has to beg Wyatt to stay with them and leave the Alamo. The group escapes and they make it back home.

Once back, they read the story and the Alamo happened as it should. Lucy and Rufus refuse to let them get rid of Wyatt and give the directors no choice but to keep him. Lucy returns home where her mother finally reveals some details about her father and gives her a piece of paper with his name on it.

While on his way out, Wyatt runs into the man who was to replace him. When asked when Wyatt is coming back to base he says he will be here a while. He has a new team. 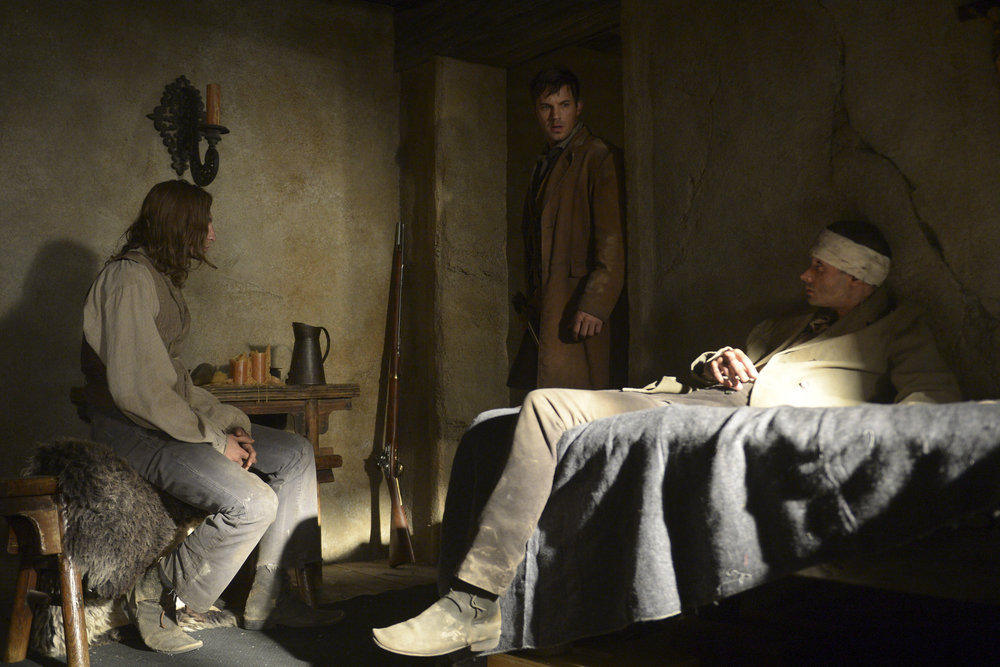 Overall, this episode was pretty great. We got to see more of a focus on Wyatt and his character and the men at the Alamo. It wasn’t clear what Flynn’s intentions were with the Alamo and what he planned to get out of it. The costumes and set design, as usual, are phenomenal. Timeless is a highlight of my week. Make sure to check it out on Mondays on NBC.