The episode opens with the death of Bonnie and Clyde and then the camera zooms into the necklace that Bonnie is wearing. Perhaps one of the most romantic episodes of

Perhaps one of the most romantic episodes of Timeless finds us back in 1934 Arkansas where Lucy and Wyatt come in contact with Bonnie and Clyde. While they are stuck in the bank, Rufus is the look out, and they end up being separated. Wyatt and Lucy go with Bonnie and Clyde to their cabin. At the cabin, they have to convince Bonnie and Clyde that they are a couple and to do so; they end up kissing. Wyatt also tells a charming story of their engagement, but he uses his engagement with Jessica. It is a beautiful moment in the show. Through conversation, they find the necklace was stolen from Henry Ford. On it, Lucy sees an inscription in Latin that says “the key to the beginning of all time and the key to the ending of all time.” What an ominous inscription! 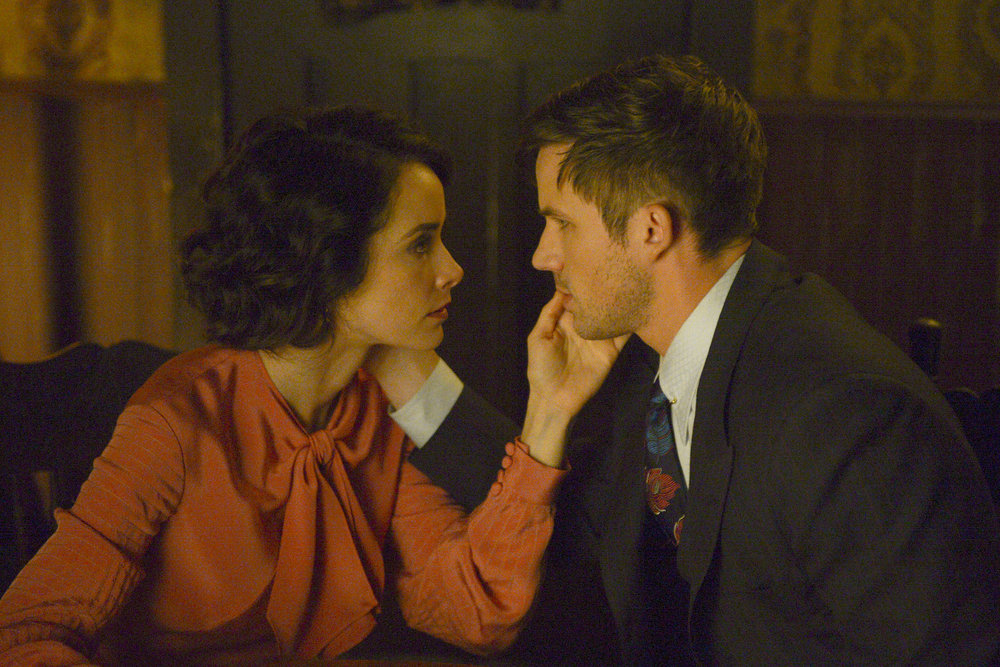 Rufus gets taken by the cops and questioned for his involvement. He was able to get out of the situation by using his fake ID. He narrowly escapes Flynn and heads to warn Lucy and Wyatt that the cops are coming after Bonnie and Clyde. The cops arrive, and Bonnie and Clyde are killed. Flynn gets the necklace and the team comes home safe but defeated.

This episode sees Agent Christopher and Connor Mason finally butting heads about the case. Agent Christopher is becoming more and more untrusting of Connor and his involvement. She focuses more on Rittenhouse as the investigation continues. This makes Connor nervous, and he heads to Rittenhouse to tell them. Meanwhile, Agent Christopher decides to take another path, bringing one of the teammates into the confusion.

The episode closes with Flynn using the key inside a clock. The clock spins and opens, revealing a paper with a red seal. There is a shock on Flynn’s face, and the episode ends leaving us with a HUGE cliffhanger. This episode progresses a lot of the storylines including the one with Lucy and Wyatt. We are left with a moment where we can’t see where the show is going next. What an exciting way to leave it until next week.