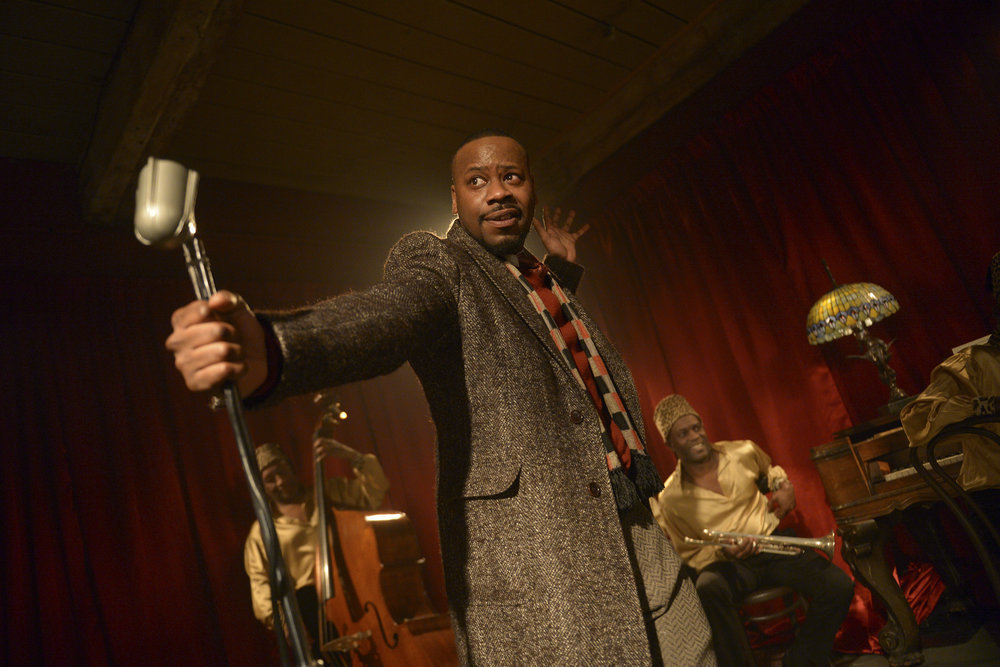 Picking up where we left off, Lucy is talking to her father, Benjamin Cahill, about Rittenhouse. Her father spends time telling her how he cares about her and she fights back that he doesn’t care. He keeps telling her that Rittenhouse is good and that it isn’t a choice, it is a legacy and in her blood. Lucy heads to her mother to ask her about her father. She doesn’t have that much information for her.

Wyatt is still in custody with Agent Christopher. She tells Wyatt she has gotten him a defense lawyer and wished him luck. Wyatt shows remorse and says he deserves it. Lucy tells Agent Christopher and Rufus who her father is while they discover that Flynn had headed to Paris 1927 when Charles Lindberg landed the first trans-Atlantic solo flight. Lucy toys with the idea of letting Flynn torch history and tries to convince Agent Christopher and Rufus, but Rufus is determined to go to protect people. Agent Christopher tells them they are going with a new person, David Baumgardner.

In 1927, Flynn and Emma are working on setting something up and discussing the past. She asks about the diary, and he doesn’t give any information. They have a gun pointed at the airplane and make it clear they don’t intend to kill him, just make him have to land early. The plane comes down and out comes Charles Lindberg.

Lucy, Rufus, and David arrive to find that the plane has crashed and is burning. David points out that the plane landed and wasn’t killed in the crash. While searching, they come in contact with Ernest Hemingway. Hemingway offers to help them track down where the cigarette is from that they find on the ground. They enter a club, The Dingo Bar, where Josephine Baker is performing. At the club, there are so many famous people from Picasso to F. Scott Fitzgerald.

Back at the compound, there are men in suits swarming the entire place. Jake Neville, from the NSA, is taking over the project. The FBI is removed along with Agent Christopher. She heads to see Wyatt and tells her what has happened. Wyatt doesn’t think it is right and doesn’t understand how Neville could have gotten the clearance for the project so quickly. He thinks it was organized and it is a coup.

Flynn and Emma have Charles Lindberg locked away in a cell. They need to find him medication for his pain and Emma leaves to go to the Dingo Bar. Emma arrives at the bar and the team spots her. The engage in a gun battle. The man with Emma is injured, and they discover that Dave has been killed. They head to Josephine’s, and they are so torn on what they should do. Ernest Hemingway volunteers to be their soldier and help them continue their journey to find Flynn. They find the chateau where they are keeping Lindberg. Lucy is taken by Flynn, and she confronts him about why he didn’t tell her who her father was.

Lucy is taken by Flynn, and she confronts him about why he didn’t tell her who her father was. Flynn tries to convince her how bad Lindberg is but Lucy says she can change his mind. Lucy enters the cell to talk to him. Lindberg recognizes her last name, and they discuss Rittenhouse. Lindberg tells her that his father and Rittenhouse are the ones who want him to say terrible things about a certain group of people and villainize them. They open up to each other and Lucy tells him about her sister and family.

Rufus and Hemingway are searching for Lucy. Rufus has a breakdown and tells him he has no idea what he’s doing or what to do. Hemingway gives a speech to Rufus about what he can do about his past and his dead friends. He inspires Rufus to fight and do something to help and get riled up. Rufus returns his vigor and anger, and Rufus realizes that they have taken Lucy to the catacombs underneath them. 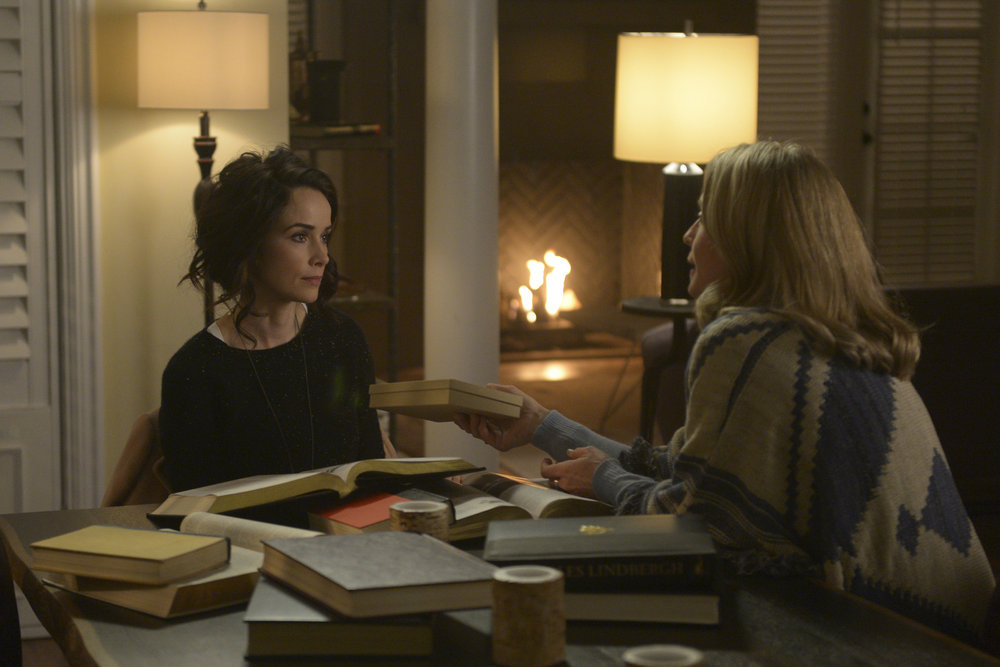 Lucy and Lindberg are talking, and Flynn is recording what they are saying, He uses the information to get to the people in Rittenhouse. Flynn does to Mr. Charvet’s house and tells him they need to talk.

Agent Christopher and Wyatt are talking and trying to figure out what Rittenhouse is up to. They figure out that Rittenhouse is in control of Mason Industries. She tells Wyatt that Benjamin is Lucy’s biological father. Agent Christopher tells Rufus that he needs to help them. He doesn’t think he can help anyone., He is emotional and can’t seem to get motivated. He is too upset by the situation and Jessica being dead. She leaves him with a paper clip.

Down in the catacombs, Hemingway and Rufus are searching for Lucy. The man guarding Lucy and Lindberg hears them coming and comes after them with a gun. They trick him and come to rescue Lucy. Emma tries to stop them when Rufus says that she’s either coming with them or letting them pass. She decides to let them all go. He tells her to be careful and that Flynn isn’t great at taking care of his pilots. Back at Josephine’s house, they leave Lindberg with her to help him find the life he wants.

Back at Mason Industries, the Rufus and Lucy are greeted by the strange people at the compound. They discover that Agent Christopher has been replaced. Mr. Neville asks Rufus and Lucy multiple questions about their interactions with people in the past.

Lucy is back at home and discovers that Lindberg still became the same jerk he was before. Her mother gives her the diary that Flynn would have to guide his missions.

Wyatt is on the move and trying to escape from the place they are hiding him. Rufus, Lucy and Agent Christopher meet Wyatt in an undisclosed area. Agent Christopher tells them that the agents in charge are with Rittenhouse. They start to freak out but Wyatt reassures them. He is determined that he is meant to do something. They all decide that they must fight Rittenhouse and that is where the episode ends.

Of course, the set design and the costume design in the episode are phenomenal. I’m glad to see some of the most inspirational writers on screen. The dynamic set up between Rufus, Wyatt, Lucy, and Agent Christopher should be great. The season is heading in a great direction, and I am anxiously awaiting the announcement of a second season.