Timeless “The Murder of Jesse James.”

Timeless opens with Wyatt in prison confronting the person who murdered his wife. He confronts him to tell him if he is the person who killed his wife. The murderer tells him that he would change what he did if he could, and Wyatt responds with “unless I have a time machine.” Lucy is home and now sees her sister, and it turns out to be a dream.

Back at the compound, Jiya and Rufus are together. Jiya tells Rufus that she is going to be the next lifeboat pilot. Connor tells Rufus that she is set to replace him in six months. They find that Flynn has jumped to April 3rd, 1882 and the murder of Jesse James. Jesse James and his conspirators are talking about their next bank heist. Jesse was cleaning when his friends were about to shoot him in the back, and Flynn came in to murder them and save his life. He tells Jesse that he has an offer for him. 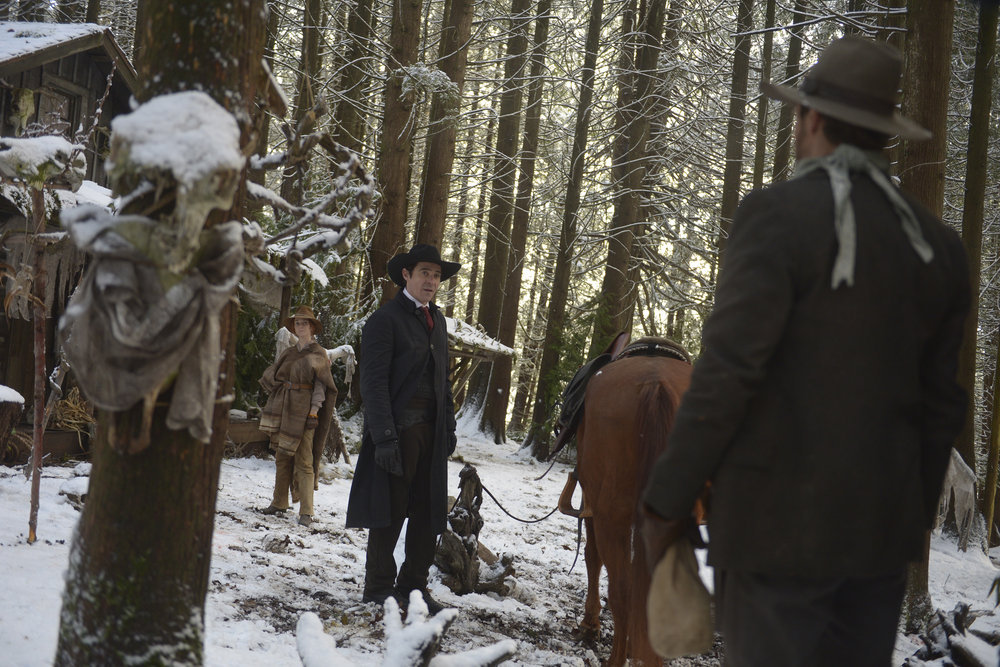 Wyatt, Rufus, and Lucy arrive too late to save him. They ask Lucy what she thinks Flynn is doing but she is in a daze. Flynn and Jesse meet to discuss what they’re going to do. It is deep in Indian territory. Flynn says that at the end of the search, there is a person and he has to bribe Jesse to do the job. Flynn sees how reckless Jesse is before they set out.

Wyatt, Lucy, Rufus are still behind, and Wyatt is getting frustrated with Lucy. Wyatt suggests that they get a local guide, who happens to be the guy that the Lone Ranger is based upon, Bass Reeves. Rufus is stunned to find that the Lone Ranger is black. Once in his house, they tell him what happened. Lucy appeals to his history and gains his help and trust.

Meanwhile, at the compound, Jiya is attempting to fly the lifeboat and is struggling with getting it right. She keeps trying to get it right. Connor is up to something and is acting crazy. Jiya tells another person at the compound they need to check the flight logs for something so she can get into the computer.

A Native American named Grant comes who turns out to be Tonto. They come through the town, and everyone is looking at them. Rufus asks why and its because they are black and Native American. They find out where they have gone and head out to meet them.

Flynn sees them while Jesse is showing off. Flynn seems frustrated with Jesse and his questions. He has drawn the attention of the local Native Americans. Jesse’s response is to shoot them. Rufus and the game come up upon the carnage. Bass and Grant work to bury the dead. The group gets a chance to ask Bass about his work and experiences. Rufus and Wyatt discuss whether or not they plan to kill Jesse or not. Wyatt finally tells the group that he had seen Jessica’s murderer. The team gets to have a heart to heart on their feelings and experiences. It is a heartfelt moment that strengthens the bond between the characters. Lucy says she doesn’t want to do the job anymore and just wants her sister back and to go home.

The next day, they start their journey back. Flynn and Jesse come upon the building they needed. Flynn tells them that they come from the same place. A woman comes out, and Flynn wants to speak with her. Her cabin is filled with pieces of technology and computer parts. Flynn reveals that she was a pilot for Mason and Rittenhouse. They used her, and she found a way out. Mason thinks Emma is dead. Emma tells him that she knows much more than he does about what Rittenhouse is going to do. She agrees to come, and they are set to leave. Jesse won’t let them leave without giving him the semi-automatic rifle he has. He wants to use it to take out Bass. They find all the things that Emma had left and Rufus finds out she isn’t dead. 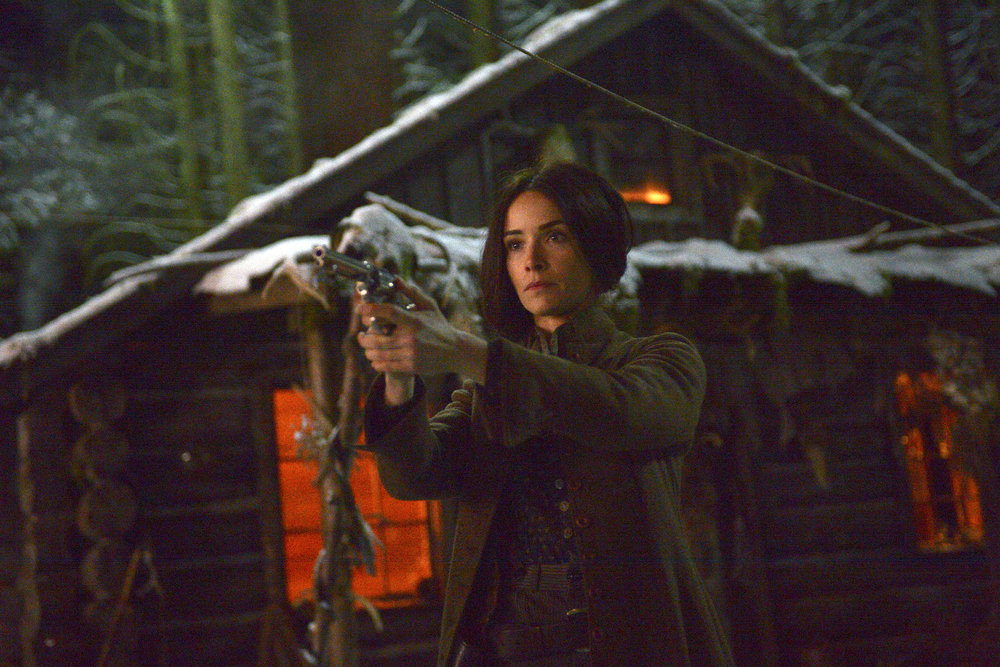 Grant is shot and ends up dying. Wyatt escapes and tries to kill Jesse. Bass tries to stop him from doing it, but instead, Lucy shoots Jesse. Rufus tries to get Bass to talk to reporters so they can know his story. He refuses to do it.

Back at the compound, Rufus tells Connor that they found that Emma is alive. Connor tells Jiya that he knows what she did. He ends up threatening her in front of Rufus. Lucy searches about Jesse while Wyatt and Rufus meet at a bar. Wyatt is asking Rufus to help him figure out how to get Jessica’s murderer not to be able to hurt his wife and the two other women. The scene is emotional, and Wyatt finally opens up.

This episode has some great memorable lines that pack an emotional punch. Every character shows more emotional depth than in the previous episodes. The set design in this episode is beautifully done with the outdoors. Overall, I felt the pacing of the episode was off and felt pretty long. It didn’t move quickly enough through certain points, so the suspense and thrill weren’t as high. The addition of Emma gives us a whole new avenue to explore with Mason and Rittenhouse. I can’t wait for the upcoming episode!