With a glimpse into the morality behind Flynn and his decisions when he speaks with a priest. Mason Industries is still swarming with men in suits. Lucy and Rufus are back at Mason Industries when Jake Neville’s idea is that the team needs to go after and murder Flynn’s mother. They are assigned a new rough and tough man to help murder Flynn’s mother. The team is totally against it and try to refuse. Lucy’s father comes in to speak with her and try to convince her to do what Jake wants. Her father convinces her to participate so that he can help her save her sister.

Once back in 1962, they shoot the man with a tranquilizer and Rufus has installed a worm into the computer system so they can’t track their movements. They reappear with Agent Christopher and Wyatt. They remove the rough and tough soldier when Wyatt says that they need to go get Lucy’s sister. While they’re excited to save Lucy’s sister, Flynn has made another jump. It appears that Flynn is somewhere in Chicago the 1930s and encounters Al Capone where he tries to save Capone from getting caught by warning him about his eventual demise due to tax evasion.

Rufus, Lucy, Wyatt, and Agent Christopher are discussing their next move and they don’t know what to do. Jiya gets a call from Rufus and he tries to explain what happened and what they are going to do. He tries to convince Jiya to try to keep them away from the team and they can’t let them get the time machine. Jake gets very aggressive with her and they put Jiya in a room to keep her from getting in the way. 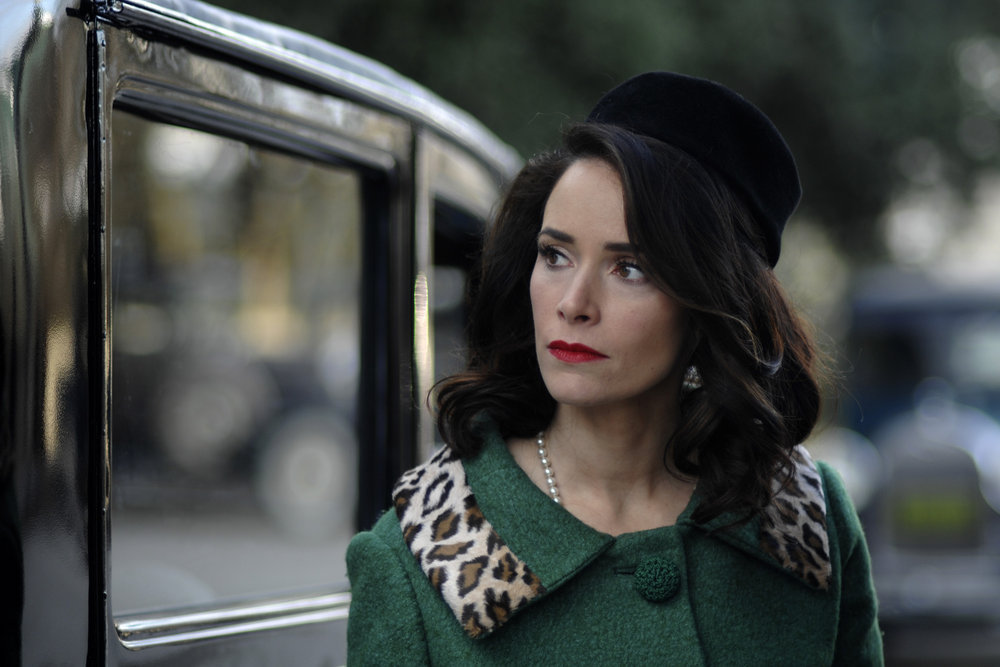 The team takes off in the time machine, leaving Agent Christopher behind. In 1931, the team is completely out of place and not dressed for the occasion. They come across Al Capone giving a speech saying how free he was and realize that Flynn has messed with the past again. Mr. Ness is their next best shot and they try to speak to him.

Back at Mason Industries, Jiya is trying to get out of the room and they come in to interrogate her. She has no idea where they are or what they are doing. She can’t help them but makes his dislike of who Mason really is very well known.

The team is with Mr. Ness and they are trying to figure out what they can do next to find Flynn and Capone when someone knocks on the door and kills Elliot Ness. I was super disappointed in how little Misha Collins was in the episode. The team has to leave the apartment in a hurry. With Ness gone, they only can get help from Richard Hart/ Jimmy Capone, Al Capone’s brother. They want Richard to go and arrest his own brother.

With Al Capone, Flynn wants to speak with the mayor of Chicago, who happens to be a member of Rittenhouse. He plans on asking him a lot of questions and get answers. Flynn is trying to get the information about the big Rittenhouse meeting and when it is. It was in DC two years prior and it only happens every 25 years. Al says he still owes Flynn and Flynn has an idea how to make it up to him.

Lucy tries to get Richard to go visit Al and arrest him. She plays on his emotions of why he wanted to be a cop and what he wanted to accomplish. They arrive at the hotel and start making their way up to the room. In the hotel, Jimmy and Al reunite and reveal things about their past and Jimmy tells him that he plans on bringing him in. The favor Flynn asked was for Al to kill Rufus. The moment is really tense and crazy. Rufus gets shot as Jimmy shoots Al.

Meanwhile, at Mason Industries, Jiya is working with old pieces in a closet to put something together. With these pieces, she makes some type of computer. Her against Mason, she is trying to stop them from getting back into the system. Mason gets back in the system and knows where they are now just as Jiya is able to shut down the entire system. It is a pretty bad ass moment.

Mason is desperately trying to get everything back on track when Lucy’s father comes in to check on him. Mason informs him that they are working on new technology and they are able to find everyone, they will be able to track anyone anywhere at anytime that they want.

Rufus is racing against time to save him by getting him to the lifeboat and home to medical help before he dies. This is a really tense and crazy moment in the show and can you believe that’s how they end it!? This episode has been extremely exciting, intense, and full of action. I can’t wait to see where they go next. Praying for a season 2!