The “God of Mischief” is back and he is “burdened with glorious purpose!” Premiering on Disney+ beginning, June 9th is Loki, which is the latest TV series from Marvel Studios. Tom Hiddleston once again reprises his role as Thor’s brother and is joined by Owen Wilson (Wedding Crashers) as Time Variance Authority agent, Mobius M. Mobius. In addition to Hiddleston and Wilson, the series also features Gugu Mbatha-Raw (The Cloverfield Paradox), Wunmi Mosaku (Luther), Sophia Di Martino (Into the Badlands), and Oscar-nominee Richard E. Grant (Logan).

The new series is set after the events of Avengers: Endgame when an alternate version of Loki stole the Tesseract during the battle of New York. Loki soon finds himself apprehended by the Time Variance Authority, an organization that polices crimes against time. Meanwhile, Agent Mobius is assigned to track down a dangerous time criminal who is assassinating other TVA agents. He decides, against the wishes of his boss, Rovonna Renslayer (Mbatha-Raw), that this “variant” Loki is the only person in the multiverse that can help him find the time villain and bring the notorious criminal to justice.

We Live Entertainment recently had the pleasure of attending a virtual press conference for Loki, which featured the President of Marvel Studios, Kevin Feige, and actors Tom Hiddleston, Owen Wilson, and Gugu Mbatha-Raw. 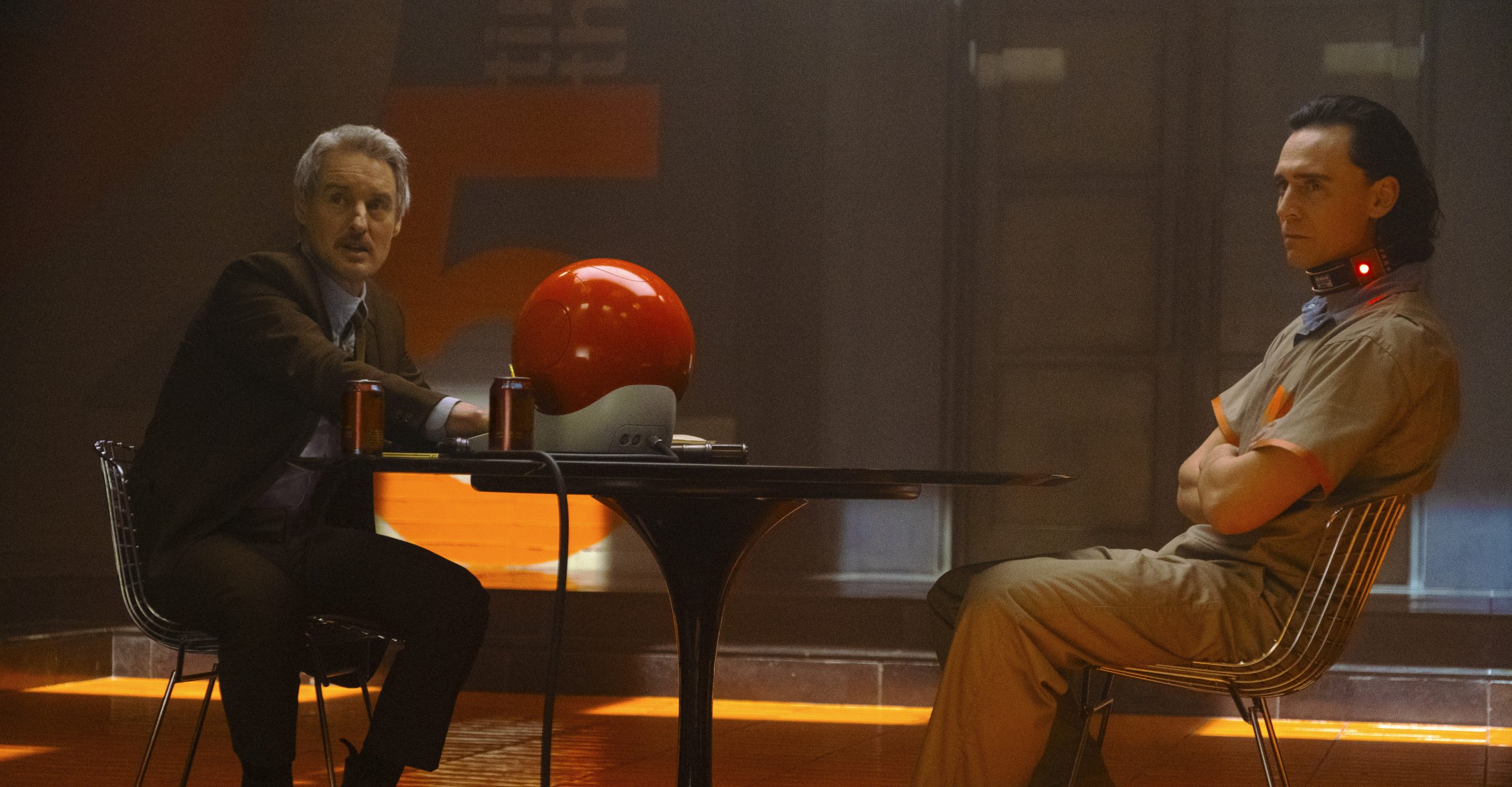 Feige began the press conference by addressing just when Marvel Studios decided to make a Loki series for Disney+ and knew when they were making Avengers: Endgame. “I think we did not know it when we shot Infinity War, but I think we did know it when we shot Endgame, at least that is my recollection of it,” he confessed. “What that meant and where that specifically would go, we didn’t know. But one of my favorite things coming out of Endgame was people saying that we forget to tie up the loose end of Loki. ‘Loki just disappears,’ they’d say, and that we forgot to mention what happens to him at the end of that movie. At that point, we did know that Disney+ was coming and that the show was coming. It became exhilarating to make people wait until we figured out what the show would be. Now it will be unveiled to the world, and that is pretty cool.”

Hiddleston, who has been portraying Loki since 2011’s Thor, talked about how he felt when he was told he would be returning for the new series. “It was a combination of delight and surprise. I think that’s probably the accurate way of describing it,” the actor said. “I was so excited by the idea. Also, I had to scratch my head because that scene in Avengers: Infinity War had felt so final. It had felt so conclusive as to the end of Loki’s story. But I knew that Avengers: Endgame was coming around the corner. Then, in that film, Loki picks up the Tesseract and disappears in a puff of smoke. Where does he go?  When does he go?  How does he get there? Kevin, Louis D’Esposito (Co-President of Marvel Studios), and Victoria Alonso (Executive Vice President of Production for Marvel Studios) all reassured me that that would be the starting point of the series. There were so many places we could go and so many possibilities to think about. Then, in due course, everybody jumped on and had so many brilliant ideas and created this new show, which I think is really exciting, and I’m happy to be doing it.”

Owen Wilson, who is best known for his work in comedies like Wedding Crashers and Zoolander, explained what it has been like to join the MCU. “Well, it’s exciting to be a part of it,” he said. “Just seeing the trailer start to come out and how excited people get has been great. I’ve worked on many things, but the secrecy surrounding this I didn’t quite understand until I saw that the fan base is so kind of revved up and passionate. Marvel’s just so committed to trying to surprise people. So, then you get into it, and it didn’t take much convincing. It was really the conversation that (director) Kate (Herron) and I had, and it was a very comprehensive phone call. Kate really walked me through the whole idea for the show and the dynamic between Mobius and Loki. It really was such a kind of engaging phone call that I think I signed on right then.”

Actress Gugu Mbatha-Raw actually went to drama school with Tom Hiddleston and discussed how her history with the actor helped inform the relationship between Renslayer and Loki. “It’s so weird, the circle of life,” she laughed. “But there is a comfort, and I’m so proud of everyone. You know, it’s wonderful to see your generation rise. But when you have a shared experience, when you remember the same acting tutors, that you’ve walked down the same corridor and the same canteen, all of these cultural references that we had, it’s a wonderful thing. Especially as we ended up shooting in the pandemic, it was a real comfort to have these long-standing relationships and friendships. I didn’t actually audition, I had a long chat with Kate initially on the phone, and again, as Owen said, she was just so thorough and passionate. I did know it was Loki, I have to say. So, it was a lot to get my head around at first, but it was all so exciting.”

Mbatha-Raw also talked about her character and her research into Ravonna Renslayer’s comic book history. “Well, luckily or unluckily for me, Kate explained that this was an origin story for Ravonna Renslayer and predated some of the stuff in the comics,” she explained. “So, all that stuff is there, but there was also the opportunity to start with something fresh with the TVA that hadn’t been seen on screen before by the fans. But there’s so much there that I feel like there’s plenty of potential for her in the future as well.”

In the series, Mobius and Loki form a unique working relationship, and Wilson discussed working on that with Hiddleston behind the scenes. “I think that we talked about it before we started filming,” the actor explained. “Tom very generously and patiently talked me through the whole sort of MCU mythology and Loki. We were calling them the ‘Loki Lectures,’ and he let me ask questions. I think that was really important and really helpful to our dynamic once we started filming the scenes because some of our conversations just when we were going over that stuff would work its way in. So that was really helpful to me going to ‘Loki School’ before we began. It really was just sort of a chess match with Mobius and Loki, so it was trying to stay on equal footing with the ‘God of Mischief.’ I have to rely on this awesome weight of the TVA behind me, and that’s pretty formidable. Loki is just clearly playing catchup. So, I thought that the scenes were fun to do. I think that they hopefully have some tension and humor.”

Fans of Marvel Comics will recognize that Thor and Loki have been depicted with more humor in the MCU than originally were in the comics, and Fiege explained why that had been the case. “I think the answer comes down to the performers and the remarkable talents of Mr. Hemsworth and Mr. Hiddleston,” he said. “They both have the dramatic chops and the humor and embrace all of the above. So, it wasn’t necessarily a conscious plan to make them even funnier now, and they have just always been funny. We took that from behind the scenes and decided we wanted to put it on camera over the more recent years.”

Finally, Hiddleston talked about the responsibility he feels playing Loki and what has surprised him most about the character’s longevity and unique fanbase. “I just love playing the character, and I always have,” the actor confessed. “I feel so fortunate that I’m still here and that there are still new aspects to the character every time that I learn about. I think he’s a character of huge range. So, it never feels like the same experience, and particularly this time around. I mean, I’m surrounded by these amazing people, truly. It’s not something that is lost on me. I think because of Loki’s complexity that every time he’s in a new dynamic new stuff emerges.”

“There’s no question that the reason I am allowed to continue to play him is that he clearly means so much to so many people and for so many different reasons,” Hiddleston continued. “That is incredibly gratifying for me. I see that as a big honor. I think over time; I’ve been made aware of the different things that he represents for people. Some people enjoy his playfulness and his spontaneity, and that inherent sense of mischief that he has. Some people enjoy his quality as an antagonist. Some people probably can’t stand him. I don’t know? But I do know some people are drawn to his vulnerability underneath all those layers of charm and charisma, and his playfulness is a vulnerability, I suppose. I owe that to the writers, actually. I owe that to everybody who’s ever written for this character, and especially everyone who’s written the character in the comic books. Obviously starting with Stan Lee and Jack Kirby but going all the way through J. Michael Straczynski and up to Daniel Kibblesmith. I also owe it to Don Payne, who wrote the first Thor movie, and did the most extraordinary job. He made Loki a character with such pathos. I owe all the people who put their heads together to think about this character. I feel that it’s a huge honor.” 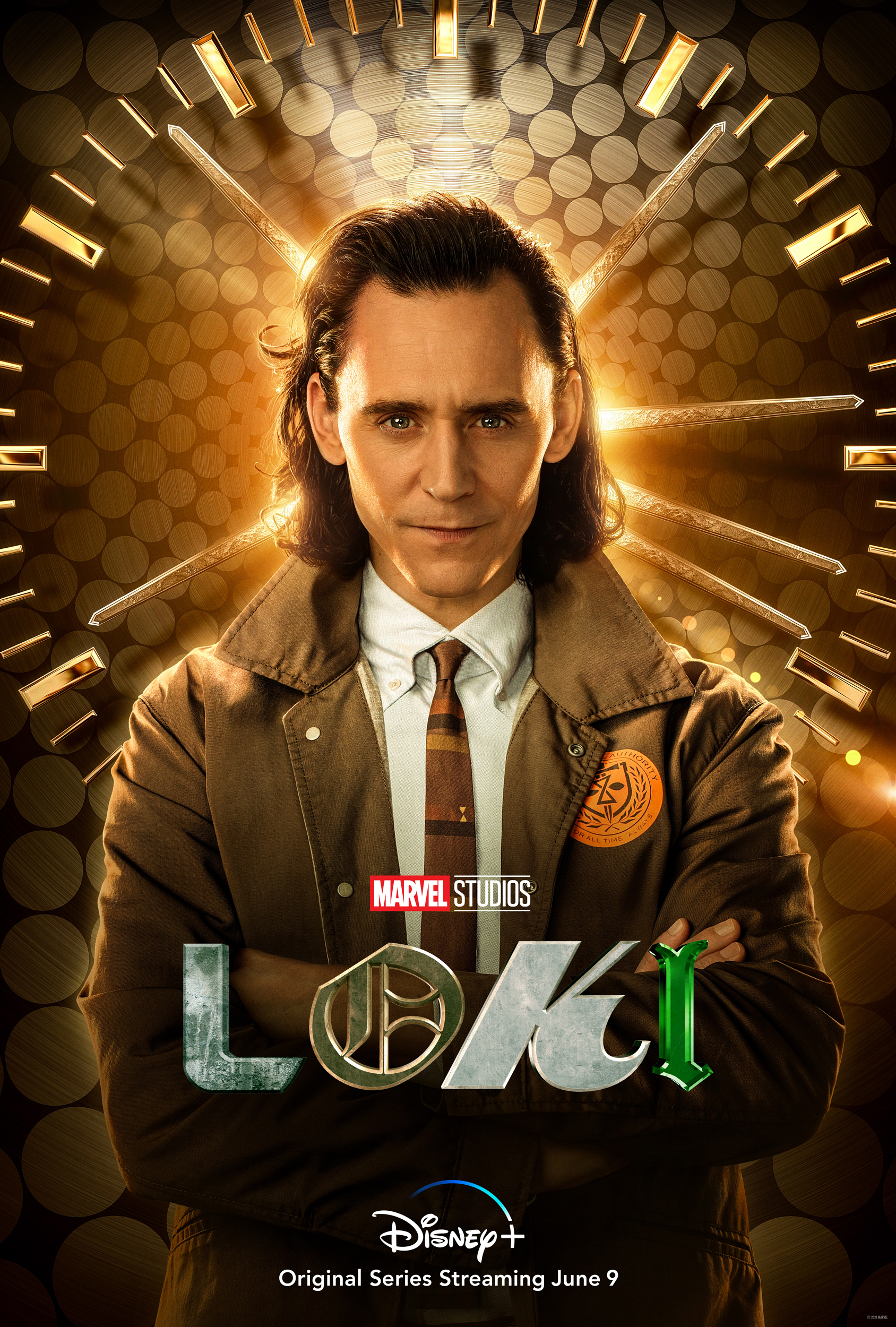 After stealing the Tesseract during the events of Avengers: Endgame (2019), an alternate version of Loki is brought to the mysterious Time Variance Authority (TVA), a bureaucratic organization that exists outside of time and space and monitors the timeline. They give Loki a choice: face being erased from existence due to being a "time-variant," or help fix the timeline and stop a greater threat. Loki ends up trapped in his own crime thriller, traveling through time and altering human history
0
Average User Rating
0 votes
Please sign in to rate.
TV Show:Loki
Cast:Gugu Mbatha-Raw, Owen Wilson, Richard E. Grant, Sophia Di Martino, tom hiddleston, Wunmi Mosaku
Director(s):Kate Herron
Writer(s):Michael Waldron
Genre:Action, Adventure, Comedy, Drama, Superhero, time travel
Studio(s):Marvel Studios
Network:Disney+