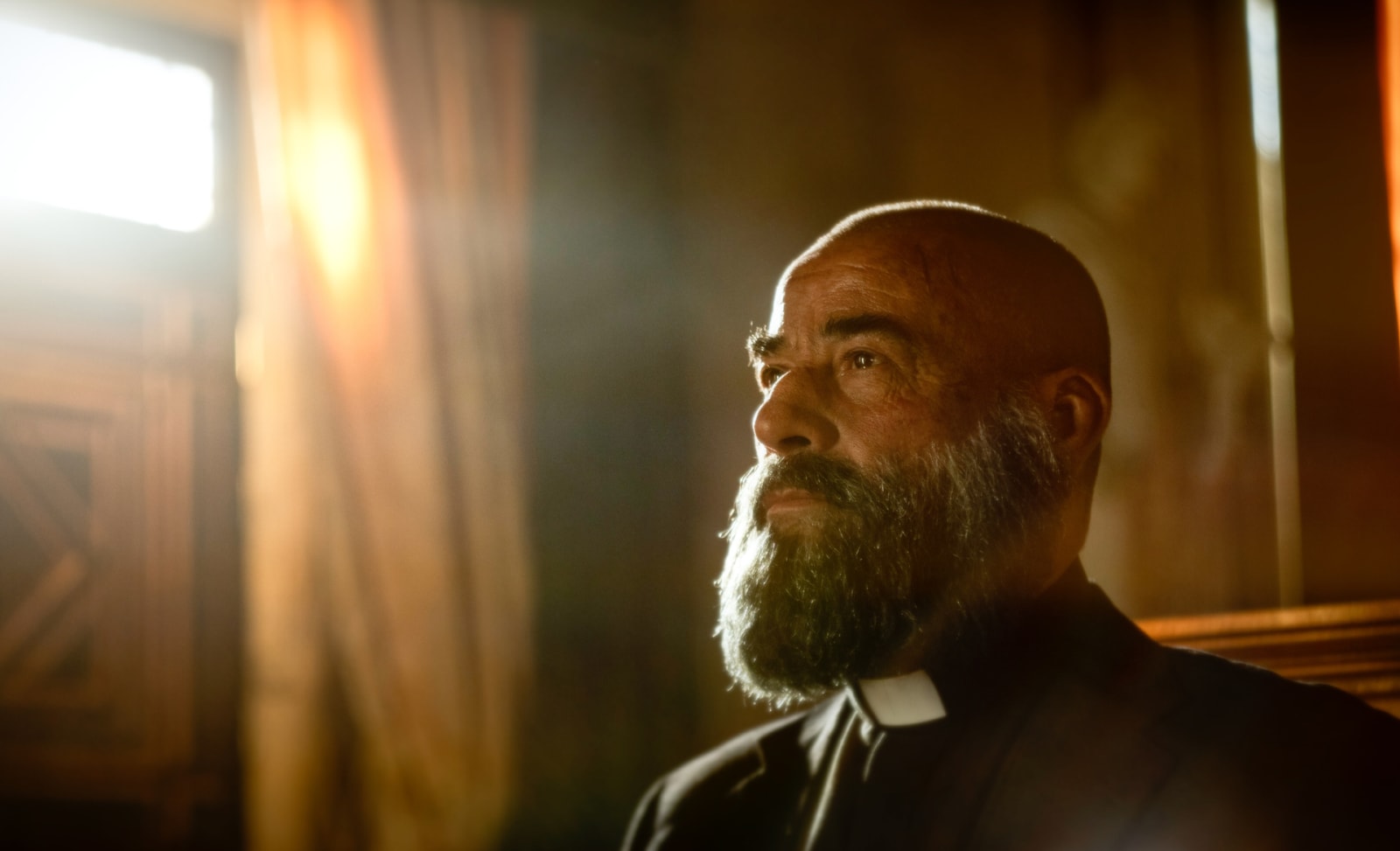 To figure out what the hell is going on in the present, oftentimes, it’s mandatory to revisit the past. 30 Coins’ fourth episode, “Memories,” is all about peeling back that thick layer of foggy confusion. This is the quintessential, eponymous “flashback episode” most inaugural seasons save near the end. Forget about waiting — the HBO horror series is ready to kick its narrative into high-gear by not wasting a moment in “monster of the week” territory. Viewers are transported to 1990s Rome, where Vatican City never seems to change except for the tourist fashions.

Inside the walls of a seminary lecture hall, the theological debate boils to a fury. Young Padre Vergara (Eduard Fernández) is beardless, radical, and frazzles his professor with pointed questions. How can light conquer the darkness without knowing anything about darkness itself? Vergara doesn’t feel his education towards becoming a high priest is worth much unless it can defend his parish from Satan’s hidden army. Dismissed for his heretical babble and threatened with expulsion, Vergara knows academia will never provide the answers he seeks. But his good friend Fabio just might.

Accompanied by the final member of their seminary trio, Sandro (Leonardo Nigro), Vergara follows Fabio to a vacant underground lair. There, an old man in an expensive suit is being held prisoner, handcuffed to a cot. Before Sandro and Vergara can react, Fabio tells them that this elderly gentleman is not the suave businessman he poses as. In fact, he’s no man at all — he’s a captured demon, itching to show the young scholars that no one trifles with Hell and escapes unsinged.

Angelo (Cosimo Fusco) is his name, and bringing culpable men into the light is his game. The faux captive breathes fire onto Sandro’s face to demonstrate his power, leaving Vergara’s most trusted friend with first degree burns on one side of his face. Ignoring the young priest’s pleas to call an ambulance, Fabio does as Angelo instructs: walk into the literal light and become a servant of the Devil. According to Angelo, the Devil and his army are already burrowed in the human mind. God and Satan are not mortal enemies — they are dual spiritual entities whose nourishment comes from pitting good against evil. 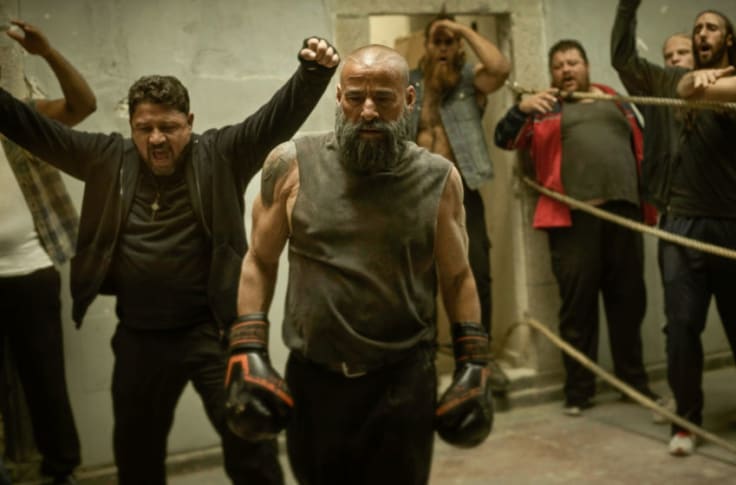 Fabio’s zest for power winds up making him the head of the Cainetes, the sect of Roman Cardinals who work directly under Satan. In the present, Vergara reunites with Sandro after over two decades, the pair jumps back into a friendship like no time had passed. Sandro has hidden himself as far from the Vatican’s reach as possible, conducting underground fight clubs. However, seeing his old friend placates his fears about their growing authority.

Now with Vergara ready to confront the literal demons in the order, maybe there is hope after all. Of course, Vergara’s naivety gets the better of him, as the only Vatican help he’s referred to is none other than Fabio himself, revealed to be Cardinal Santoro (Manolo Solo) from last week’s venture into the mirror. Next week’s awkward square-off between frenemies is sure to be riveting.

Meanwhile, Elena (Megan Montaner) and Paco (Miguel Angel Silvestre) find themselves on the brink of separation thanks to Pedraza’s meddling villagers. No amount of apologizing will convince Elena to stay after the mad mob burned down her veterinary clinic last episode. Then there’s the matter of Paco’s envious wife Merche (Macarena Gómez), ecstatic to rid her city of Vergara and Elena. In her mind, the pair have sullied Paco’s mayoral reputation. If he means to rebuild it, Paco has no choice but to follow every demand Merche makes. However, destiny keeps Elena and Paco bound to each other (shippers rejoice!), as the vet’s husband resurfaces after a two-year disappearing stint.

Somewhere on the outskirts of town, an old woman conjures a spell that turns a seemingly innocuous scarecrow into a man. Sauntering into town covered entirely in dirt, the townsfolk gasp in stunned recognition. “Memories” concludes with this vanishing man showering off the grime to reveal his true identity: Mario (Victor Clavijo), husband of Elena, now another piece of the supernatural intrigue enshrouding Pedraza. Here’s to the awkward energy that’s about to encircle these upcoming character reunions! 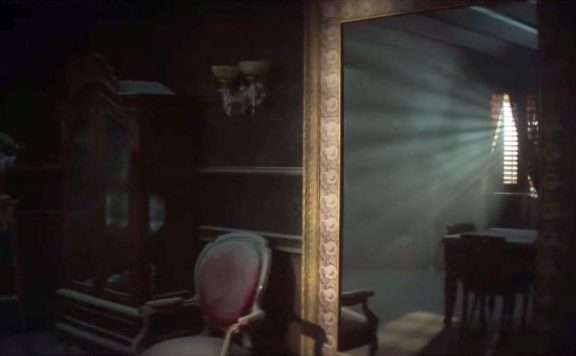