Unless Atlanta had fully doubled-down on last week’s brilliant episode, “The Big Payback,” further exploring the ramifications of an American society altered by restitution taxes, “Cancer Attack” was always going to be lighter by comparison. Being back in the world of Paper Boi’s European tour means there’s more time for antics and lighter fun. Even with that in mind, however, for all the gags featured this week, particularly in the front half of the episode, this is still a series that wants to put a lot on the minds of the viewer.

From a story standpoint, as this show does sit in a hazy area between being serialized and an anthology of sorts, it is nice to catch up with these characters. Following the end of Robbin’ Season, which put the managerial abilities of Earn into question, this week shows him entirely in control of the tour. He’s constantly making orders over the radio leading up to Al’s performance in Budapest. People listen to Earn and get him and Al what they need.

Al notices this. He certainly respects Earn for putting in the hard work. It may even be to the point of Al knowing he and Earn aren’t necessarily having the kind of fun they used to, given how busy his cousin is. Being professional means, there’s not always time for adventures, such as the blueprint-based journey Darius most certainly keeps trying to convince everyone to go on with him.

Or course, that control Earn has only goes so far. Obviously, something had to go wrong to give a purpose to us seeing everything seemingly go so right. This time, it’s a missing cell phone. During the concert, Paper Boi’s phone was stolen, but by who? 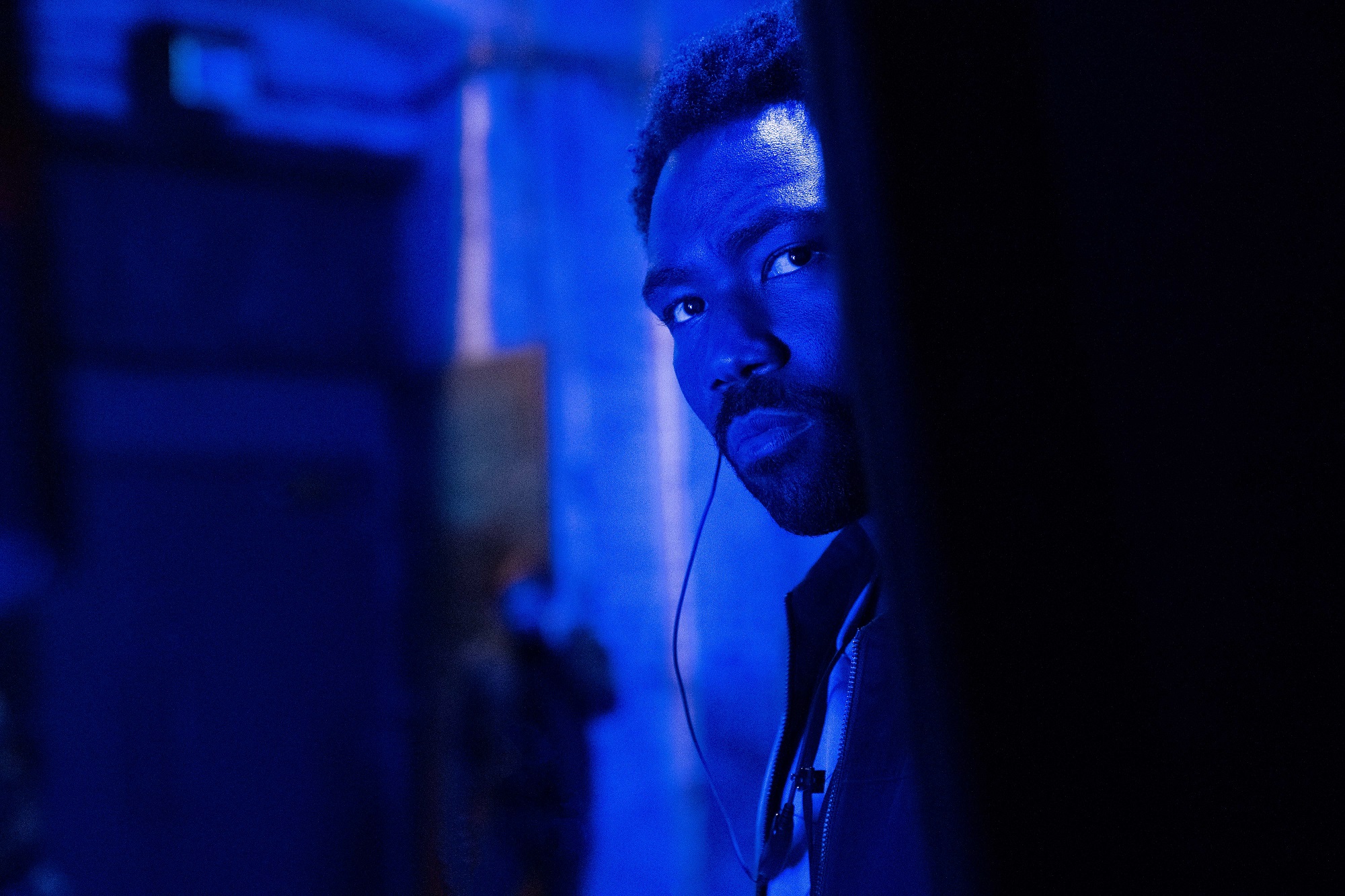 The first suspect, hilariously, was a young boy with cancer who came to see Al for a meet-and-greet. Once again, needing to prove he’ll do what it takes, a wonderfully awkward scene unfolds that spells out just how unlikely it is for this young boy to have taken Paper Boi’s phone, only for it to be made even funnier by Earn’s matter-of-fact way of searching this child.

With no luck there, it dawns on these guys that there’s another likely subject – the young man who was messing around on stage and hanging out all day behind the scenes. This is Wiley, played with shady delight by Samuel Blenkin. He’s the nephew of one of the venue managers, looking for a job. Did he take the phone? The latter half of this episode intends to prove the truth.

Given my proximity to the time I’ve watched these episodes and knowing there’s more to get out of them on subsequent viewings, perhaps it’s not best to simply spell out whether or not Wiley took the phone. With that in mind, the way Wiley acts is nothing short of a Batman villain with all the confidence in the world while being interrogated in various ways by Earn and Al. What’s the reasoning for this? 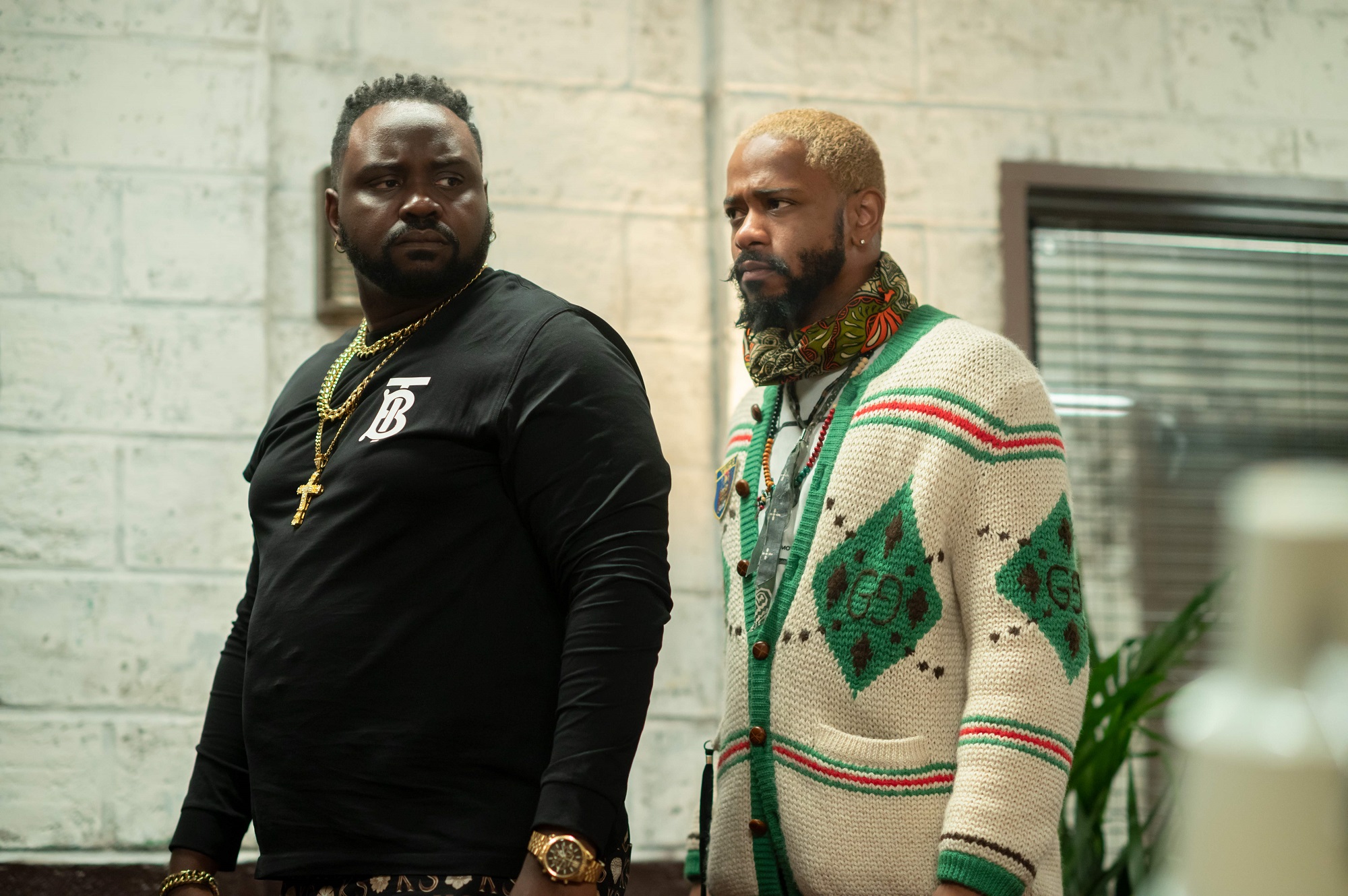 Given the show, it’s not a stretch to see how race plays a role. Could Earn just call the cops? That’s an idea, but a Black rapper relying on foreign police officers to successfully vindicate his assumptions about a phone spells all kinds of negative outcomes none of these guys may be prepared for. Instead, it’s about finding an in, whether through intimidation or providing a level of respect.

Thankfully, the nature Atlanta finds a way to take Wiley from a person the audience wants to smack into being someone that is oddly compelling in his own way. As is a lot of this episode, he’s still amusing, but Al’s attempts to sway him only lead to a level of confession and introspection shared between the two, despite the anger bubbling under the surface on Paper Boi’s side.

The other factor of this week is a return of Socks, introduced two episodes ago. Coming in as a fourth man who seems like more of an irritant than a benefit to have around, I don’t know what the plans are with him, but his efforts as an overzealous tagalong play out well in what he ultimately represents, let alone a number of gags that are also quite funny.

Beyond the strength of the writing and performances, if there’s one other consistent thing about this season, it’s the production values. These are wonderfully directed episodes featuring well-throughout cinematography choices that help create a sense of focus that could only be appreciated more by watching how things play out multiple times. With “Cancer Attack,” that certainly became the case as I considered the outcome of this episode. 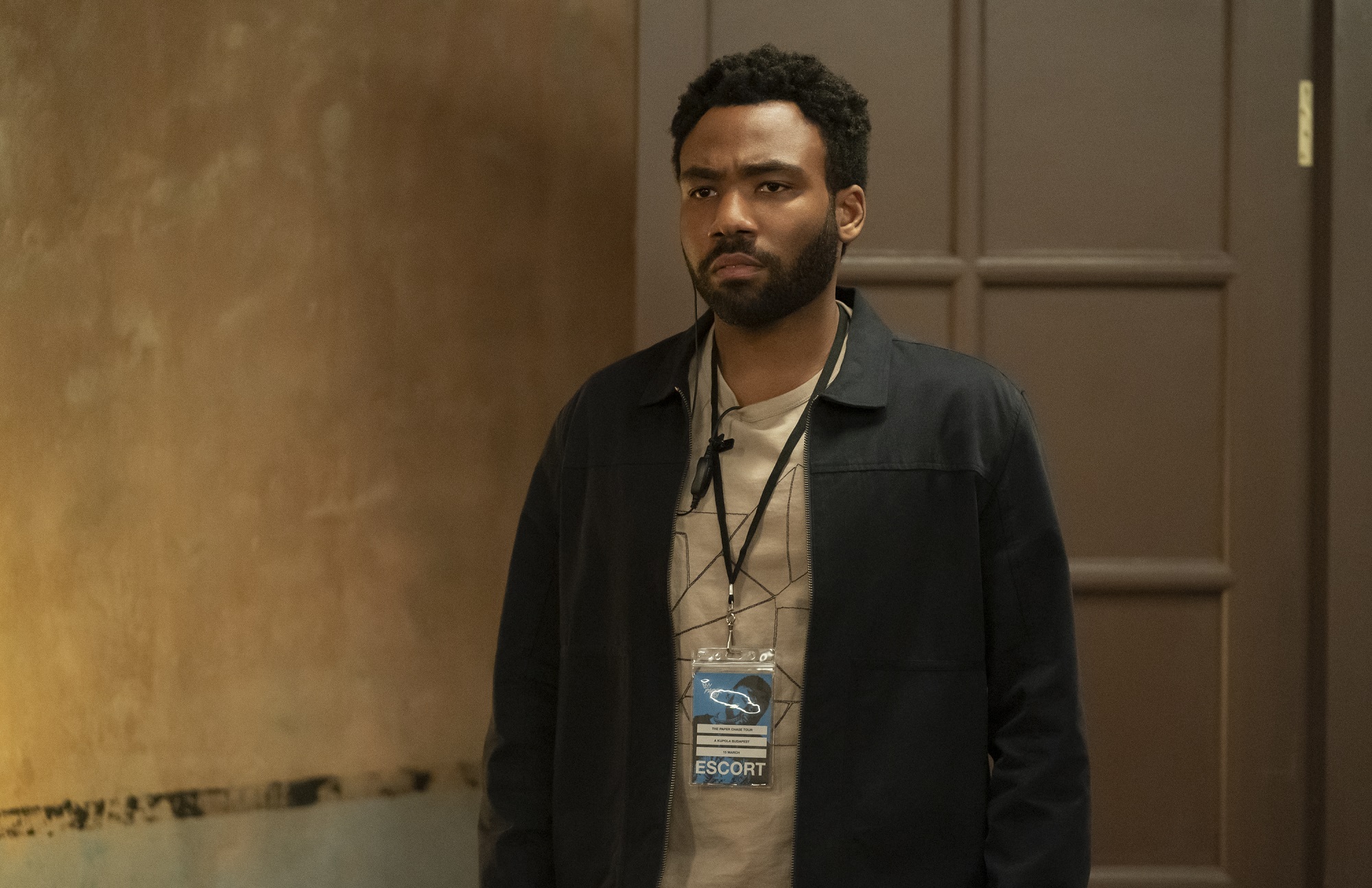 Atlanta’s production efforts should not be taken for granted, even with what seem to be the more lighthearted episodes. This is a series that’s always had clear goals, even if they sometimes feel ambiguous. The way that tracks here says a lot about how Al arrives in his situation in the first place. It also makes you feel bad for the man, as his phone is detailed as such a prized possession for all it contains. The loss of it may or may not affect the rest of the season, but it’s a credit to the show that I now must consider that as well.

It’s a shame, to a point, because for every proper step Earn makes, something wild has to happen to mess things up. 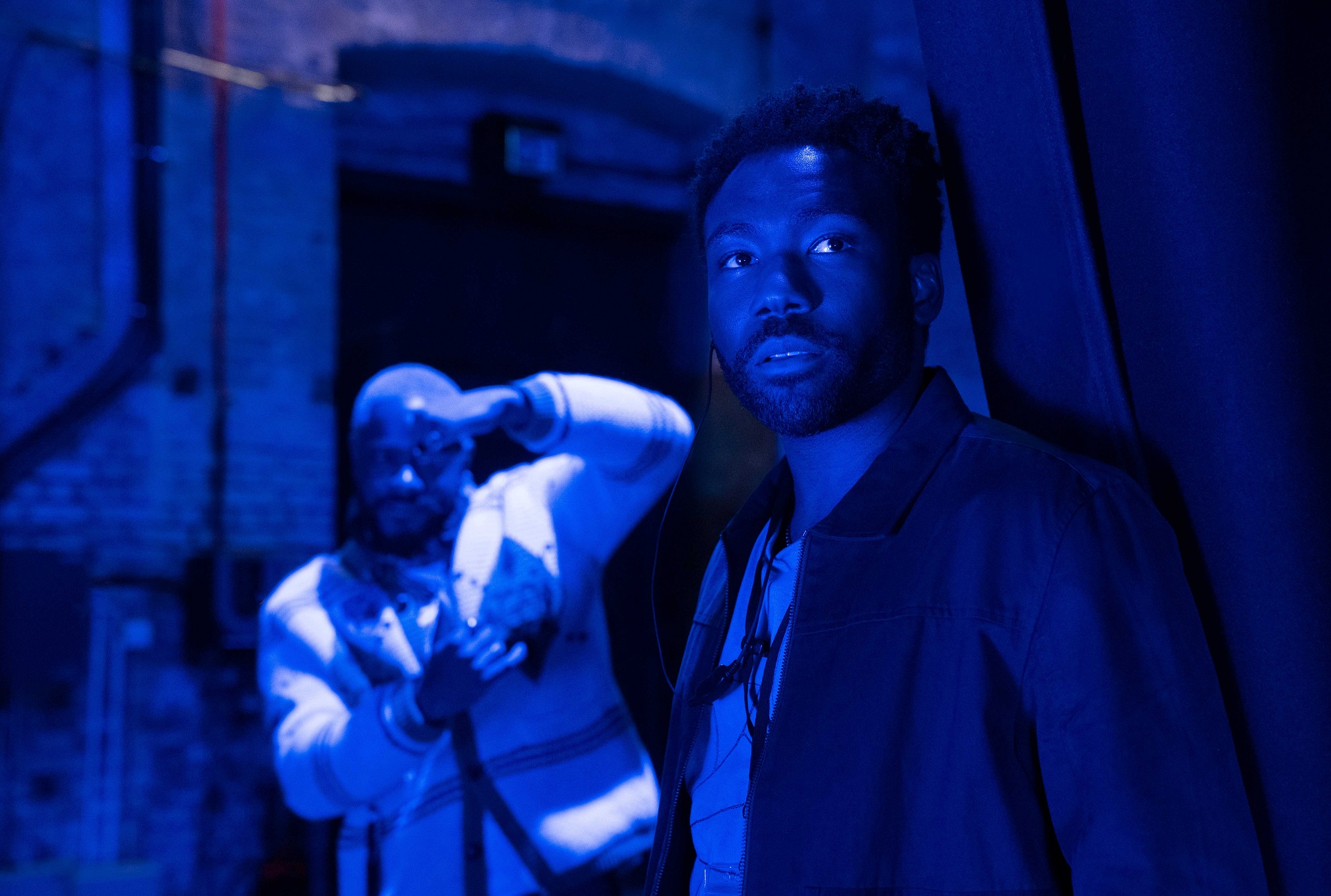 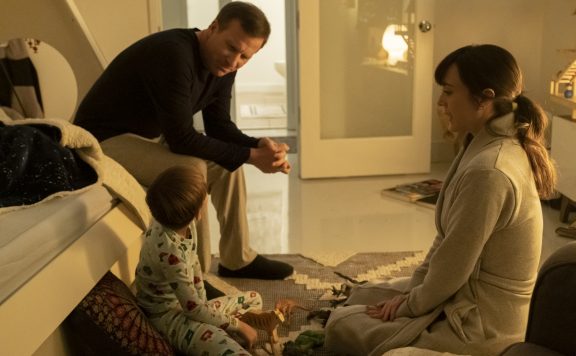 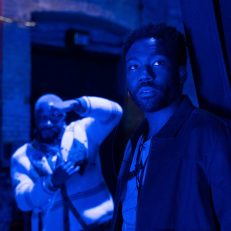 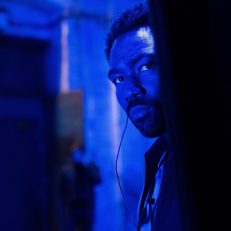 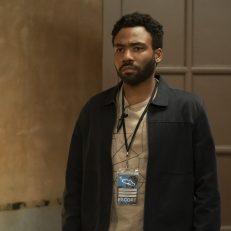 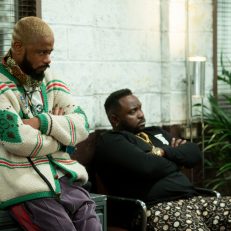 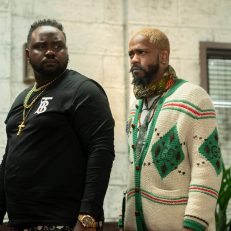