Having this week’s episode of Atlanta, “White Fashion,” begin things with an inciting incident that is both awful yet darkly comedic once again shows just how strong of a comedy this series can be. Yes, the writer’s room for this series seems to be doing their best to keep Donald Glover’s concept from being definable as a specific genre, but sometimes getting this crew together to deal with various situations leads to many laughs. Maybe they’re big chuckles, or perhaps it stems from the awkward nature of what this colorful group has to deal with. Still, the events that occur, such as what’s seen this week, serve to largely call attention to significant problems in the merging of business and race while still providing jokes.

The scenario in question revolves around a fashion designer, Marcelo (Gabriel Lo Giudice), and his business partner, Wendy (Kate Phillips), who have to make up for creating a jersey seemingly intended to celebrate the Central Park 5. We see it in a large ad, worn by a white model, and, yeah, that’s not sitting well. It’s enough for the company to have to hold a press conference to apologize and announce the creation of a European diversity advisory board. This board, naturally, includes Paper Boi.

I’ve made it no secret that Brian Tyree Henry is my favorite performer on this show. Anytime he’s given the time to shine in an episode, I’m delighted by the outcome. Alfred has been the central focus of this Europe-set season so far, as we’ve gotten to see the exploits taking place during the Paper Boi tour, so it’s interesting to see what he’s capable of when given a certain amount of power. While not always the best at speaking out about what he’s trying to achieve beyond fame, “White Fashion” gives him some things to consider. 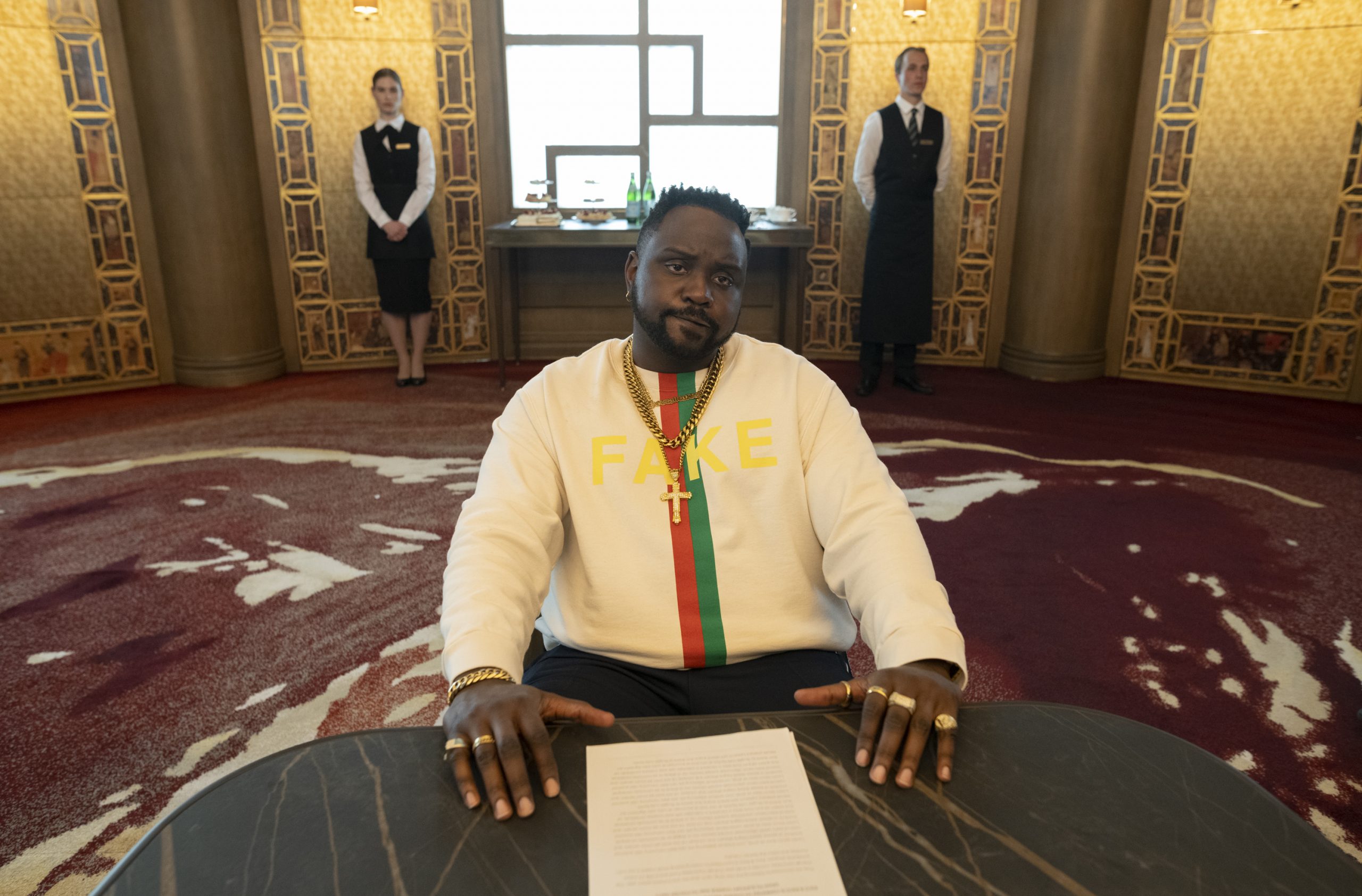 At first, it seems like a payday. Alfred is accepting gifts from this fashion company, including custom suits, tailoring, and more. Earn questions this. Is his image going to be called into question on “the streets” by taking these handouts? When Al asks Earn what he would do, the answer involves reinvesting into the black community. Al doesn’t dig into how much he really knows what that means and would entail, but it does stick with him.

Enter Khalil (played with skilled precision and humor by Fisayo Akinade). He’s a loud and proud black man also serving on this new diversity board, with experience spearheading charities and “apologizing for white people.” He’s the perfect balance to Alfred, again showing how great Atlanta is at finding these super-effective character actors to come in for a few episodes and knock their roles out of the park. Khalil knows precisely how to handle these sorts of situations at this point, fully knowing that there’s very little difference he knows he can make for the black community based on the empty promises of a wealthy company. That also means he’s not going to hold back from getting himself handled and staying on top the way he can.

It’s a sad state of affairs but just look at the contrast of what happens. Khalil makes a ridiculous press announcement that, with the board’s efforts, they see racism being over by 2024. Al is naturally confused by this statement. Once in the boardroom, he takes a cue from Earn and begins discussing ways to reinvest in the hood, going as far as pitching this concept on video. That’s turned into a ridiculous ad that Al believes reeks of “all lives matter” imagery. While “White Fashion” may open with being offensive but funny, it closes this plotline with being funny but sad. 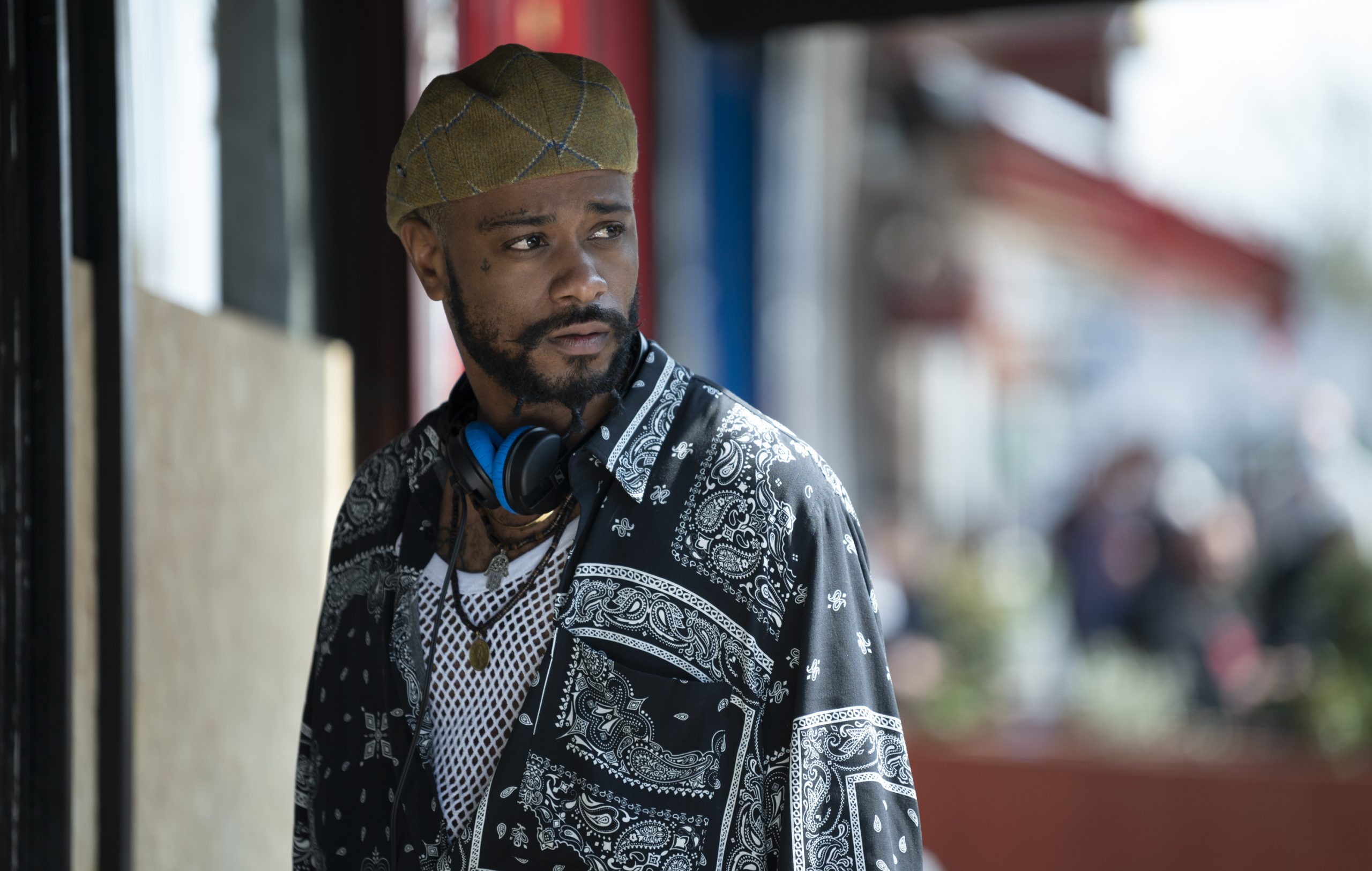 Similarly, Darius goes on his own adventure that ends in a level of tragedy. Taken out to lunch by the diversity cause’s white head of hospitality, Sharon (Tamsin Topolski), Darius believes himself to be having a good time enjoying some Nigerian cuisine at a West African restaurant. Fully embracing the satirical spirit of this episode, Sharon not only responds positively to the food, environment, and people she’s experiencing for the first time, but she takes it all away in a shocking beat.

The restaurant is bought out within the same day, and Sharon has twisted the idea into a food truck franchise known as “Naija Bowl,” complete with silly names and concepts to modify the authentic food. This includes a dish named after Darius, which is the final straw for him as he marches off, dumping all the food in a neighboring trashcan. Just a few episodes ago, Darius and Socks were discussing the idea of Taco Bell being an appropriation of Mexican cuisine. Now he’s experiencing it firsthand. This show has a way of pushing characters right up close to the racially-based dilemmas that only gather so much attention.

By comparison, Earn and Van’s portion of this episode feels slight but doesn’t skip a beat when it comes to their presence as black people in an area where they are outnumbered. A chance encounter with Van leads to Earn letting out his feelings as far as being ghosted by the mother of his child. 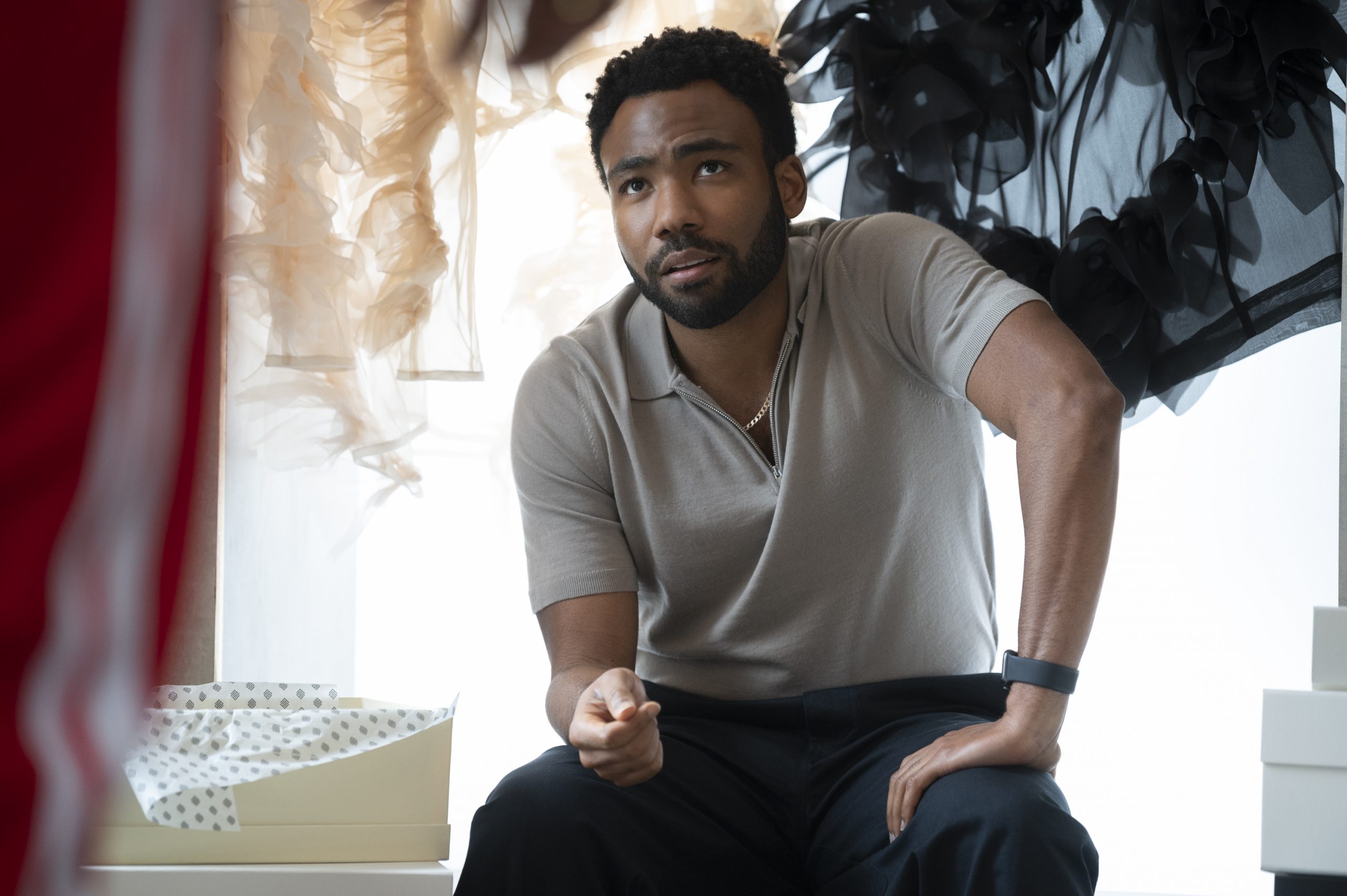 This is interrupted by a loud white woman (English Karen) accusing Van of stealing a wig and attempting to hold onto her while shouting for someone to call the police. The hotel Earn and Van are not guests at quickly come to their aid, only for Earn to take advantage of the situation and get a free room for the night. It’s an amusing bit that still speaks to the situation’s sadness. Van’s continual aloofness makes this more complicated, which leads to her sleeping with Earn, but being gone before he wakes up in the morning.

Being now over halfway into the season, it’s not as though Atlanta has a perfectly mapped-out plan illustrated to the viewers. However, the ways this series continues to explore new beats about the statue of culture, biases, race, and more in 2022 remains fascinating. Seeing this continually impact Paper Boi and his boys allows for many different ways to entertain. Still, I am curious if there’s an overall direction for where this is all headed. That certainly speaks to Earn and Van’s situation, as the show is screaming that we need to be ready to see things from her perspective at some point. As it stands, even in the face of tragedy and regrettable actions, “White Fashion” didn’t miss out on the jokes. 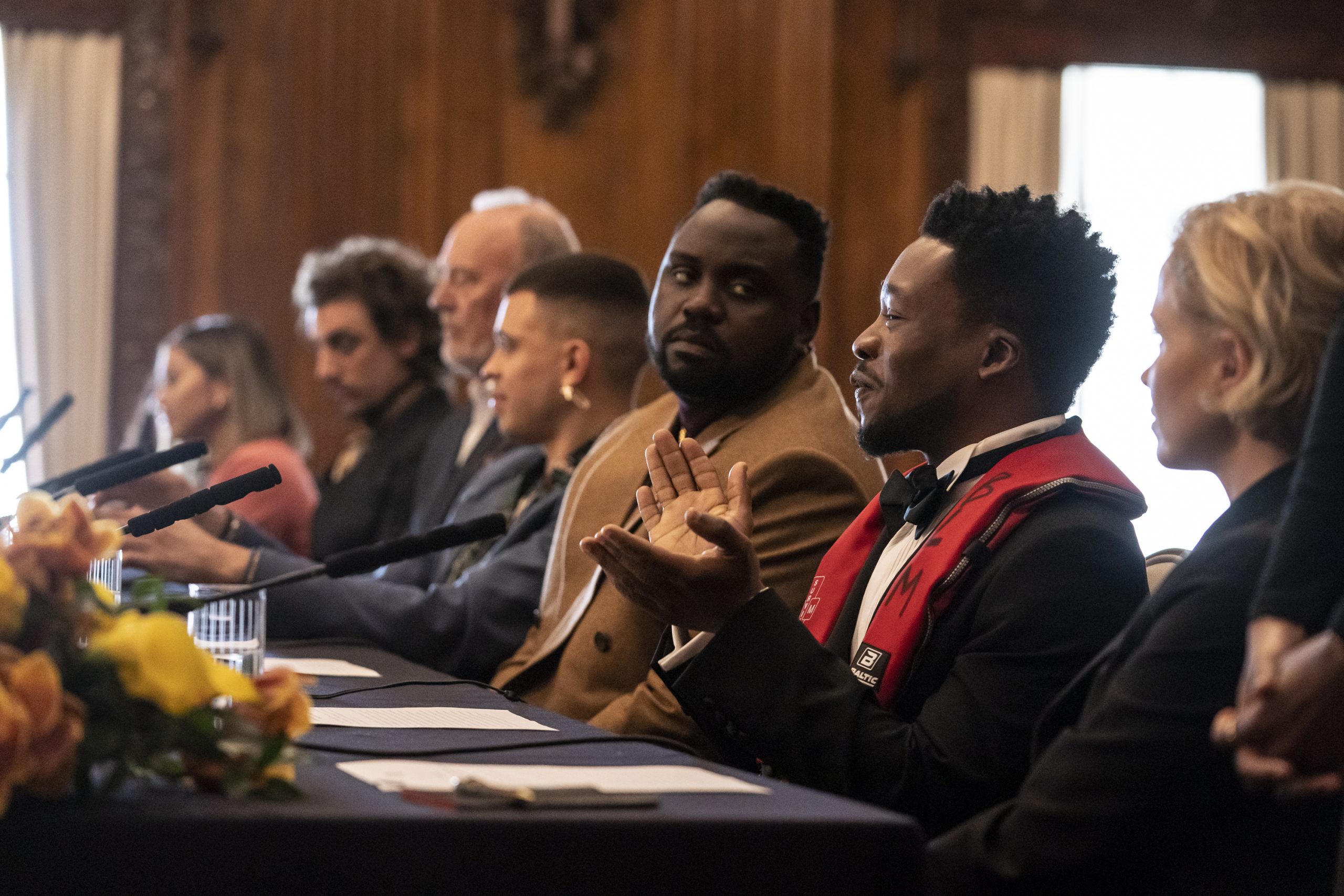 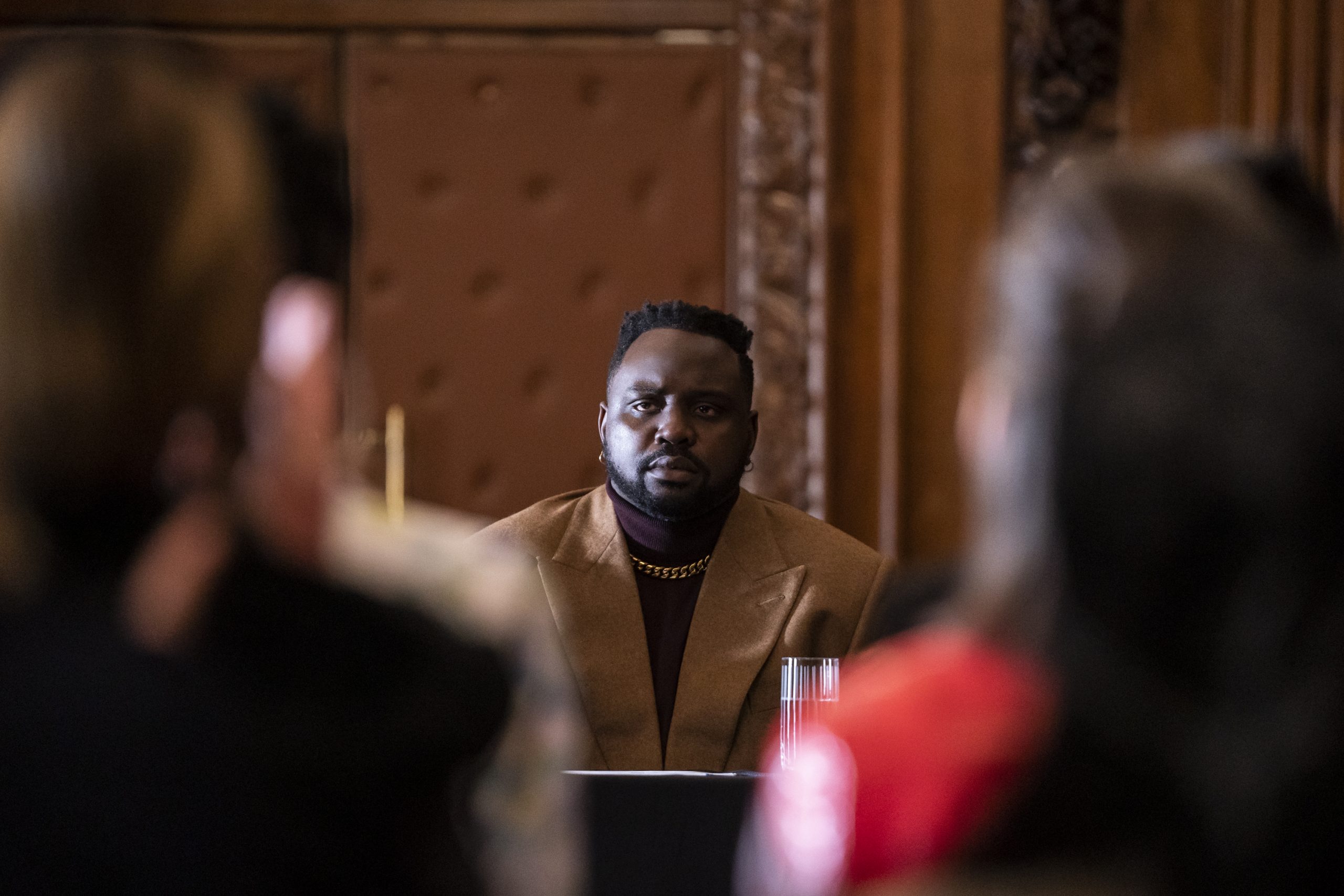 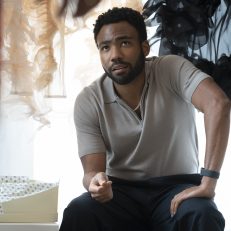 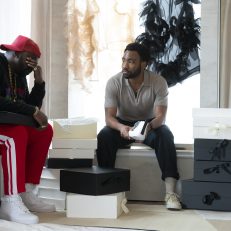 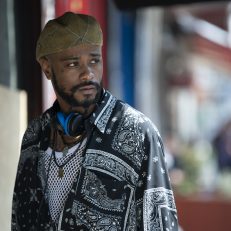 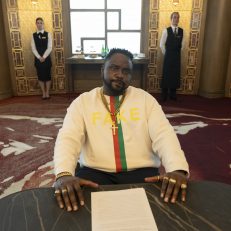 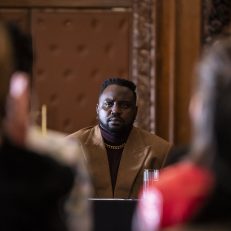 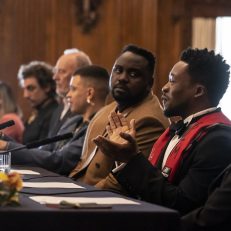