If the first season of Cobra Kai is about redemption, the second is about legacy. Johnny Lawrence (William Zabka) has had the opportunity to right past wrongs by training Miguel (Xolo Maridueña), a scrawny Daniel LaRusso type, to the All Valley Karate Championships, and by extension gets the chance to play the fatherly role that he failed so badly with his own son. Meanwhile, Daniel (Ralph Macchio) has fully taken Johnny’s son Robby (Tanner Buchanan) under his own wing. As season one ends, there seems to be a new equilibrium between the two, with old scores (mostly) settled. But season two of Cobra Kai shifts gears, with both of our middle-aged senseis looking to the future, trying to figure out the best way to pass on what they’ve learned. And while this season lacks some of the raw charm of the first, it’s nonetheless a satisfying continuation of the increasingly fascinating karate saga.

We pick up season two of Cobra Kai with two major developments: Daniel LaRusso is starting up his own karate dojo modeled on Mr. Miyagi’s lessons, and Johnny’s old, borderline sociopathic sensei John Kreese (Martin Kove) has made a surprise visit back to town. For Johnny, this is a direct confrontation to the path he’s been on. Will Daniel’s new dojo resurrect their old rivalry? And will Kreese’s reappearance cause Johnny to fall back on the old, vicious teachings from the only real father figure he’s ever had?

As with the first season, the dynamic between Daniel and Johnny is the most compelling element of Cobra Kai. It continues to show how much both cling to the past, and that neither is quite the hero or the villain they were originally set up to be. Johnny’s character is in a perpetual state of evolution, as he learns to recognize the patterns of abuse that defined his teen years and finds a better path forward for his students combining Cobra Kai’s trademark badassery with some sense of emotional intelligence. Watching Zabka navigate these subtle changes is endlessly enjoyable. For too long we’ve been saddled with this jock bully/nerd victim dichotomy, and it’s done some actual damage in modern society. It’s nice to see nuance introduced into the equation, and as the prototypical 80s teen bully, Zabka is perfectly positioned to personify it. 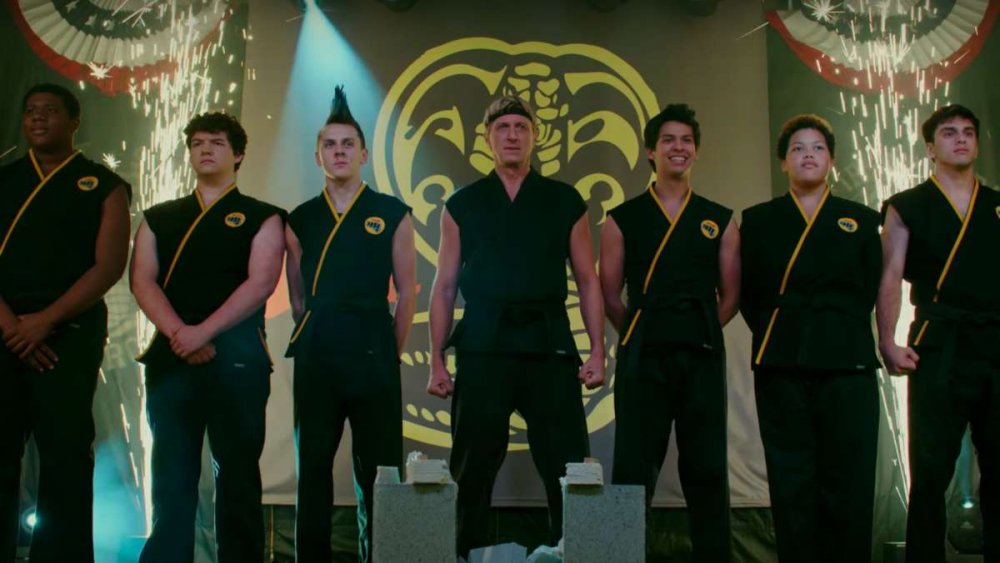 But Cobra Kai makes two major missteps in its second season. First, it overestimates the value of the Kreese subplot. It seems pretty clear from his first cigar-puffing entrance into the Cobra Kai dojo that this is not a man capable of change, and there’s far too much screen time spent waiting around for Johnny to reach this realization. Yes, he serves as a useful narrative device to show how far Johnny has come since the pilot, and how different his version of Cobra Kai is from Kreese’s dojo, but it really takes over the plot at times.

Secondly, Cobra Kai takes their soft-spoken, endearing teen lead, and makes him borderline unlikeable. Where did sweet little Miguel go, and when can he come back? This newer version that we start to see at the tail end of season one is aggressive, violent, and to be honest, kind of annoying. He has become so caught up in the cult of Cobra Kai that he loses what made him charming to begin with. And this season’s focus on the relationship dynamics and rivalry between Miguel and Tory (a new girl at Cobra Kai) and Robby and Samantha (Daniel’s daughter, and Miguel’s former love interest) too often verges into serious soap opera territory. And not the fun, fluffy kind, either.

But that’s not to say that Cobra Kai doesn’t have its moments. A lot of it is great! The show is at its best when it’s exploring the complicated dynamic between Johnny and Daniel (an unexpected double date between Daniel, his wife, Johnny, and Miguel’s mom feels like fanfiction but is a definite high point of the season). They have a fantastic rapport that walks a line between begrudging respect and open hostility, and it’s a lot of fun to watch their relationship evolve. 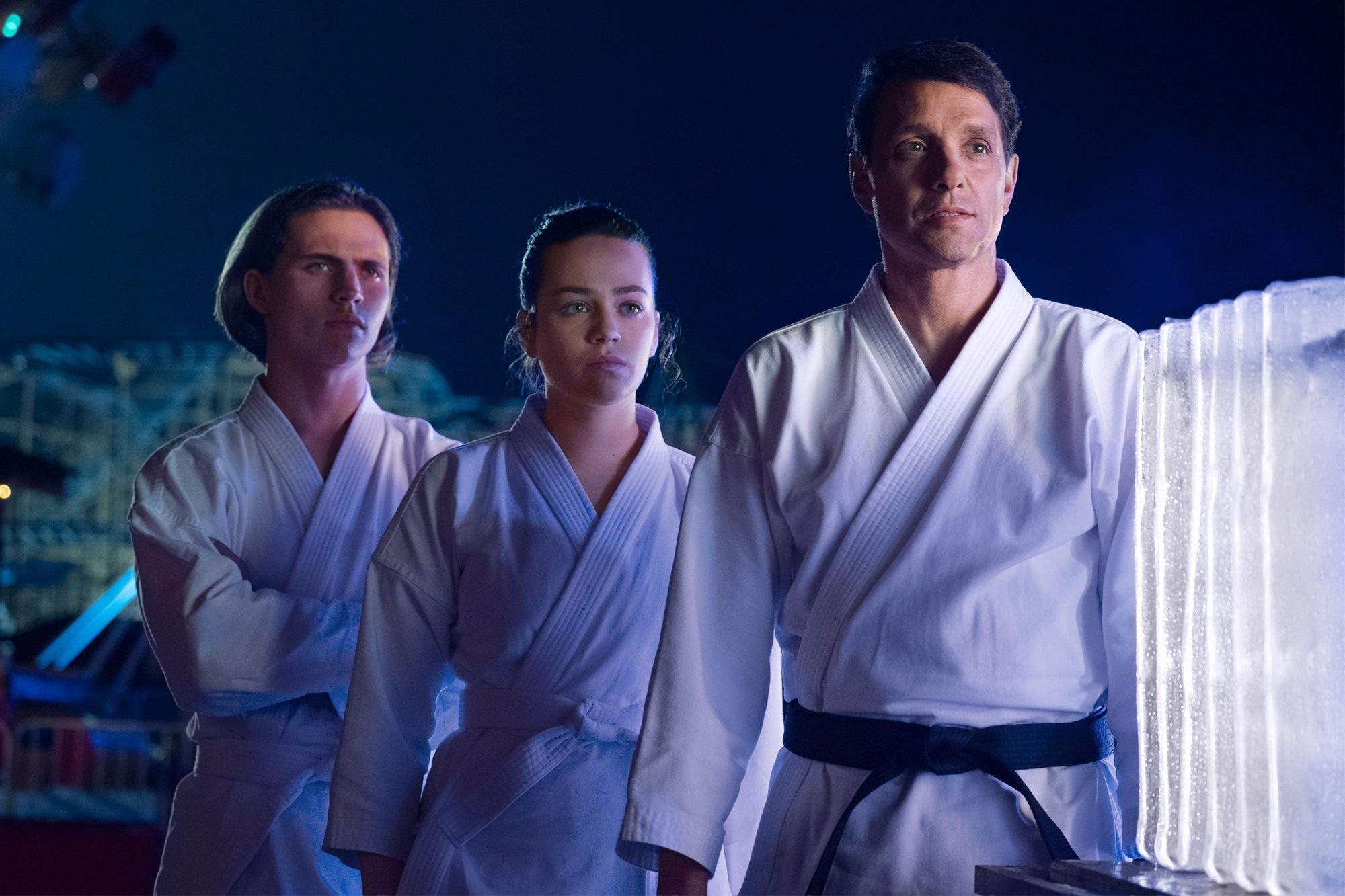 It was also great to see more of Miyagi-Do Karate this season too. Although Demetri, Miguel, and Hawk’s quippy nerd friend, was a little grating in the first season, his arc here is fantastic. They could have devoted six entire episodes just to him whining his way through karate training and it would have been delightful. The general vibe of the different dojos is really interesting too, and watching the next generation of kids train under Johnny and Daniel is Cobra Kai firing on all cylinders.

One lingering question though: what does everyone else at the school think about all of this? Because it seems like at one point, they just had a supernormal school, and then all of a sudden about half the population of students got way too into karate and now there is constant knock-down, drag-out MMA fights in the hallways. Imagine just trying to go to biology and having to deal with the petty grudges of Hawk, this generation’s “get him a body bag” kid?

Minor issues aside, the second season of Cobra Kai is well worth watching. It takes Johnny’s constant struggle with toxic masculinity (although he would be really annoyed if you called it that) in new and interesting directions, and his reckoning with what kind of leader he wants to be is captivating. It lays the groundwork for what looks to be an exciting third season commissioned by Netflix (the first two aired on Youtube Red before ending up on Netflix, the online Moloth that eats all streaming content for breakfast). If it can find a better balance in regards to the teen drama and wrap up the Kreese subplot swiftly, it should be a slam dunk. cheap illinois fake id 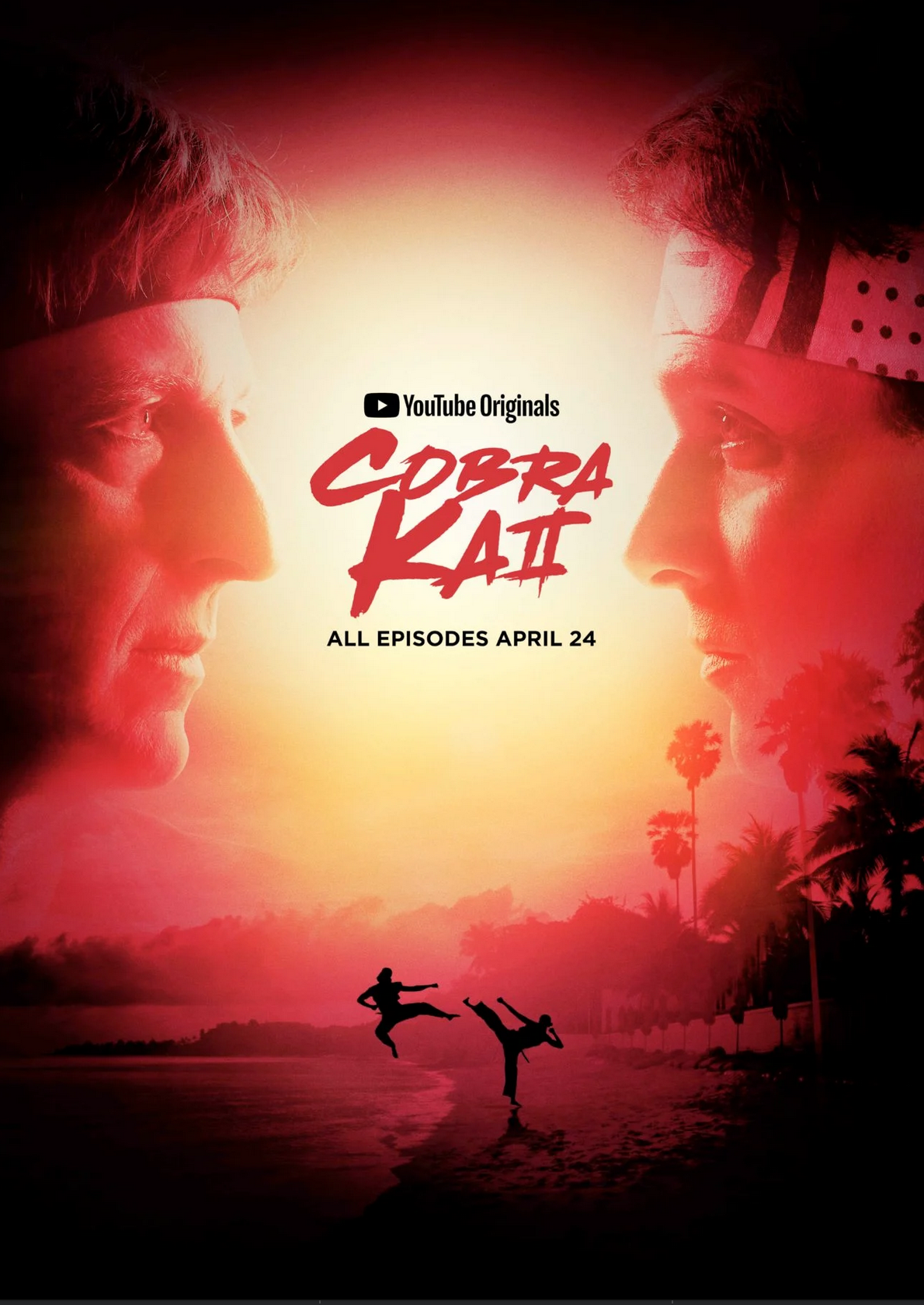