I know what you’re thinking. The last thing any of us needs is another police series. If you look up “list of police television dramas” on Wikipedia, the list goes on forever. There’s no way to make a new drama series about detectives and not tread over some ground that’s been walked before. This is why the new AMC series Dark Winds is so refreshing. While it does set the scene in a new and unfamiliar place, it never once pretends to be inventing something new. In fact, it leans into genre and trope. Because of that, the result is a thoroughly enjoyable and entertaining popcorn ride—like taking a new back road to a very familiar destination.

The marketing of Dark Winds highlights two particular names — Robert Redford and George R. R. Martin. Both serve as executive producers of this drama series set on a Navajo reservation in New Mexico in the early ‘70s. While Redford and Martin may seem like an odd coupling, it makes perfect sense in the scope of this series, which blends the Native American experience, something very important to Redford, with elements of sorcery and black magic, on which Martin made his name, especially via his book series that inspired another television show that you may have heard of, Game of Thrones. Dark Winds is based on the Tony Hillerman book series Leaphorn & Chee, of which there have been two previous adaptations already, Skinwalkers: The Navajo Mysteries (2002), starring Wes Studi and Adam Beach as the titular Navajo police detectives, Joe Leaphorn and Jim Chee, and The Dark Wind (1991), which starred Fred Ward and Lou Diamond Phillips, and was also executive produced by Redford. 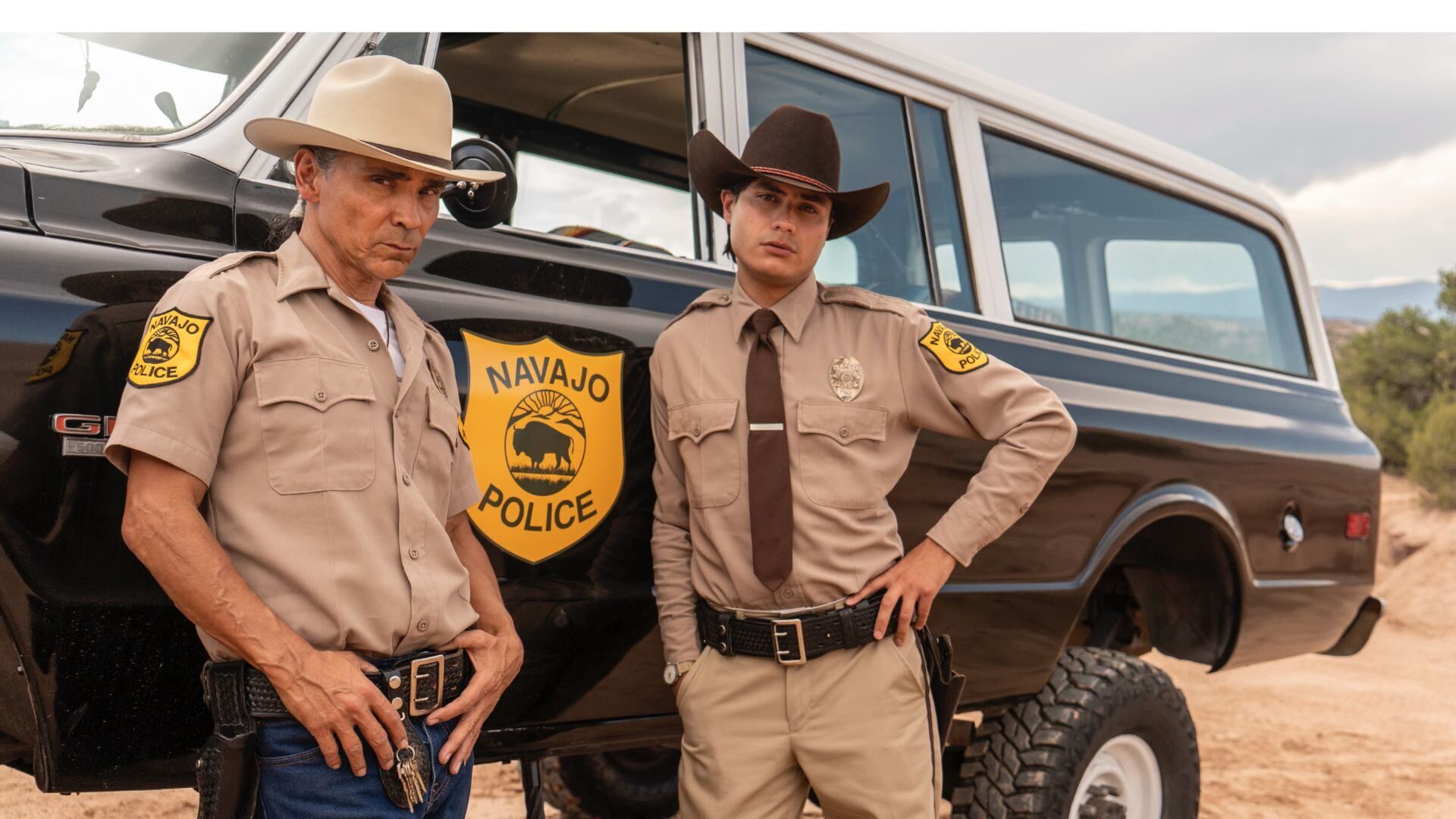 Hillerman’s series consists of eighteen books so far (Hillerman passed away in 2008, but his daughter, Anne, is continuing to write the series). This series is an adaptation of the third book in the Leaphorn & Chee series, The Listening Woman. Set on Navajo tribal lands in New Mexico in 1971, Dark Winds follows Navajo Tribal police chief Lieutenant Joe Leaphorn, played by Zahn McClarnon, as he investigates a brutal double murder. At the same time, FBI agent Whitover, played by Noah Emmerich, is in town investigating a lead on the perpetrators of a brazen armored truck heist three weeks earlier in Gallup, in which the suspects made their getaway in a helicopter. When witnesses spot the helicopter over a remote area of Navajo country, the FBI sends Whitover and another agent, Jim Chee, played by Kiowa Gordon, to investigate. Chee, who is originally from the area, decides not to divulge his FBI status to Leaphorn, who accepts him as a new deputy. Leaphorn quickly figures out who Chee really is and decides to work with him anyway, as the FBI is just as invested in solving their bank heist as he is in solving the double murder, so they team up to work together. Little do they know that the two seemingly unconnected crimes are, in fact, related.

While Dark Winds is as classic a police crime procedural as they come, there is a truly unique dynamic at its core. The authenticity of place and people instantly communicates an experience we’ve never had before. The realism comes directly from the fact that creator Graham Roland, director Chris Eyre, and the entire writer’s room are Native American, allowing for a more genuine representation of a culture that has way too often been marginalized and generalized in popular culture. The series was filmed on location on Navajo lands, and most of the cast, except for Emmerich and Rainn Wilson, who plays a corrupt used car salesman, are also Native American. 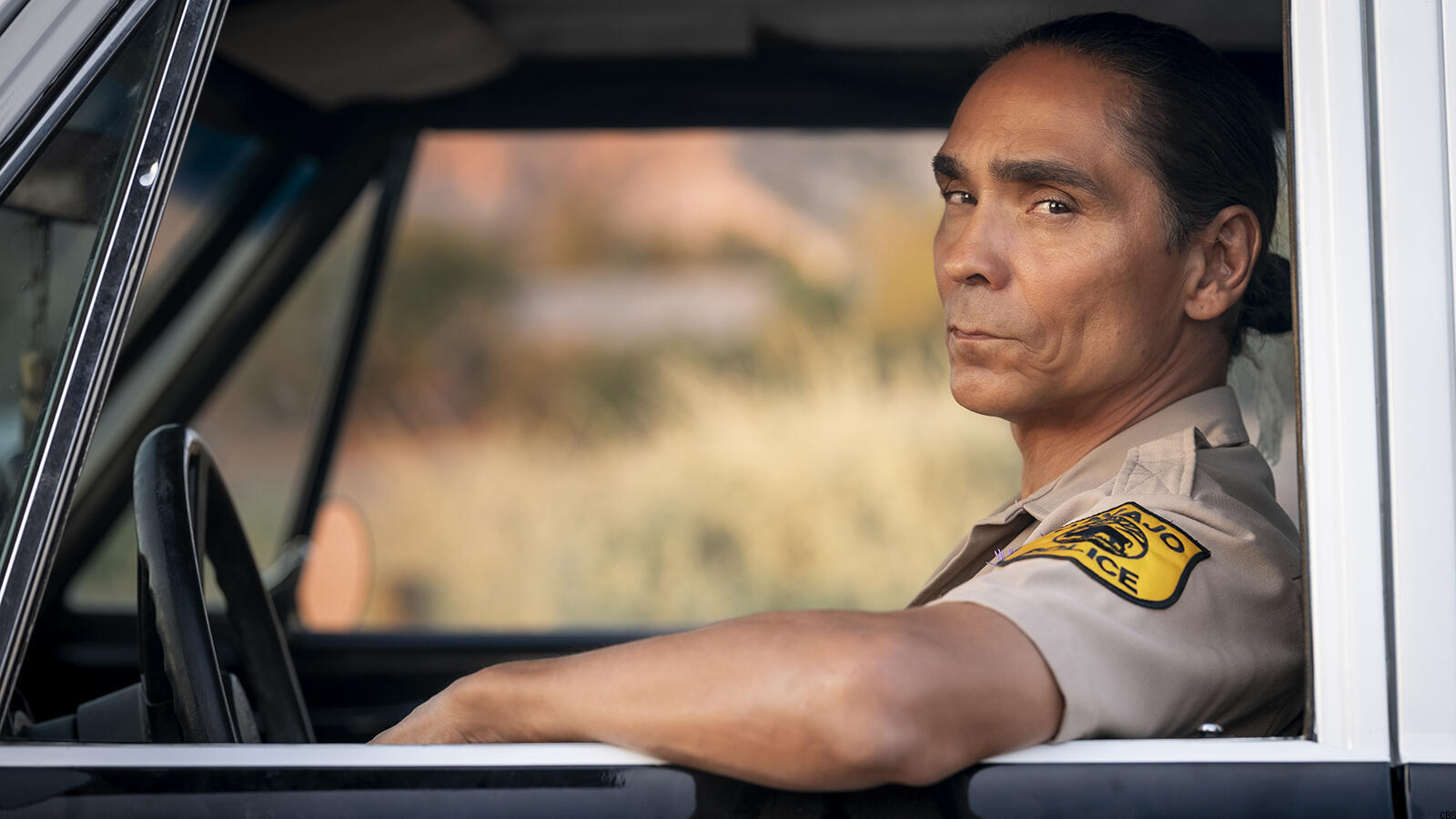 Because there is such an effort to bring authenticity to the production, the cultures and traditions of the Navajo play a central part not just in the milieu of the series but in the story itself. There are many threads in the 6-part series, and most of them connect to some element of Navajo ritual, history, or cultural touchstone. The writers find brilliant ways to weave them all into the plot, not as window dressing or afterthought, but as legitimate motivation and texture in the story. The most enticing part of Dark Winds is recognizing the traditional police investigation and trying to piece together the puzzle of the crime, which is baked into this significant culture that we know so little about, one that is beautiful, fascinating, and misunderstood.

But Dark Winds is much more than just dressing up a police procedural in different clothing. The six episodes are brilliantly paced, giving just enough of an answer to one part of the puzzle yet teasing just enough mystery about another to keep you watching. Elements of black magic, spells, and dark spirits play a key role in the story, weaving in some of the spiritual and medicinal traditions, which sometimes come off as a little over the top, but not enough to take away from the overall effect. The series does suffer a bit from a lack of polish at times, most noticeably in some driving scenes, where it’s obvious the actors are sitting in front of a green screen. Still, it’s more than made up for by some gorgeous cinematography and excellent performances across the board. 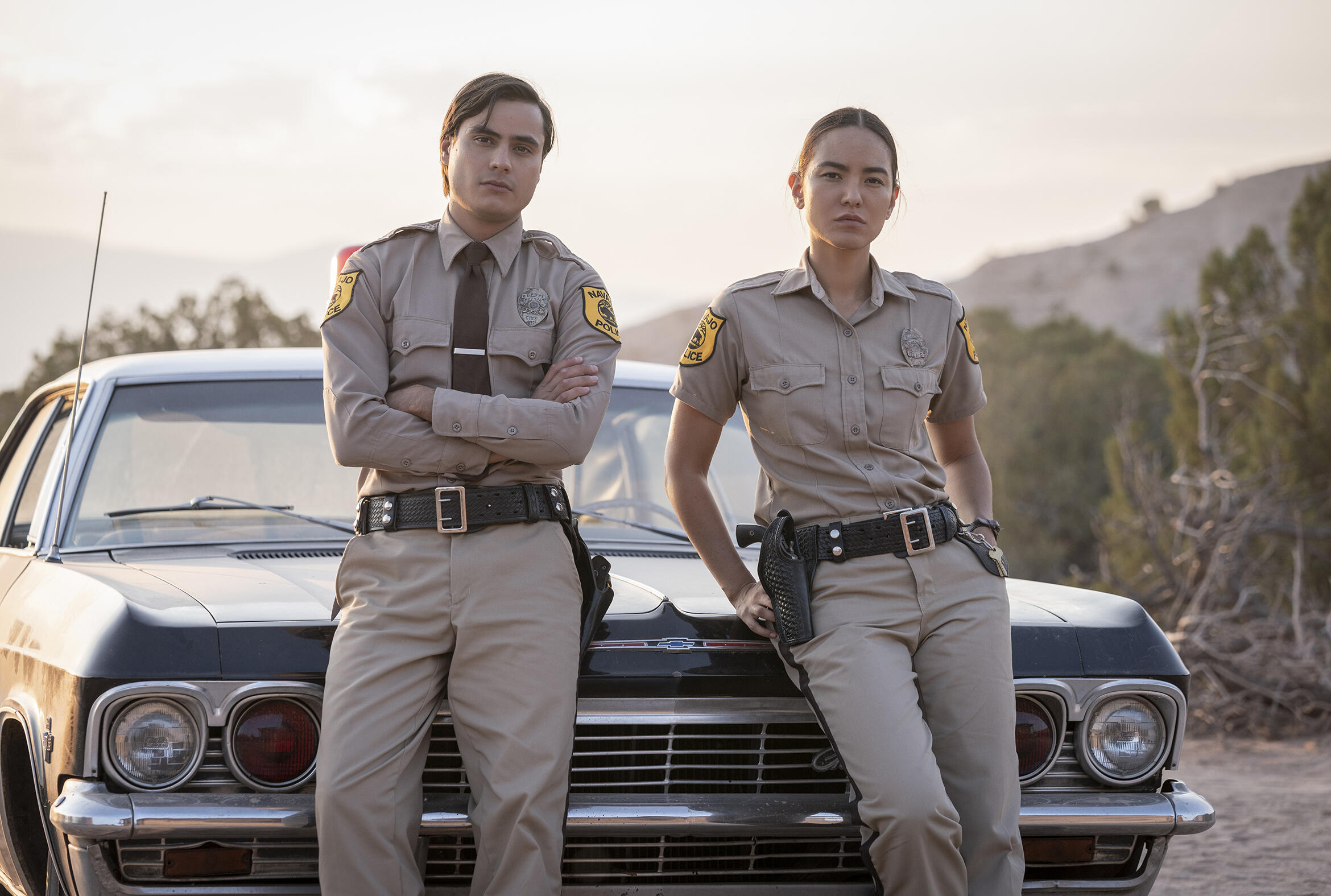 Besides the gorgeous setting of landscape and culture, the main calling card for Dark Winds is the central performance by Zahn McClarnon as Lt. Joe Leaphorn. McClarnon has delivered knockout performances as a supporting player for years. He deservedly takes center stage in this series, and he is more than capable of carrying the series on his back as a complicated, quiet, and dedicated lawman who courageously protects his town while battling demons of his own. He and his wife Emma, played by Deanna Allison, have suffered a loss, which colors everything Joe does. McClarnon’s quiet but simmering performance compels you to watch and is the best part of this excellent series.

But the ensemble around McClarnon is also strong, especially Jessica Matten, who plays deputy Bernadette Manuelito. Bernadette is a dedicated cop, desperate to be considered an equal to Joe. Matten avoids all the pitfalls of playing the one female cop, not playing into stereotypes, allowing her to be strong and vulnerable at the same time, comfortable in her femininity and her strength. She and Chee form a bond that is underdeveloped but still sweet. Gordon, who plays Chee, is not as strong as McClarnon or Matten, but he serves the role well. Rainn Wilson plays a throwaway cartoon character, more for effect than anything else. Emmerich plays the same role he did on The Americans, proving the majority of the effort was put into building the other characters.

Although there are moments in Dark Winds that feel like you are watching just another TV police procedural, there is enough in the experience that truly sets it apart from the majority of average police dramas produced through the years. It will not go down as the most stylistic or imaginative of series, but it tells a solid story in a way that keeps your interest through performances and cinematography that make Dark Winds worth the effort to find. 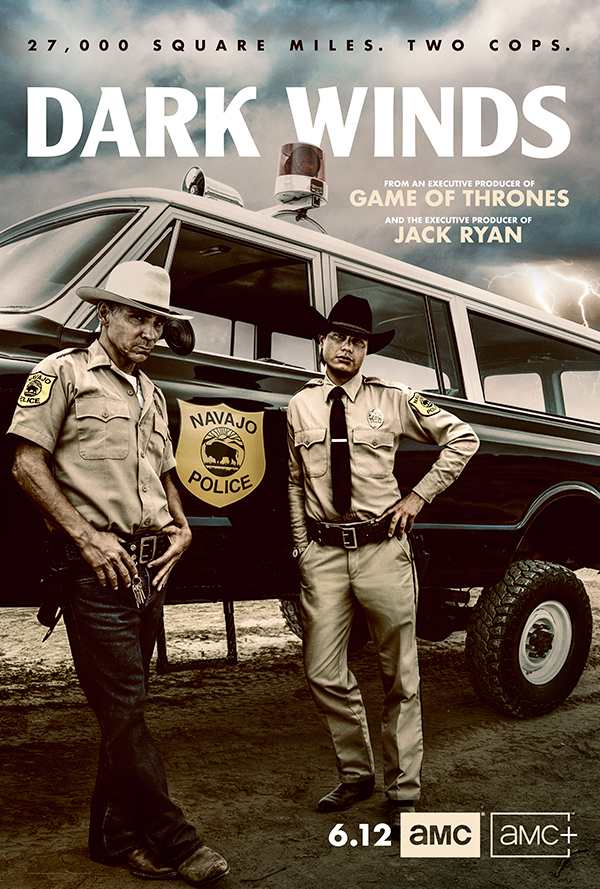