The most successful comedies of the past two years, Schitt’s Creek and Ted Lasso, dominated their respective Emmy Awards. Schitt’s Creek won everything in sight in 2020, and Ted Lasso did the same last year (and might do it again this year). Not that they aren’t great shows on their own, but the benefit of timing helped each show immensely, as their uniquely feel-good messages were exactly what audiences were looking for during the COVID lockdown. But timing and a warm, fuzzy feeling aren’t all Schitt’s Creek and Ted Lasso have in common. They also share the very familiar fish-out-of-water contrivance that has been the set-up for more than one successful series. Because of this, it presents an uphill battle for any new series jumping into the fray that may use the same theme, as comparisons to both hugely popular shows would be inevitable. With all the competition out there, it’s almost as if new shows have to set themselves apart in some unique way. Whether it be by pirates or time travel or hit men or vampires, comedy series have to find some way to break the familiar mold to cut through the clutter. Sadly, this is why Apple TV+’s new series, Loot, might get lost in the shuffle.

It’s not that Loot isn’t entertaining and well done. It’s just that it might be too familiar, too recognizable, and too predictable. Audiences may have been craving sweet, innocent, and familiar during the pandemic, but now they are looking for edgy and different. And, although Loot may be wonderful, it plays it way too safe. Loot is the creation of Alan Yang and Matt Hubbard (Parks & Recreation) and stars Maya Rudolph as Molly, the jilted ex-wife of the billionaire software developer played by Adam Scott. As Molly is left reeling from suddenly being on her own, she discovers that she has no purpose in life other than being rich. When she finds out that a charitable foundation was created in her name, she dedicates herself to being a part of good change in the world. She gets involved with the day-to-day operation of the non-profit, to the dismay of its super-serious director Sofia, played by Michaela Jaé Rodriguez.

Molly’s journey follows every predictable beat throughout the first season’s ten episodes. Her best possible intentions often result in disaster due to her money-fueled naiveté of the real world. The aforementioned fish-out-of-water trope is thankfully not oversaturated though, as the writers settle nicely into making the show more relationship-based than predicament resolution. This is greatly aided by a stellar supporting cast, whose characters are much more than basic tropes. Rodriguez deserves credit for being a perfect yin to Rudolph’s yang, as her tightly-wound, socially-minded Sofia plays wonderfully off Rudolph’s loosey-goosey and oblivious Molly. The two have great chemistry, and the exploration of their developing friendship is a central drawing point of the series. Less appealing is the forced relationship between Molly and Arthur, the dorky but sweet accountant played by Nat Faxon. We can see where this is headed from the first moment, and yet there is none of the excitement or anticipation that is necessary to get the audience energized. What does bring all the energy to Loot is the relationship between Molly’s assistant, Nicholas, played by Joel Kim Booster, and her distant cousin (who works at the foundation), Howard, played by Ron Funches. Booster and Funches are both stand-up comics, and they each bring every bit of their sense of comic timing and vibrant personalities to their roles, each of which could quickly have fallen into the sidekick abyss. But instead of having Howard and Nicholas focused solely on Molly, the writers bring them into a friendship of their own, which is dynamic, energizing, and absolutely hilarious. If this show does not work out, they need to give Booster and Funches their own show together.

But this isn’t their show, it’s Rudolph’s, and that is, sadly, where it mainly misses the mark. Although Maya Rudolph is insanely talented, and Yang and Hubbard have been trying to find a show for her that sticks (after their previous attempt at a series, Forever, which lasted only one season), she feels somehow miscast in this role. Although Rudolph is perfect in the scenes where Molly is genuine and well-meaning, it’s hard to believe her to be as daffy and clueless as the character needs to be. While it is refreshing to not have this character be an over-the-top caricature who we would never want to spend time with, it is too bad that she’s not more defined, a little edgier, or even a little harsher. 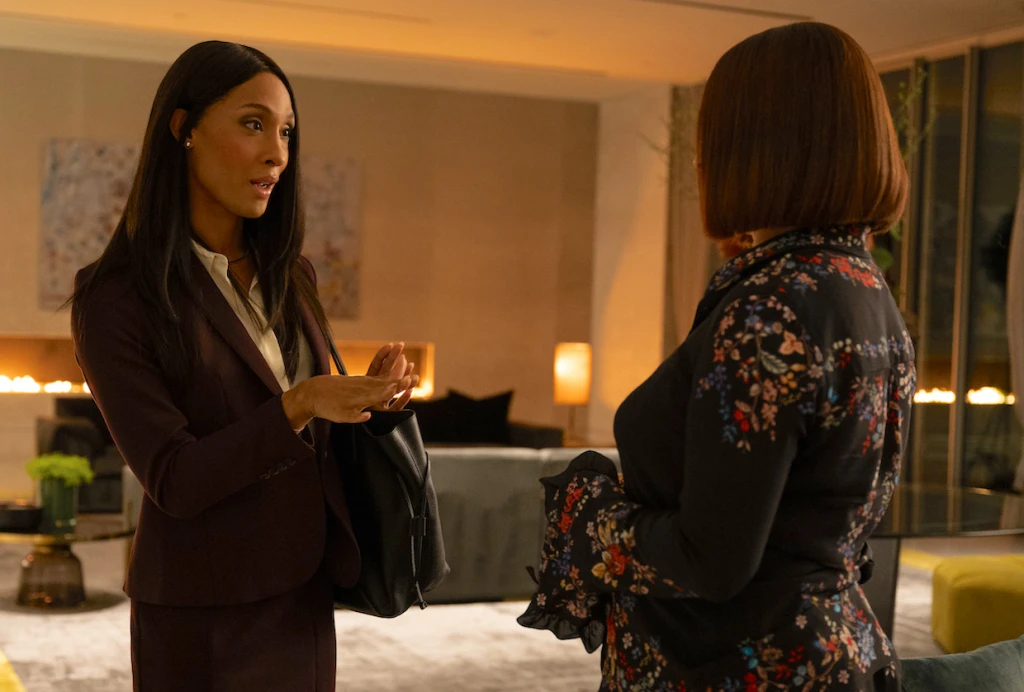 But, as the show continues, its soul is revealed, and there is an understanding as to why Rudolph doesn’t play Molly with the cruelty that we would expect from such a role. The purpose of Loot is to make a statement about the importance of doing good in the world, and it doesn’t shy away from its clear agenda of commenting on society’s blind eye to social and environmental ills. Its altruistic heart beats loudly but does not diminish the humor that delivers the message.

Loot is funny, it is warm, and it does have a clear purpose. There are many excellent performances that deserve to be talked about, and its heart is most definitely in the right place. But, unfortunately, it needs more to make it truly stand out in this landscape of television that is edgy, different, and imaginative. But there is always room for sweet and familiar, and if you still crave a little of it, Loot hits the jackpot. 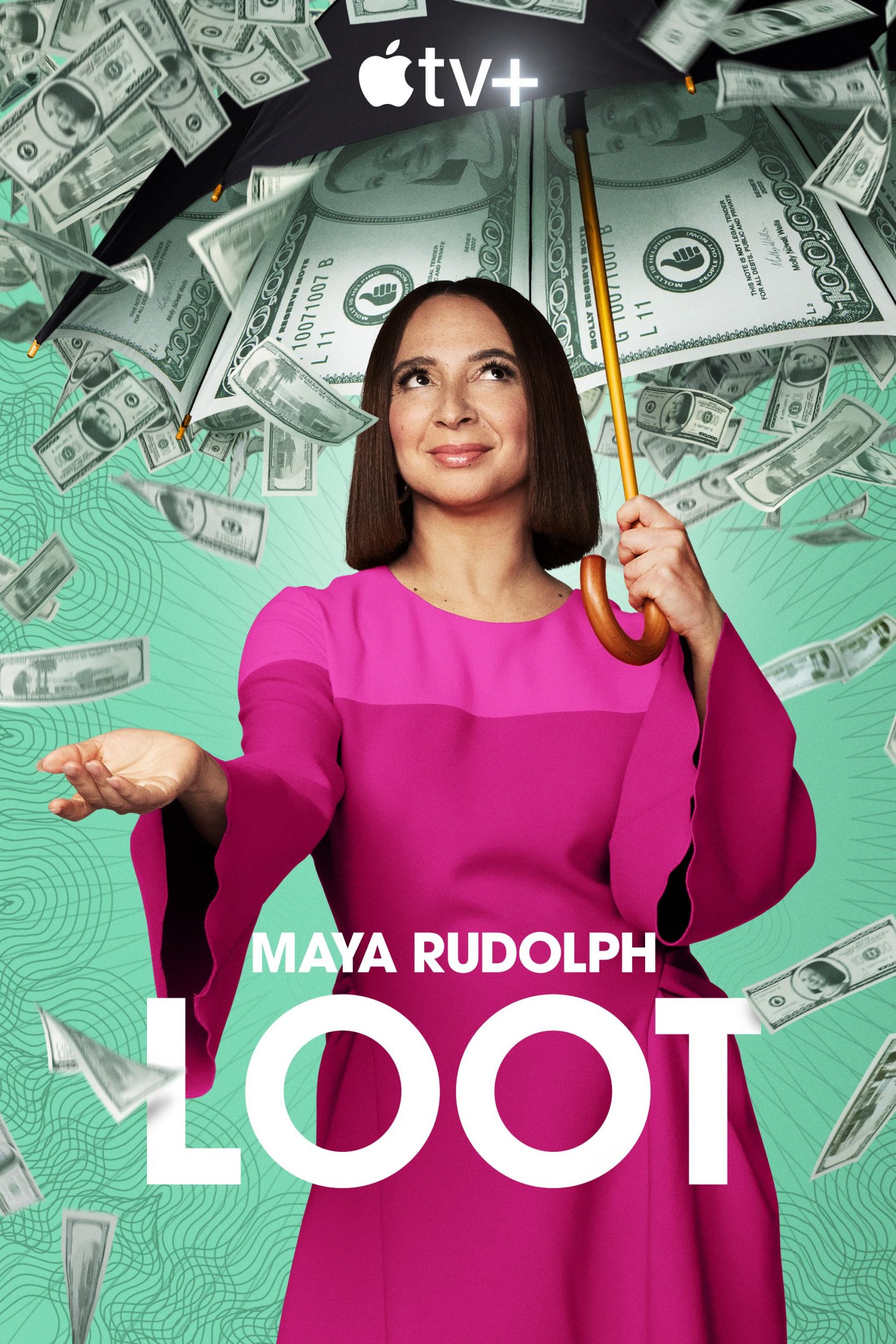