From the beginning of “Unbound,” I could tell that this show was either another variation of the popular “Lonewolf and Cub” storyline or it would go on a different path. Luckily, the show decided to firmly look at who John was before he became Master Chief. The best part of a show like Halo is that it can reinvent canon. The writers are doing a smart thing by not paying as much attention to the physical war and taking the time to look at the mental side effects of engineering someone strictly for that purpose. In this episode of Halo, audiences were asked to look at the cost of war. John and Kwan were in deep space, looking to escape the UNSC. The duo finds comfort in one of John’s old soldier friends, Soren-066 (Bokeem Woodbine), whom he allowed to escape from training. The asteroid they arrive on allows them solace from the chaos of the UNSC.

The challenge with an episode like this is that you have to avoid the trope. I feel like the writers succeed here. They take the time to indicate the conflict within John as a person. With every glance, he wishes he was a more normal, fully realized version of himself. The most surprising thing for me is that John actually had someone to rely on when he was in trouble. For someone as dedicated to his job as John is, you would think we have very few people he could rely on that weren’t within his unit. The dynamic between the two men was interesting, and you could definitely have a deep sense of their conflicting ideals.  This came into focus when you were looking at how John continues to try to prioritize duty over everything else in his life.

Doctor Halsey continues to be an interesting character within the Halo universe. I loved how she was able to manipulate her superior to allow the use of Cortana to try and locate Master Chief. I can also sense that fighting spirit within her daughter, who very much wants to be on the ground floor in terms of the major missions that the military carries out. The political intrigue is what keeps this whole universe interesting for me. You never know where anyone’s loyalties lie and that causes both fear and excitement in the viewer. I continually look forward to the idea that the rules and policies within this universe will be challenged. The consequences of that action I do not know, but it does make for engaging television. I’m not particularly heavily drawn to any one character at the moment, mainly because no one has given me a standout moment to praise. Everybody seems to be on the level with everyone else. While this is never a bad thing, it doesn’t advance the characters in any way.

The best way for this show to succeed is if it works very hard to continually show us something new. So far, it’s doing that job beautifully, and there’s a great job of engaging with the audience and leaving them with questions. Audiences should be excited for the rest of the season and more unique characters we may come to know in the future. Halo may have started out as a gaming property, but it has the makings of being a great science fiction television series. 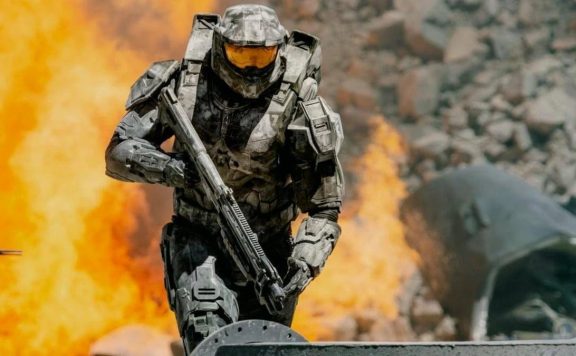 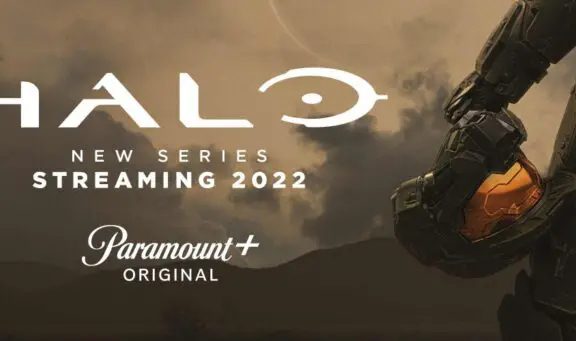 From the beginning of "Unbound," I could tell that this show was either another variation of the popular "Lonewolf and Cub" storyline or it would go on a different path. Luckily, the show decided to firmly look at who John was before he...
0
Average User Rating
0 votes
Please sign in to rate.
TV Show:Halo
Cast:Bentley Kalu, Bokeem Woodbine, Charlie Murphy, Danny Sapani, Jen Taylor, Kate Kennedy, Natascha McElhone, Natasha Culzac, Olive Gray, Pablo Schreiber, Shabana Azmi, Yerin Ha
Director(s):Otto Bathurst
Writer(s):Kyle Killen, Steven Kane
Network:Paramount+
TV Rating:TV-MA