I was never into wrestling as a kid.  Part of the reason for my lack of interest came from having a physical disability and not being able to perform any of the moves.  I thought the video games were cool, though.  I decided to check out Heels, the newest show on Starz, because of my interest in those wrestling games.  When Stephen Amell decided to walk away from the television show he was most known for CW’s Arrow, I was skeptical that his next project wouldn’t be a showcase of the true command he has on-screen.  Dear reader, I’m happy to report that I’ve never been more wrong in my life.  Heels, the new drama starring Amell, tells the story of two brothers Jack (Stephen Amell) and Ace (Alexander Ludwig).  Both brothers are wrestling legends who came to prominence after their father passed away.  Jack owns the DWL wrestling organization, and his brother is its star performer.

The premiere episode entitled Kayfabe focuses on Jack struggling to make his wrestling organization turn a profit in Georgia.  Meanwhile, his brother is more popular than ever and beloved by basically the entire town. Ace is the type of brother that can do no wrong, and when he does it, all he has to do is flash a smile, and all is forgiven.  Jack is frustrated by everyone continually adoring his brother while he does all the hard work. He loves wrestling so much that he basically ignores his family throughout half of the first episode, including his young son.  In addition to being the proprietor of the DWL, he is also the scriptwriter for each event. His frustration with not being taken seriously leads to a climactic event with devastating consequences. I have a strong affection for the show.  Heels remind me very much of an adult version of the NBC drama Friday Night Lights in tone, and I think, given the opportunity, it could have even better success.  part of the reason this show succeeds at such a high level is the strength of the characters. Every bit of environment that we see that surrounds this town shapes how we feel about the characters that live in it.  The relationship Ace has with other members of the DWL continually showcases that he isn’t a leader but has aspirations of moving up in the wrestling world.  Ace’s ambitions are spurred on by Wild Bill Hancock (Chris Bauer).  I love any conversation that has those two characters on screen because it’s like an odd father-son relationship because Hancock previously was a main contributor to the DWL.  An immense amount of credit to what makes this world in that place believable goes to Michael Waldron, the creator of the show. This area of Georgia feels like a place that I could visit and matches that I could go to. While Bauer is a scene steeler in his scenes with Ludwig, the actor I believe deserves the highest praise apart from the two leads is Kelli Berglund as Crystal.  Berglund is a love interest for Ace, and the show gives her the thankless role of making her first scene a sex scene 30 minutes into the first episode.  Crystal as a character deserved better, but I am highlighting the actress’s performance because even though it was a steamy scene, just before that, she showed ambition to be more than some woman who was Ace’s bit on the side.  I love that Waldron, who wrote the episode, gave the character that bit of dimension.  Ultimately, what makes this the best pilot of 2021 is its honesty about the situation these characters are faced with.  The reality is overcoming such difficult obstacles in a small town may be too much of an uphill battle the DW well, and jack spade can’t win.  I look forward to seeing whether this show climbs to the top of the ropes.

Heels is now airing on Starz. 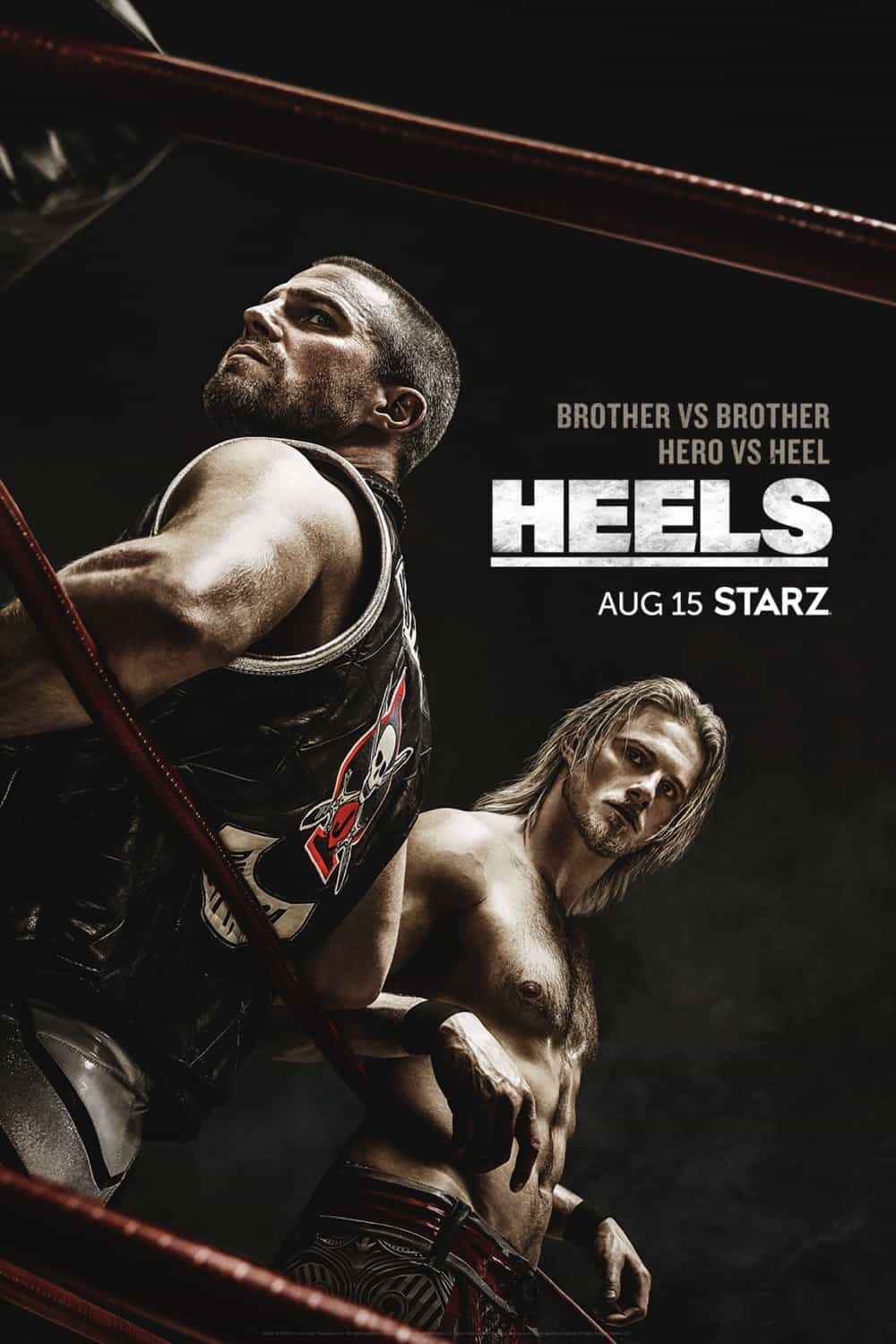 https://www.youtube.com/watch?v=dKFfSSXavYc I was never into wrestling as a kid.  Part of the reason for my lack of interest came from having a physical disability and not being able to perform any of the moves.  I thought the video game...
0
Average User Rating
0 votes
Please sign in to rate.
TV Show:Heels
Cast:Alexander Ludwig, Alison Luff, Allen Maldonado, Chris Bauer, James Harrison, Kelli Berglund, Mary McCormack, Roxton Garcia, Stephen Amell
Director(s):Pete Segal
Writer(s):Michael Waldron
Genre:Drama, sports
Network:Starz
TV Rating:TV-MA