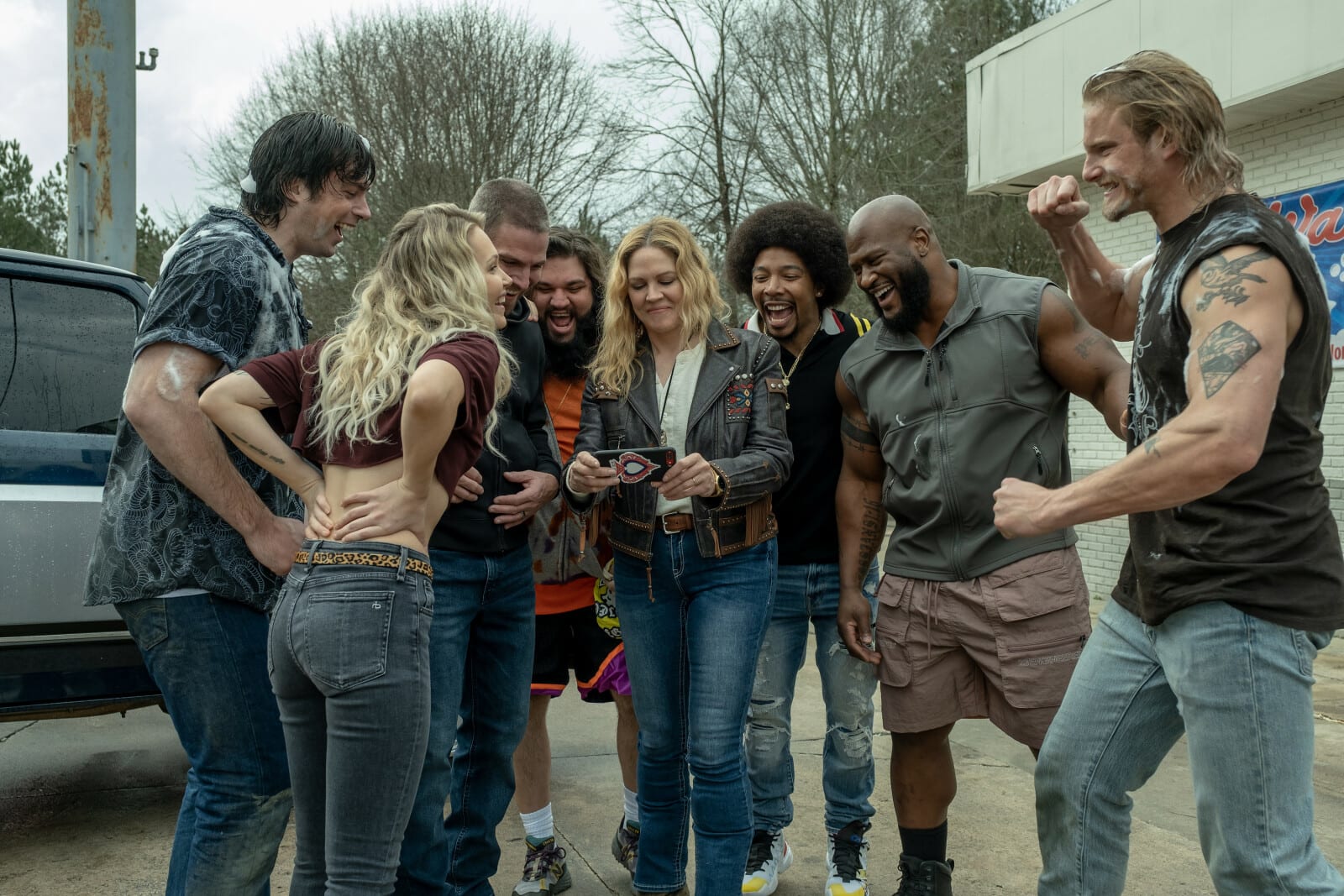 Heels, episode four, “Cutting Promos,” is the type of episode where all the dysfunction comes out between the brothers and between wrestlers in the organization.  The episode opens with a house fire that causes the Spade family to have to evacuate their home.  As a result of the evacuation, the Spade’s have to stay at Carol Spade’s house.  As the mother of Jack and Ace, Carol is understanding of their predicament but isn’t all that welcoming.  Wild Bill met with corporate sponsors and agreed to their demands for a new, more attractive title belt.  Bill didn’t take kindly to being bossed around, so he got drunk on an airplane and came out naked with the glowing belt as his only accessory.

Many fun interactions occur in episode four.  I like the fact that Jack and Ace are forced to be a family for a little while.  There has been so much animosity between these two that I wondered whether they were ever going to meet in the middle in terms of their goals and ideas.  As it turns out, Ace has had some brilliant ideas about promotional material Jack could create that would generate buzz for the organization. I loved the elaborate fight in the car wash. Yes, I know it was a wholly staged interaction, but from the viewer’s eyes, it probably felt pretty significant.

I love the fight that erupted at the dinner table regarding the death of the family patriarch.  Of course, Jack’s young son would be curious about what motivated his grandfather to take his own life.  The reaction around the table was so immediate that I thought food would be thrown.  It’s fascinating that Carol’s compartmentalization of her husband’s death says he went to hell.  This infuriates Staci, who feels her son didn’t need to fear where his grandfather was in the afterlife.  A strong moment in a bizarrely jumbled episode.

The character who really gets a chance to shine this episode is Wild Bill.  Beyond just not liking authority, he can only seemingly play by his own rules.  It was nice to see him get his comeuppance for just being rowdy and random.  His brand of chaos no longer sells, so he is on edge without a parachute.  Chris Bauer played Bill’s desperate attempts to be relevant exceptionally well.  Unfortunately, all of the behaviors of Will Bill just alienated everyone around him.  It was kind of cathartic for Jack to go to Bill’s hotel only to basically see his sad state and say to himself, “I’m going to let him self-destruct.”

The storyline that I think has the most like this week involves Crystal and Bobby Pin.  Crystal decided to help Bobby change his wrestling image and, in the end, only encouraged the man to be himself.  This was an intelligent decision by Crystal, but it wasn’t without consequences.  Ace keying Bobby’s car was low, but that’s just what Ace does when he feels insulted or dismissed.  It’s unhealthy behavior that I hope has consequences for him before the season’s end.  I love that the layers of the show continue to be pulled back.  I just need to have a better idea of what the end goal is.  Watching these characters grow and mess up will always be entertaining.  I just want to know where the path they’re on takes them. 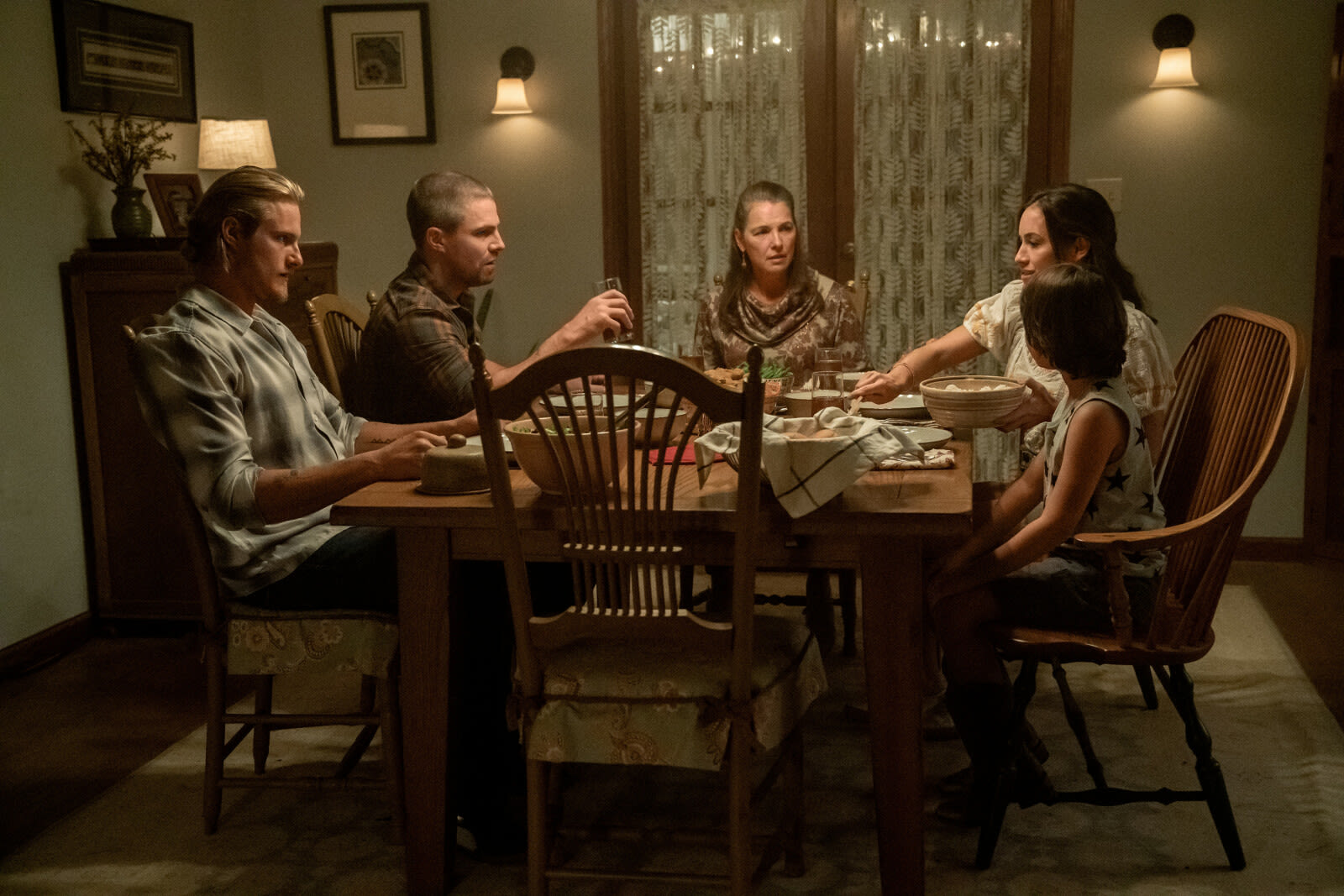