Younger viewers may not recall how, back in the day, the 90s/00s superhero movies primarily focused on individuals who didn’t want their abilities. For many of the students at Professor Xavier’s School for Gifted Youngsters, their powers were a curse. In the 90s, Billionaire Bruce Wayne of the Burton/Schumacher era was slightly annoyed to don the cap and cowl. Sam Rami’s Peter Parker did find joy in web-slinging, but… with great power comes great responsibility. Too often, the films were buzzkills for those wanting less angst and more pow. So, even though I don’t love Iron Man as much as most, Tony Stark’s baller “I’m Iron Man!” decree in 2008 blew the doors open, offering enthusiasm to all the power. Flash-forward to 2022, and while Jennifer Walters isn’t exactly ashamed of being a Hulk, she has lawyering to do on her lawyer show, She-Hulk: Attorney At Law, darn it! After all, being a superhero is mainly for billionaires, narcissists, and orphans for some reason.

Frustrating for Jennifer then that the premiere episode of Disney+’s nine-episode first season is like 95% Hulk stuff. As a viewer, it’s a pretty entertaining half-hour (and be sure to watch the end credits scene too). We get to see Jen Hulk out and toss a villain into a courtroom wall Phoenix Wright Ace Attorney-style, but, for the most part, the Law & Order angle will have to wait until episode two. In the meantime, she has a lot to learn about her newfound powers and, most importantly, how to channel all her anger and fear into mindfulness instead of Hulk smash antics. As Jen points out, however, those are the baselines of any woman just existing.

As Jennifer, Tatiana Maslany is easily one of the most likable of the new MCU characters. Given her profession as an attorney, there are a lot of inventive situations to be had within a sitcom structure. Maslany is all in. She’ll break the fourth wall, exclaiming right into the camera, “Lawyer show!” As the bulk of the pilot is about learning to control her powers, guest star Mark Ruffalo as Jen’s cousin Bruce is a big win for the debut. Ruffalo and Maslaney constantly spar verbally and physically, always trying to one-up each other. Sometimes that means trashing “Bruce’s Bar,” which Bruce built with Tony (although, according to Bruce, Tony mostly drank and sat around). Other times, it’s clever jabs about Bruce’s pal, Steve Rogers possibly being a virgin. Fun stuff.

The sitcom banter is clearly going to be a staple of the show moving forward. Maslany blew up from the sci-fi drama Orphan Black (earning her an Emmy in the process), highlighting her range exceptionally well. As directed by Kat Coiro (Marry Me), the pilot is well balanced between the plot stuff and hilarious line deliveries and exchanges. If there was ever an MCU show/film to embrace quips, this is it.

MCU showrunner Kevin Feige has a possible long-running concept winner with She-Hulk: Attorney At Law. “Possible” because while the casting is terrific with future episodes featuring Benedict Wong, Jameela Jamil (whose character makes a quick cameo in the pilot), Tim Roth, and Charlie Cox, the actual cases are still a mystery. According to the press brief, Jen will be an “an attorney specializing in superhuman-oriented legal cases.” One assumes this is how Roth’s Abomination will show up as a future client needing representation. Knowing Matt Murdock will be on the scene soon enough also excites me plenty. 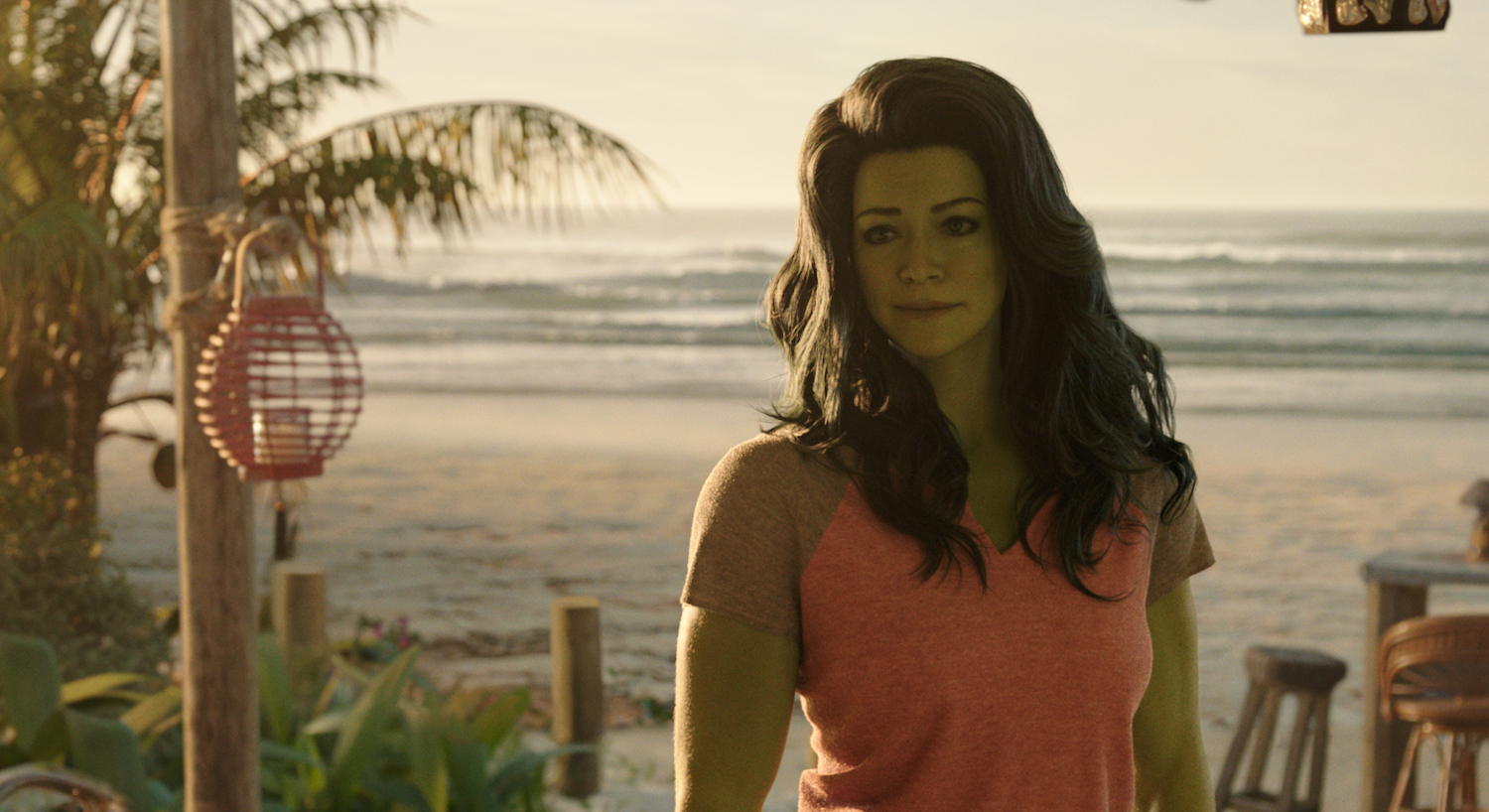 One aspect that could have used a little more time is the CGI of Walters’ Hulk form. Perhaps it’s a matter of the visual artists getting to know Maslany’s mannerisms over time, but while Bruce’s “Smart Hulk” form looks nearly identical to his big screen iterations, Jen’s appearance can definitely be a bit uncanny valley. Seeing Hulk versus She-Hulk raging out to (mostly) harmless chaos can be a blast, but the visual FX aren’t quite there. Viewers are wise to keep in mind the obvious: this is a television budget sitcom, not a $200 million Avengers spectacle.

Although Marvel’s She-Hulk debuted way back in 1980, many of the traits of this particular Jen Walters seem based on the Sensational She-Hulk from ’89, including the fourth wall-breaking witty remarks. She-Hulk was also the longest-running female character of her own series in the Marvel comics, so her live-action debut was long overdue. After a decade of earth’s mightiest heroes, Walters’ need to be a good human (lawyer) more than just superhuman is refreshing. Writer/showrunner Jessica Gao (Silicon Valley) has blended the best elements of the character alongside a strong cast for this Disney+ series. Jen/Maslany can smash jokes as well as cars, so here’s hoping the law degree leads to some, um, smashing, legal cases! 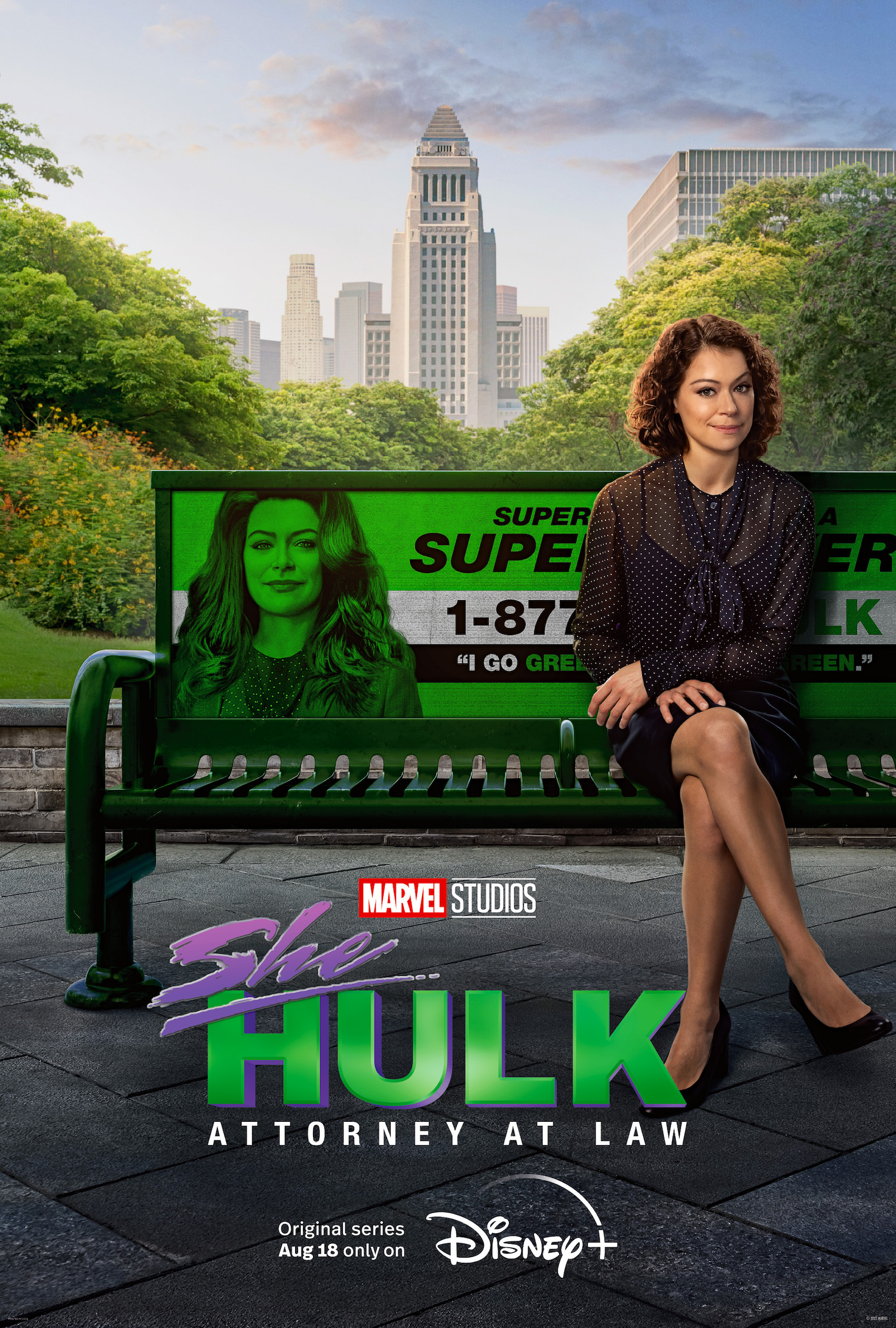 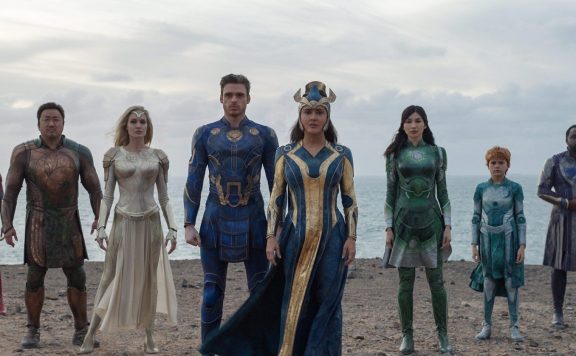