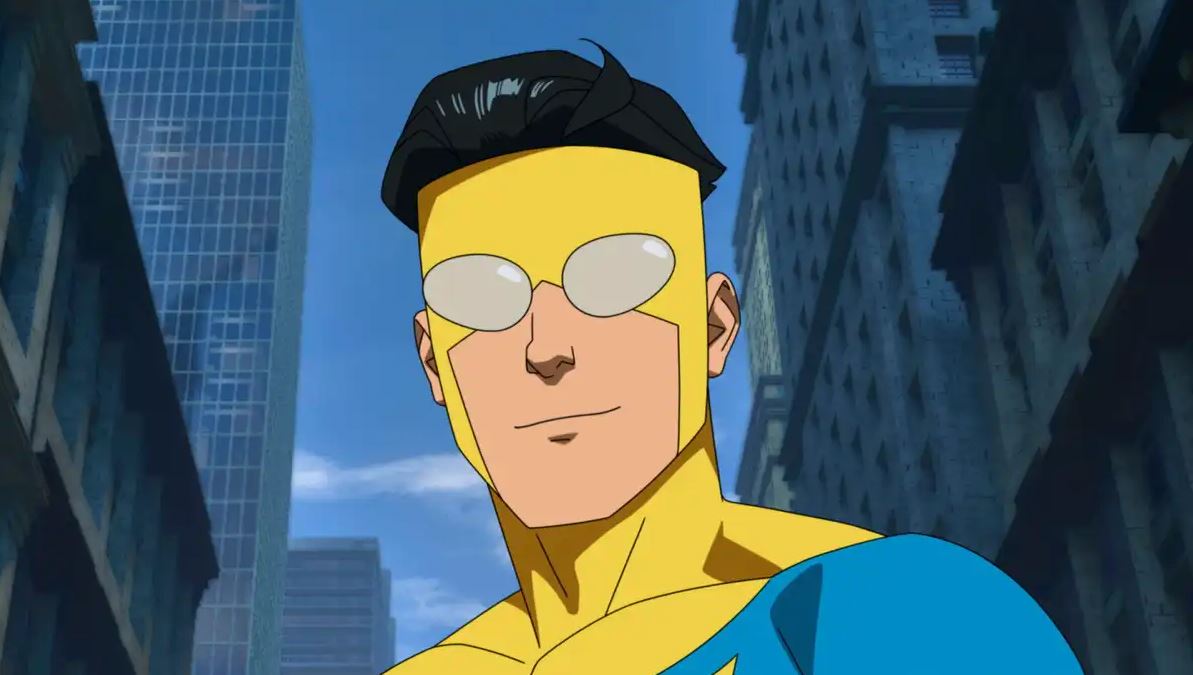 I tend to be into the idea of mundanity in a world of superheroes or extraordinary situations. Men in Black and The Incredibles both tried to bring that vibe when establishing how frequently threats to the city or the planet come their way, and it’s just something to be dealt with, like spilled milk. Invincible shows that’s where its head is at a couple of times on this week’s episode, “Neil Armstrong, Eat Your Heart Out.” Not only does Mark just up and decide he can take on a mission to Mars, but we also have Nolan choosing to let a dragon attack Rome while he drinks his espresso, and an ancient mummy reborn, only to be quickly reburied due to the dust storm affects from Mark’s low flying. Given the higher emphasis on the types of choices these superheroes have to make as people with private lives this week, I welcome this way of opening up the universe.

After the last couple of episodes gave us plenty of time to spend with Mark, as he learned of all the superpowered people around him, including Atom Eve and the new Guardians of the Globe, this week balanced more time between him and his family. In particular, we learned more about how Debbie Grayson is taking things, given suspicions being raised by Damien Darkblood, demon detective. The benefit of this focus means not only understanding more about the relationship she shares with her Viltrumite husband but seeing the show really build off the impressive voice talent they are working with.

While being an animated superhero TV series that also features Mark fighting off Martians this week, we get to see Sandra Oh and J.K. Simmons get into truly human conversations and arguments concerning their relationship, how they’ve depended on each other, and their expectations at a point where Nolan is creating a cause for alarm. The added tension comes from us knowing he is entirely guilty of murdering the previous Guardians. We may not understand why Nolan has done what he did as of yet, but it’s left him different, and we’re getting all of this from just a few episodes spent with these characters. 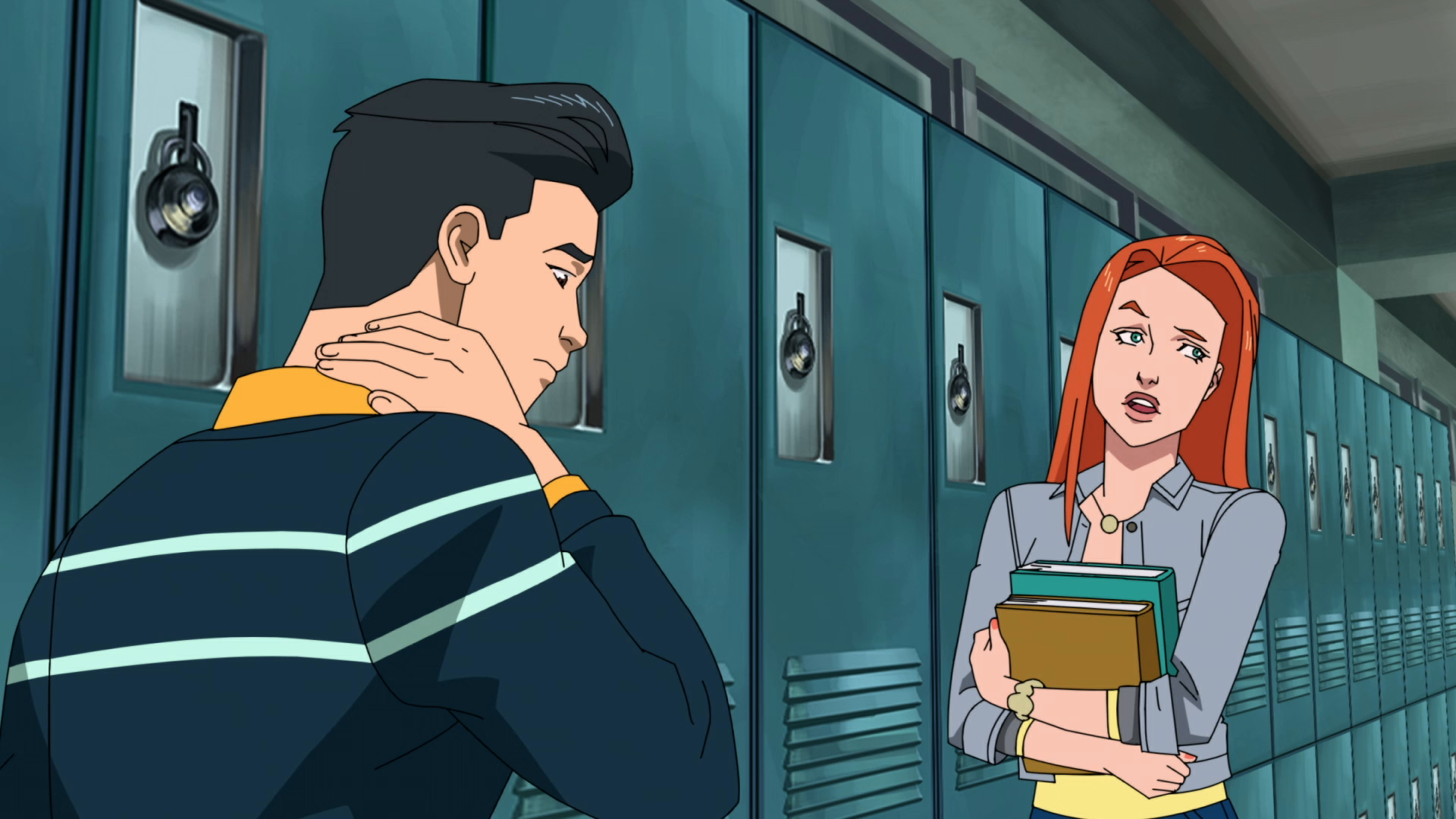 Given the fun family unit Mark, Nolan, and Debbie seem to exist as (just enough self-awareness to allow for that hip parent vibe, making mark hilariously uncomfortable in the process), knowing there’s going to have to be a point where things change means this level of investment is playing well to the show’s inherent drama. At the same time, we still get the chance to see the bonds between these characters, including the various lessons Nolan teaches to his son.

Speaking of which, Mark faces two challenges this week. He has his first date with Amber and his first major assignment from the Global Defense Agency. As far as the date goes, Mark is in a good spot. The two share the right kind of chemistry (which amounts to both being clever under Robert Kirkman’s writing) and seem into each other. Will drama present itself given Mark’s status as a superhero? Eve certainly seems to believe so.

As far as the GDA assignment goes – Mark goes to Mars this week, and he pretty much blows the mission. His one job was to protect the crew, but he nods off and loses track of the astronauts. Fortunately, he finds them, but not before dealing with a hostile group of Martians led by an Emperor voiced by Djimon Hounsou, as well as the Sequids, an alien species that will multiply quickly and to the point of species eradication if one isn’t careful. Fortunately, this stuff is also a lot of fun. 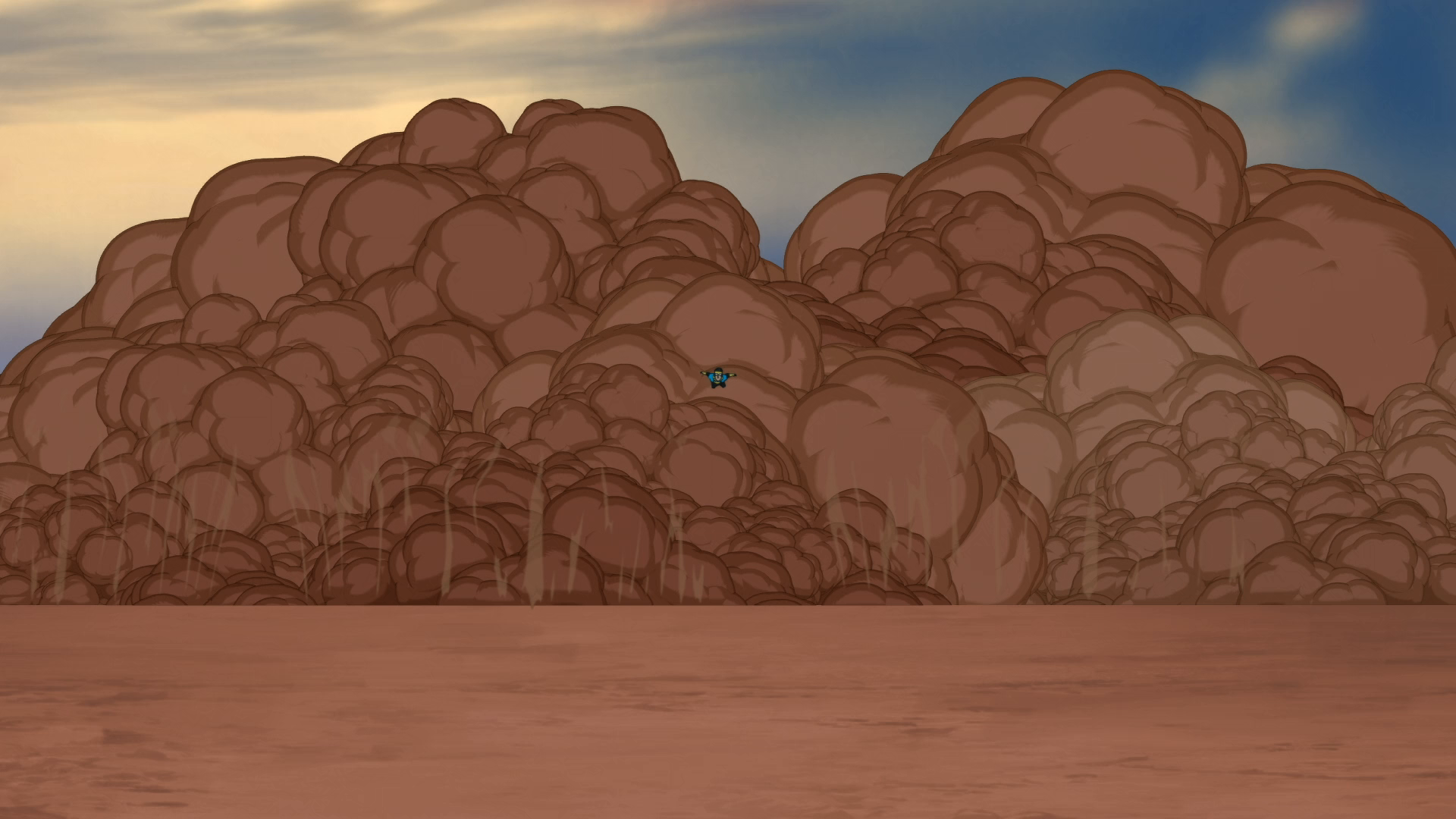 Rather than serve as another bloodbath as seen with the Flaxans, Invincible does his best to talk himself and the astronauts out of their situation before hightailing it back to the space shuttle. This is once again a colorful and exciting scene, and I should also note the strong work by John Paesano on the score. The blend of soundtrack picks, and music has generally worked well for the tone of the show. Regardless, Mars delivers the big action moments of the week, and I still find myself a bit at odds with the animation choice. I still believe there’s a clear purpose as to why the show feels like it’s a generation or two behind, and I can only hope it serves as a way to balance what’s to come from a story-perspective.

As part of this initial set of episodes, Invincible is doing well in all of its ways of balancing these various story arcs. I haven’t even mentioned Cecil and Darkblood yet (see the notes below), but things are certainly heating up as far as where this Guardian investigation is going. Plus, we have another mystery in the form of Robot not being what he seems. It’s all going to exciting places, but this initial foundation keeps the character focus alive and well, which is a huge plus for an ambitious animated series structured as an hour-long drama. Plus, did I mention the casual nature of Nolan dealing with a dragon attacking Rome? Let’s see if he’s back in more eventful action next week. 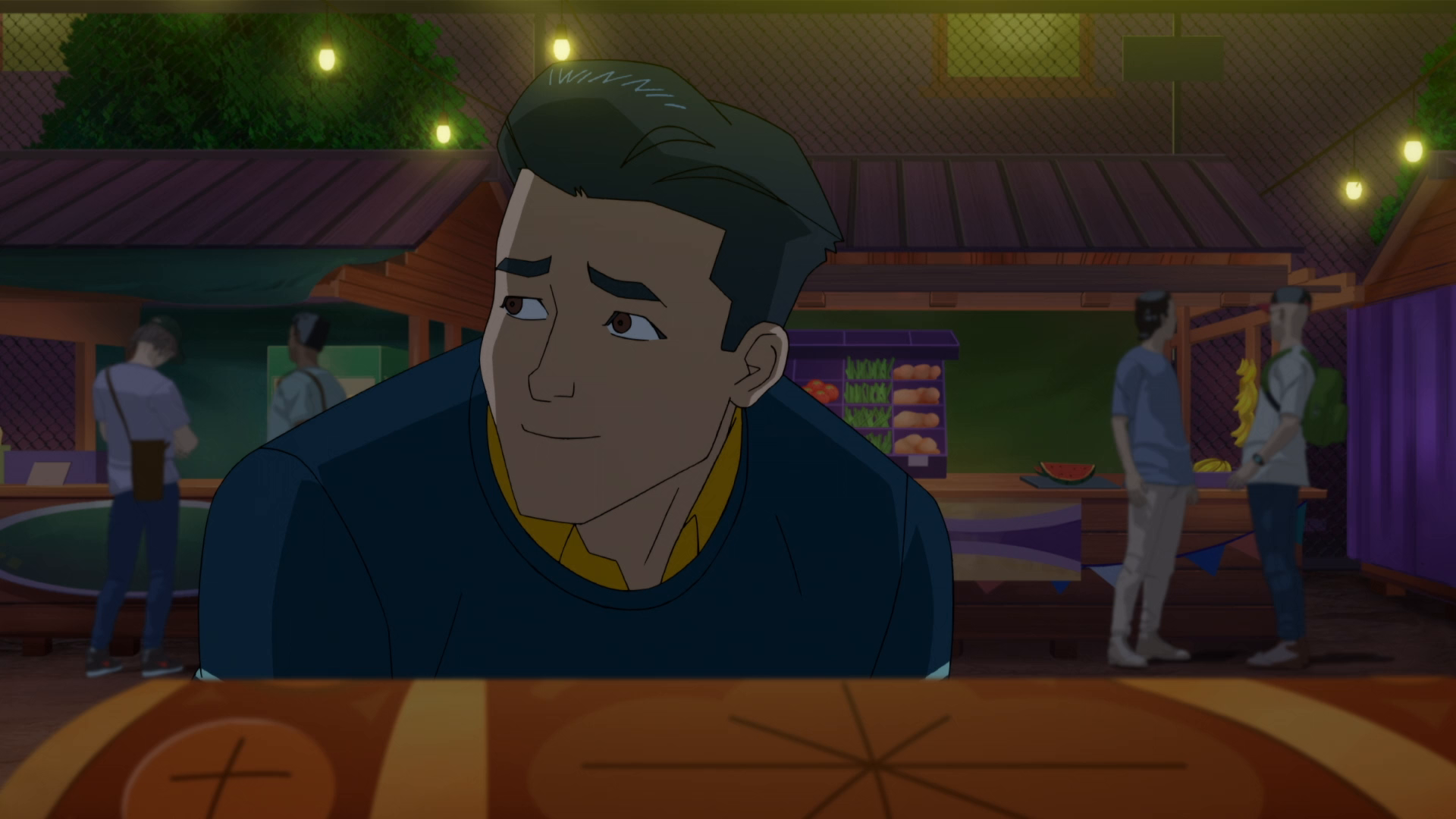 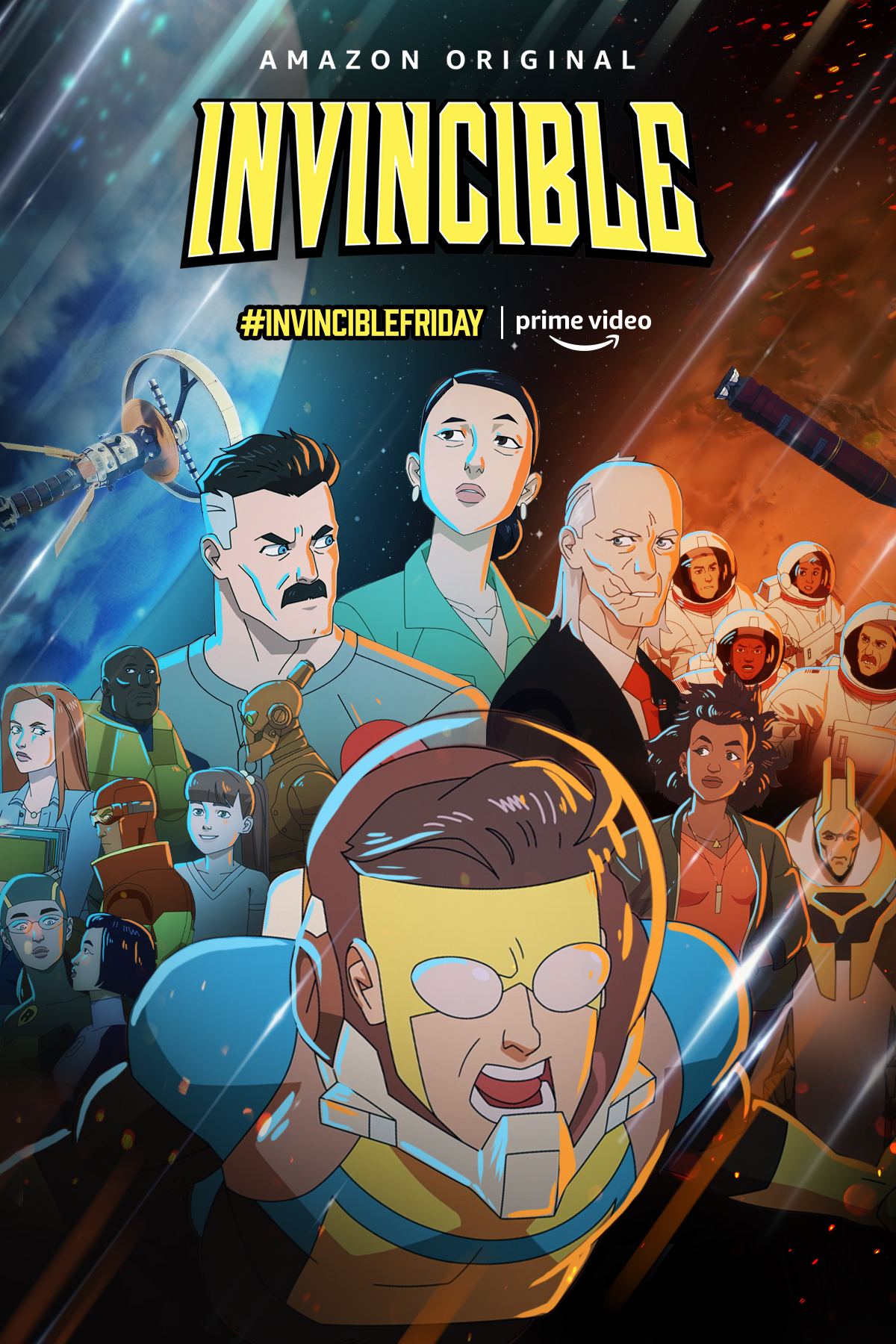 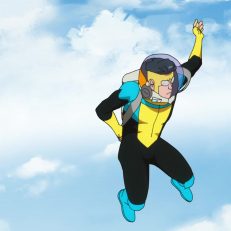 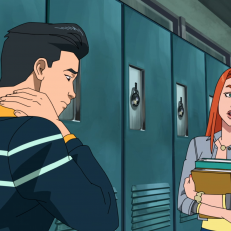 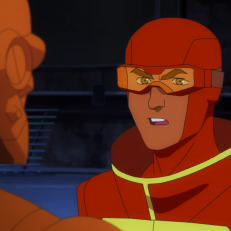 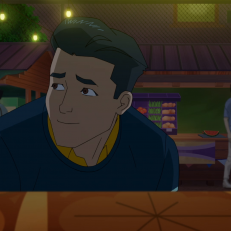 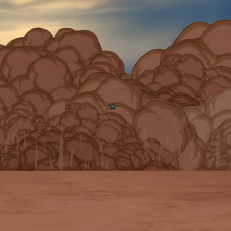 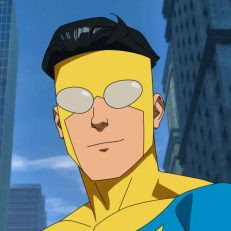 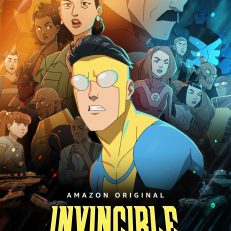