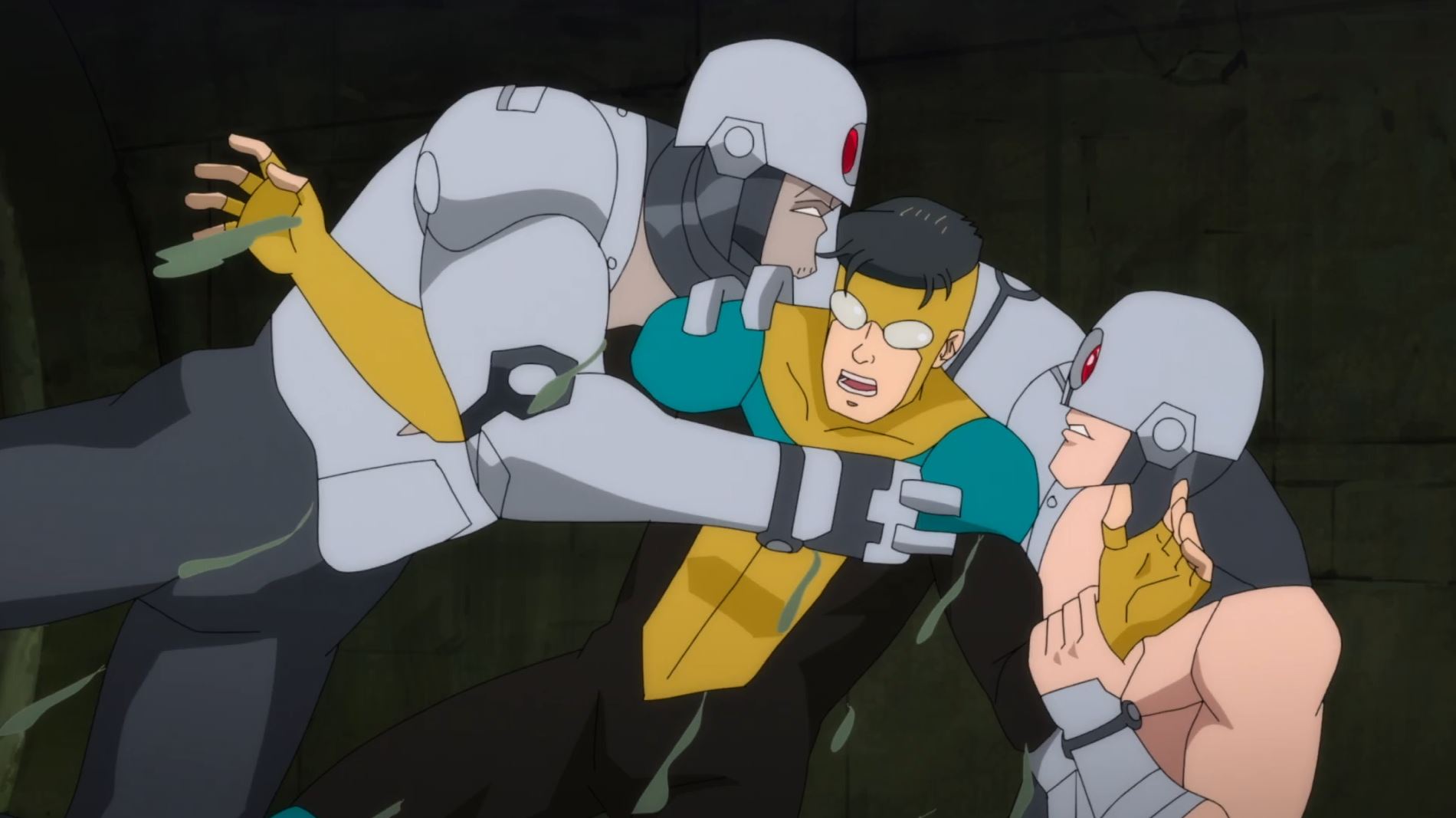 If there was any thought Invincible was going to slow down, following last week’s major beatdown of the heroes, “You Look Kinda Dead” is here to show just how many plates are still spinning. Mark faces some new challenges this week that continue to put his abilities to the test, but he’s not all there in a variety of ways. This plays heavily into the central theme of the week – dealing with the burden of having abilities. It applies to multiple characters, while the main storyline involves the grisliest villain plots we’ve seen so far.

As I mentioned last week, this is a show about a superhero named Invincible, so recovering from his fight against Battle Beast only takes so long. With that in mind, Mark is having plenty of troubles, challenging his commitment to being a superhero. Again, this is a show called Invincible, and we’re not just going to see Mark give it all up six episodes into the first season. However, it’s not as though the show is trying to play this up. Even Mark’s mention of thinking he doesn’t want to do this stuff anymore is treated as a throwaway line.

Really, it’s coming down to Mark’s insecurities of how good he can be after not only being beaten so severely but blaming himself for Monster Girl and Black Samson nearly dying as well. All of this, and he’s still standing small in the shadow of his powerful father. On top of that, he’s a teenager with a girlfriend who is fed up with him. He can’t explain who he is, and a college trip is only reminding him of the stuff he wishes he could do as a “normal” guy. 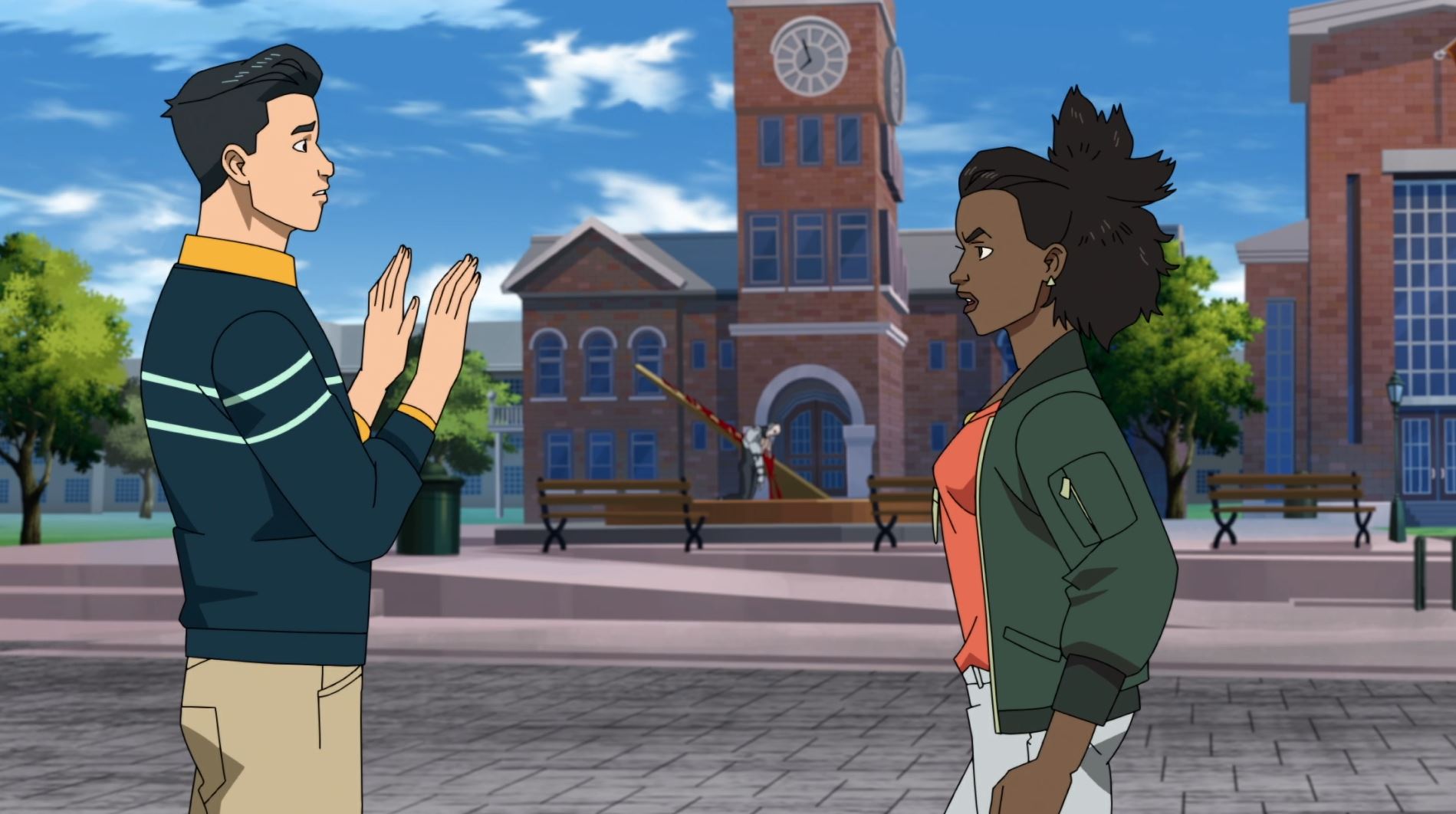 Eve, on the other hand, is looking at her powers as a gift. The burden she feels has more to do with what’s stopping her from being who she truly is. Her decision to skip college altogether and focus on helping the world daily is not only noble but a choice that pretty much makes her the most well-rounded character on the show. She has feelings for Mark, her father is a disapproving jerk, but as we watch her spend a day doing good all over, followed by what seems like utter comfort with herself as she lays down to rest, it’s hard not to think she needs much more for her life.

Meanwhile, Debbie faces the challenge of guilt and secrecy. Not that she’s at fault, but even as a strong woman, how does one hide their suspicions from the most powerful man in the world, who happens to be their husband? With confirmation from Art that Nolan did kill the Guardians of the Globe, Debbie chooses to confront Nolan, and he is not ready to dive into what’s driven him to this point.

As fun as this show can be and as lively as the voice cast is, I once again have to give strong kudos to Sandra Oh and J.K. Simmons, who are doing a ton with their little moments. Even the animation, as limited as it can feel, does plenty with their expressions and visualizing the simmering rage going on between them. Still, this only goes so far in understanding the angles, as Nolan is holding everything very close to the vest, even in our scenes alone with him. 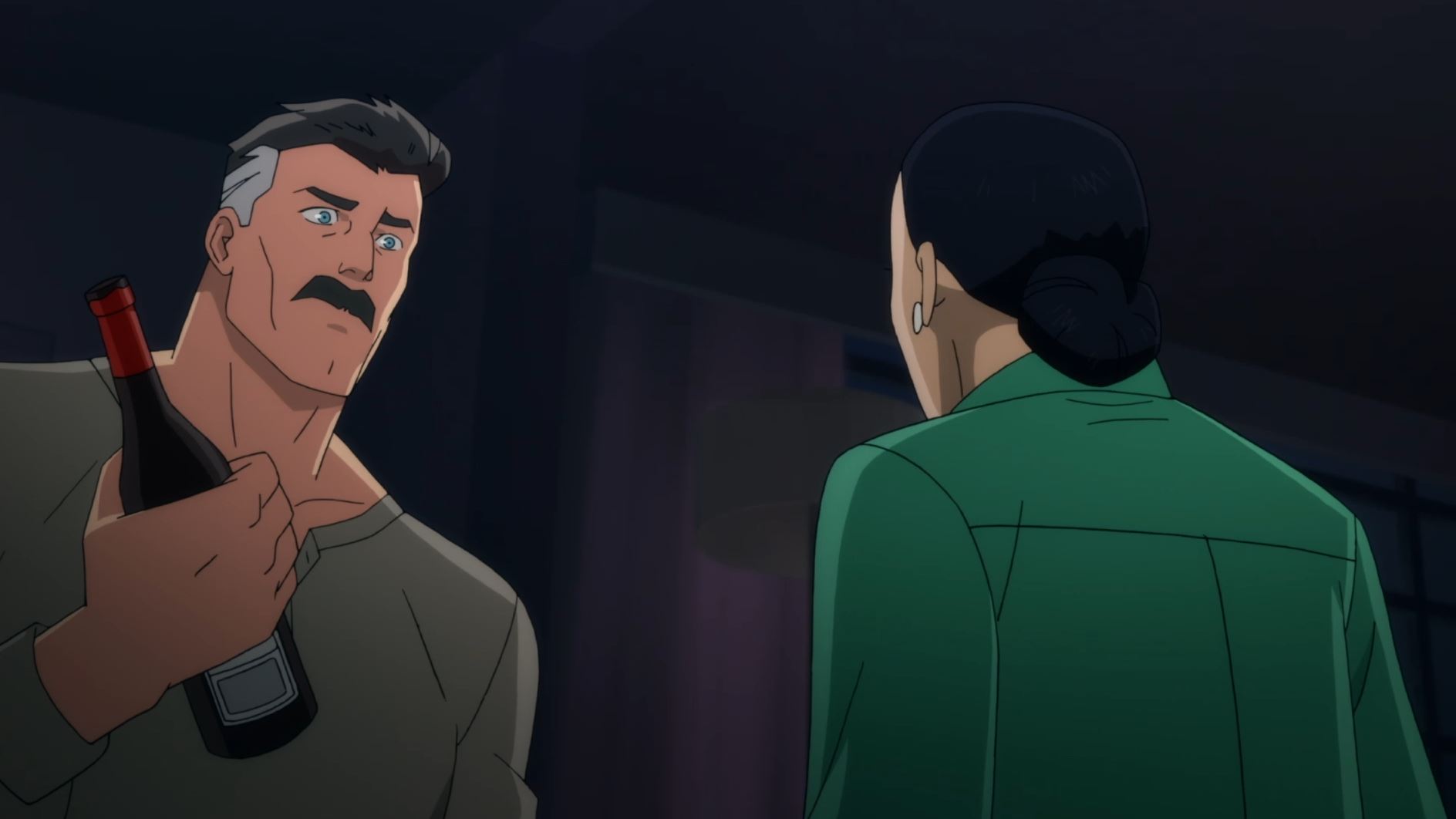 Robot appears to be dealing with the burden of emotion. Black Samson questions this as he heals. He is correct to point out that Robot not only has a programmed obligation to care for humans but a specific desire to protect and care for Amanda (Monster Girl). As we know, Robot is developing something with help from the Mauler Twins, more will be revealed in due time, but something is behind this powerful and brilliant tin can.

Outside the adult drama taking place this week, the much more comic book-inspired plotting comes from D.A. Sinclair’s evil plot to abduct strong, male college students and turn them into mutilated cyborgs. He has this twisted idea that he is maximizing humans’ potential, but his experiments are horrifically gruesome, let alone heartbreaking when considering what’s happening to these young adults.

One of these things manages to escape, seemingly attacking people in the process, only for Invincible to show up and, well, mostly get beaten up by it. It’s only until this robot man sees his own reflection that it kills itself to stop what I assume is a massive amount of pain. Unfortunately, William’s new boyfriend, Rick, is also taken and deformed by Sinclair. The two uncover this plot, and Invincible is barely able to stop Sinclair (basically by getting the RoboKids to disarm themselves). 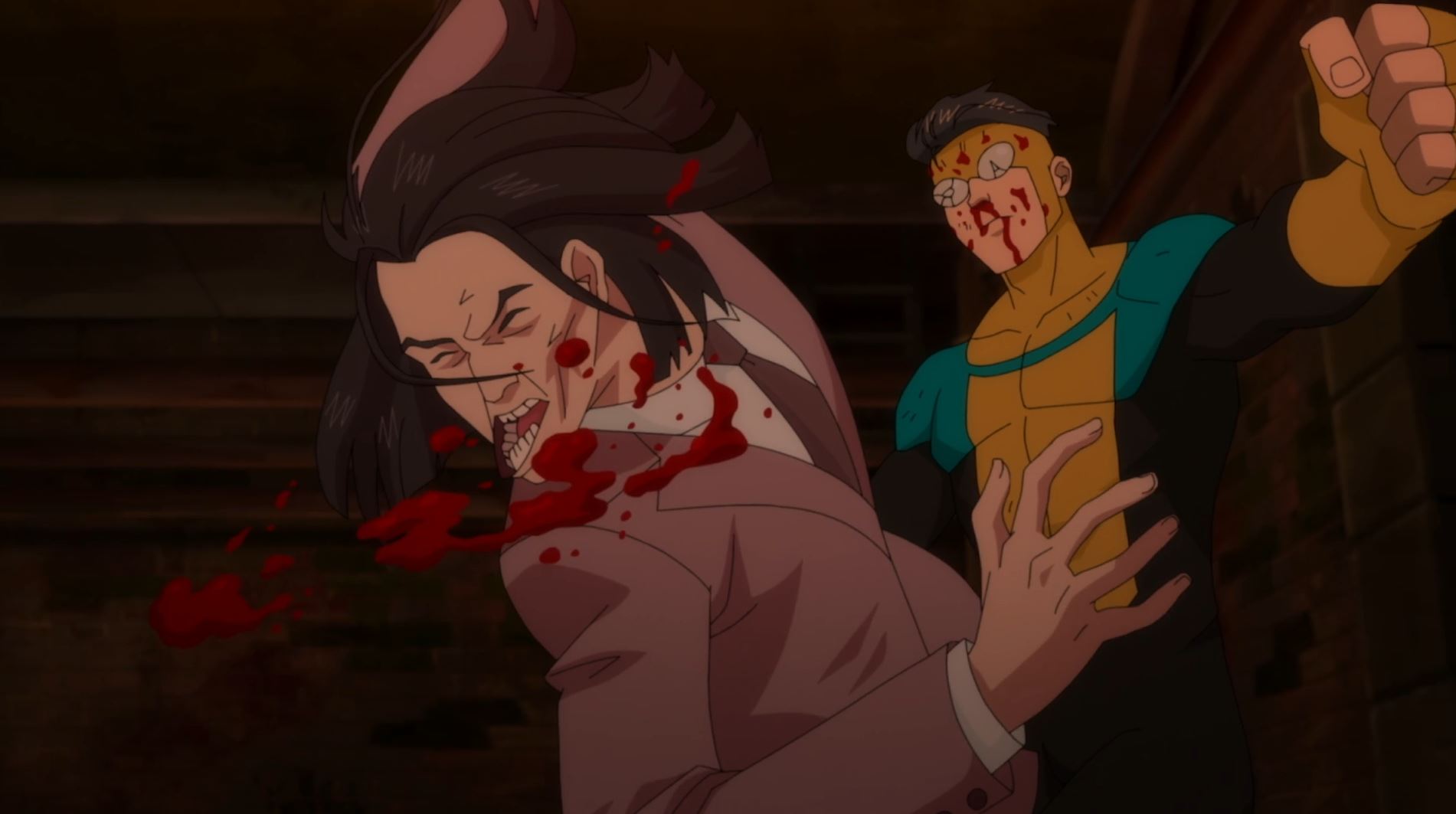 For a plot almost out of a sitcom (Mark, Amber, and William visit a college, and Amber gets mad), there’s virtually nothing but disaster to be seen. Amber is incredibly upset at Mark, as she thinks he ditched them all in a moment of chaos. William may have discovered his best friend is a superhero but is traumatized by Sinclair’s actions. Mark is not back up to fighting strength, but that’s not stopping life from kicking him while he’s down. It really isn’t easy being a superhero.

As things billed towards and end of this first season (there are only two episodes left), one has to think back to when Nolan punched Mark harder than anyone expected to show him that life is not going to be easy, just because he is strong and can fly. With tensions brewing as far as Nolan’s secret goes and Mark being pushed by all the stress building around balancing two lives, we see life hitting hard and frequently. However, hope does exist; it may just not be in the way Mark envisioned as far as simply using the power of might. 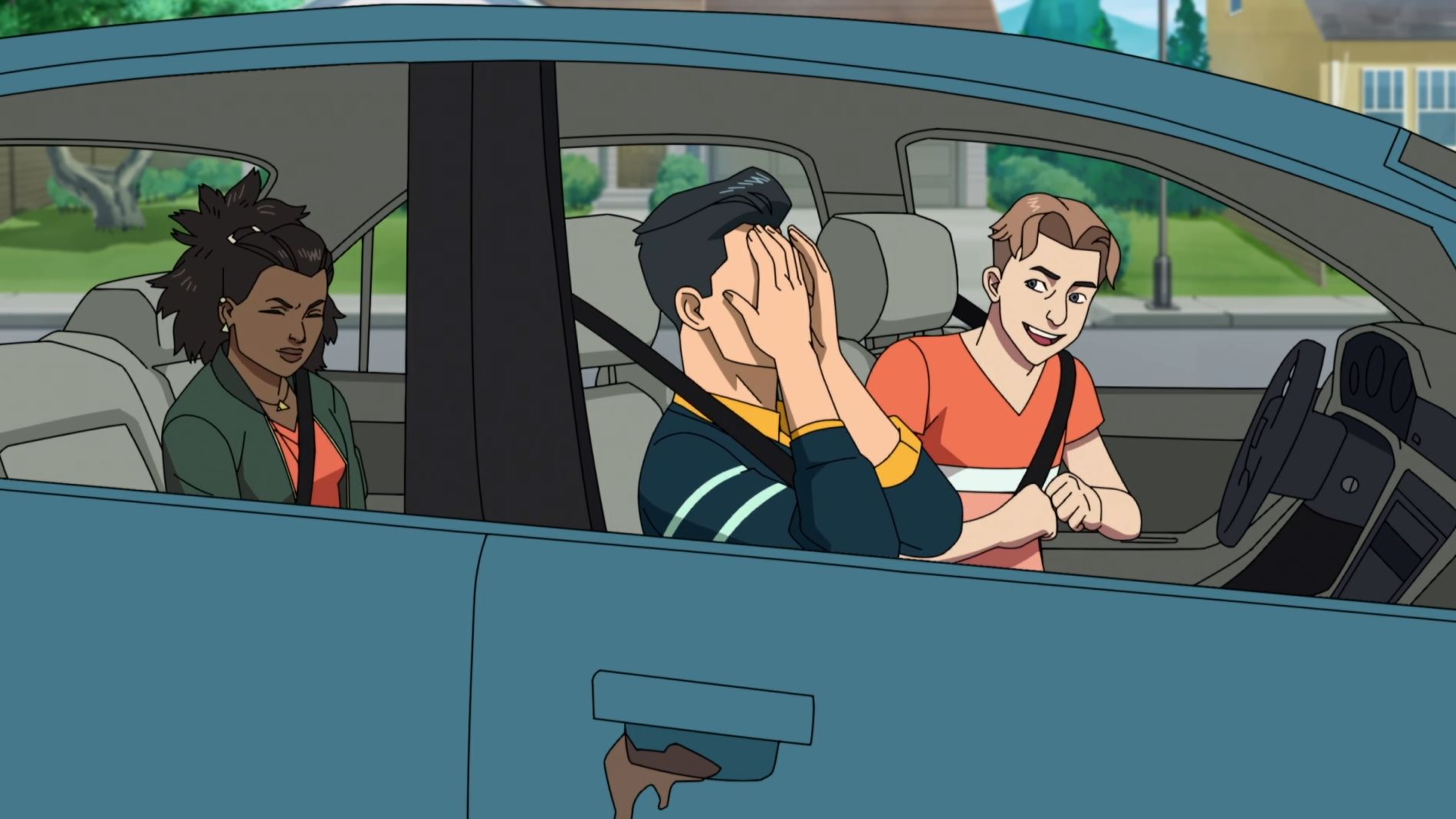 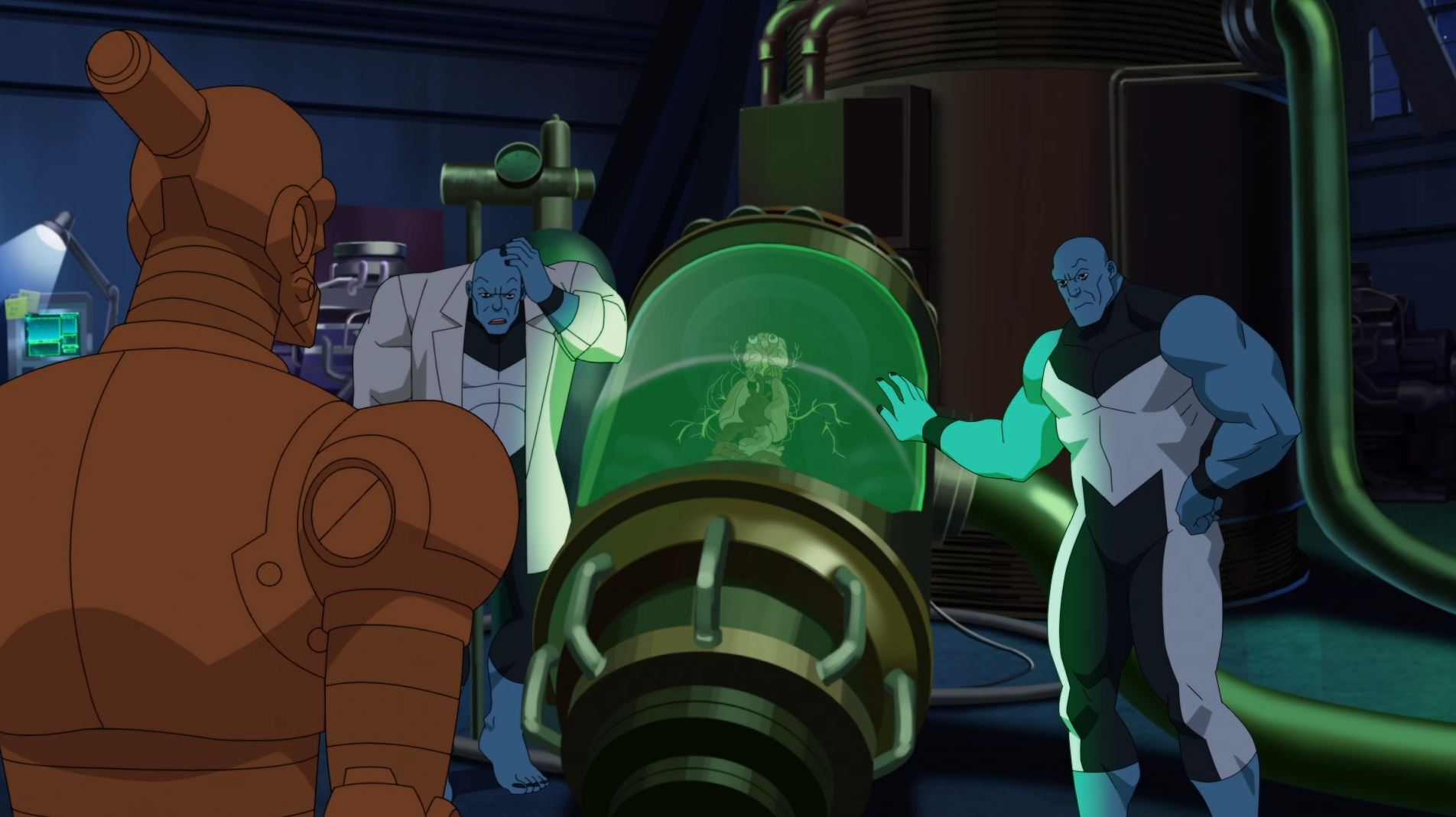 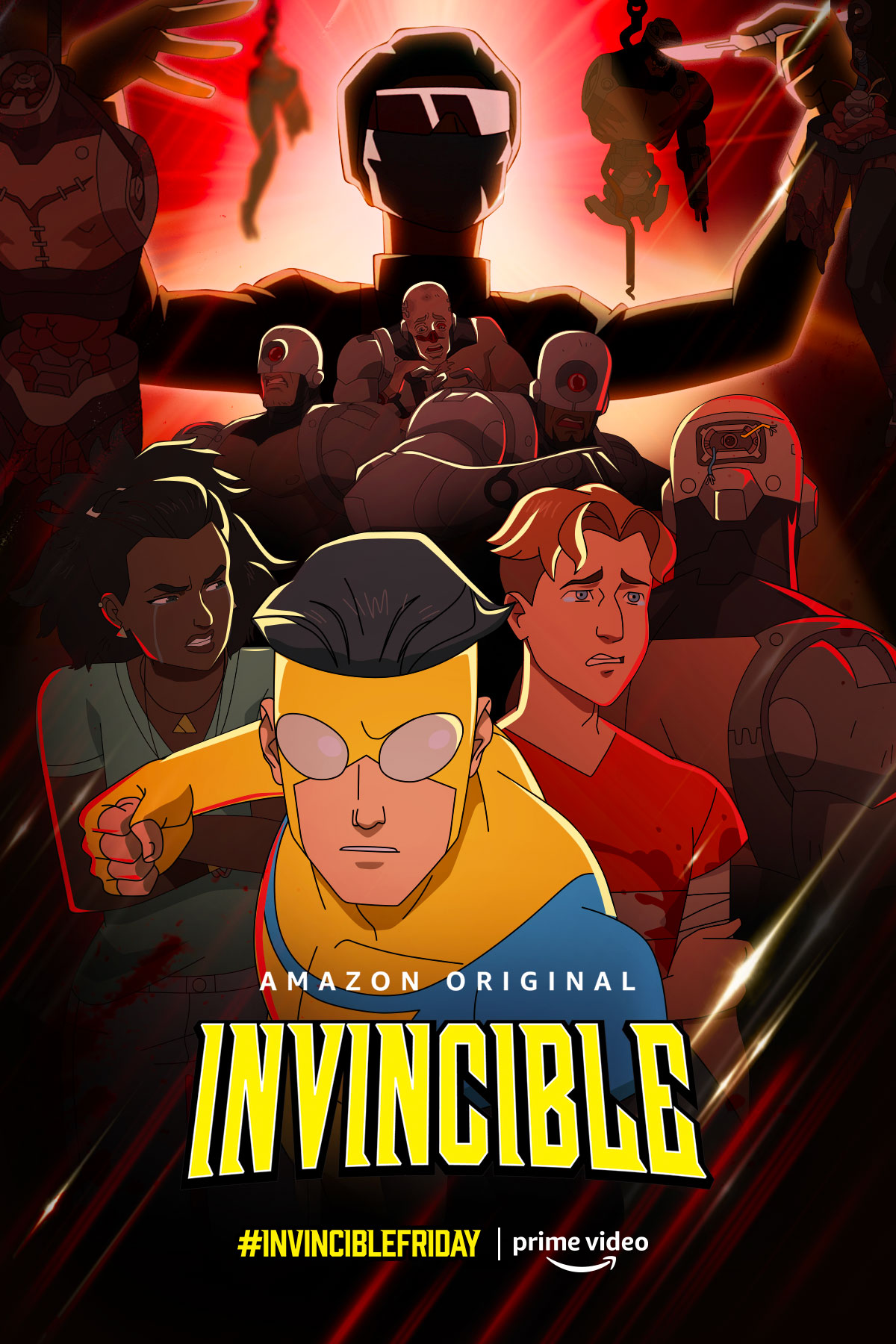 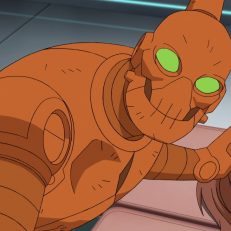 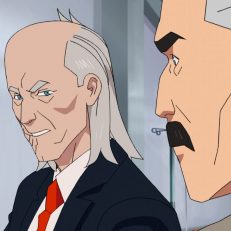 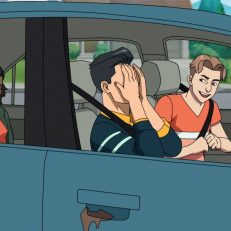 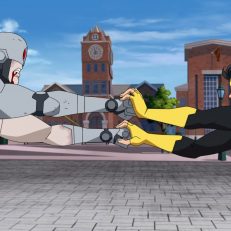 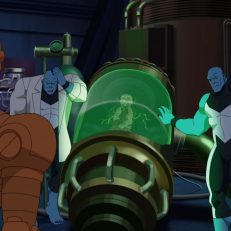 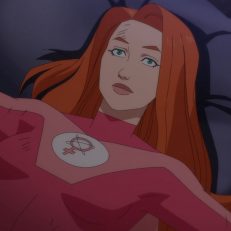 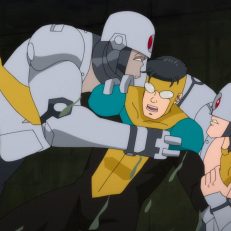 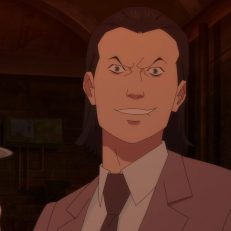