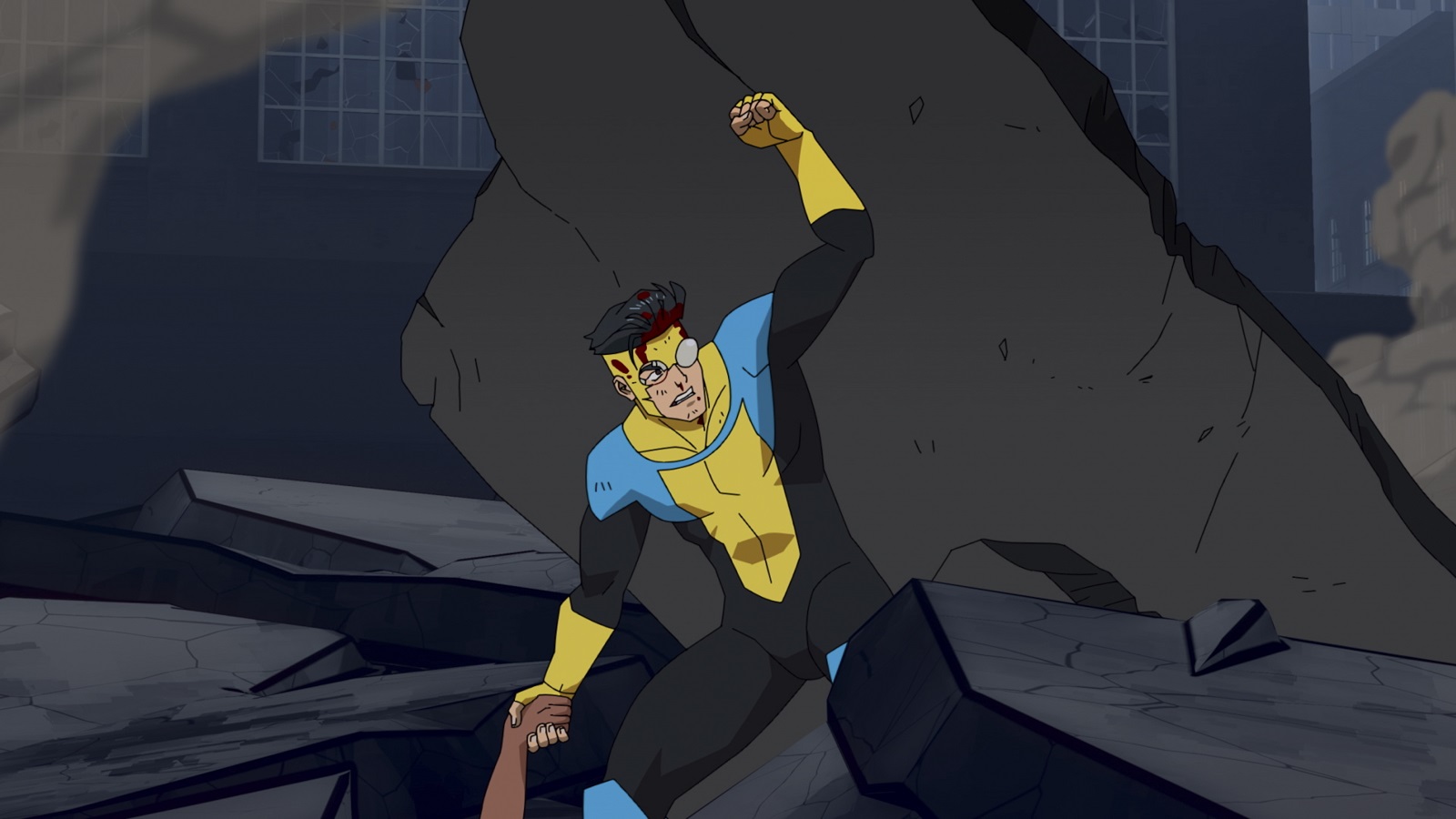 I was ready to see this finale from the start of this animated adaptation of the Invincible comic book series. It was always going to be huge, knowing the build-up to this confrontation between Mark and his father, Omni-Man, the most powerful superhero in the world. While the series as a whole has done well to balance a lighthearted spirit with character drama, one can’t deny the level of hyperviolent action scenes and beatings that have set a specific bar for the kind of adult content featured. “Where I Really Come From” is a significant push further to show just how far Invincible can go to make certain points and remind the viewer of the ramifications that come with special abilities.

Given my own knowledge of the comics, let alone recognizing how strong Nolan is and how new at this Mark is, this was always going to be the episode where Mark gets beaten up real bad. Yes, the audience has been left in the dark on why Nolan did what he did in the first episode, but it had to be clear to many that, at some point, these two were going to have a showdown, and Mark was certainly not going to come out on top. But why did it have to be this way?

One of the clever moments from the comic was the mirroring of the Viltrum story Nolan tells. When we first hear of Omni-Man’s home planet, it’s depicted as a peaceful place, spreading unity throughout the galaxy. As we learn in the opening minutes of this season finale, that’s all garbage. This is a planet where the strongest killed all of their weakest residents and traveled throughout the galaxy to make themselves the ultimate ruling empire and the superior race. 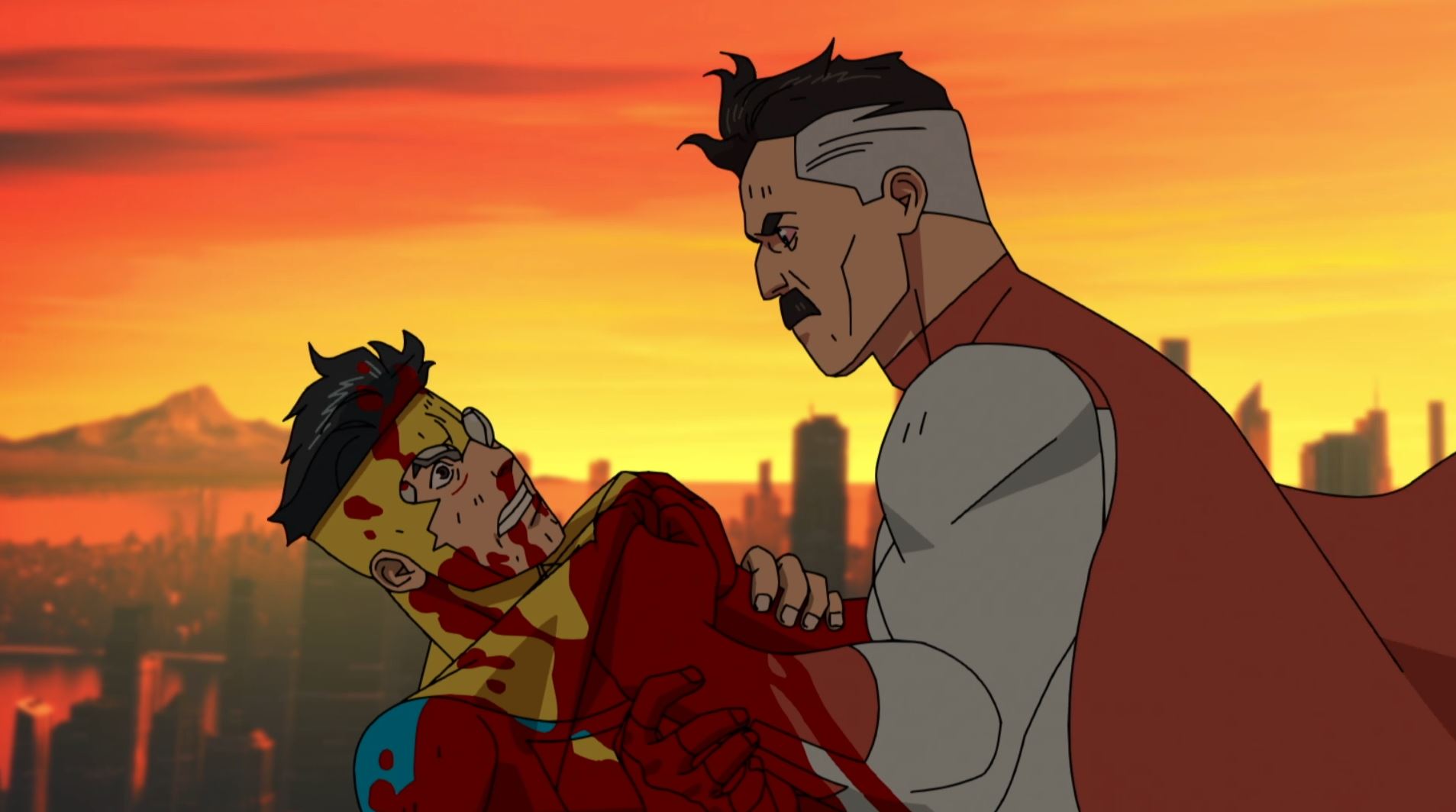 Of course, this news crushes Mark, let alone Debbie, and the rest of the world all hear it at the same time. Perhaps it’s convenient for Cecil to have a few mini drones tracking these two to relay all of this information to everyone. Still, it fully sets up the world to have a new point of view on Omni-Man, let alone their faith in superheroes, which I don’t doubt will be explored.

There’s also the violence. Not only does Mark get badly beaten this week, but he is shown just how much he needs to concern himself with if he genuinely wants to be a protector of Earth. Nolan, however, reveals his true colors, making it clear that Earth is meaningless to him and insignificant in the long scheme of things. He goes to the point of calling his wife more of a pet than a true companion. This all results in a series of destructive moments that start off smaller with a couple of jets scrambled to help, to entire city blocks in Chicago destroyed, leaving thousands dead.

While this is not the time to rehash debates over the third act of Man of Steel, it’s hard not to think about that film when looking at what takes place here (adapted from a comic written nearly 20 years ago) and seeing how much effort goes into these characters acknowledging the damage they’re causing. It’s all treated with weight, and the series doesn’t leave out the gory details, which includes families (kids included) being slaughtered for the sake of Nolan making his point. We expect the heroes and villains to take their licks, but this episode has Nolan using his son as a stationary pole to destroy an entire subway train full of people. It’s intense. 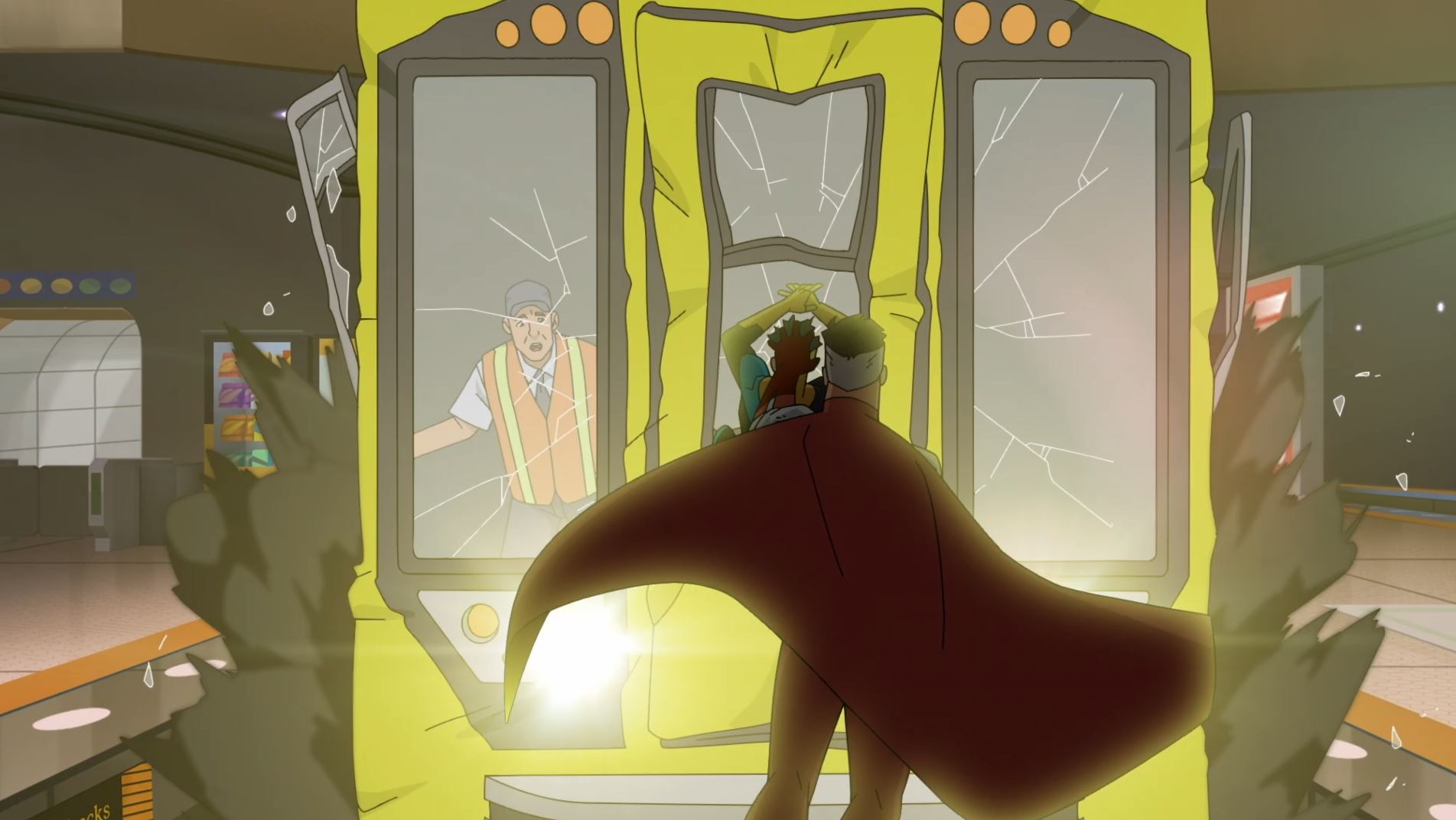 It’s here where the terrific voice work from J.K. Simmons needs to be singled out. While this show has had a lot of fun stacking its cast with various notable actors and comedians, the core group featuring Simmons, Steven Yeun, and Sandra Oh has paid off tremendously. This week is Simmons’ true chance to shine, now that he’s leaving himself unguarded. We hear a full range of emotions in his voice, which takes the subtlest of turns as the episode reaches its midway point. While trying to beat his son into submission, we begin to realize that he’s really trying to convince himself that Viltrum is the way of the future.

A flashback allows us to see Nolan recognize what it is to have a child he can pass on knowledge to and see the burdens of life get washed away. Between this and Mark’s commitment to telling his father he loves him, all of the smacks to the face do not end with death. Instead, Nolan flies off to an unknown location, with tears leaving his face as he goes.

Whatever is going on with him, Earth still needs to be dealt with, cleaned up, and protected. Mark is once again brought in by Cecil to get medical treatment, but he’s Invincible – he can take it. The Guardians and Eve wisely stayed away from the Graysons as they fought. However, they do end up helping those in need in the cities destroyed in that battle. Things may have reached a fever pitch in terms of significant twists in what people thought they knew about their biggest savior, but Earth will go on. 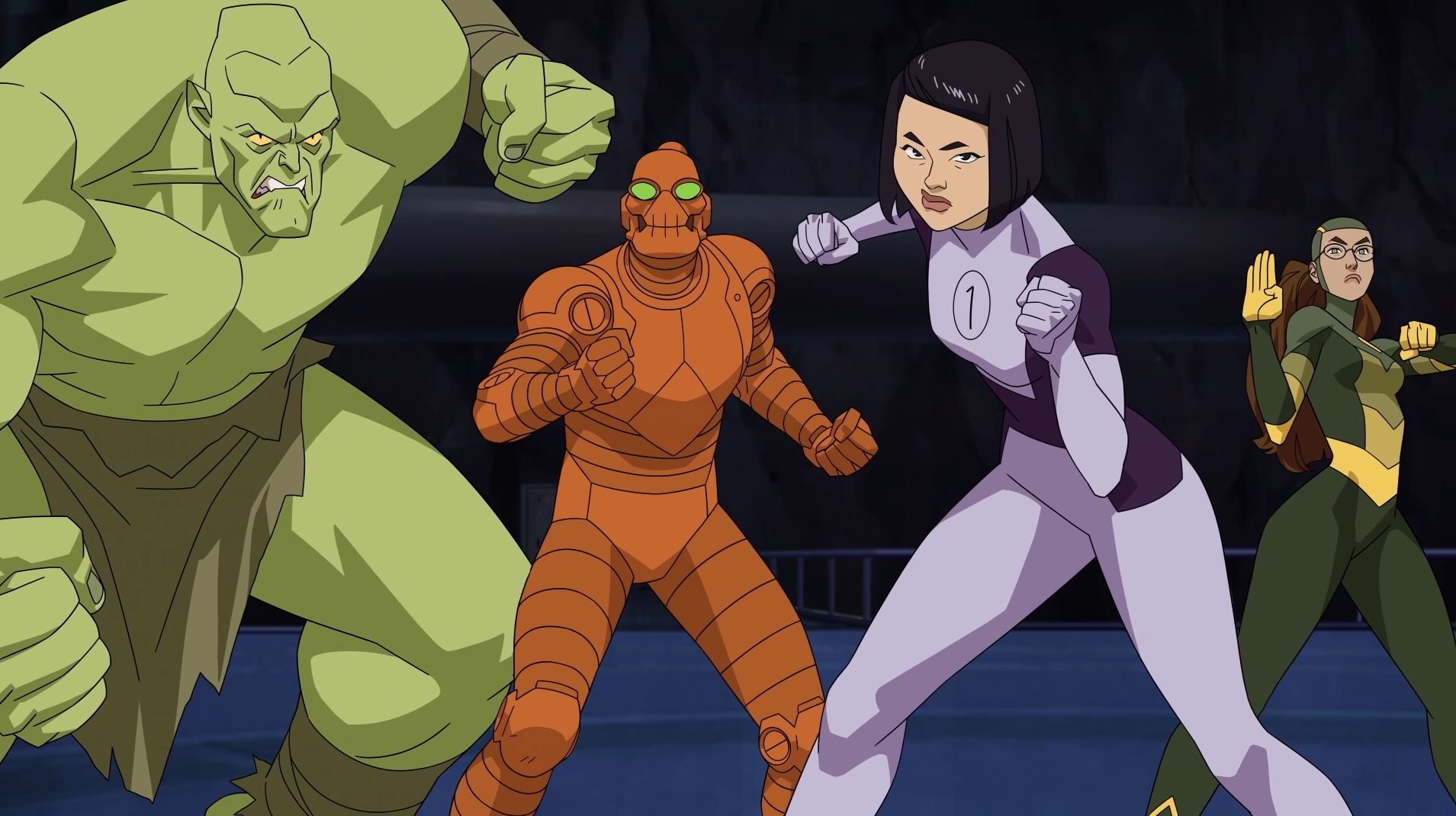 By the end of it all, it actually all comes down to an alien named Allen. I said early on that Allen is my favorite character in the comics, and his return this week is not only welcome but a fitting way to wrap up this first season. He provides Mark with some ill-timed information about his father and clarifies that Viltrum is not about to stop their plans for Earth, and the Coalition of Planets will be looking into this. This is strangely a relief to Mark, who now understands that his responsibilities make up a smaller part of the universe he’s aware of than he realized. But does Earth being more relatively manageable mean he’ll be able to handle everything coming his way?

A final montage set to The Hives’ “Hate To Say I Told You So” provides a fun recap on all of the lingering threats that still threaten the planet. Those threats include the recently arrested Mauler twins, new crime lord Titan, the swarming aliens on Mars, The Immortal who may live to fight another day, D.A. Sinclair’s army of Reanimen, and Cecil, who may have protecting the world as his mission, but is not opposed to keeping many in the dark.

Mark may believe he can handle more than comes his way, growing with all the knowledge and experience he has gained, but that’s a lot to keep track of. Still, his concerns are pretty simple – he just wants to finish high school. 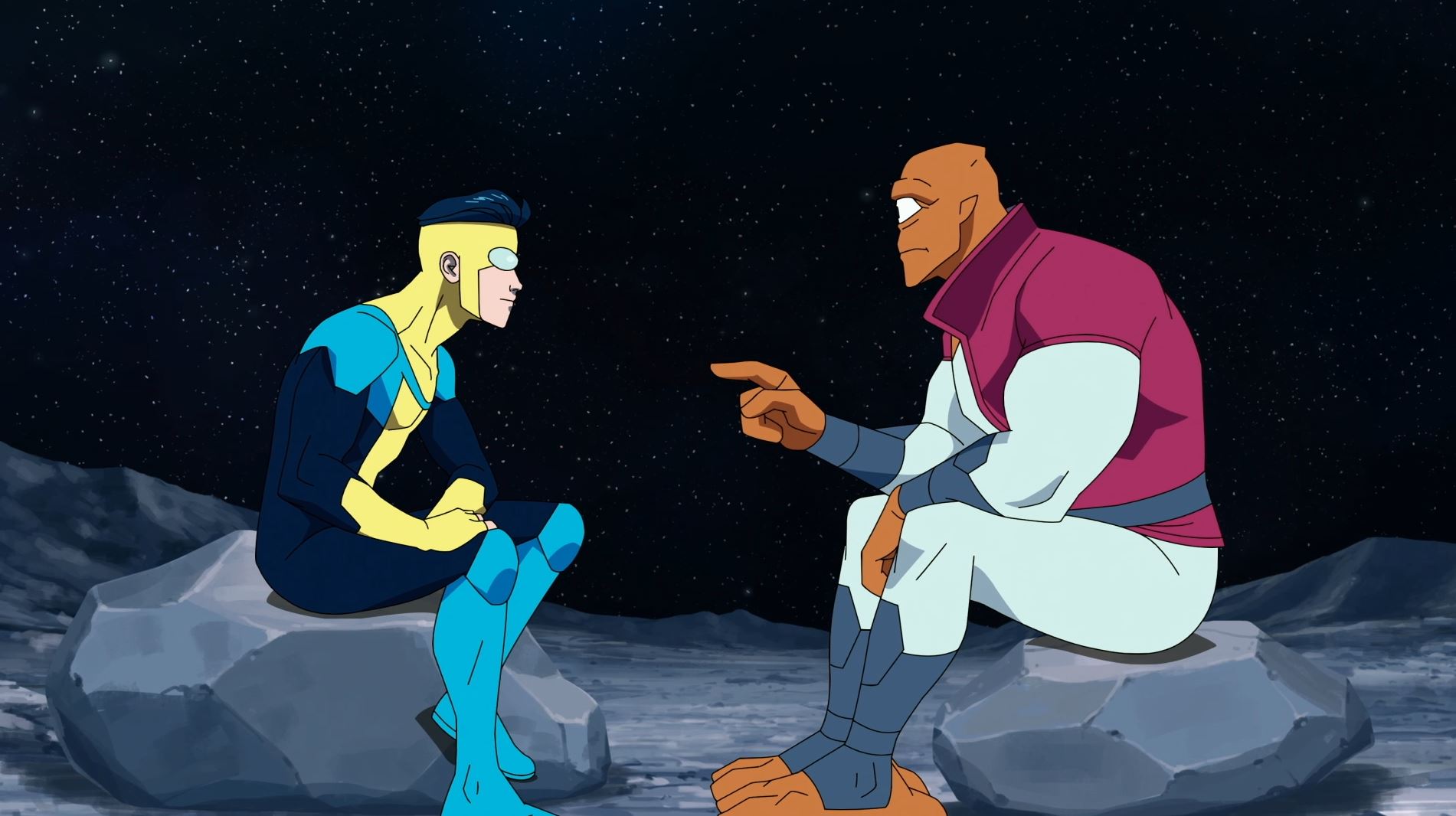 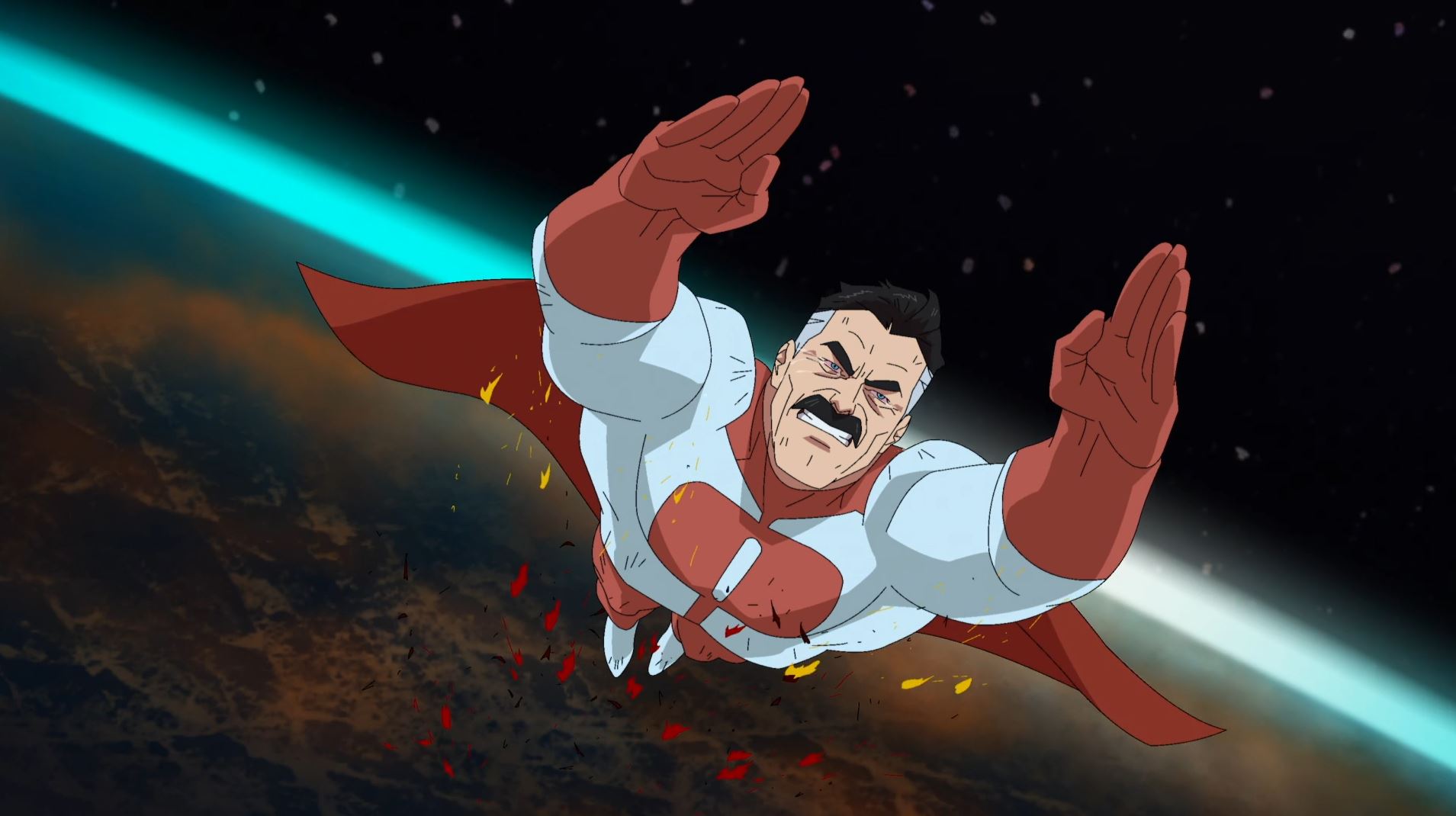 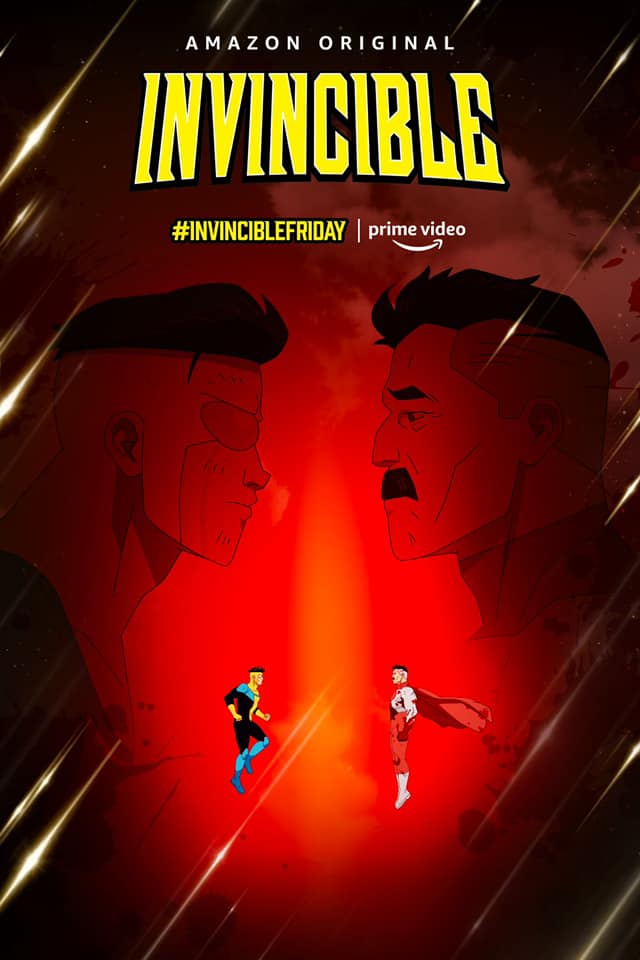 TV Review: Invincible 1×8, “Where I Really Come From” 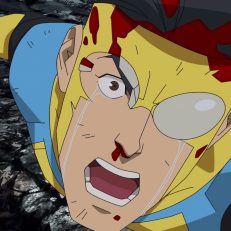 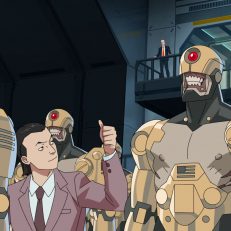 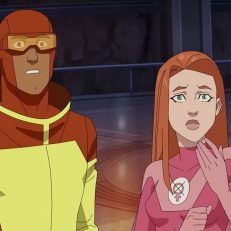 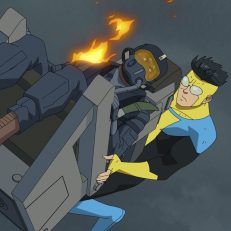 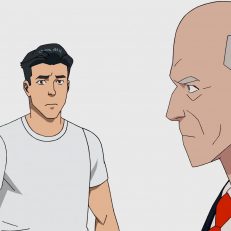 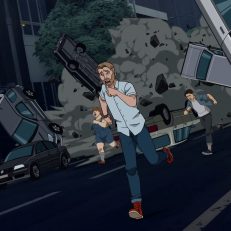 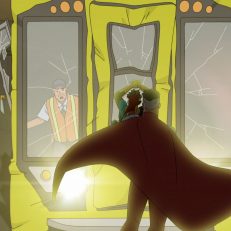 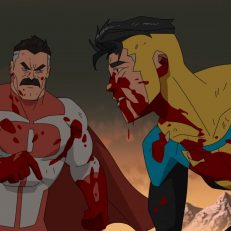