Disney+ has focused on delivering family-friendly entertainment from unusual sources. Luckily, one of the biggest athletes in the world has been developing a media empire. LeBron James and Maverick Carter are the perfect duo to create content for streaming platforms. Their new series, Becoming, looks at media figures from across sports and film. Originally created for DisneyXD in 2014 to focus on athletes, James and Carter expand the scope beyond sports. The diverse group includes James’ teammate Anthony Davis, comedian Nick Kroll, musician Colbie Caillat, and actor Caleb McClaughlin. Incorporating interviews with life-long friends and family, the series gives us a more intimate look at each figure. Becoming never pushes too hard on its subjects but provides heartwarming profiles for the family to enjoy.

Taking a page out of traditional ESPN sports profiling, James and Carter developed Becoming to deliver half-hour profiles of celebrities. In the episodes made available for review, Candace Parker, Rob Gronkowski, and Ashley Tisdale reflect on their careers and challenges they’ve faced. The stories at the center of Becoming are relatable and sometimes deliver an emotional rollercoaster. WNBA MVP and Champion Candace Parker opens up about her relationship with Pat Summit. Rob Gronkowski discusses the numerous back issues that derailed his career and led to early retirement at thirty. Ashley Tisdale explains how she moved across the globe as a child, all to develop her talent. While Becoming does not push hard on its subjects, it provides outlets to discuss the decisions that changed their careers.

Becoming sends a clear message: hard work opens doors. The series reinforces the truth that heroes and athletes can come from anywhere. Disney’s latest series will not force journalists to rewrite their textbooks, but the docu-series provides plenty of entertainment. Strong production values and intimate settings open each celebrity to new audiences. The lineup of those profiled should help the series find footing on the new streaming platform. The variety of stars impresses on its own right. Becoming is the kind of feel-good series we all need right now. 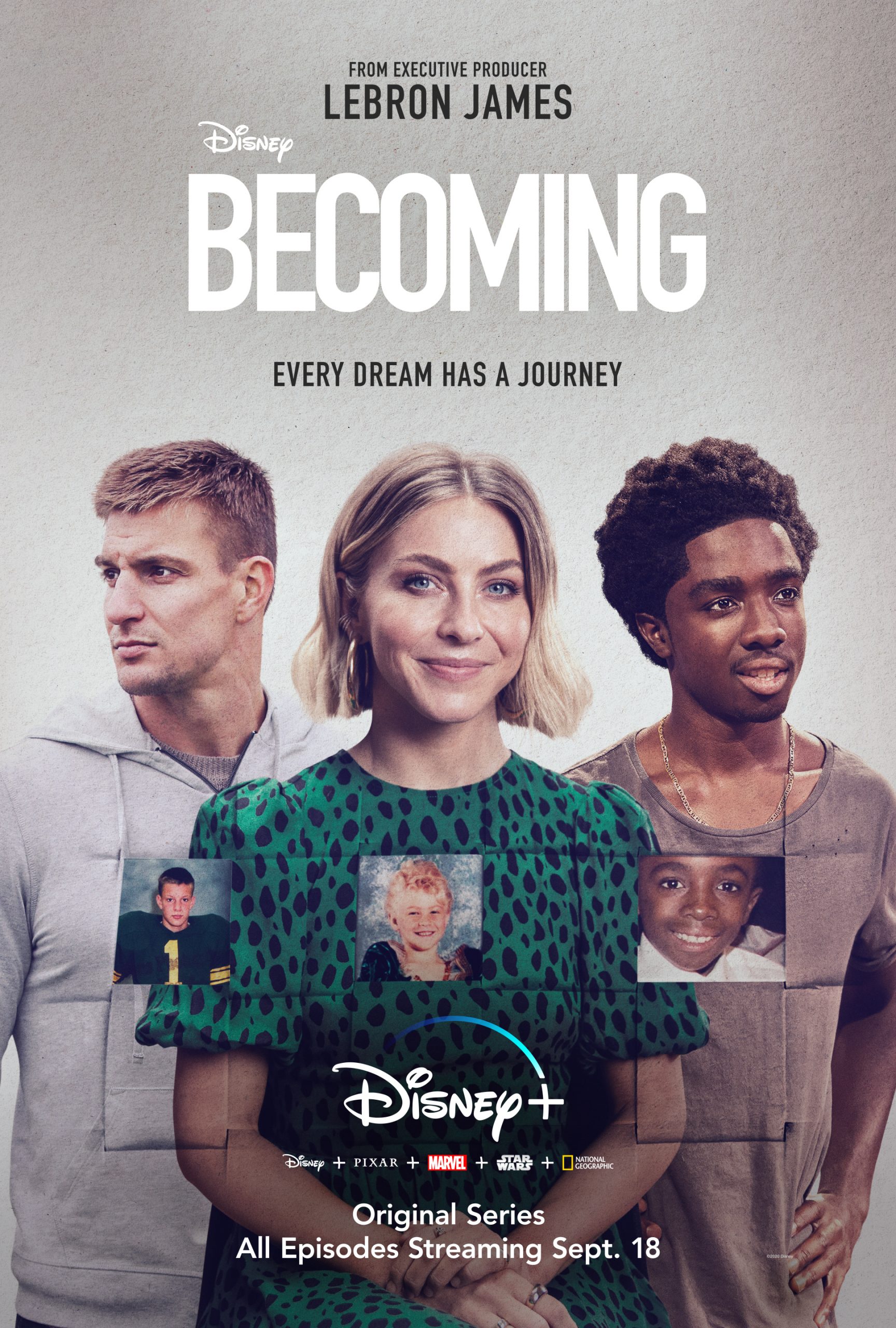