It often seems that at the forefront of every major technological innovation, there’s a socially maladjusted, narcissistic man convinced that he’s a nice guy who thinks to himself, “How can I use this to more efficiently control women?” Made for Love is a dark comedy that feels as though it’s part The Invisible Man, part Lars and the Real Girl, as it explores the role of technology in a toxic, controlling relationship, and one woman’s desperate struggle to break free from a metaphorical and literal prison of her husband’s love. Cristin Milioti puts in a gripping lead performance that shows exactly why her star is rapidly ascending, and each episode that passes draws the audience further into Made for Love’s frenetic, imaginative story of female agency.

Hazel (Milioti) is the dutiful wife of tech billionaire Byron Gogol (Billy Magnussen), an eccentric genius whose disgust for the outside world has led the couple to cocoon themselves away, living as recluses in Byron’s secluded mansion, ominously named The Hub. It’s less of a home and more an extension of virtual reality, a technological achievement capable of mimicking any location one could imagine (without the inconvenience of actually going anywhere.) What began as an exciting escape from Hazel’s small town, dead-end life has over the course of ten stifling, monotonous years turned into a living nightmare. 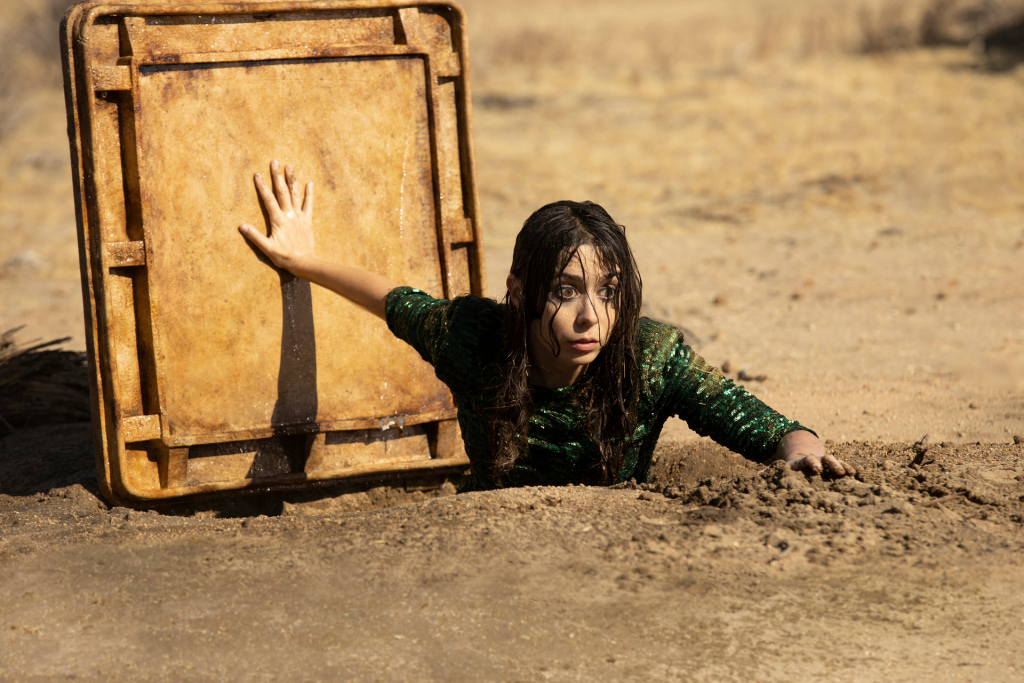 Meanwhile, so flummoxed by human interactions is Byron that he becomes obsessed with his latest breakthrough: technology that will allow a couple to mentally merge with one another. Reasonable questions such as, “why on earth would anyone want that?” and “are you insane?” seem to bounce off his back like water off a duck. He’s fully committed. And what’s more, he’s taken the liberty of signing himself and Jazel up as Test Couple Number One. (Well, really mostly just Hazel, since he already had her drugged and surgically implanted a chip in her head that will not just tell him where she is, but show who she’s speaking to, what she’s looking at, and even what she’s feeling. You know, typical husband stuff.)

The knowledge of this betrayal pushes an already isolated and resentful Hazel over the edge, and she launches a daring escape in a bid for her freedom. But how can you evade someone who has the power to be everywhere, even inside your own head? If this sounds like a really dark depiction of domestic abuse, controlling spouses, and the eager complicity of tech companies in encouraging stalker behavior, well…it sort of is. But it also has a lightness of touch and a quirky sense of humor that makes it not just that. Milioti is a star, playing the absurdity of Hazel’s situation with charm and humanity. She meets every challenge with a combination of determination and wry exasperation, and she makes it incredibly easy to root for Hazel from the first second she appears on-screen fighting to reclaim her life.

The dynamic between her and her deadbeat estranged father (played by Ray Romano, continuing the string of amazing career choices that make up what can only be termed the Ray Romanossance) is the beating heart of Made for Love. His life largely revolves around Diane, a sex doll he considers himself to be in a relationship with. He cherishes his bond with her, an inanimate object that he can project his vision of an ideal partner onto. Is it hard for Hazel to watch him having a loving, respectful (albeit one-sided) relationship with a human-shaped piece of plastic when he was never really able to have one with her? Yeah, probably. This doll also represents all of Byron’s aspirations for Hazel, a wife he can mold and shape until she perfectly suits all of his needs. It certainly reflects the same ambiguity of personhood that Byron envisions in his plan to merge two distinct identities into one. Diane may not be able to actually talk, but her presence in Made for Love speaks volumes. 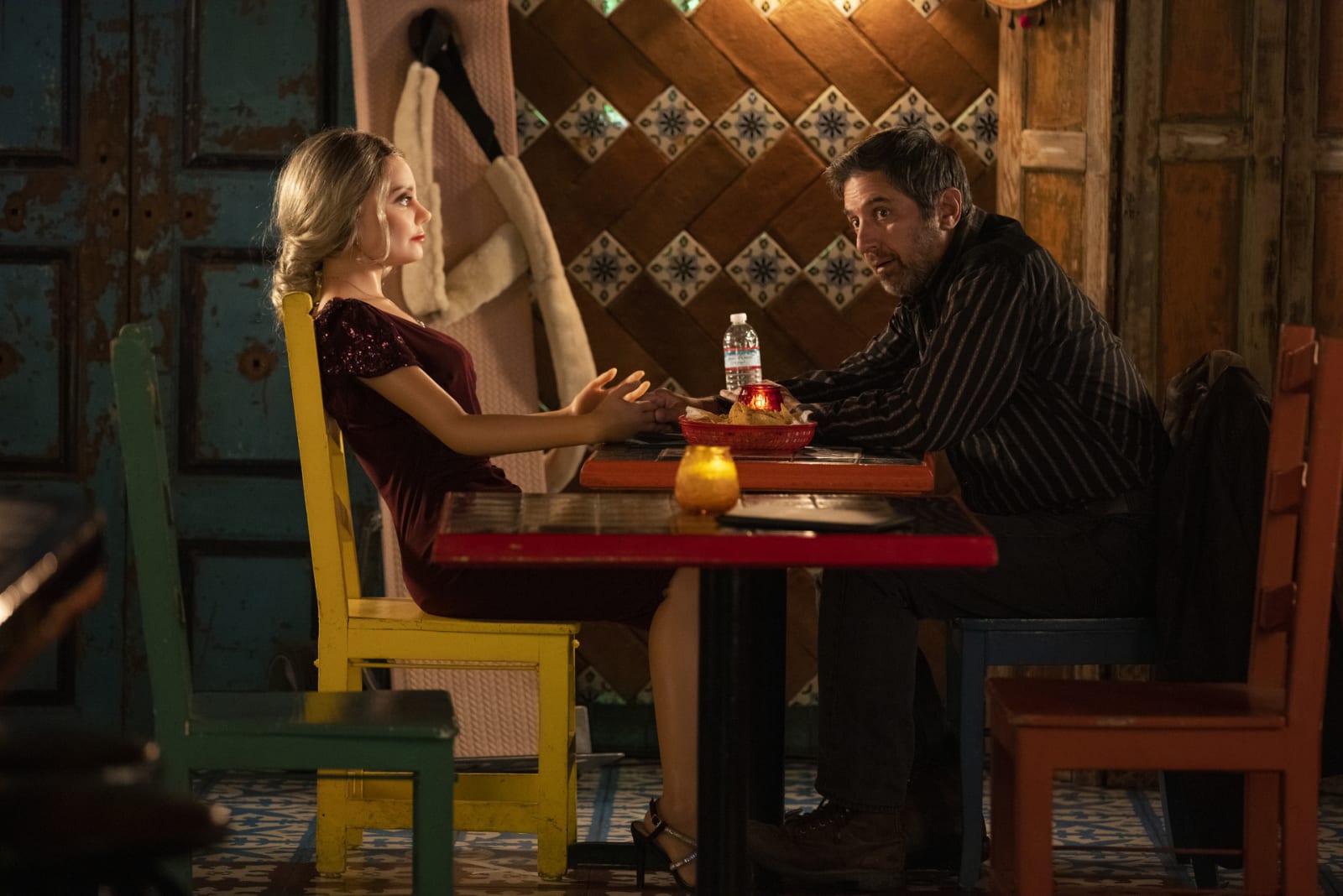 The last piece of the puzzle is the manic, unstable performance of Billy Magnussen as Byron. He truly, genuinely does not understand people, but it’s more than that: he has a malevolent disregard for what anyone else might be thinking or feeling because he doesn’t see value in anything external to himself and his own needs. The sociopathic tech baron isn’t exactly new, but Magnussen’s restraint and the unsettling way his vision of Byron seems as though he believes in his very bones that he’s the reasonable one makes him such a chilling villain.

Made for Love, through its clever writing and performances given with a feather-light touch, achieves the impossible: it’s a story about a woman who has been groomed and isolated and abused in a seemingly inevitable fight to win back her agency, and it’s not a downer. The characters are endearing, especially Milioti’s Hazel, who nails the low-level scam artist she was before meeting Byron, and the Stepford image she has to project as his wife to keep the peace in their marriage. Without her, Made for Love wouldn’t get very far, and her rage and determination give it so much life. 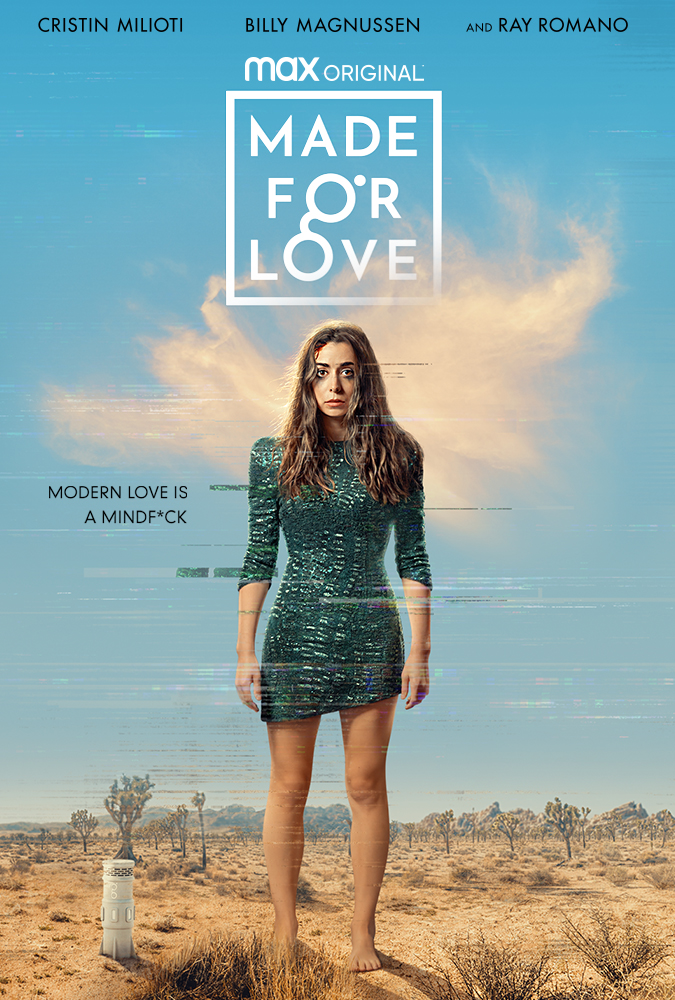 TV Review: ‘Made for Love’ Is a Darkly Comedic Battle for Agency 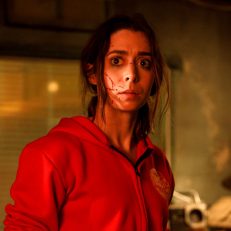 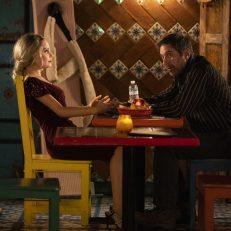 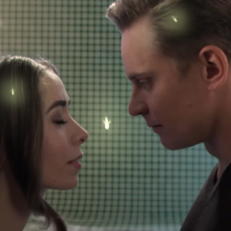 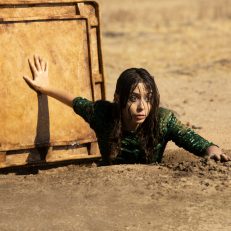