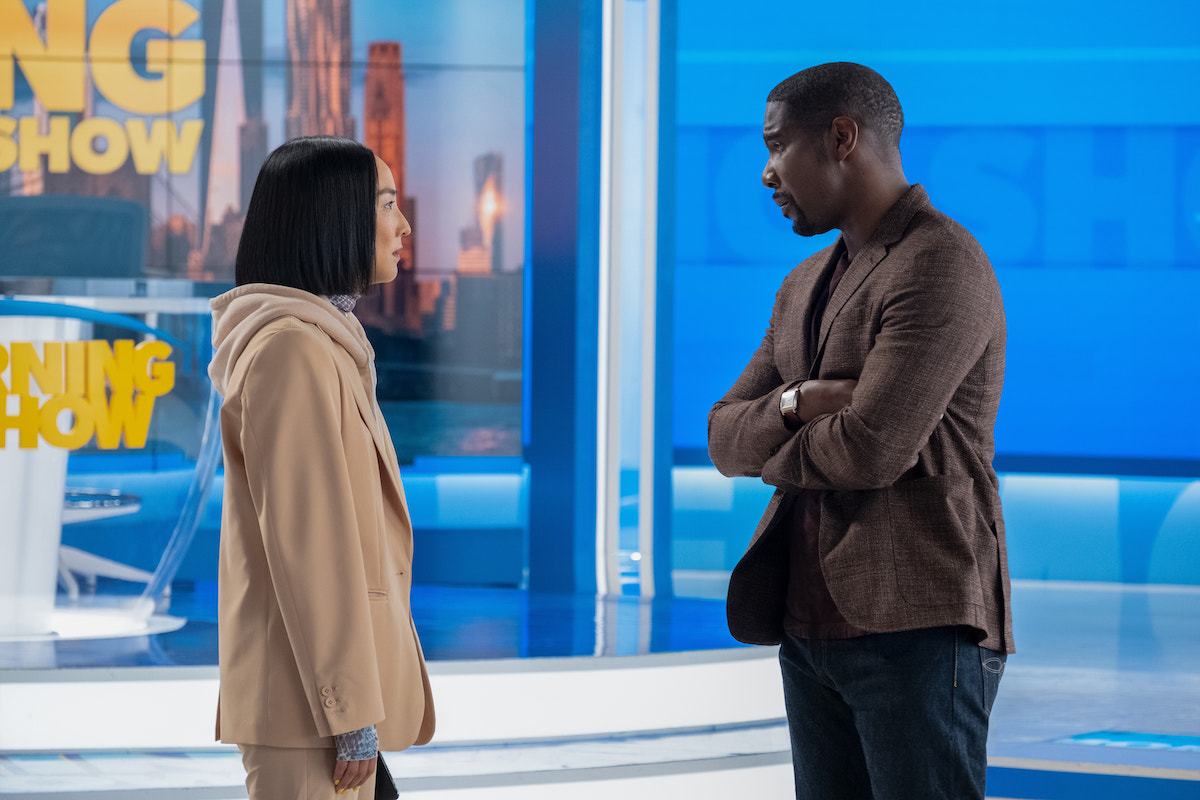 The final episode of The Morning Show for the second season is admittedly a mixed bag.  Alex is dealing with COVID-19, and admittedly everyone at the show is upset and worried about whether or not they caught the virus from her one day at work. Additionally, Corey is concerned about whether or not the new streaming service UBA+ will get off the ground. Bradley is still working on trying and finding her brother and saving him from his addiction. We also learned that Alex is putting on a broadcast describing what it’s like to have COVID-19 to the viewers who have watched her for the last two decades or so.

Dear readers, if you’re wondering why I’m being so simplistic about this week’s plot, it’s because the rest of what surrounds it is just meaningless dialogue that really doesn’t advance any of the characters. The biggest surprise of the entire episode, aside from Daniel quitting The Morning Show, is Alex using all her toxicity as a strength and a superpower to tell people to go take a hike in terms of investigating her personal life while also informing them that COVID-19 is not something to be taken lightly. Jennifer Aniston’s character has constantly been a thorn in my side the entire season because of how she treats people, but now she’s using that same level of animosity and contempt to shock viewers into being safe with their lives to this pandemic. This is a courageous choice by the writers to have an unlikeable character; both do the decent thing and still be that sharp-tongued, despicable character to help audiences understand the gravity of the world’s situation.

Bradley Jackson’s relationship with her brother was always something that felt troubled to me. I realize that Bradley had a tough childhood, but I’m angry with the writers that we never see that. It’s implied abuse, and for me, when you’re dealing with a character that’s supposed to be that vulnerable, we need a better idea of what they went through than just talking about it. I was a massive fan throughout the season of Cory supporting Bradley, but knowing that that was all for Corey to actually fall in love with Bradley Jackson made the whole friendship useless. Corey is into everything for himself and no one else.

The last thing that I really want to touch on is Daniel. Throughout the season, he was wholly disregarded as an anchor of The Morning Show. For that disregard to lead to him quitting working for the popular program seems logical but also professional suicide. You would throw away a job that makes you millions a year just for the sake of the fact that you’re not the lead anchor of The Morning Show? That doesn’t make any logical sense, especially in how hard he knows other staff members work on that show to make it a success. The other negative to the end of that storyline is  Mia pressuring him into staying with the show. A good leader knows when to let an unhappy employee go and take their journey elsewhere. It seems to me that all she cared about is having another confidant in the office rather than acknowledging how her literal team member was struggling.

In the next season, I hope to see growth from Mia. Corey needs to confront and accept his manipulative behavior and fix that so that the person he cares about can possibly begin a relationship with him. Otherwise, what is the point of watching a drama about morning TV? I guess we’ll have to answer that question next season. Stay tuned.