Where do I even begin? Peacemaker is the latest effort from HBO Max to capitalize on the popularity of one of their DC franchises. This series hails from writer/director/showrunner James Gunn who introduced this take on the comic book character in 2021’s The Suicide Squad. The show focuses on how Christopher Smith, aka Peacemaker (John Cena), deals with life continuing to work for the government to aid in contract killings and eliminate the mysterious Butterflies, whoever they might be.

Most of this first episode is spent watching Peacemaker rehabilitate himself (after having a building collapse on him), reconnect with his dad (Robert Patrick), and reunite his best friend and pet Eagly (yes, an eagle). Throughout the show, we also watch him take on his assignment with help from most of the tech support team from The Suicide Squad, including Jennifer Holland, Chukwudi Iwuji, and Steve Agee, along with Orange Is the New Black‘s Danielle Brooks, who is new to this world.

This TV series is absolutely batshit! There is no other way to explain it. John Cena puts on his best performance ever because this character means so much to him and director James Gunn. Gunn directs these first few episodes, and you can feel it in the dialogue, alone. Every conversation is funny and grossly profane. The writing spares no expense in making sure that you know that this person we’re following has absolutely no filter and says what he wants no matter how toxic that may seem to the people around him. It’s a danger to say this, but I think him being unlikeable is forcing the audience to care because they’re hoping he turns a corner. I don’t believe he will, but I’m enjoying watching the chaos unfold and how everyone close to Peacemaker reacts to it. 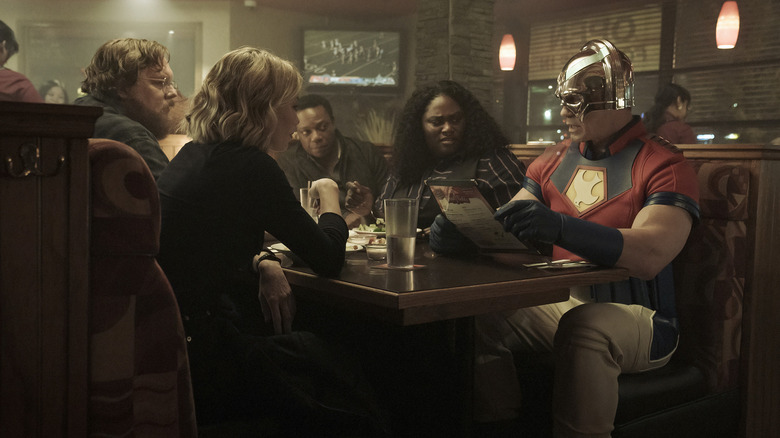 The series is not coming up short on action either, as evidenced by a crazy fight scene at the end of the episode. However, that’s not even the funniest thing that happens in this season premiere. It’s the wildly entertaining intro credits sequence. It features the most bizarre, straight-laced dance number you can imagine. It is the epitome of absurdity, and I can’t help but be entertained by it. I suspect that’s how the rest of the audience will feel when watching Peacemaker as a series because you realize that’s just the kind of thing Peacemaker is. Being very 80s influenced, Gunn went out of his way to get multiple heavy metal bands on the soundtrack for this TV series, which only adds to his brand.

Beyond the surface story, one hopes his brand doesn’t change all that much because it will play into how Peacemaker finds himself as either a hero or a villain. That’s what makes this show so complex. Peacemaker and his lack of a filter make him unable to care about the damage he’s causing. It becomes so insane that you can’t take your eyes away from it. It’s like watching a car crash for 48 minutes, and then your brain says, “Let me see more.” I definitely want to see more, and I hope audiences do too. It’s worth a watch if you’ve seen any of James Gunn’s previous films, including not just The Suicide Squad and the Guardians of the Galaxy films, but things like Super as well. Peacemaker may be a f**king joke, but he’s also going to be entertaining as hell.

The first three episodes of Peacemaker are now streaming on HBO Max. 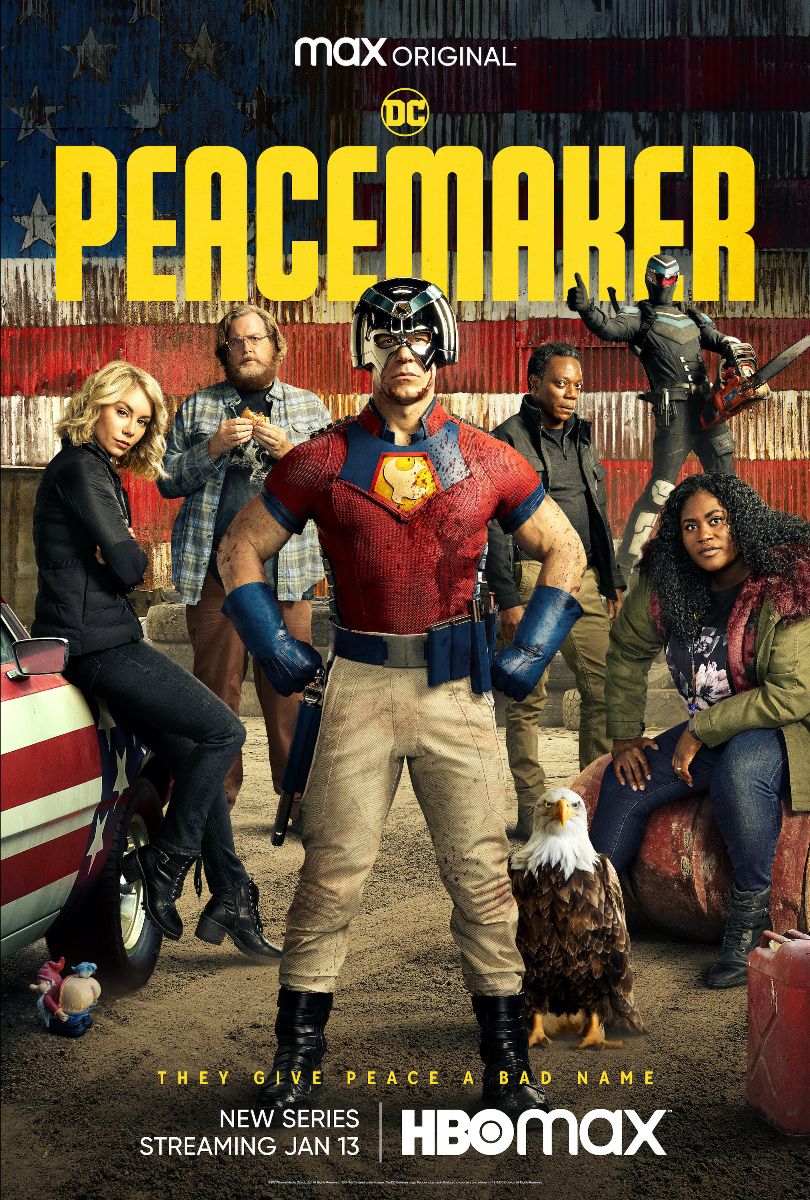 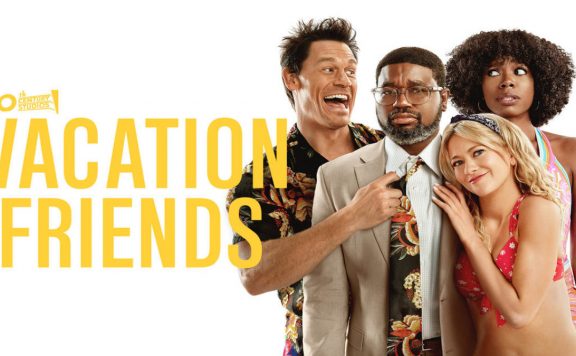