Reservation Dogs episode five is one of those bottle episodes that focuses on one main character.  The episode entitled “Come and Get Your Love” is an episode where Cheese does a ride-along with Officer Big.  Such an excursion aims to keep Cheese off the street and interested in becoming a detective.  The crime they are looking into involves copper inside a stolen truck.  The plot isn’t so much about the crime as it is about the two people in the police car genuinely getting to know how the other one works. Cheese is headstrong and impulsive but not wholly arrogant. Officer Big is spiritual, friendly, and kind, and that makes for the perfect mix in an otherwise dull plot.

The real strength of the episode is the relationship between the officer and the minor. Both have uniquely different perspectives on life and how they want to live it contrasted with the realities.  The goal of both individuals is to find a way to meet in the middle.  The unlikely team runs across a homeless man sleeping on a bench who says he’s lost his book on string theory, but there’s no book to be found.  Immediately upon watching this, I thought the homeless man was high and never had a book on string theory in the first place. Officer Big treats the man with kindness and tells him to head home.

While interacting with other people around town, Cheese asks Big why he became an officer, and the teen is denied an answer to that question. I like that Big never lets Cheese get too close to him emotionally until the kid proves himself trustworthy.  The homeless man is seen again, and I love the fact that even though he committed a major crime, the officer lets him off with a warning because he knows that that particular person is harmless. Cheese is very curious about why the officer would let something like that slip. He says, “I didn’t. I just know there are worse people out there.”

What I like most about this episode is the camaraderie between the two leads. No one is trying to get more spotlight than the other person involved. The dynamic is strong because you can always look at the different perspectives of both characters. Open till now, the only thing we know of Cheese is that he is lazy and kind of a follower rather than a leader. Knowing and understanding that he has his own ambitions is a powerful way to flesh out what I believe felt like a useless regular character.

The lore surrounding the Deer Lady is interesting.  The fact that in this show, she is a Native American superhero is amazing.  I love that Officer Big joined law enforcement because of her.  Cheese learned that people can be decent and honest and still obey the law.  I hope we learn more about Cheese in weeks to come. 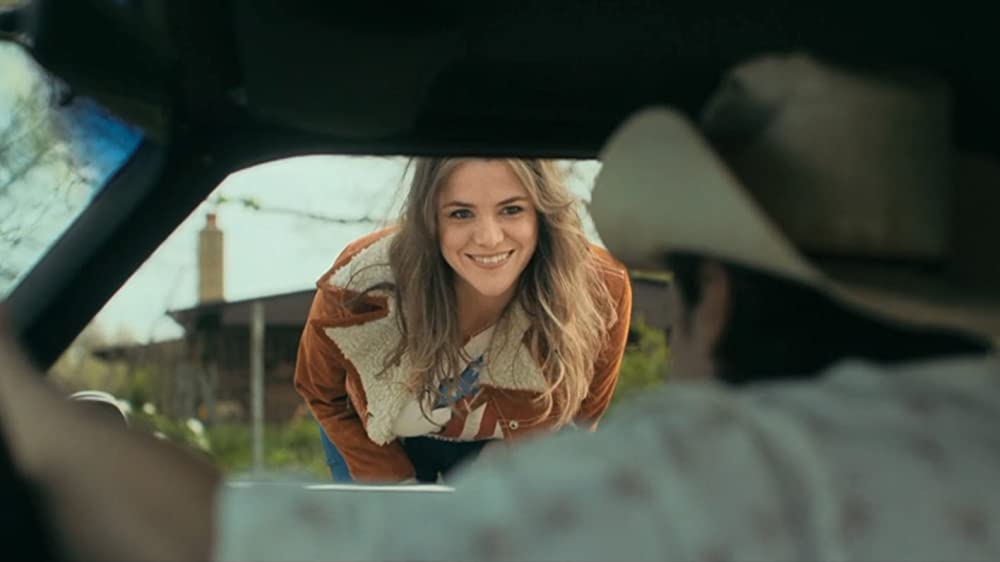 TV Review: Reservation Dogs, 1×5, “Come and Get Your Love”

Reservation Dogs episode five is one of those bottle episodes that focuses on one main character.  The episode entitled "Come and Get Your Love" is an episode where Cheese does a ride-along with Officer Big.  Such an excursion aims to k...
0
Average User Rating
0 votes
Please sign in to rate.
TV Show:Reservation Dogs
Cast:D'Pharaoh Woon-A-Tai, Dalton Cramer, Devery Jacobs, Lane Factor, Paulina Alexis
Director(s):Blackhorse Lowe
Writer(s):Sterlin Harjo
Genre:Comedy
Network:FX, Hulu