‘Small Axe’ is an anthology comprised of five original films directed by Steve McQueen, and set from the late 1960s to the mid-1980s, telling personal stories from London’s West Indian community, whose lives have been shaped by their own force of will despite rampant racism and discrimination. This title is derived from the African proverb, “If you are the big tree, we are the small axe,” later popularized by Bob Marley & the Wailers.

As I’ve seen in each of his cinematic efforts, writer/director Steve McQueen is a studied filmmaker. His films have a continual throughline revolving around characters who suffer despite their drive to continue forward. It makes for heavy drama, but thanks to the director’s considerable talent, everything from Hunger to 12 Years A Slave to “Mangrove,” the first entry in his Small Axe anthology series, speaks to a filmmaker making deliberate choices that may enhance the tension and spectacle on display, but also feel very inviting to watch. As McQueen’s past few efforts have pushed further toward calling attention to societal injustices, among other relevant themes concerning race and class, “Mangrove” is a terrific start to something special.

This initial entry in the anthology series tells the story of the Mangrove Nine, a group of nine men and women, who were the focus of a highly publicized trial following a protest in 1970 London. The protest began as a push back against the Metropolitan Police who had continually gone out of their way to make life difficult for the West Indies community living in and around Notting Hill. At the center of this trial are Frank Crichlow (Shaun Parkes), owner of Mangrove, a Caribbean restaurant and focal point for the community, Altheia Jones-LeCointe (Letitia Wright), leader of the British Black Panther Movement, and Darcus Howe (Malachi Kirby), an intelligent activist, who were all wrongfully arrested and charged with incitement to riot. 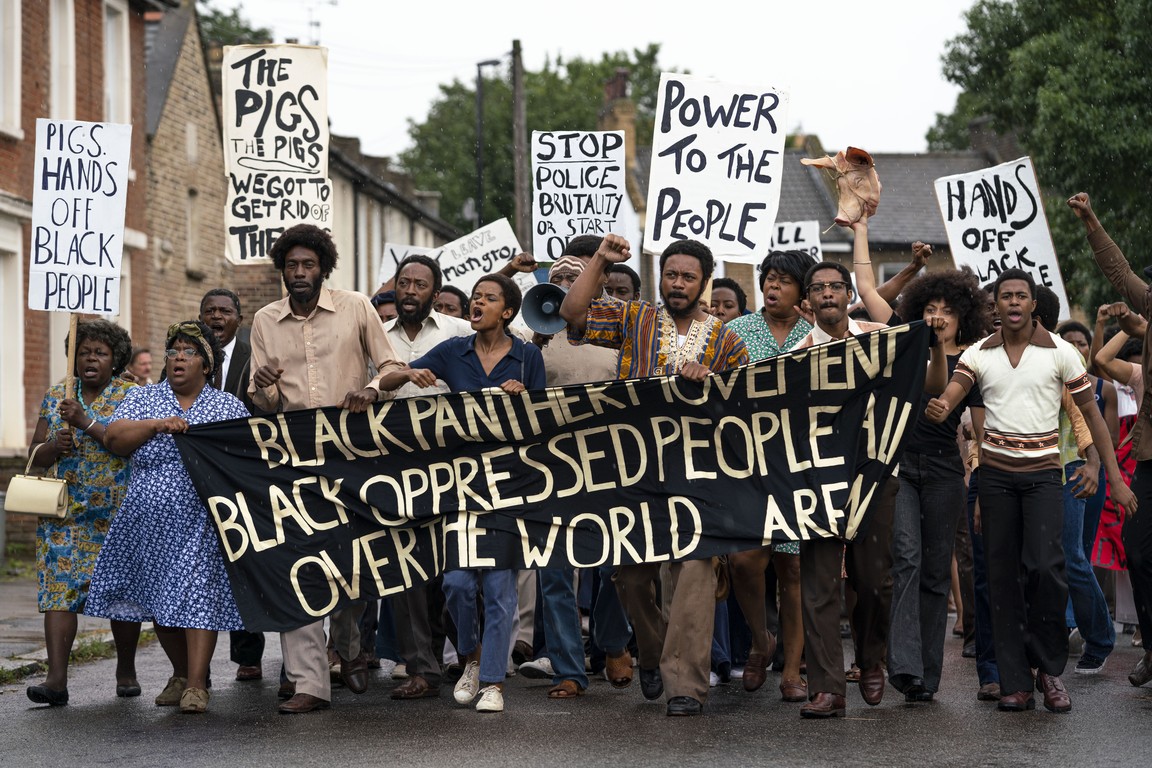 As this story unfolded, it became clear “Mangrove” would be presenting a fairly linear recounting of events, complete with backstories, proper contextual setup, the inciting incident, a big courtroom trial, and some form of grand conclusion. This episode follows the path of a courtroom drama, and there’s nothing wrong with that. Rather than attempt to find workarounds by way of crosscutting to related events in an attempt to spice up the formula, McQueen and co-writer Alastair Siddons embrace their dramatic retelling of these events in order and from the proper perspective.

Making that decision ultimately helped sell the power of the imagery, dialogue, and eventual resolution. Storytelling does not need to be “fixed” when the content is so expertly handled. From what I took away with “Mangrove,” it’s not just about the frustrations that people continue to face the same kind of prejudices. What this episode showed me is the amount of unshakable fear that comes from both facing down the possibility of a life ending by way of unjustified imprisonment, as well as taking the chance in ensuring that sentencing by standing up and challenging claims being made for the sake of opening the eyes of those not seeing the same injustices.

Much of the success of “Mangrove” comes from its perspective. There are brief moments focused on Jack Lowden’s Scottish barrister Ian Macdonald and Sam Spruell’s racist Police Constable Frank Pulley, but this is a story about Crichlow, Jones-LeCointe, Howe, Rochenda Sandall’s Barbara Beese, and the other members of the black community. Having a chance to observe the good times spent with this group early on, as we hear the music, see the food, and absorb the local colors, means understanding the proper, peaceful version of how these people live without outside harassment. 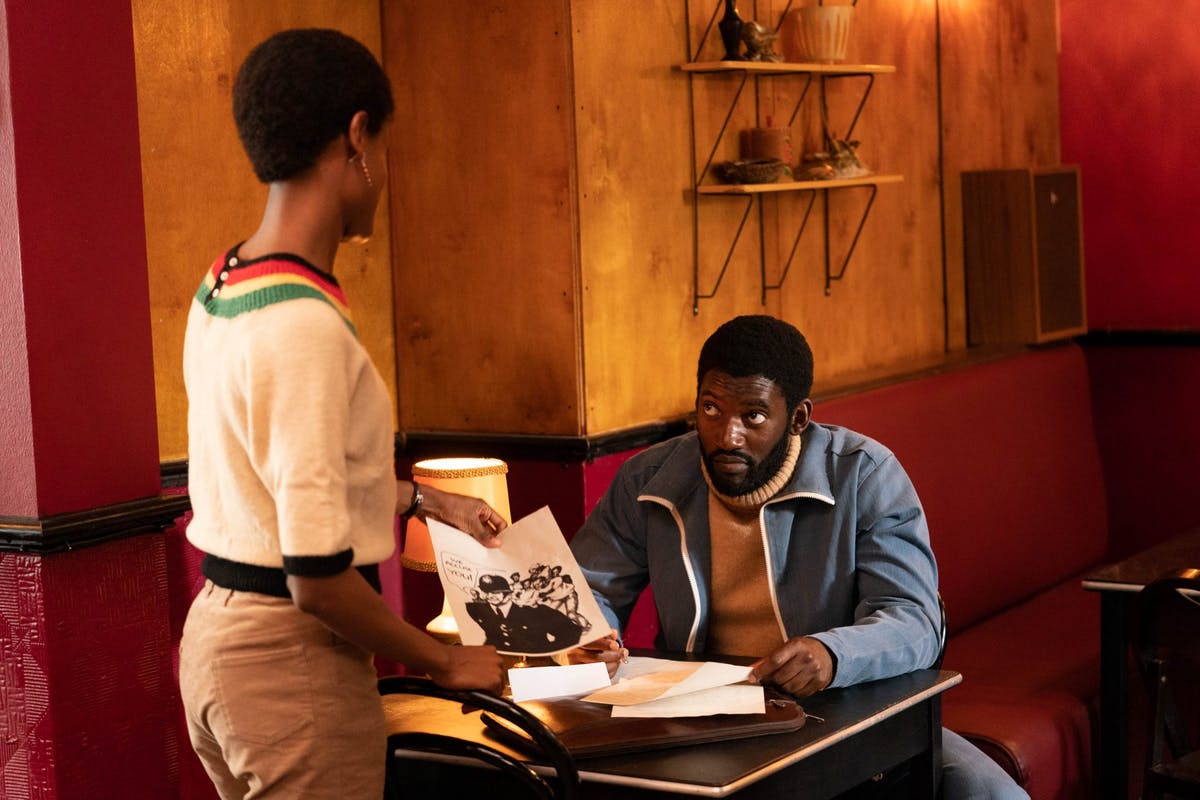 Rather than let the folks of Notting Hill naturally begin blending with the rest of London’s society, however, we watch the various officers antagonize and create issues. Through all of this, the harsh reality of actions taken, words said, and inevitable forms of violence are all handled in a justified manner before these individuals are brought to trial. The mix of emotions is once again handled well, as we see Crichlow deal with being pushed incredibly far, despite all of his efforts to be a productive member of society. We watch Jones-LeCointe make it clear that this part of the struggle is necessary if there’s a plan for change. And there’s plenty of moments showing how Howe, Beese, and the other nine have no intention of being stepped on anymore.

As the episode enters the second half, which is trial-focused, there’s little in the way of surprises when it comes to seeing the attitude of the court. However, as evidenced by Shabiere Kirchner’s wonderful cinematography, Chris Dickens’ and McQueen’s editing, along with another great score from Mica Levi, it is never less than a thrill to watch these proceedings.

Fortunately, despite being branded as “savages” by the police and the prosecution, watching Wright and Kirby’s performance as their very intelligent characters who have chosen to represent themselves proves to be a major source of entertainment. Yes, the journey to these points were unfair, but watching smart and motivated people speak in their natural accents and successfully point out such obvious flaws in the testimony of those with extreme prejudices within them is plenty satisfying. 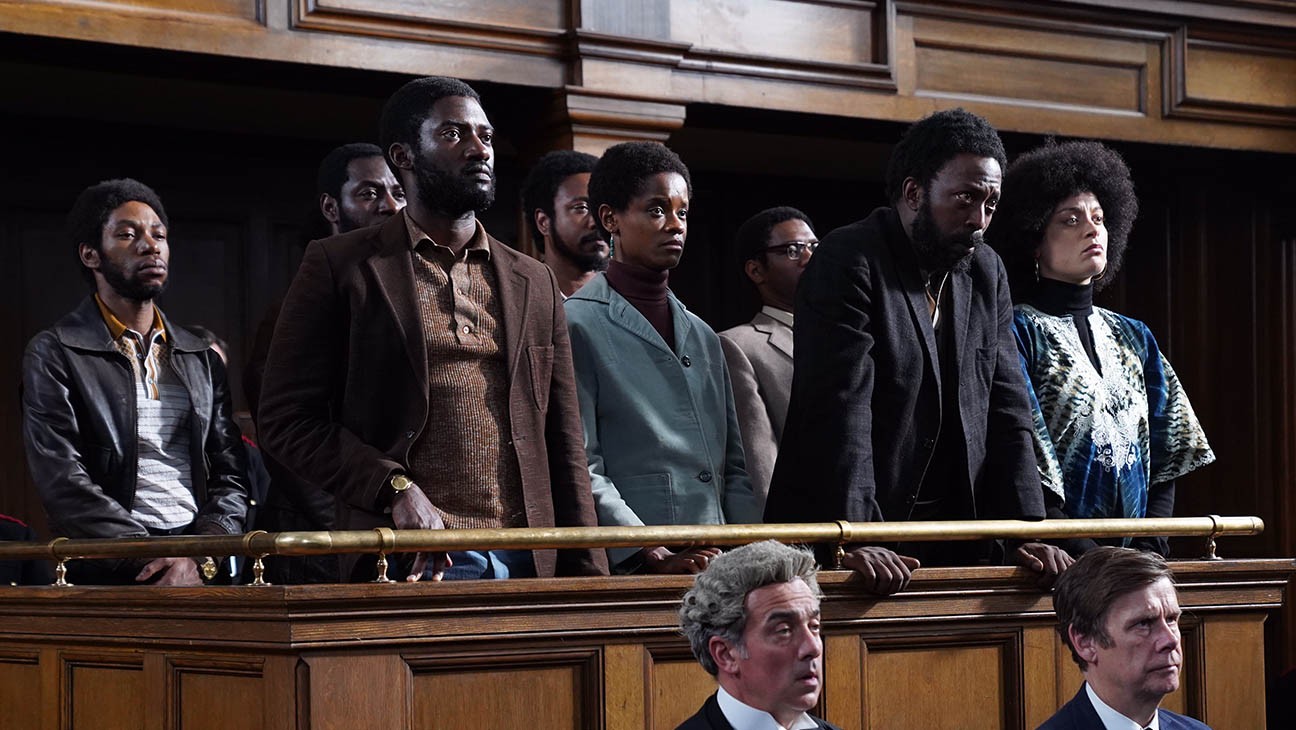 However, through all of this, the level of drama and the stakes on the line do not shift. Neither does the focus. Watching someone like Crichlow being addressed on the stand, attempting to provide answers clarifying his version of the events that took place, is made all the more intense by settling the camera in a close-up, as he holds back a level of rage based around unfair treatment. It’s not as though he’s a violent person, but the amount of pushing, poking, and prodding done to him by those he should be able to rely on as a form of local protection is clearly destroying him inside. And yet, “Mangrove” finds a way to make anyone unaware question where this story is going to go up to its pivotal moments.

Of course, this wouldn’t be a proper courtroom drama without grand speeches, and “Mangrove” has several, including the final statements, which register as powerfully as needed. By the time this two-hour episode (the longest of the series) reaches its ending, it feels as though a proper journey was taken, regardless of where everyone ends up.

It is difficult to say the timing of “Mangrove” couldn’t be better, as it makes me distraught to think events from five decades ago are still being dealt with now, in new forms. The issues in this episode may have been focused on the other side of the pond, but they are important and still maddeningly relevant nonetheless. I can’t say watching this expression of art is the thing that will make the difference. However, watching “Mangrove” and feeling caught up with emotions concerning the state of things feels like a way of knowing McQueen has properly focused his sights on what he knows is out there and is pushing back in the ways he knows he can. The results have led to a wonderfully handled cinematic installment to kick things off. 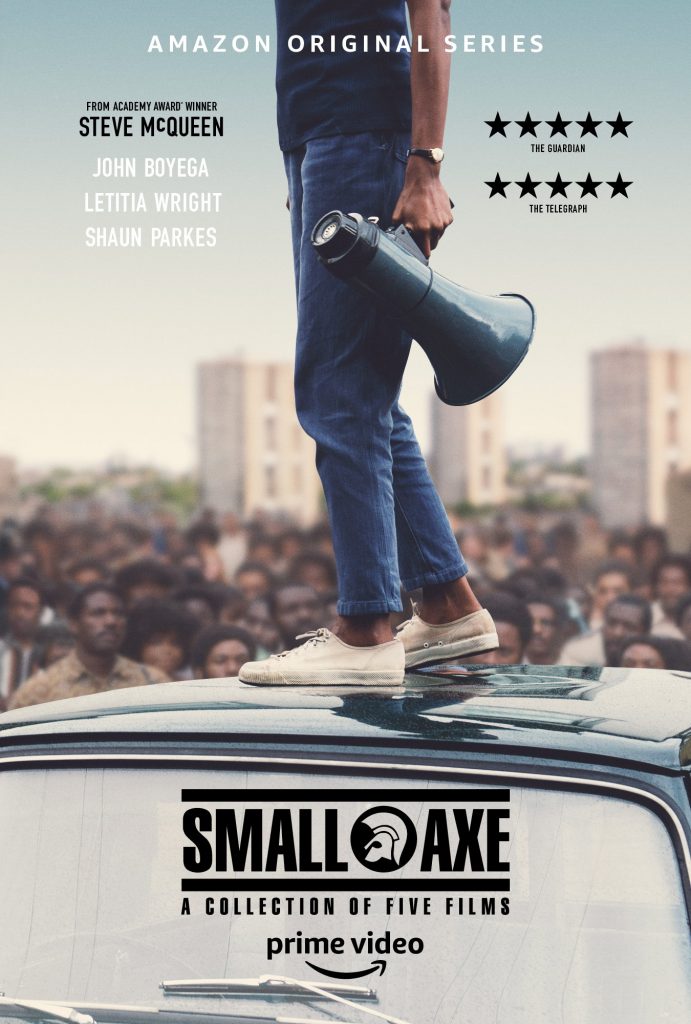 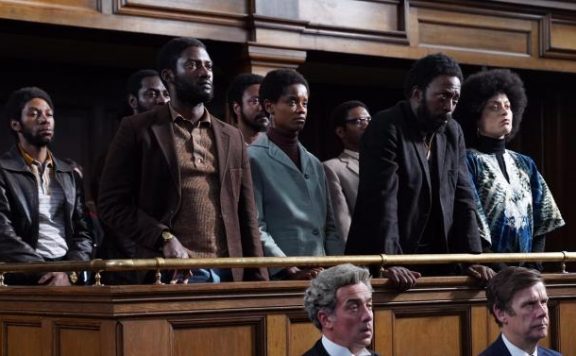 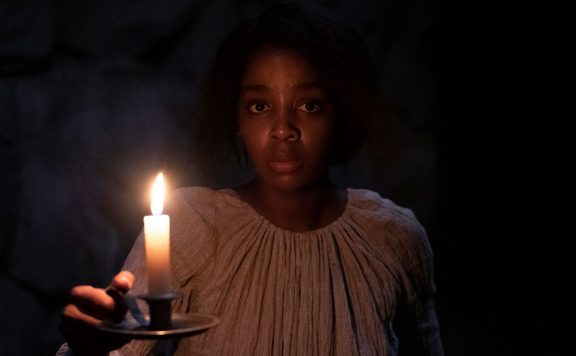