This sixth episode of Star Wars: The Bad Batch can be summed up as enemies with familiar faces. I use the term “enemy” loosely since our titular Clones tend to bond with their adversaries upon realizing their common foe is the Empire. Fans will recognize — perhaps begrudgingly so — smuggler sisters Trace and Rafa Martez (Brigitte Kali Canales and Elizabeth Rodriguez, respectively). As you might recall, the two siblings were heavily featured in an unpopular arc of Star Wars: The Clone Wars’ final season. Trace, the youngest Martez, is the first person to befriend Ahsoka Tano (Ashley Eckstein) after the former padawan leaves the Jedi Order.

The Martez sisters themselves certainly stand out, but they have residual negativity surrounding them. The four chapters they were a part of did them no favors, as their bickering never led to much of a breakthrough as promised. The same goes for Ahsoka’s involvement — she winds up right where she began: alone and still on the run. Similarly, the Martez girls do not leave their questionable line of work nor try to improve their unbalanced partnership. In the end, it appeared that Ahsoka gains their respect, even if trust could never fully form.

Seeing them in this episode is a bit jarring at first, but I am grateful that the strong-willed smugglers get a second shot at fandom redemption. Rafa, the eldest, has a jaded sense of the galaxy that I always found intriguing. She wears the chip on her shoulder proudly, and maybe there is something to be said about turning distrust and skepticism into tools for survival. Young Trace is naive yet willing to give strangers the benefit of the doubt, which, of course, infuriates Rafa. That same sparring dynamic is pivotal in this continuation of the Bad Batch’s personal saga. 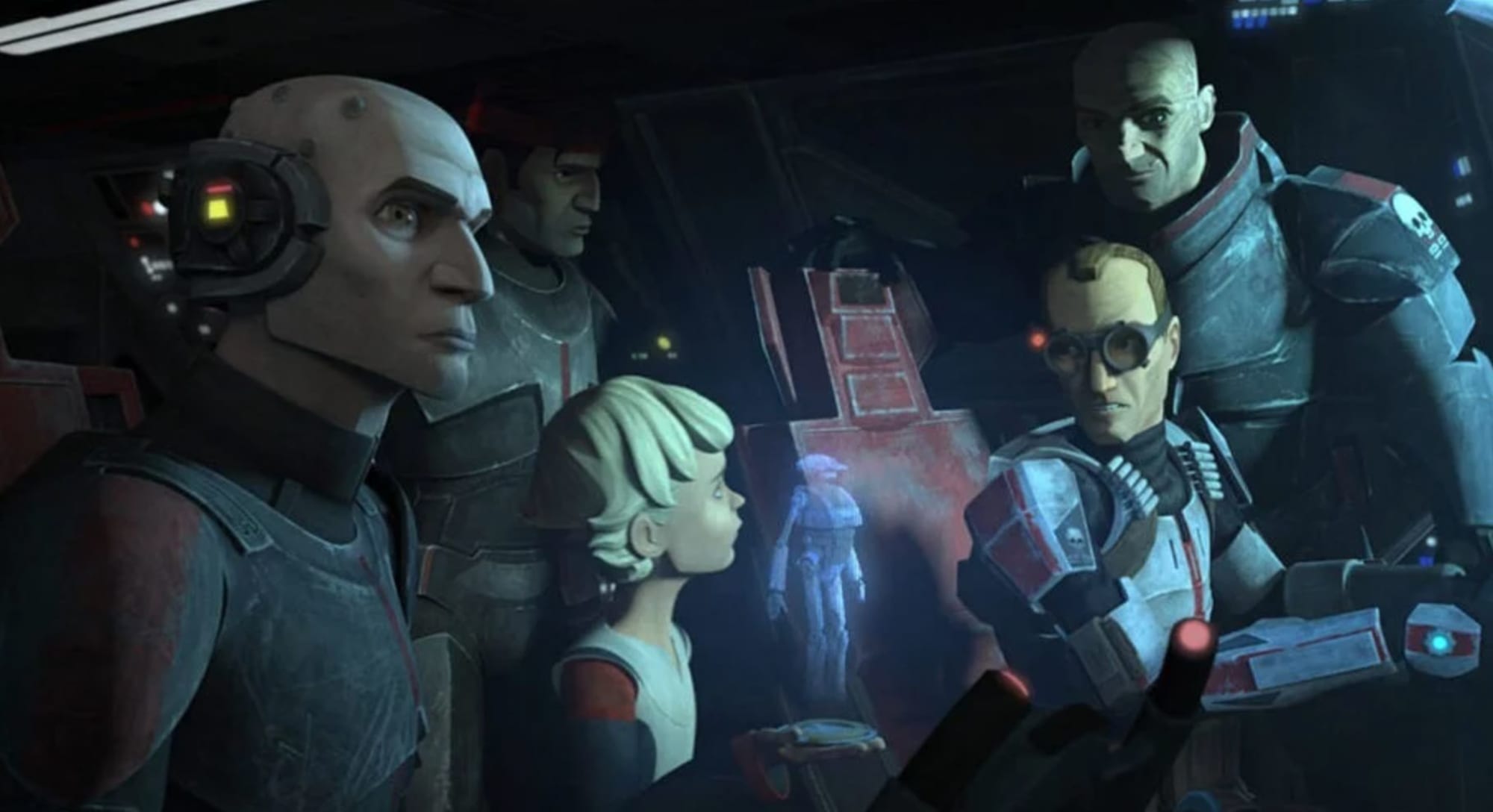 The Clone crew find themselves on a new assignment for Cid (Rhea Perlman), a Trandoshan information broker who happens to be their closest lead to cracking the mystery surrounding Omega’s (Michelle Ang) bounty. Naturally, if the crew wants more intel, it’s going to cost them. This time, the Batch are sent to Corellia (Han Solo’s homeworld, everyone!) to retrieve a tactical droid from a factory that is decommissioning all of the Separatist droids. In other words, this is going to be another Attack of the Clones-esque incinerator madhouse.

This is now the second episode inspired by action segments from what is arguably the weakest movie in the franchise. Star Wars is cyclical and self-referential, but it often pays homage to iconic moments at the cost of originality. It’s refreshing to see the showrunners go back to actually improve something previously attempted by Lucas since nostalgia plays such a huge part in forgiving Attack of the Clones for its piss-poor execution. I haven’t been this terrified of characters falling into a molten vat of incinerated waste since Toy Story 3. Luckily, Omega can handle her own, thanks to her cool new Zygerrian energy bow. The genetically advanced Clone is learning how to be her very own Katniss Everdeen with each new confrontation.

The most pivotal part of “Decommissioned” is watching Wrecker (Dee Bradley Baker) almost go full-Crosshair. The mutated clone’s inhibitor chip gets activated for a brief second during the ensuing operation. His turncoat brother’s mantra, “Good soldiers follow orders,” plays on loop in his mind, nearly forcing Wrecker to become the very evil he saw gun down innocent Jedi. Thankfully, his ethical wiring is a lot stronger than Crosshairs’, and he can successfully resist Order 66. If this does not prove my theory that there is something inherently bad with Crosshair, to begin with, I don’t know what else will. Only time will tell if the series can refrain from a redemption tour like Disney does with many other supervillains.

The episode ends on a cliffhanger, with both parties agreeing to keep the parts of the tactical droid out of the wrong hands and into the, well, more rebellious ones. We see Rafa make a hologram call to an unknown recipient, telling them about the Clones and their whereabouts should this mystery person want to know. If this is Ahsoka Tano’s personal hologram voicemail, I should damn well hope so! Our fan fave will need all the emotional support she can get to make it through these Imperial dark times. 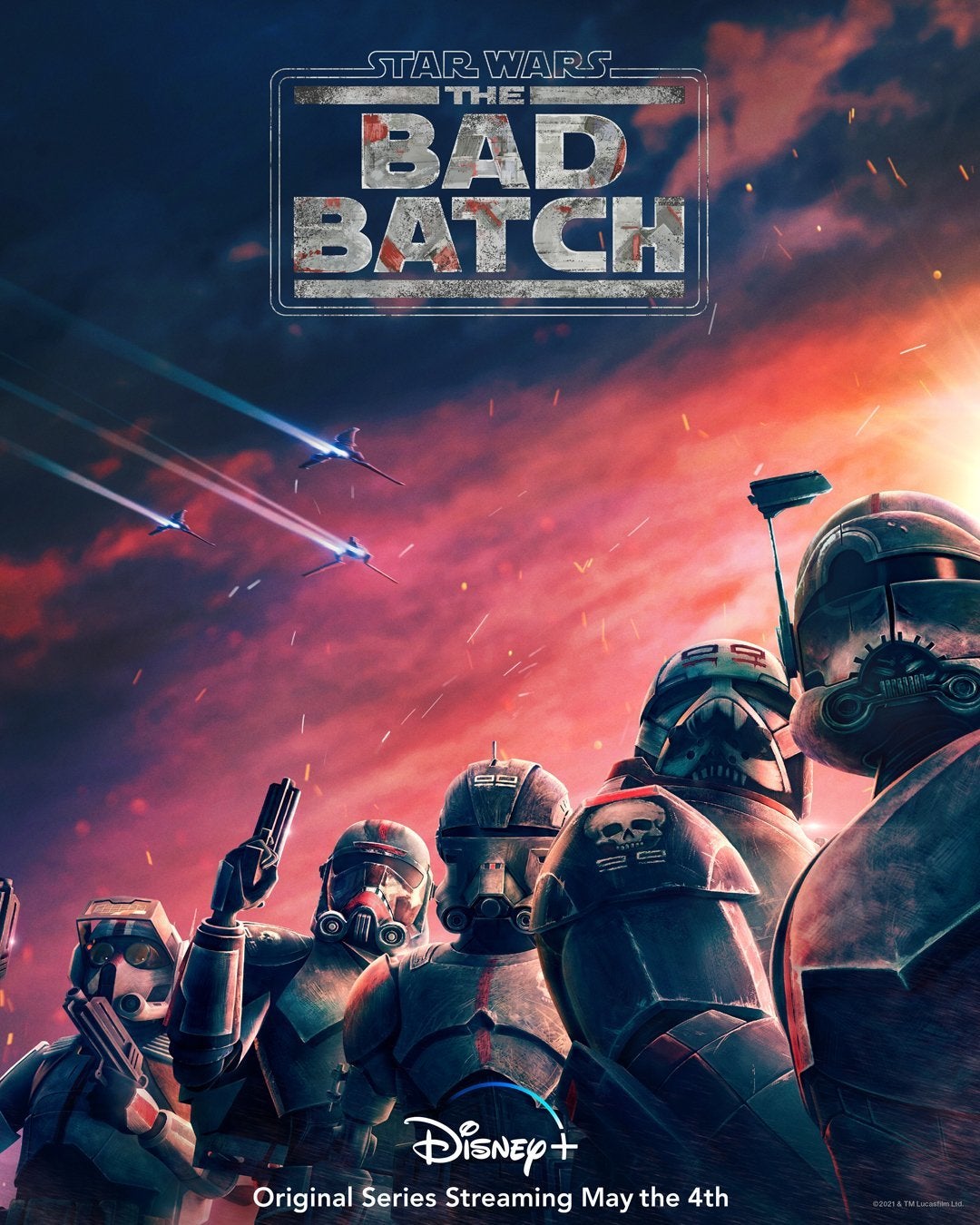 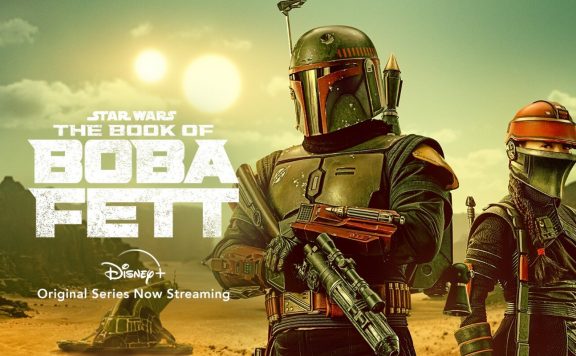