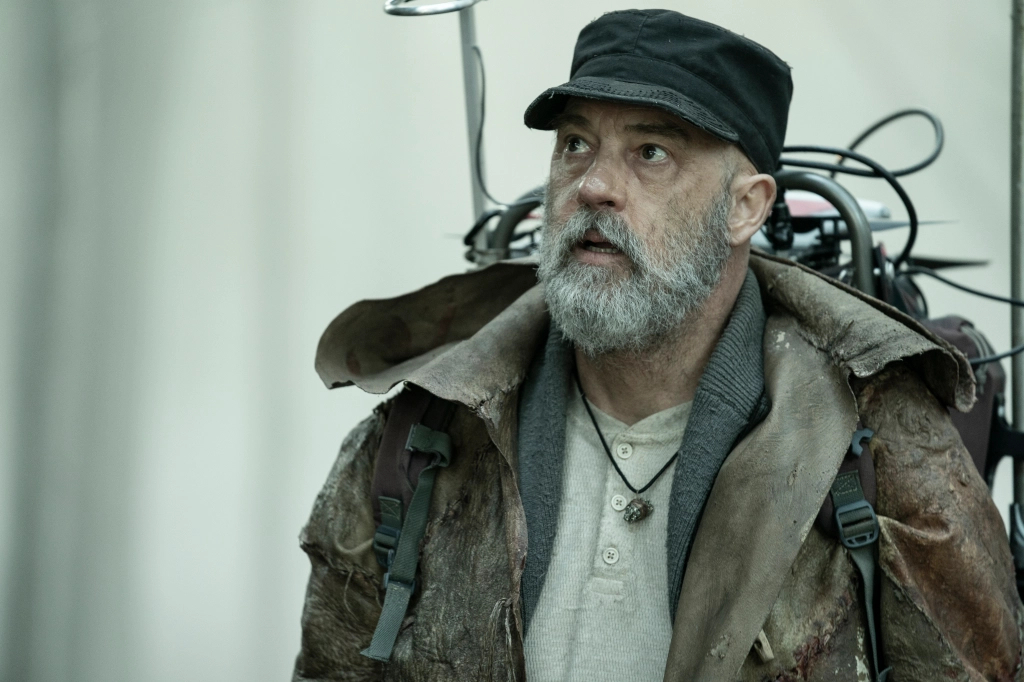 This week’s Tales of the Walking Dead episode had the potential to be more fun in various ways. It could have been shot entirely as a nature documentary or another mismatched pairing leading to adventures. Instead, “Amy / Dr. Everett” is a well-acted, character-driven effort that is also the darkest entry in this series thus far. However, as opposed to last week’s “Dee,” where the darkness stemmed from the nature of humankind, there’s a larger point being made here that nature is taking its course and has decided humans are no longer on top.

I’ve often criticized the series in the past for relying on nihilism as a primary motivator for story ideas. This episode is not exactly forgetting that factor, but it is taking a unique approach based on the format of this series. Having an isolated character at the center, and his own research and understanding, also helps in giving purpose to the reliance on such despair. Of course, the decision was made to add a wrinkle.

This comes in the form of Poppy Liu’s Amy. As a survivor who now has a sharpened pike in place of a forearm, the end of the world hasn’t gotten too far in her way of remaining an extroverted personality with good intentions. Of course, it’s just her luck that she happens to run into the most reclusive man in the area. His way of survival does not include helping out random passers. 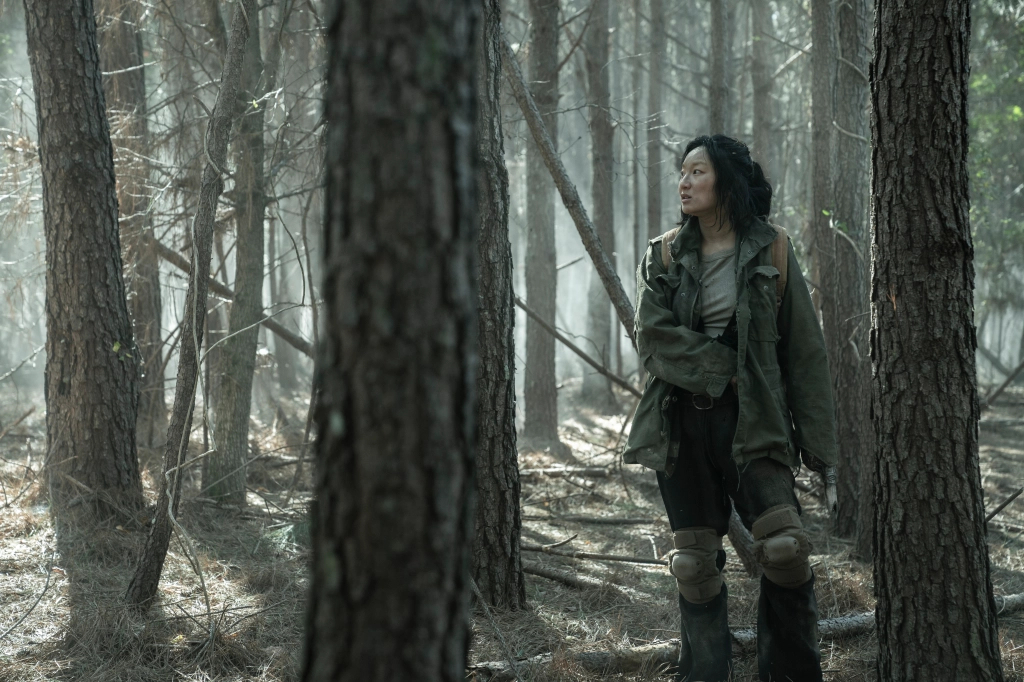 Anthony Edwards’ Dr. Chauncey Everett is the man in question, the leading figure who stars in and narrates this episode. Both actors are doing the right kind of work here, but Edwards finds the right ways to dig in while still being compelling. The episode makes it very easy to not enjoy this man, given how long we watch him watching Poppy nearly get killed by walkers (chompers / homo-mortus – are the names of the week). However, it remains intriguing to try and understand his whole deal between his zombie camouflage, drone usage, and general exasperation.

The actual story taking place is not too complicated. Poppy is sick, and the doc reluctantly lets her into his home/research station. The two of them form an agreement to get Poppy back to her people. At the same time, she helps Dr. Everett find one of the specimens he’s been tracking (who, naturally, is a former colleague/present-day undead roamer). One does not need more than a couple of guesses to figure out how this tale may end (badly for at least one of them), but that comes out of the kind of relationship formed between these two stars.

Compared to the season premiere, which relied on comedic bickering and banter between the leads in a more colorful, offbeat entry, “Amy / Dr. Everett” is a more serious affair, with the two having philosophical differences on what they should be doing. As opposed to Evie and Joe essentially handling the undead world the same but through different physical approaches, Dr. Everett is a naturalist. As such, he sees no reason to interfere with what’s happening. He wants to be impartial and objective, which Poppy just can’t understand. 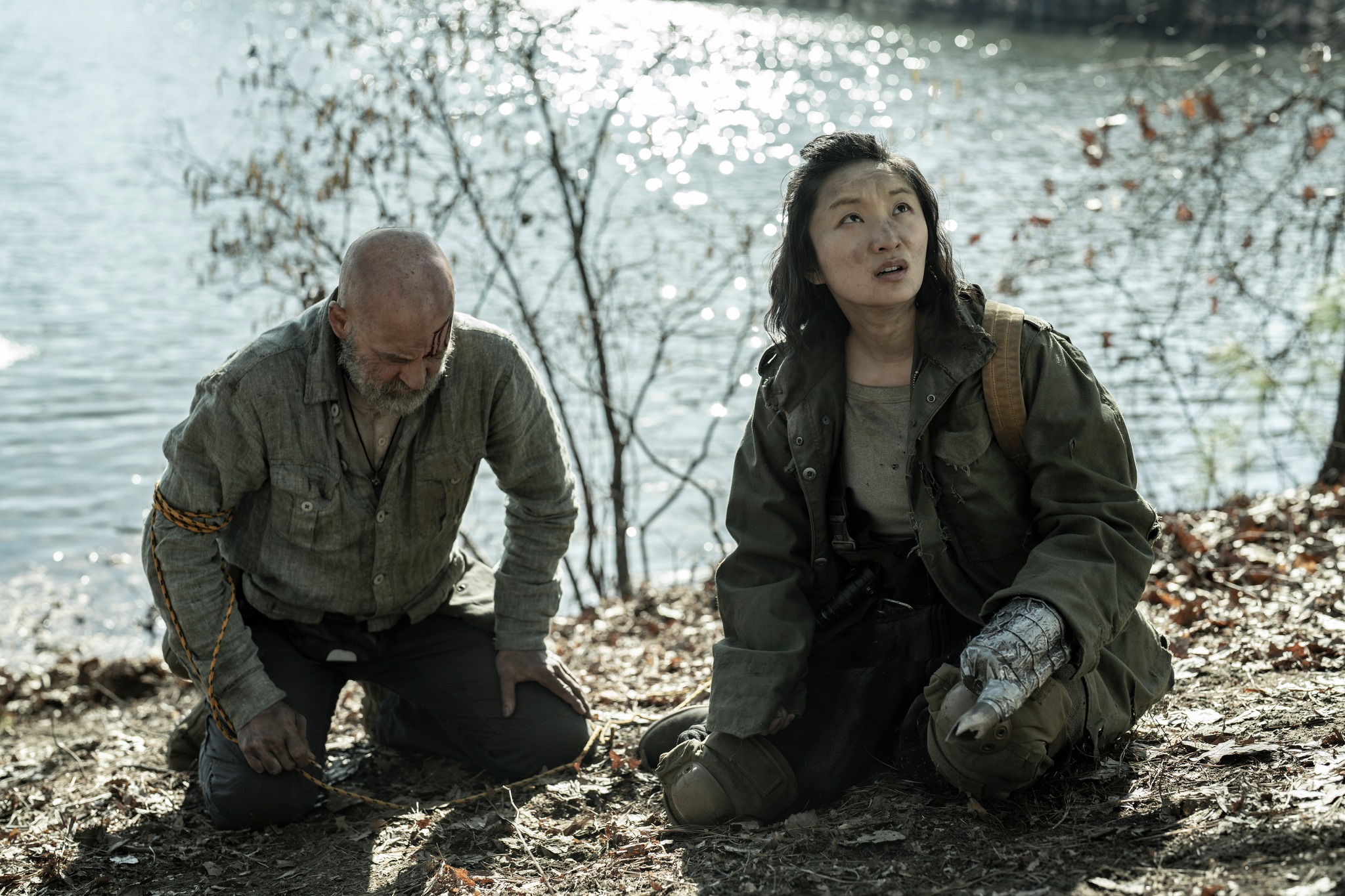 This comes to a head when the two come upon some of Poppy’s people being attacked, only for the good doctor to hold her back, as some folks she knows are killed. Ah, but things, of course, need to get more complicated. As noted earlier, Dr. Everett had a former colleague he had been monitoring as a walker, and he (Dr. Mosely) happens to be involved in this attack. The creature ends up rolling down a hill and onto a big swamp marsh that begins to have it heading out into the water. It is here the doc shows just how partial he actually may be, as he risks his and Poppy’s lives to try and bring this zombie back to shore.

Poppy rightfully calls him a hypocrite, and I had to wonder what the episode had planned to work toward at that point. Dr. Everett practically pleaded with Poppy to help him recover his dead friend. He said he’d join their group, as reluctant as he is to do anything with other people. If this all went as he wanted, would the doc have come closer to wanting to be a part of a society again? Well, it was all for not, as the darkest joke the universe could offer came in the form of an alligator, who quickly dragged undead Dr. Mosely underwater. Yes, I laughed.

The rest of the episode builds up to the two going their separate ways. Dr. Everett has found peace in his life. It may be dangerous, but all he feels he’s good for at this point is documenting the dead, developing theories surrounding homo-mortus, and staying impartial to whatever else is out there. Poppy is the more ambitious of the two, but it only goes so far. Despite making it back to her people, who she says are good, honest folks (despite having to deal with “skull hunters”), her community was not long for this world. 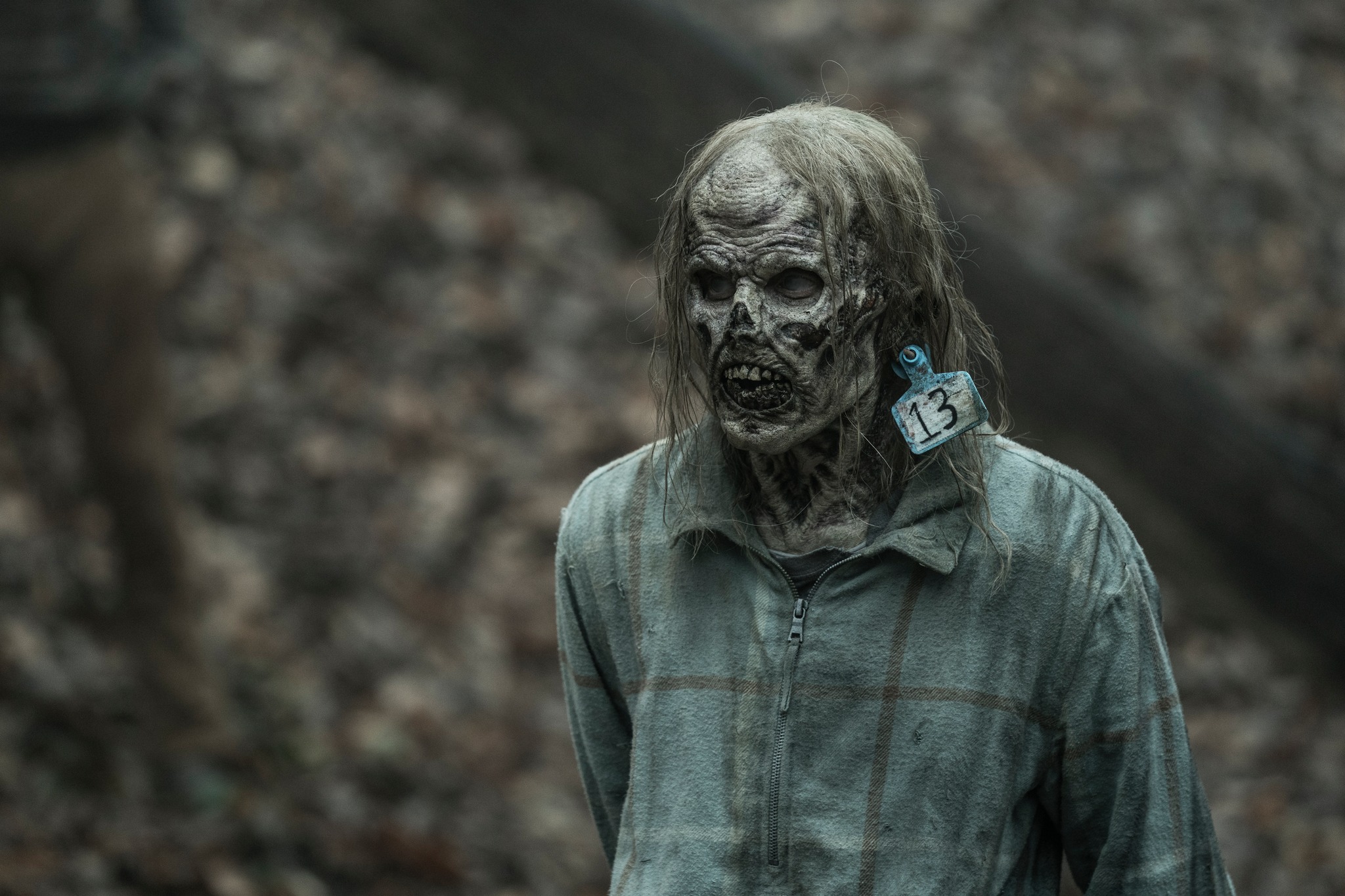 Whether or not Dr. Everett had plans to do more with Poppy and her people by going out of his way to find them, he arrives at an area full of death. We see him look over the land, tag a walker, and then come across an undead Poppy. You see it in Anthony Edwards’ eyes that he felt something from that. As his narration continues to basically summarize what he’s already been saying, there’s enough emotion within the sequence to give this episode that extra push. Sure, it’s not really a fun episode at all, especially when bringing back ideas such as “everyone’s already dead.” Still, if in need of a Walking Dead episode that digs into the inevitability of it all, here’s one where the focus works in its favor. 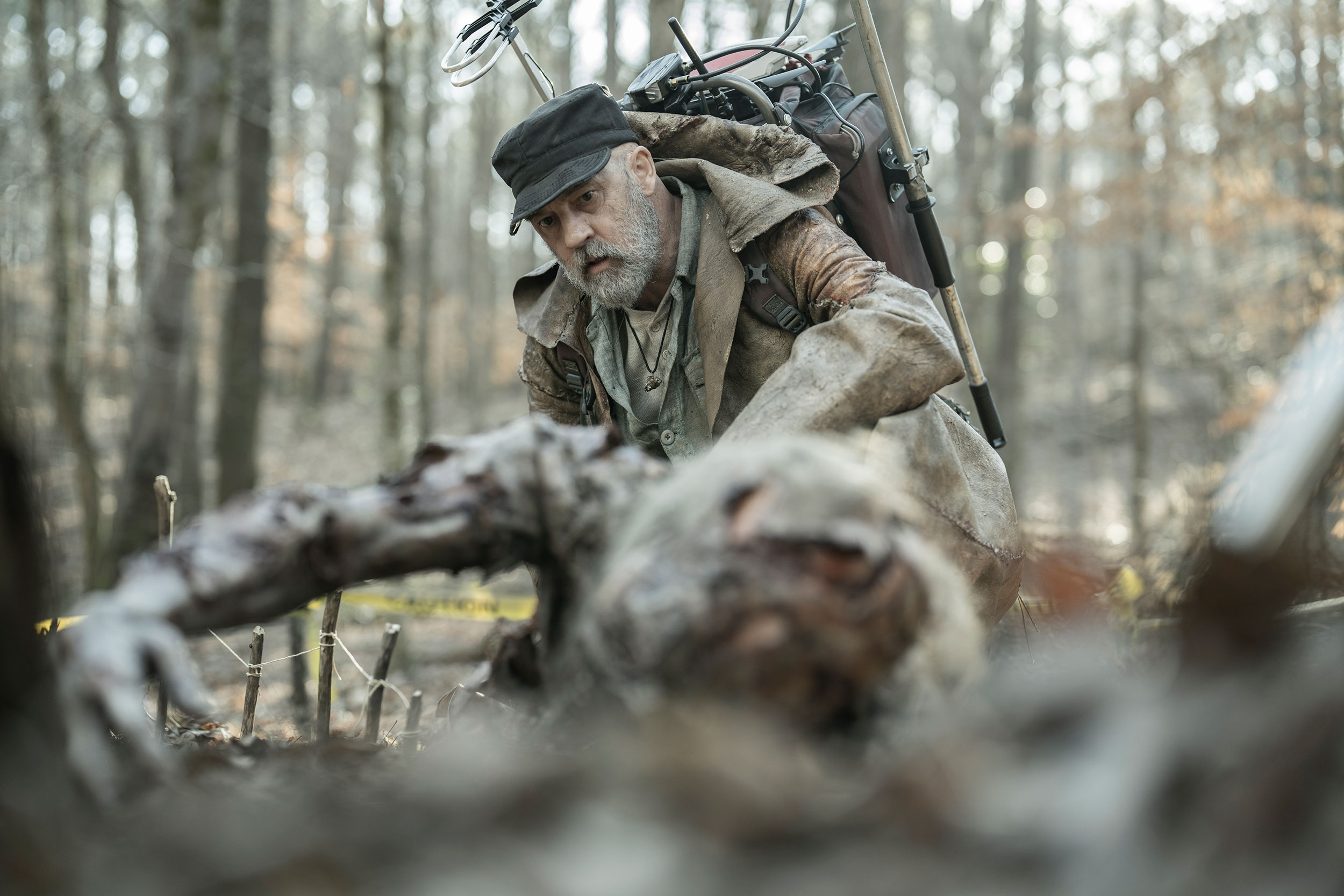 Years into the apocalypse, nature has consumed much of the world as we once knew it, and yet, humans endeavor to survive. Naturalist Dr. Chauncey Everett (Anthony Edwards) has spent the last decade in voluntary isolation; however, when Amy (Poppy Liu), an extroverted survivor, knowingly crosses into no man's land, Dr. Everett's own humanity is put into question.
0
Average User Rating
0 votes
Please sign in to rate.
TV Show:Tales of the Walking Dead
Cast:Anthony Edwards, Poppy Liu
Director(s):Haifaa Al-Mansour
Writer(s):Ahmadu Garba
Genre:Comic Book, Drama, Horror
Network:AMC
TV Rating:TV-MA 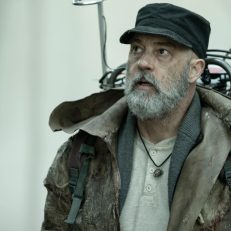 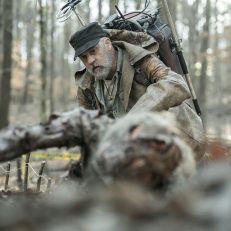 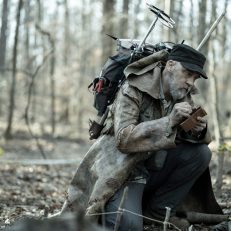 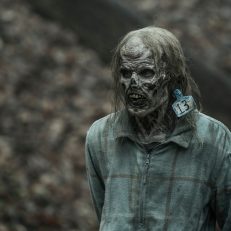 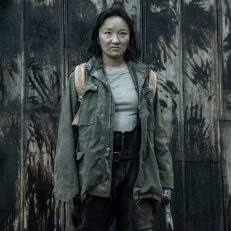 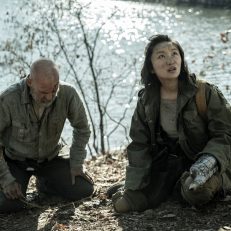 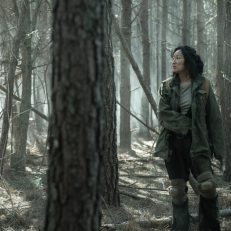