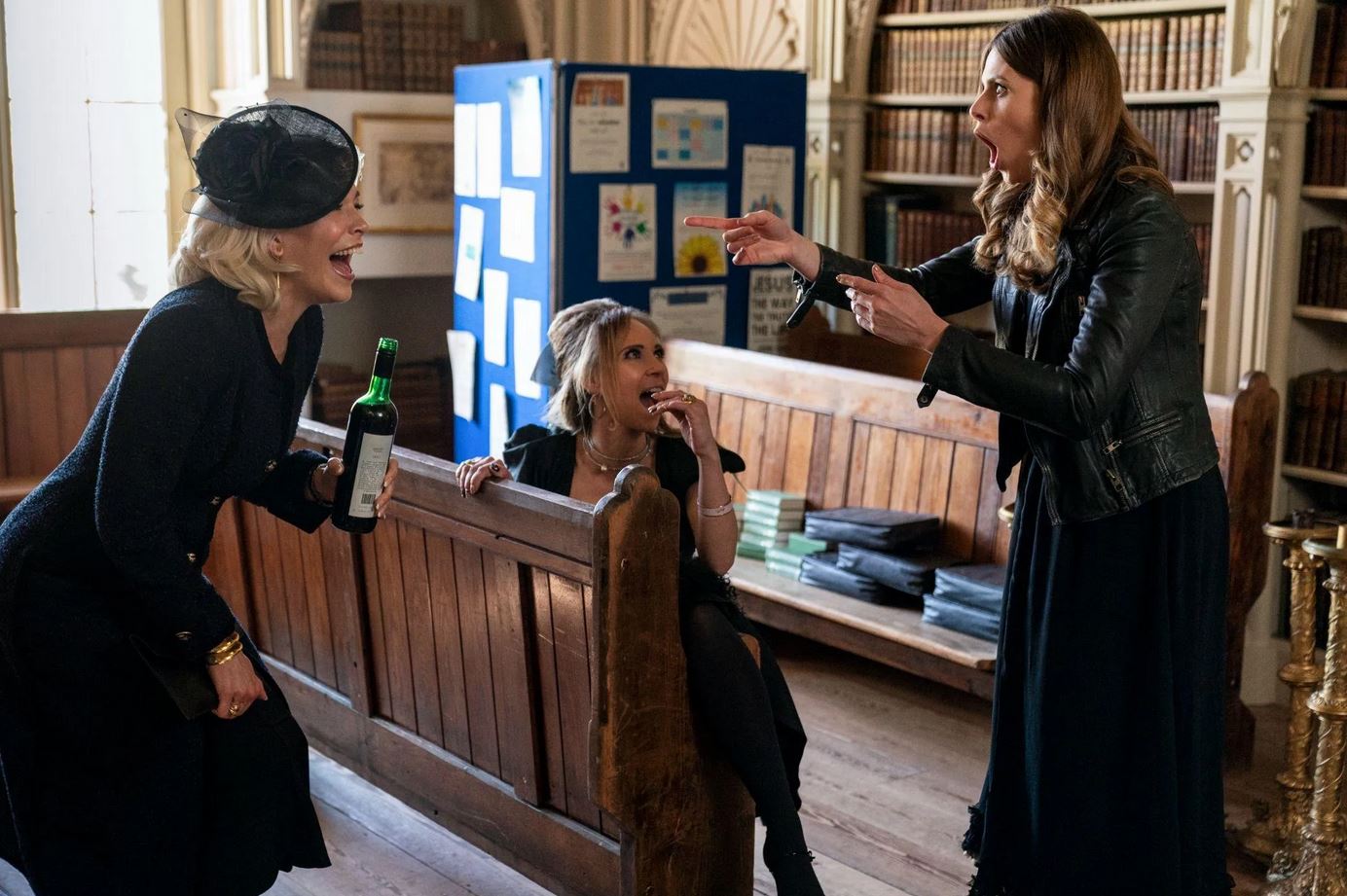 Ted Lasso’s “No Weddings and a Funeral” gave audiences clarity on something unexpected this week, how the characters process grief. The episode focused on the death of Rebecca’s father. We learned that Rebecca always had a deep dislike for her father because he cheated. Rebecca’s mother, meanwhile, continually forgave that behavior because she loved him. This was something very hard for Rebecca to grasp. Sam did his best to support her during the funeral but struggled to really get through to her due to being such a new part of her life. Rebecca’s grief was softened briefly by the appearance of Sassy (Ellie Taylor) and her daughter Nora (Kiki May).

The team as a whole decided to go to the funeral to support Rebecca, which was noble. Interestingly, we found out that Roy Kent was not good at processing grief as he had lost his grandfather some years earlier. Ted was okay with getting ready for the funeral but struggled to process his own grief surrounding his father’s death. All these events were surrounded and soundtracked by one artist in particular, Rick Astley.  The standout pop tune Never Gonna Give You Up was the soundtrack for the entire proceeding and provided both levity and sorrow at the same time.

I really liked this episode because the personalities of every character in the Ted lasso series never changed. In fact, we were given more depth to who these people are outside of their job. Specifically, I never expected to see Roy be vulnerable at a wedding. I loved how sensitive Keeley was to the idea that her friend was suffering, even if it was in anger and denial. More to the point, watching Ted fully break down what happened with his father and why it caused him to develop the personality he has had the entire series was a fascinating insight into why caring for others matters to him so much.

I would have never expected his personality to come from such a tragic event. What he learns about himself is that it’s okay not to be okay, and it’s okay not to make peace with the idea your parent didn’t feel adequate. The real lesson to take away from that is reminding those close to you how important they actually are. I think that’s something the audience is forced to examine about their own relationships, whether romantic or friendly.

The one major event that occurred that was difficult to make sense of was the breakup between Rebecca and Sam. This was especially jarring given how close the two were at the beginning of the episode before the credits began. Sam spent most of the episode demonstrating just how wonderful and supportive he can be as a partner for Rebecca.  Her profound happiness was wonderful for all of five seconds before she realized that she needed to find her own way forward first before being in the relationship.

This was definitely a big and heartbreaking decision for Rebecca, but it was a necessary step for her own personal growth, and I applaud the writer for taking advantage of knowing that we all have to grow and mature in our own way before we move forward in any kind of relationship. That’s a lesson the audience should probably take some stock from.  This episode showcases just how good the writing for these characters can be and how definitive this season is in terms of its themes of growth and change.

Nothing was more heartbreaking than learning how teds father didn’t value himself and furthermore that Rebecca’s mother fully accepted bet her husband was a cheater continually. The lessons Rebecca and Ted learn about themselves are far more impactful than getting the opportunity to say goodbye.  This was a powerful episode that continued to bind some long-held themes from earlier this season.  I can’t wait to see what comes next.