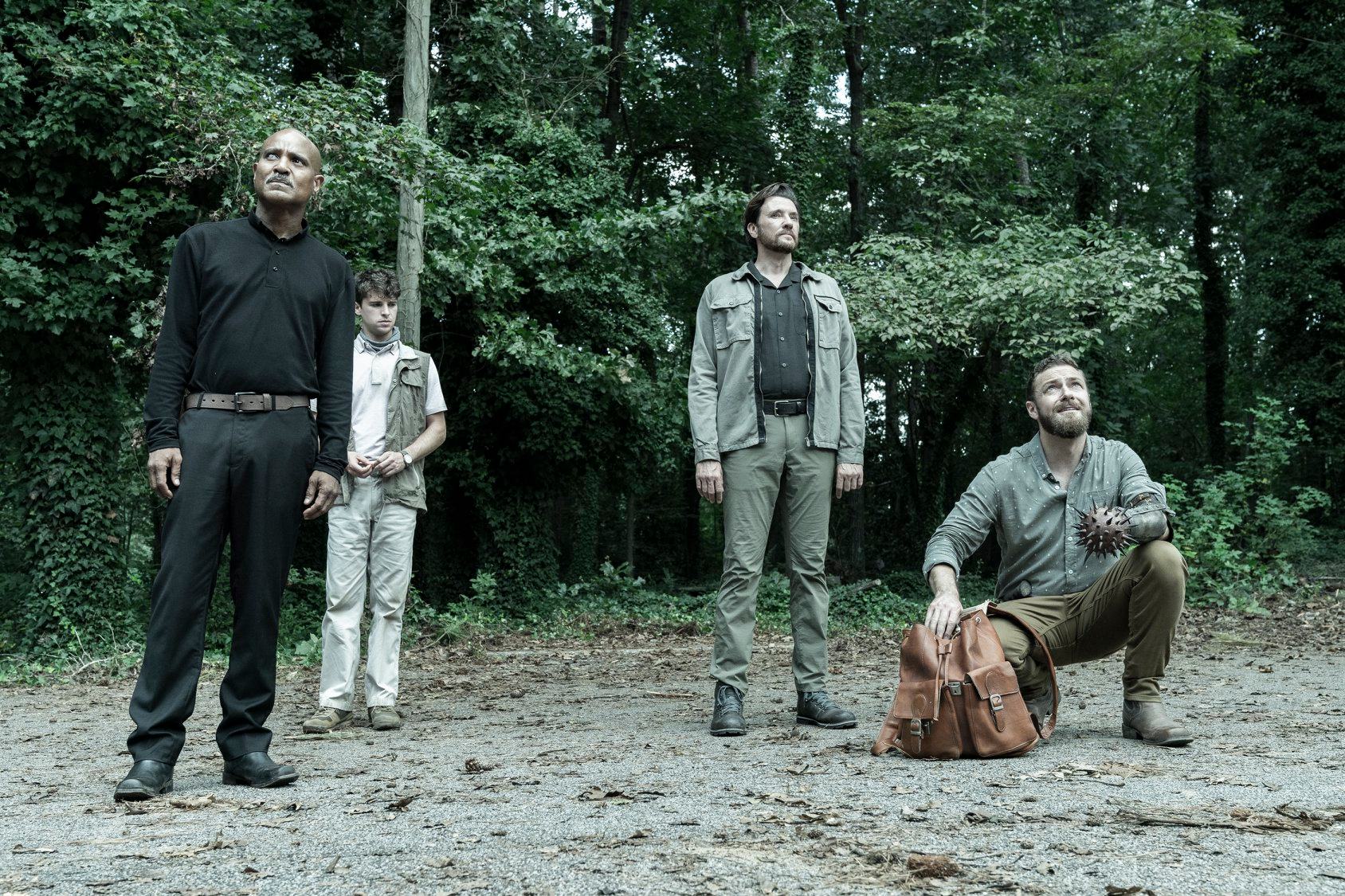 Not to presume too much about the writing process, but I wonder how much writers Jim Barnes and Erik Mountain were inspired by Tarantino, Elmore Leonard, or whatever else this week in “Warlords.” Between the flashbacks, flashbacks within flashbacks, and spirited banter, it’s hard not to think this fairly intense episode of The Walking Dead wasn’t also informed by some geek-friendly media. That said, why shouldn’t it be? This show could use more bold choices beyond how violent it can get. “Warlords” may have ramped up to be more and more exciting as it went along, but I quite dug this ride it put the characters and us viewers through.

Fittingly, the best thing is looking back to explain the main setup of this episode in retrospect – A priest, an assassin, and a one-armed man walk into a room. Granted, we have to wait to learn most of this as the episode plays out, it’s still an interesting situation. What will take place? How will others react to the presence of these Commonwealth representatives? What’s the deal with Carlson?

Before getting to all of that, the episode pulls a bit of a bait and switch by setting up another Maggie-led episode, with Lydia and Elijah convincing her that it would be best to look for the source of a message given by a mortally wounded man on a horse. After some deliberating, we’re in the truck with this trio, only for them to discover three zombie Commonwealth stormtroopers and a bloodied Aaron not too far behind. What happened here? 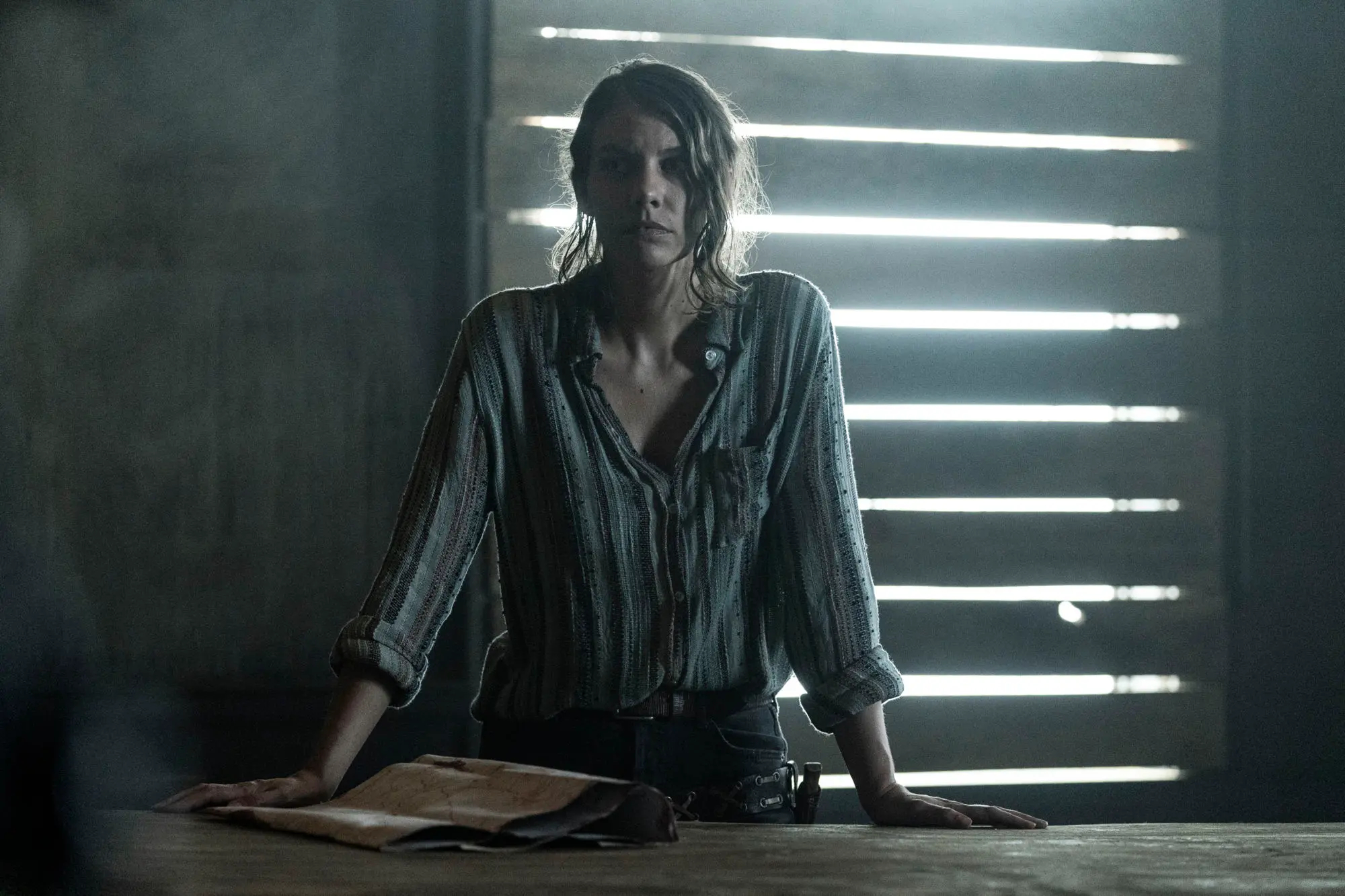 Well, the show steps back a week, and here we are watching Aaron meet with Gabriel to discuss plans to recruit a possibly religious group holding up in a secure building. Gabriel remains fascinating because he’s handling sermons while kicking ass and taking names when out in the field. His faith is shaken but not gone, but his ability to put people down has gone nowhere either. Will he be a help on this mission?

This leads to Carlson, a tall drink of water with an awkward way of dealing with people. Jason Butler Harner is off to a great start for an introductory episode with this guy. No, you don’t trust him for a second, but he stands out in a fun way. Best of all, he’s actually very competent. Gabriel and Aaron object to his plan based on what they see as having faults, but Carlson already knows this, as he has an ulterior motive. Why? Well, that’s for another flashback later on.

Once arriving at the complex to deal with this mysterious other group, they are allowed inside at the cost of their weapons, and interrogated by special guests Michael Biehn’s Ian. It’s a shame this show didn’t have much for him to do (similar to fellow Terminator alum Robert Patrick), as Biehn always leaves an impression. Of course, the guy is so towering and intimidating that having him for multiple episodes could have been too much for this series to handle anyway. 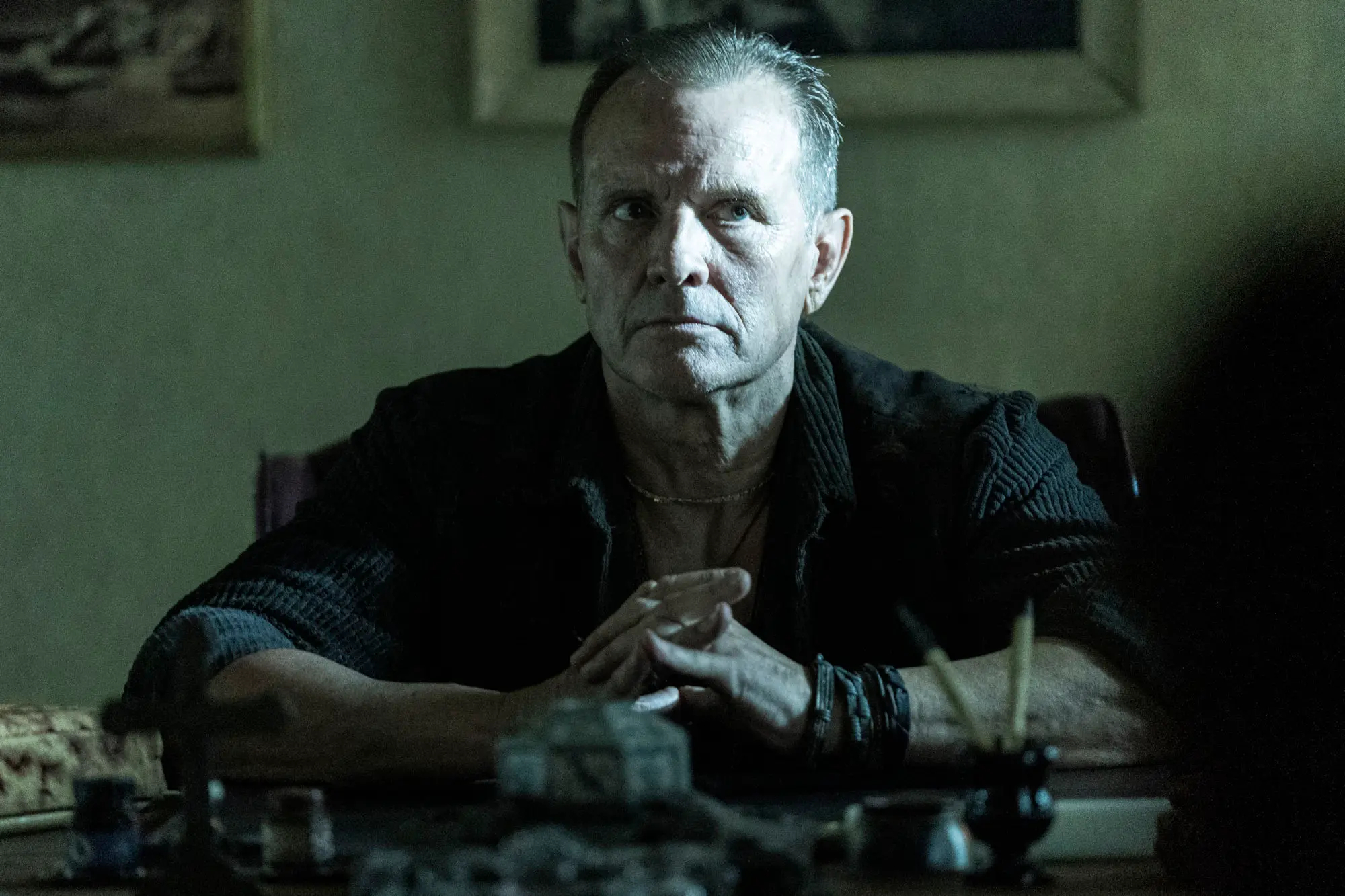 Regardless, a tense conversation that builds to a breaking point surprisingly ends with Carlson turning all the tables over and revealing his proficient skill as a cleaner. This is when we learn the whole story – Lance hired him to take care of a group that may have stolen supplies and weapons from them. For one thing, I’m happy the show actually took more of a direction in showing the Commonwealth getting their hands dirty. As opposed to just playing politics, here’s a concrete sign of evil things afoot that involve murdering people to either make a point or find what they are looking for.

Having it come in the form of this surprising assassin mission is a fun touch as it allowed the show to play with its format. Even better, the show utilized this editing choice in a manner that couldn’t simply be reversed and still make sense. That shows a level of thought going into how it’s not just a gimmicky idea. Regardless, “Warlords” also throws in some other fun surprises.

I’m now referring to Negan’s return. He’s joined the people living in the apartment complex and appears to be dealing with how to keep surviving away from his past. Negan is partnered up to some degree with Annie (Medina Senghore), as the two help out a Commonwealth character take the message to Maggie, along with helping Gabriel and others in this desperate situation against a brutal Carlson. 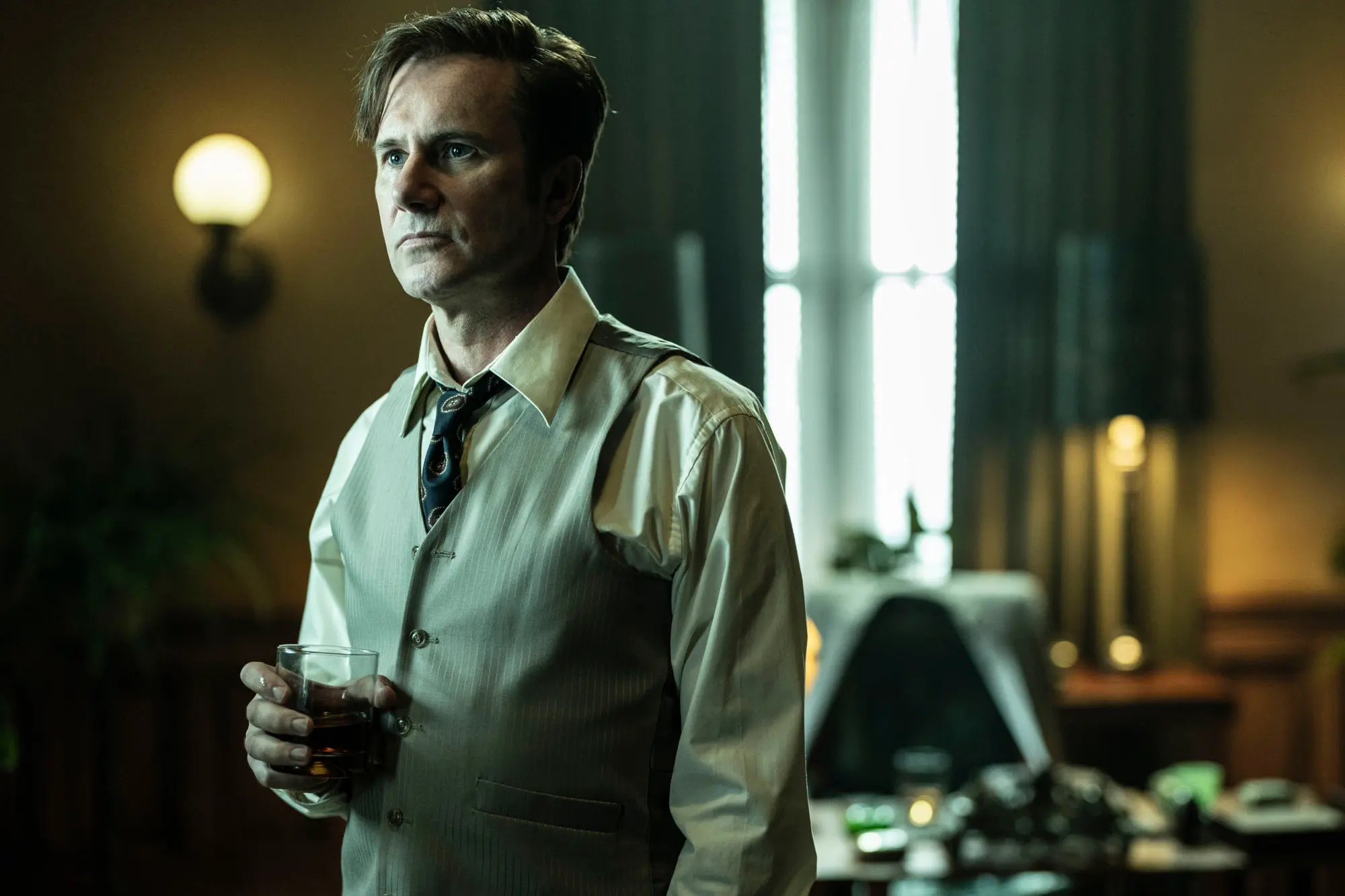 All of this and the episode isn’t even designed to conclude this storyline, as Carlson tosses a bunch of bodies off the roof, hoping to get answers about stolen supplies. Negan and Annie try to assure everyone that these stormtroopers won’t get away with any of this, and then I was shocked to see that was it for now. Yes, I was caught up in all of the drama enough to be surprised by the episode suddenly stopping.

That level of engagement is The Walking Dead at its best. This doesn’t make “Warlords” a top-tier episode, necessarily, but I enjoyed the experimental format quite a bit, along with the level of human-shaped tensions coming from surprise reveals and other clever instances. Having a conflict in the form of Aaron going against Commonwealth orders provides some additional complexity, but we’ll see where things go now that he’s teamed up with Maggie and her group to figure out the next move.

Even if it’s a bit of a sidestep away from the central Commonwealth drama, it feels as though the show is about to make some essential moves to pave the way for wherever this will all end up for this section of the final season. I’m all for it. 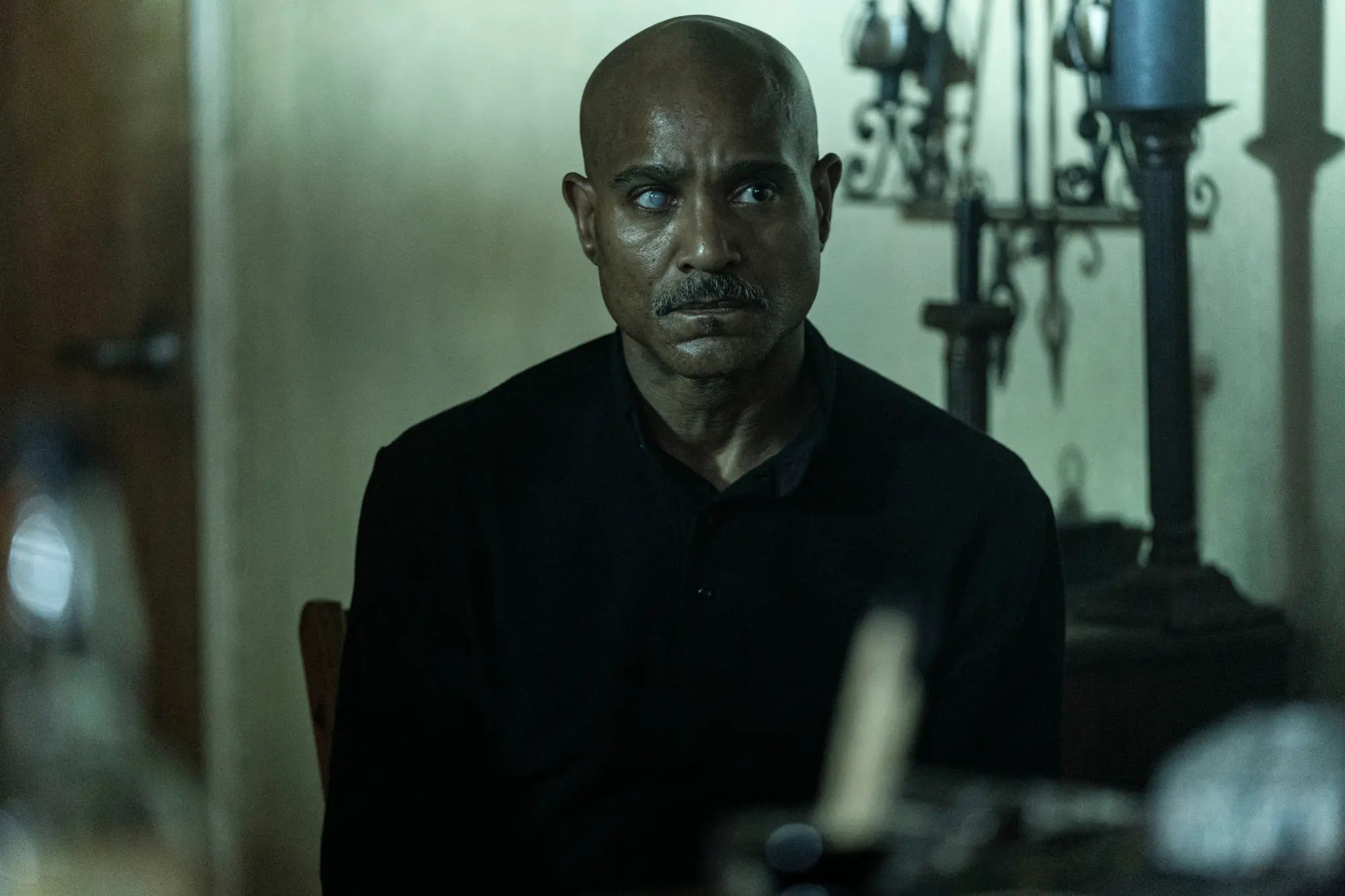 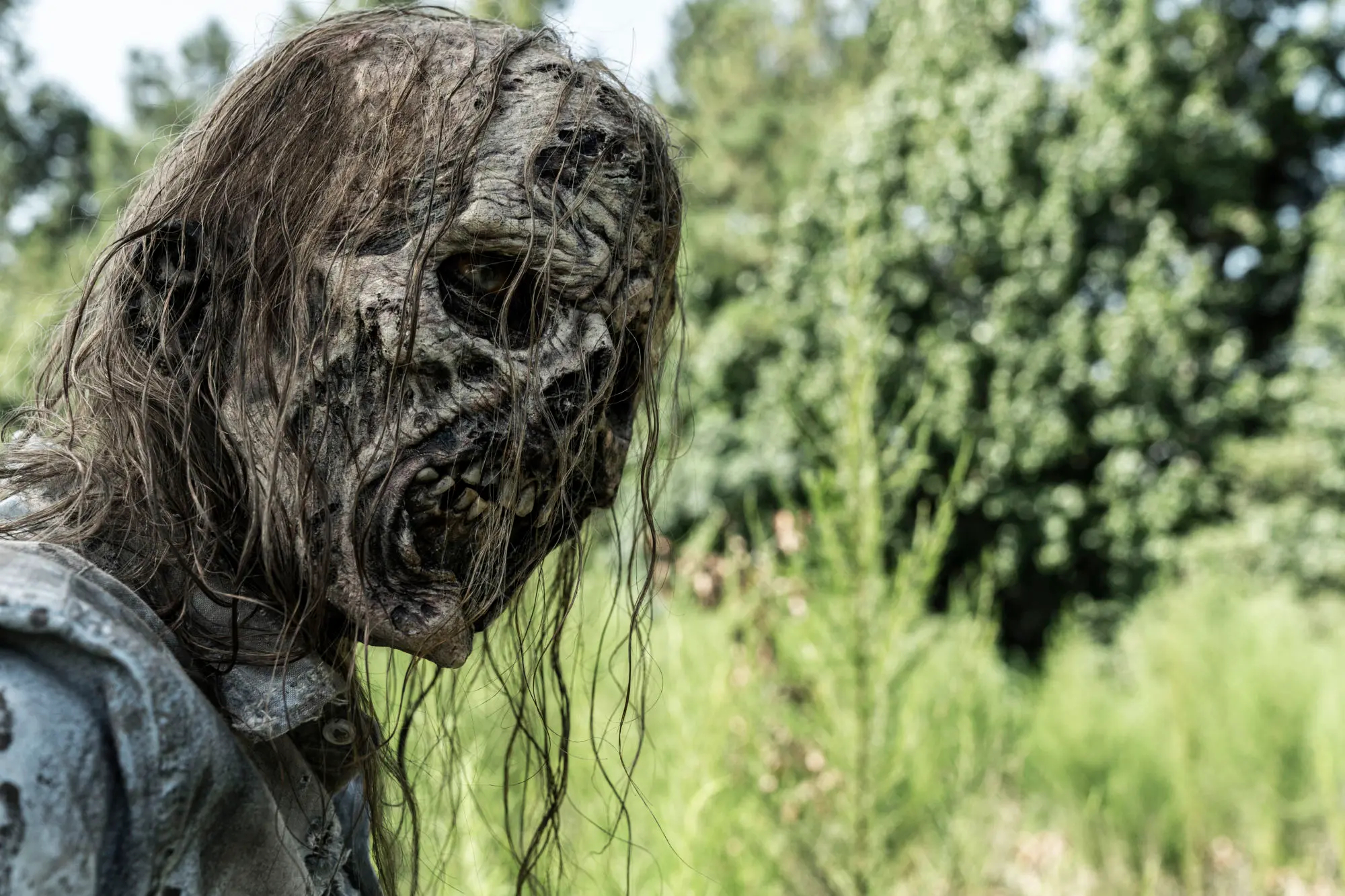 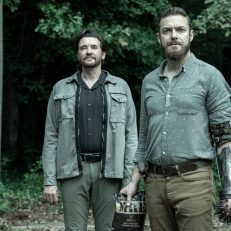 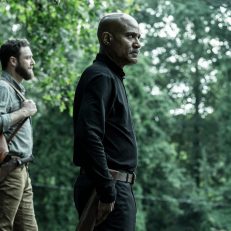 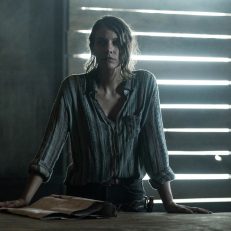 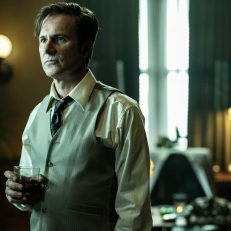 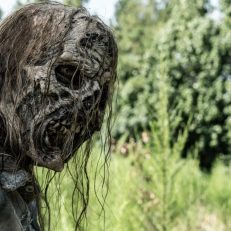 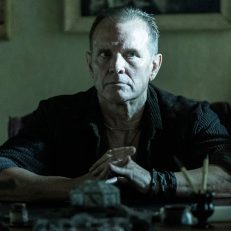 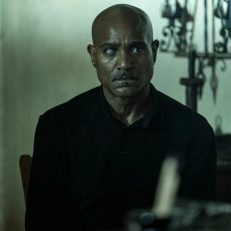 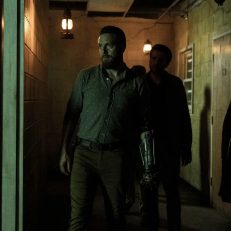