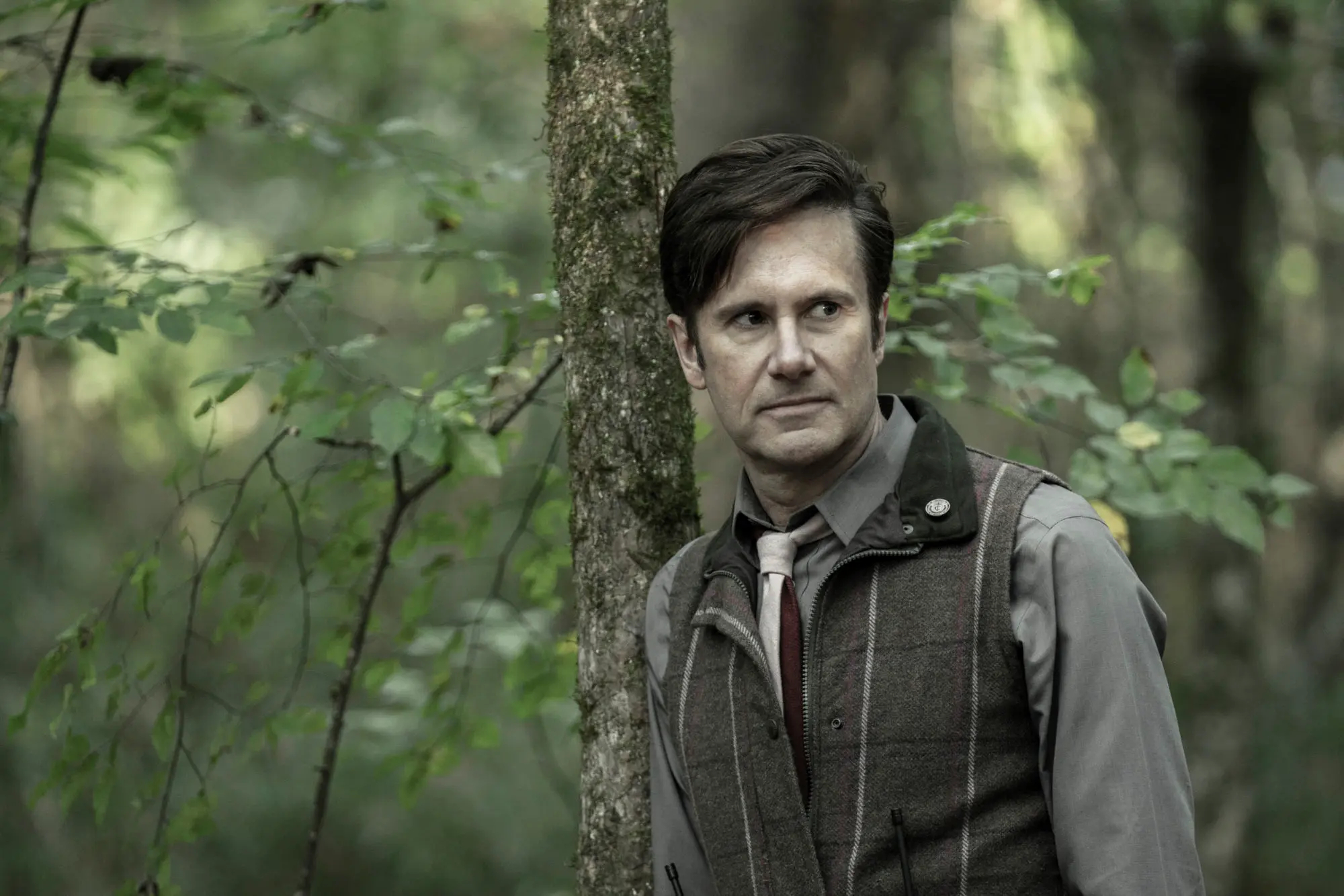 Looking at this final season of The Walking Dead as a trilogy, this middle set of episodes was always going to be the dark section akin to many film trilogies. Recall how the mid-season premiere opened with Maggie going down a dark path and murdering almost all of the reapers. This week sees the fallout of those actions and the full extent of Lance’s plan coming to fruition, even if it was a bumpy path to get there. “Acts of God” doesn’t leave much room for much more than plot and action, but the results are well-filmed, with plenty going on to set up the final stretch of episodes this fall.

Looking at this title, I was already well aware that the show’s penchant for never relying on subtlety would come out heavily here. From equating the Commonwealth to the sound and sight of locusts in the air to the bookending of this episode with Lance and his lucky coin, it’s not difficult to come away with a message. Regardless, while last week focused on the man who is ostensibly the main big bad (Pamela Milton still largely seems naïve to a lot of what’s going on), this episode relies on Maggie as its center.

Her choices are smart. With an understanding that Lance isn’t going to stop, Maggie arranges safety for Lil’ Hershel, entrusting him with Negan, Annie, and their people who are holed up in a “Whisperer wormhole” (Lydia’s knowledge does come in handy). It’s here where we get some of the best character work. After a season’s worth of effort to explore the relationship between Maggie and Negan, she’s finally in a place where she can accept his presence enough to rely on him to protect her child. 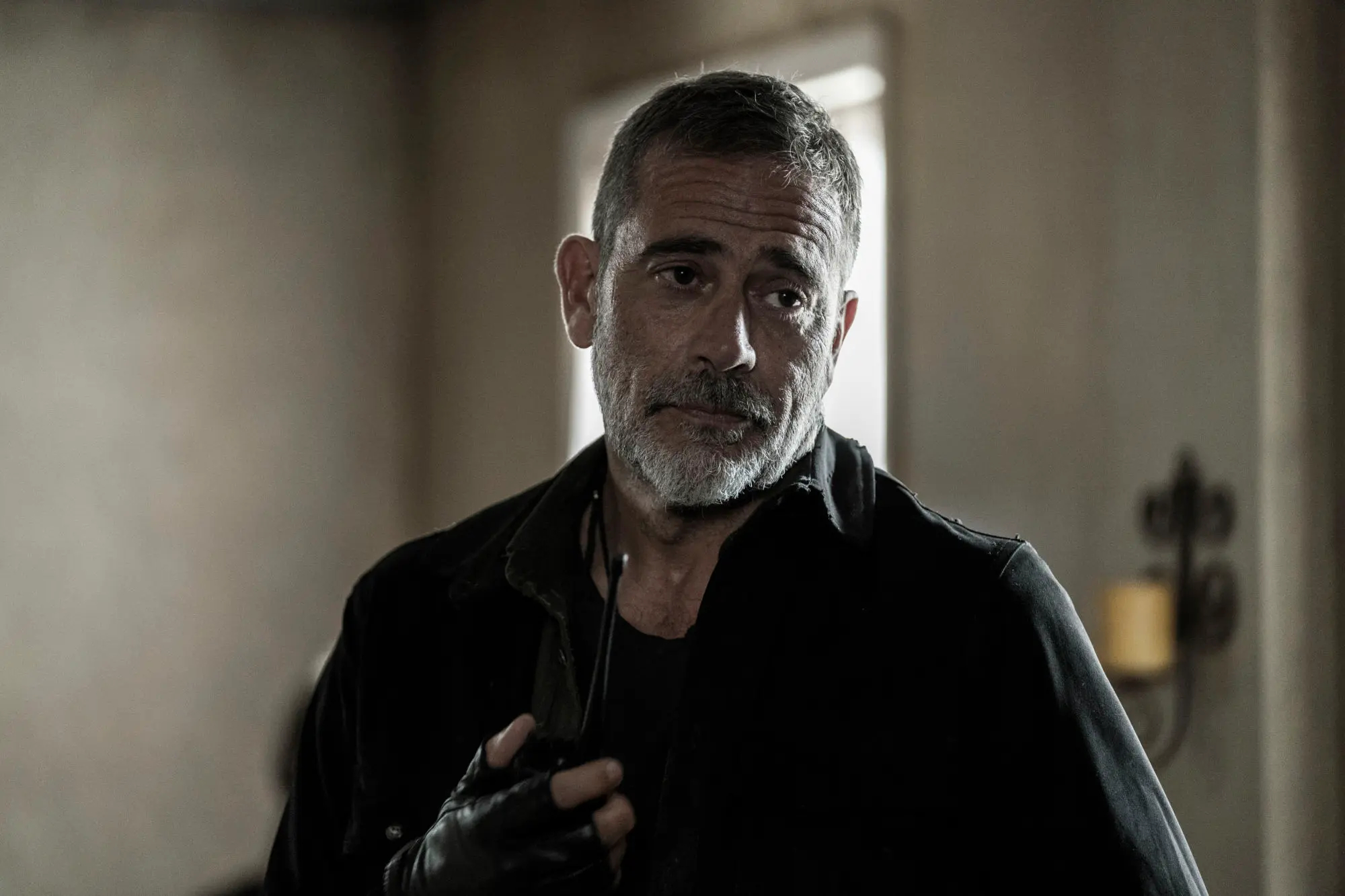 Much of that comes from Maggie’s interactions with Annie. The understanding these women share regarding the horrible actions they’ve had to take or be a part of is a big help. Negan, the man who killed Glenn, shows her signs of reformation with this added reframing. Negan’s general disposition also works in favor of pulling these two closer together. She’ll never forgive Negan, but the series has done the work to justify them being allies (and we’ll see how that plays out in their recently announced spin-off series).

Knowing the Commonwealth stormtroopers will come after Maggie, she takes another drastic action – rigging the Hilltop’s mansion to blow. It’s a spectacular little moment that continues to help alter the status quo. However, Maggie didn’t count on Terminator Leah emerging from the flames and hunting after her. This cat-and-mouse segment is tense and fun. There’s enough suspense in how it’s all filmed, leading up to another major confrontation.

I have no sympathy for Leah. She may have lost her family at the hands of Maggie (and her crew), but Leah was a part of a mercenary squad that were going around killing everyone, including Maggie’s people. With that in mind, she certainly blew her opportunity to get revenge on Maggie by trying to savor the moment (and not tie strong enough knots). Bad move, and while the ensuing cabin fight between them was brutal, Daryl finally comes to finish the job. 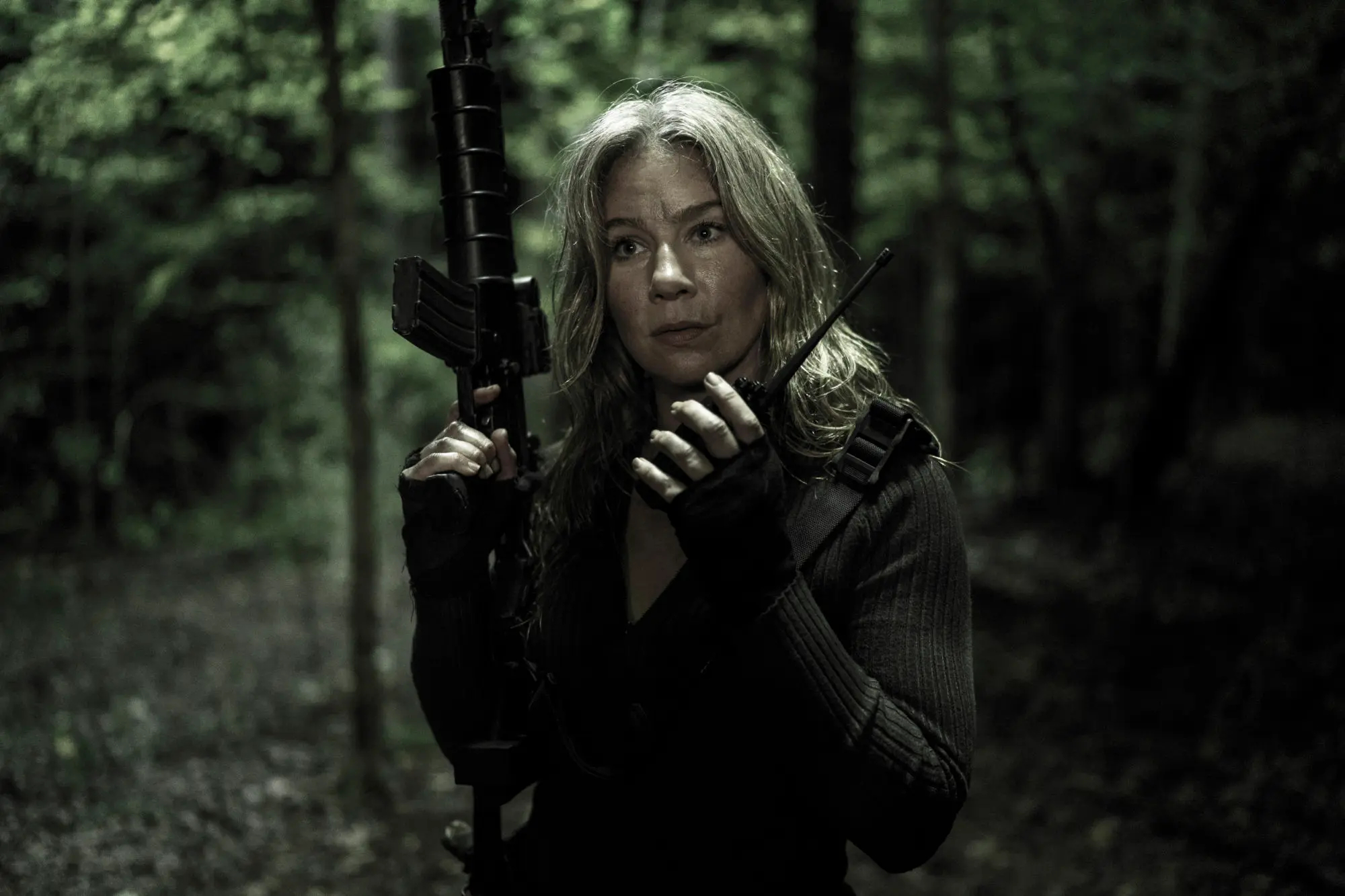 Daryl’s arc in this episode is much simpler. He, Gabriel, and Aaron continue following along with the Commonwealth troopers. Lance has already headed off to keep track of his bounty hunter, Leah. Knowing Lance may just as well just kill off loose ends, Daryl and co. take the opportunity to ambush the troopers first. This leads to a stylish shootout that is cramped but still quite effective. I’m not sure if the stakes were high enough to worry if any of our heroes would be taken out, but there was good visceral action taking place that I can’t complain about.

However, the real effect of this situation was seeing Lance get mad. While he’s held a sort of slimy smile and routine with how he communicates, watching him become more unhinged only made sense and was, in a way, satisfying. That shot Daryl took at him only made things better. We see the man lose even more of his own sense of decorum, holding a wound on his face while ordering his men to go after the former soldier.

Heading over to the Commonwealth, the events were less exciting. I understand the necessity of following up on revealing the truth to the people. Still, I also question how it works in a society like this. With Max giving over some incriminating evidence to Kelly and Connie, should they all not worry about being “removed” from the city? Obviously, we’ll have to wait until the next set of episodes to see the repercussions of this sort of story making it to the press, but for now, it just seems like watching cages get rattled with no follow-up plan (and Sebastian looming in the background). 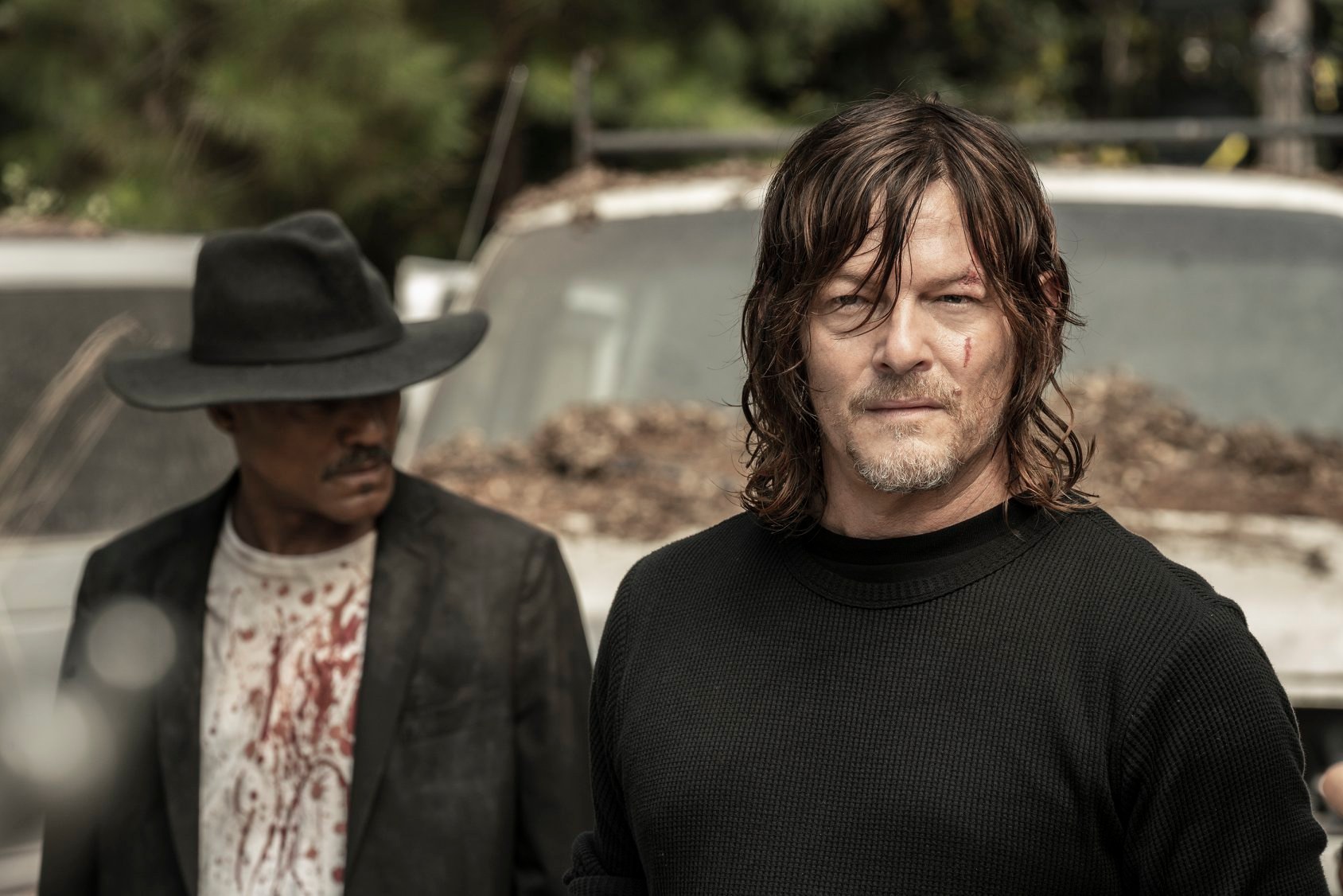 The final outcome involves the Commonwealth taking claim to the different communities outside its walls, complete with dramatic music and heavy banners to show the changes coming. How will this occupation affect things? Well, we all know Daryl, Maggie, Carol, and everyone else will not appreciate the brute force approach to Lance getting his way. How that will lead to a downfall in leadership at the Commonwealth? Well, that appears to be the stage set for the final 8 episodes arriving in the fall.

Is this a satisfying closer for now? Yes. Enough work is done to satisfy various aspects of the series while setting up what’s to come effectively. I look forward to seeing more collaborations between the cast as a whole, especially given what they seem to be fighting for. Still, at least Hershel is safe. 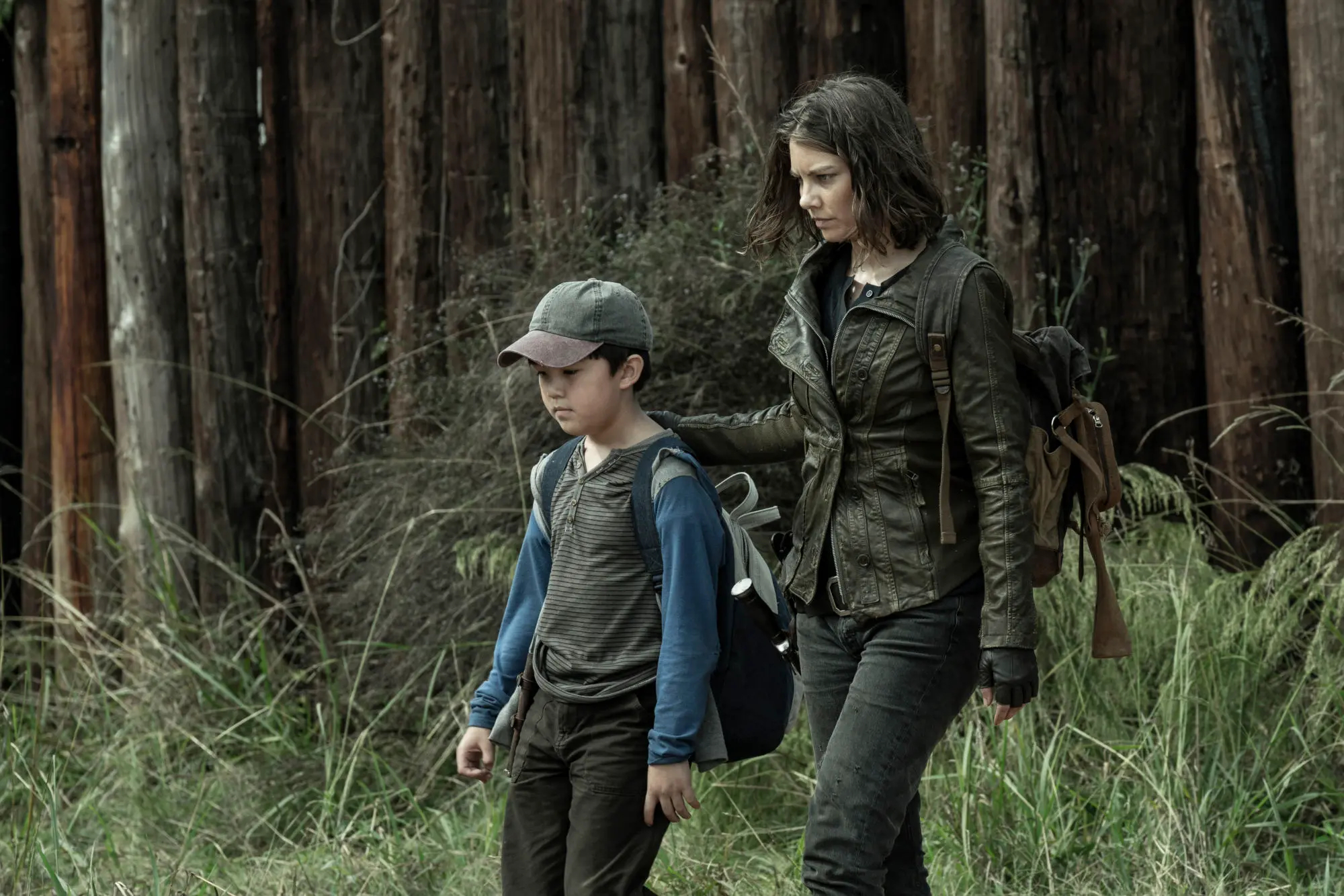 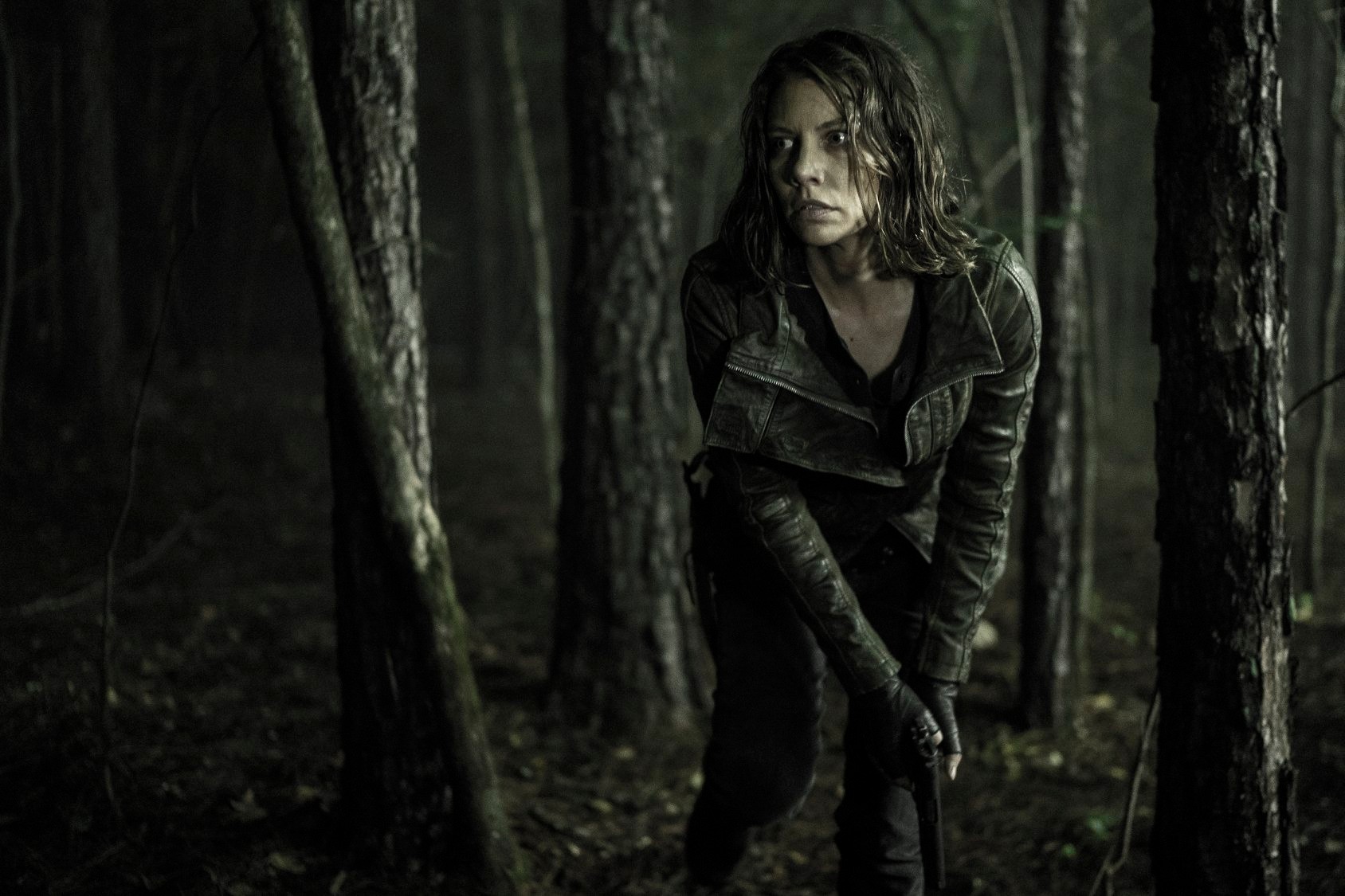 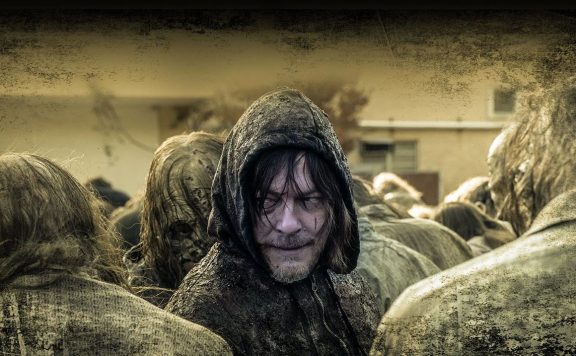 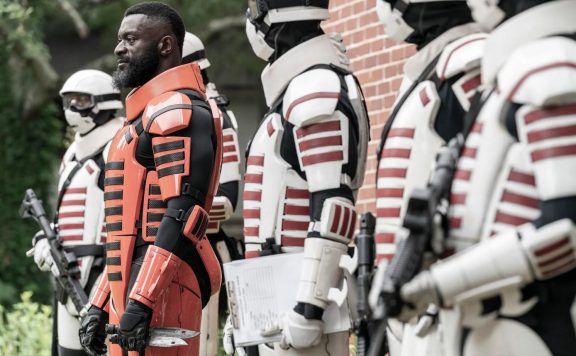 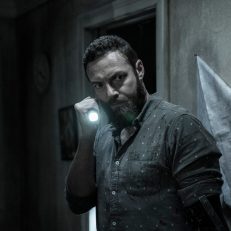 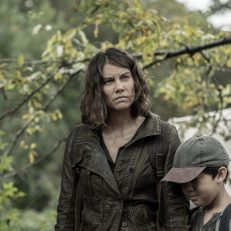 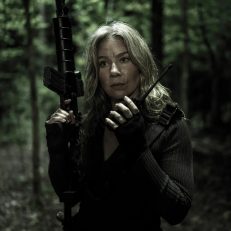 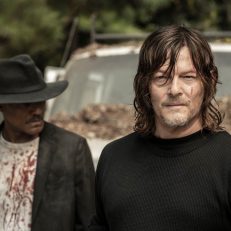 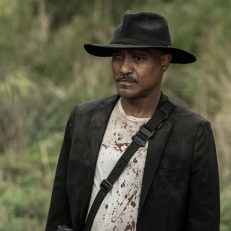 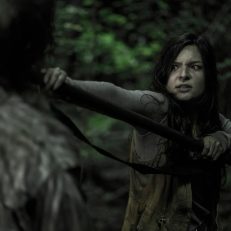 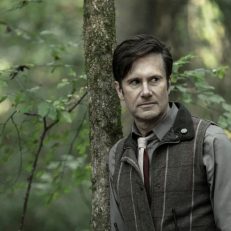 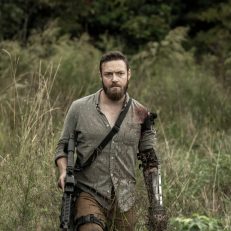