Credit where it’s due, this episode starts off like a firecracker. Last we saw, Hornsby was acting like the Empire just conquered the galaxy. As things begin on this final stretch of Walking Dead episodes, “Lockdown” is playing a lot of cat & mouse games with all the characters. As it’s a continuing narrative, it makes sense (especially for those who binge-watch). In addition to pushing things forward, there also needs to be an alignment of all the players into a spot worth being concerned with for the next several weeks. As a result, sometimes motivations and actual status are a bit blurred. Still, there’s plenty of excitement and even a dose of topicality to keep up the engagement.

As stated, things haven’t slowed down outside of the Commonwealth. Daryl and Maggie (eventually joined by Negan, his wife Annie, Aaron, and Gabriel) are keeping their distance from Hornsby and his stormtroopers, but a plan needs to form. Thanks to Negan being an unknown (and a wildcard), it’s decided that he will attempt to provide warnings and elicit help from inside the Commonwealth. I don’t exactly know how all of that tracks, as it’s explained rather quickly, and the main goal remains a bit shaky. However, this leads to an elaborate series of shootouts and even a car chase, so who’s to complain?

Back in the Commonwealth, while Carol is watching all of the kids indoors (taking a break from her Machiavellian scheming), revolts are starting to break out amongst the good citizens. Connie’s exposé regarding Pamela Milton’s entitled, dickish son Sebastian has rattled all of the right cages. Now, people are angry and want accountability from the leaders they trust. This is a good angle. The previous episodes have focused on the disparity between societal classes. Now we have ramifications, let alone reasonable reasons to see protests forming that do not feel too far off from our reality. 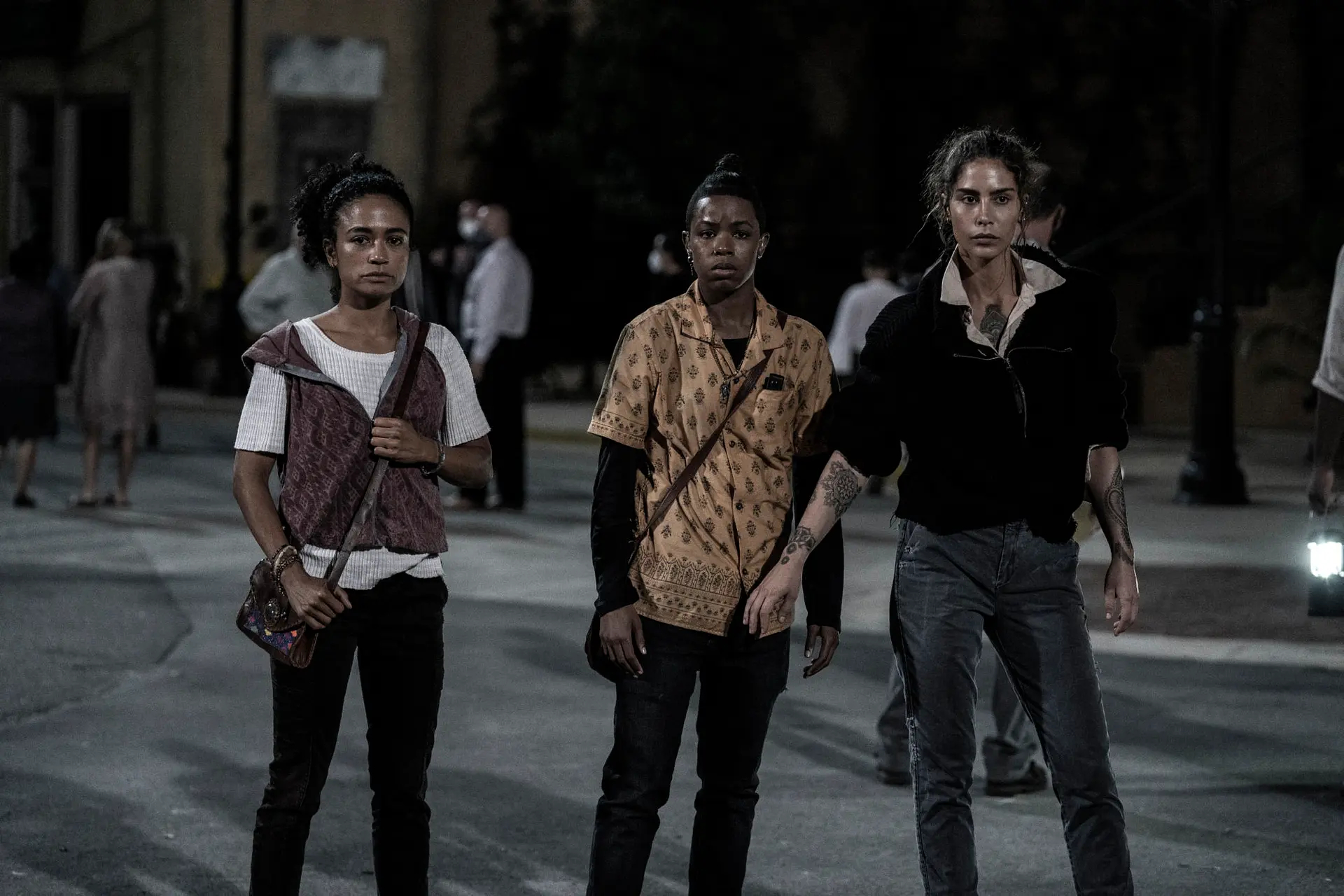 It’s not as though I need The Walking Dead to become preachy, but it’s a step up to see the show want to have something to say about humanity that extends beyond its typical nihilistic messaging balanced by occasional dollops of hope. Plus, what else do you do with a place like the Commonwealth? If there’s an overall plan to see our heroes either overthrow this giant community’s government or burn it all to the ground, better to have the actual place in turmoil as a whole, as opposed to seeing one stray group easily ruin everything that’s made this place an organized (moderately fascist) oasis.

I have more questions concerning how Pamela could be unaware of who wrote the article (how many journalists are in this city, and wouldn’t she be suspicious of the one person who’s been asking questions the higher-ups don’t like?). Regardless, seeing her being rattled by the anger coming from outside and contending with the fact that her son has already been awful, and is now possibly even worse than she imagined (we know he’s this terrible already) means opening up this character in new ways. That will play a big role in the next moves that occur, based on whatever Carol has planned.

Those are really the main plotlines, but we check in with others. Jerry gets to step up as a child protector, hiding away the kids that Hornsby’s foot soldiers think they can use as leverage if they get their hands on them. I’m all for more Jerry doing stuff on this show (he’s the one character I do want to see a spin-off for), so let him have all the time he needs to be a cool guardian. Yumiko and Magna also share just enough screen time to remind all of us that they were a couple once and really care for each other, despite what differences they’re seeing based on their standing in the city. 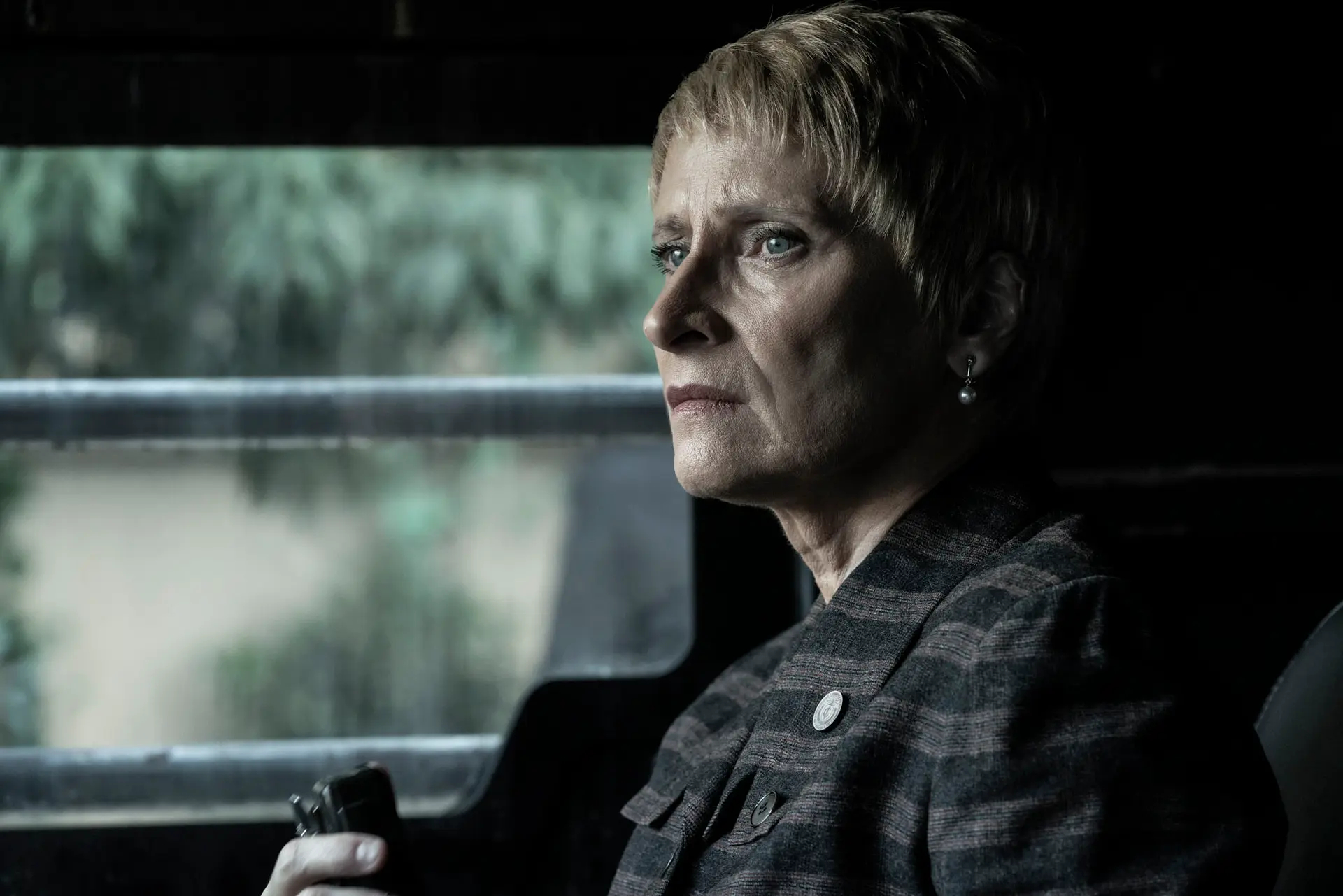 There are actually quite a few missing characters this week (Eugene, Princess, and even Ezekiel has very little to offer), but I get it. This show has had an inflated cast for a while, and even on a setup episode like this, there’s only so much time to re-establish everyone. With that in mind, it was encouraging to see the bond between Mercer and Rosita grow on respectable terms. Mercer (who rocks) understands the kinds of people he can trust, and he can tell Rosita is one who fights the good fight.

As the two relate, it is hard not to look at the approaching horde as a symbol of all the destruction to come. Try as Rosita and Mercer might to stop it, there’s an impending doom on the way to the Commonwealth, and one just has to hope the walls are strong enough to keep it at bay. That could take another turn, however, as there’s still a standoff taking place between the old guard and the new (do those terms work?), Hornsby and Daryl/Maggie. With these groups currently at a stalemate, it all comes down to whatever bargain can be made to help everyone get their way.

It’s undoubtedly a fun cliffhanger to end on. In its early days, The Walking Dead would likely kill one of these major individuals off to help further send a message (and to shock us all). Perhaps that will occur in the follow-up episode, but I doubt it. Still, there’s a good level of tension here, which is matched by the discontent being seen in the actual community. Having so much of this season take place inside a very specific location can be something of a risk, so I’m glad the effort is being made to turn it more into a character. Now let’s just see how it can all shake out. 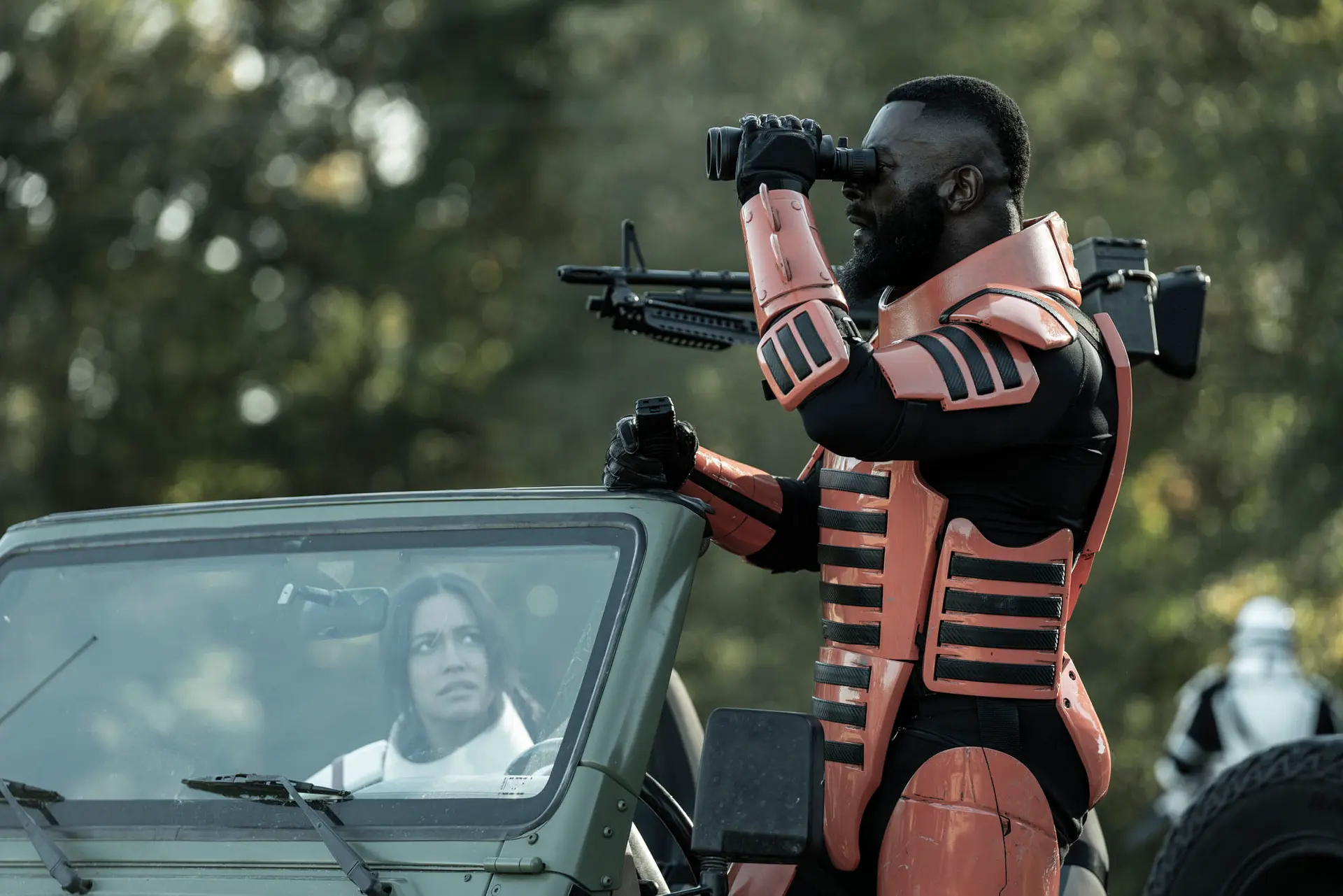 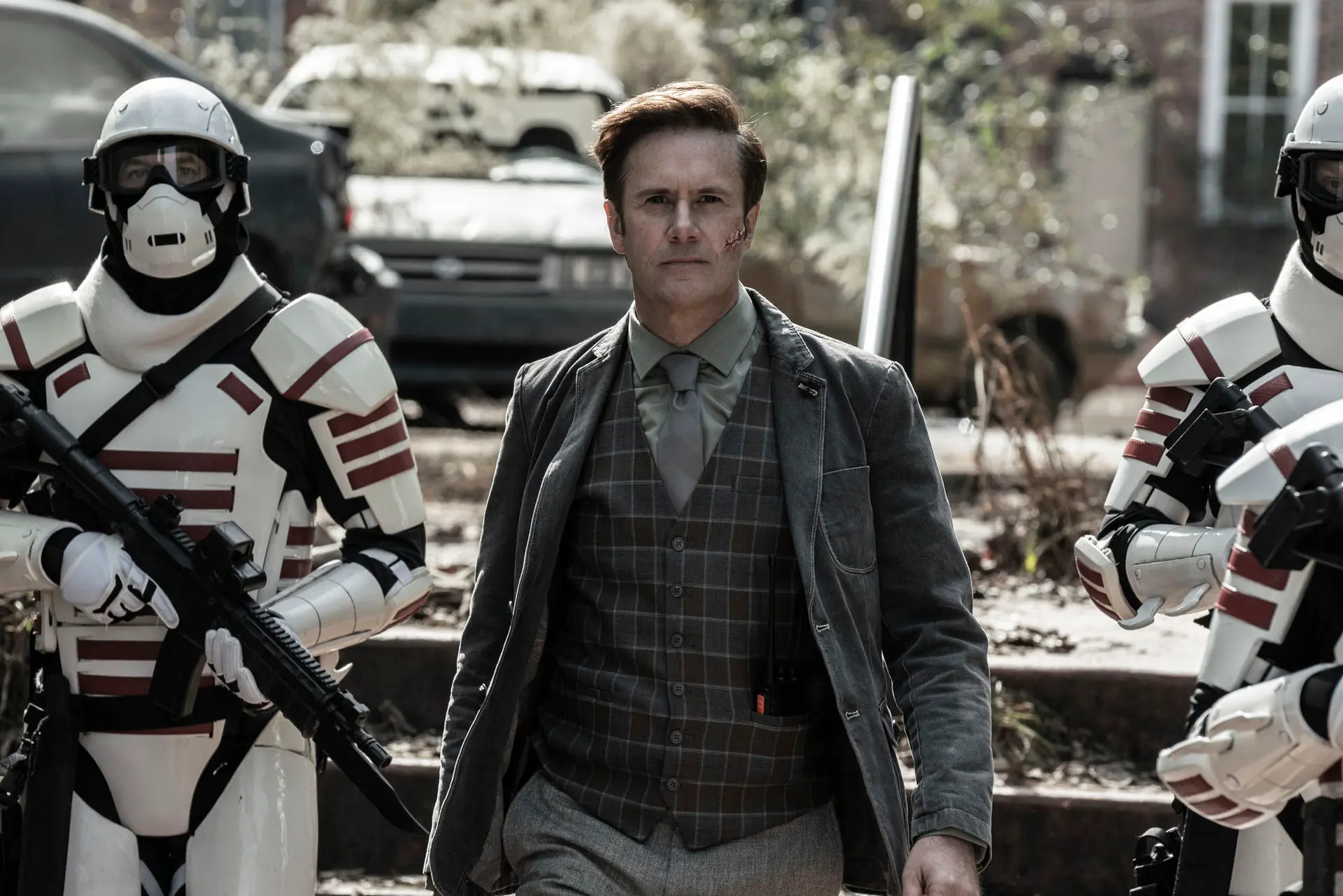 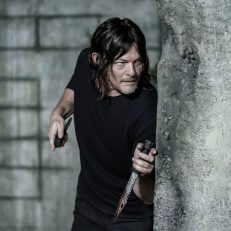 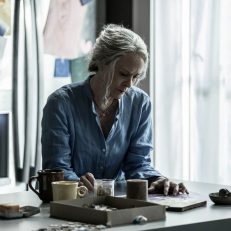 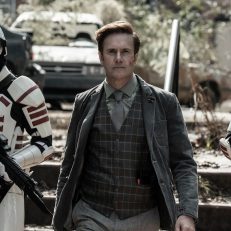 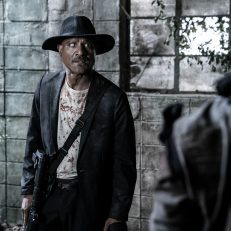 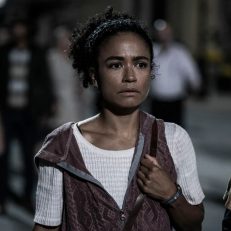 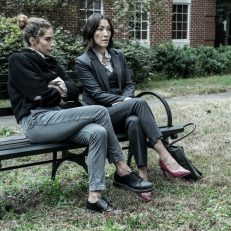 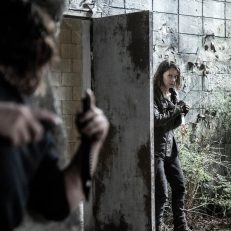 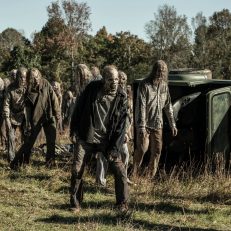