The break is over, The Walking Dead has returned, and it looks pretty great. This mid-season premiere has everything: gunfights, water walkers, explosions, revenge, a Daryl kills scene, Dog(!), reunions, face-offs, sad deaths, rad deaths, and even a bit of Eugene humor. “No Other Way” is a lot of fun and a pretty great way to clear the board, as far as the leftover Reapers go, to make way for what’s to come over the next set of episodes.

Things get off to a fun start as the episode picks up right where “For Blood” left off, with our heroes trying to avoid all the exploding arrows coming off of the hwacha. Of course, the group is split up, with Maggie fending off one Reaper for her troubles (those exploding arrows came in handy). Meanwhile, Negan and Elijah are limping away to survival, Gabriel confronts his faith, and Daryl gets into a brawl in a kindergarten classroom.

This is all good stuff. I find myself praising the show when it can either show off some strong writing that gets away from the constant reminder of the series’ downer messaging or ramp up the action in delightful ways. “No Other Way” is not an episode working toward many nuances in the plotting and characters. This is a straightforward survival episode, as evidenced by what’s going on in Meridian and back at Alexandria. 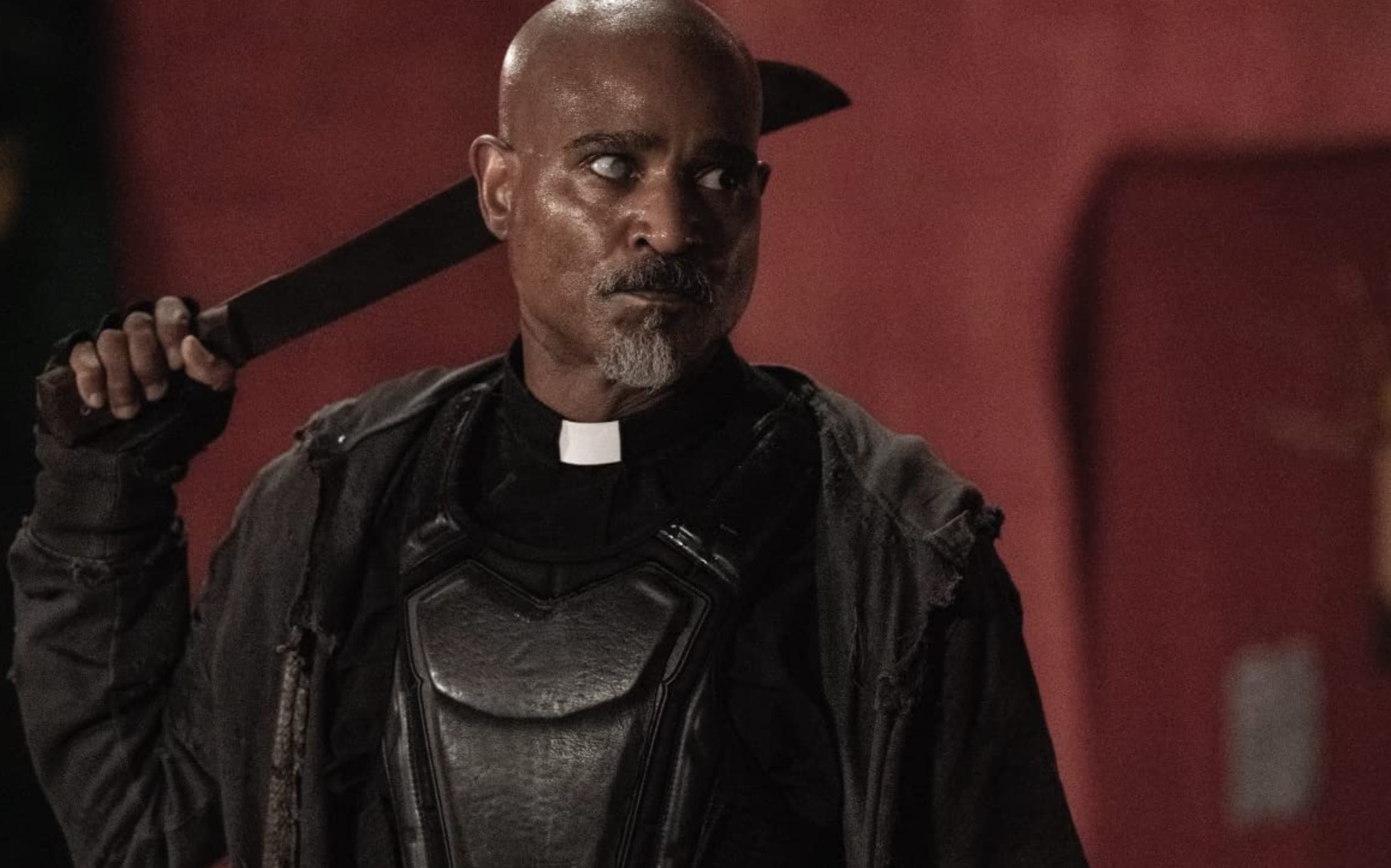 Keeping a focus on Meridian, it’s all pretty brutal, and the Reapers are the ones who suffer. Gabriel’s encounter is the most interesting, as he manages to have a full conversation with another man of God. It’s just a shame this Reaper has not been made fully aware of how hardcore Gabriel has become as far as dealing out the wrath.

After a well-written series of exchanges that do their best to make theology on The Walking Dead interesting, it still ends up with a surprise knifing by Gabriel. I’m continually curious whether all of this will catch up with the man at one point. For the time being, though, I’m also happy seeing this badass man of the cloth dealing out punishments for the wicked.

Elsewhere, there’s a boss battle near the midpoint of this episode, which finds Maggie, Elijah, and Negan taking on Deaver (the biggest jerks of the Reapers). This may not have been on the level of Oldboy or Daredevil as far as hallway fights go, but it was an exhausting little battle that allowed Negan to get off a decent knock-out blow and one-liner (“Well, ding ding”). 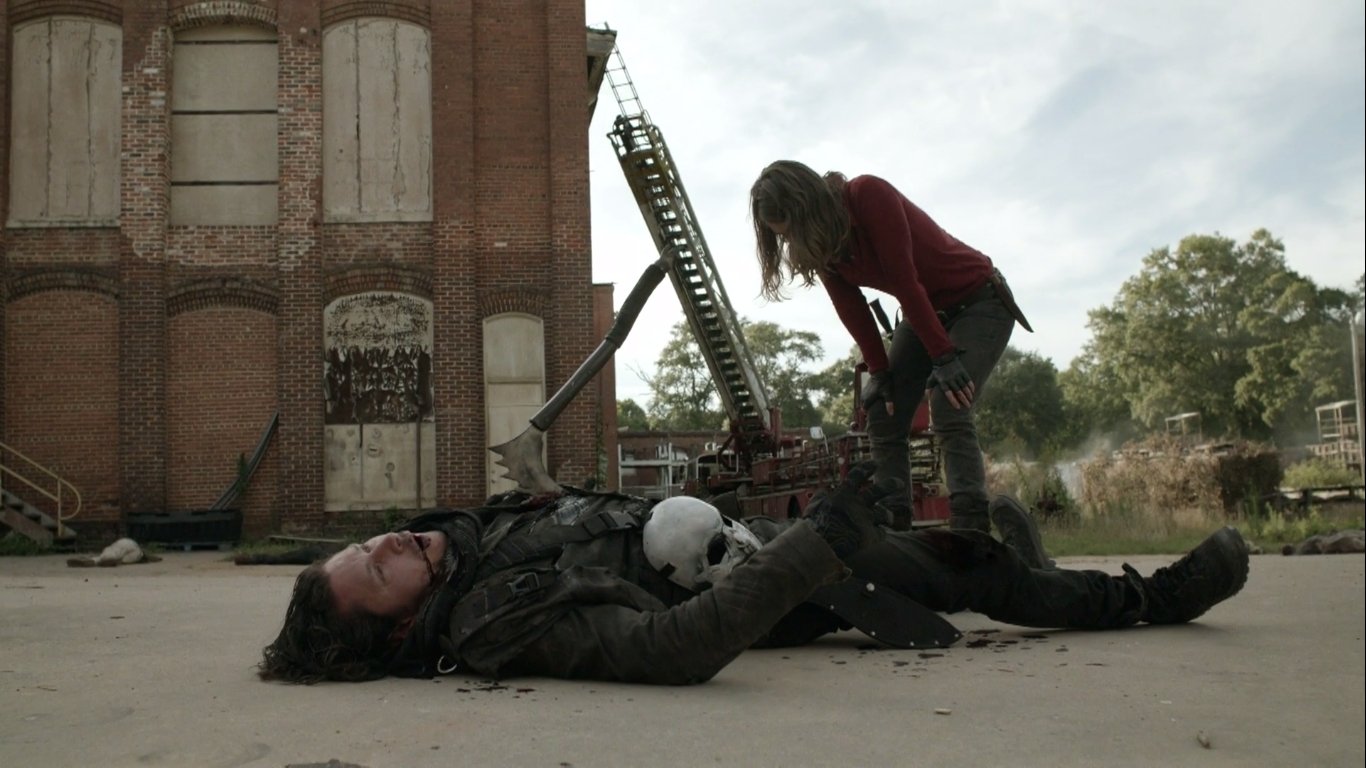 All of this led to the big confrontation, where Daryl and Leah essentially had one final conversation. Once again, Norman Reedus being positioned as a series lead allows him to express the right level of emotion that plays on Daryl’s experiences and it’s affecting. No one wants to see nothing but death between those still living, yet, everyone gets pushed just far enough, and here they all are, in a standoff where there won’t be many survivors. Of course, our heroes get the drop on the remaining Reapers thanks to Gabriel, and then it becomes Maggie’s time to shine.

Her execution of a few Reapers is shocking to a degree, but the show is smart enough to put a lot of focus on Negan, who has been watching closely. Later on, the two have their own confrontation, which thankfully doesn’t occur with them killing each other (I may have complained about the repetitiveness of their conversations, but the show is still more interesting with both of them in it). Still, Negan telling Maggie who she is serves as an interesting counterpoint to her feelings against Negan, which will ideally inform where they go from here.

Back at Alexandria, there’s no real-time for characters. There’s mainly time for Aaron’s rescue of Judith and Gracie. Sure, we see the rest of the town suffering from this storm and another wave of walkers, but the show chooses to make it all more personal. Given the amount of death and destruction, I was pleased to see the show avoid a darker route and just make Aaron a hero (with Lydia coming in for a clutch save as well). Alexandria looks worse for the wear, again, but hey, we also know the heroes are coming back with plenty of supplies. 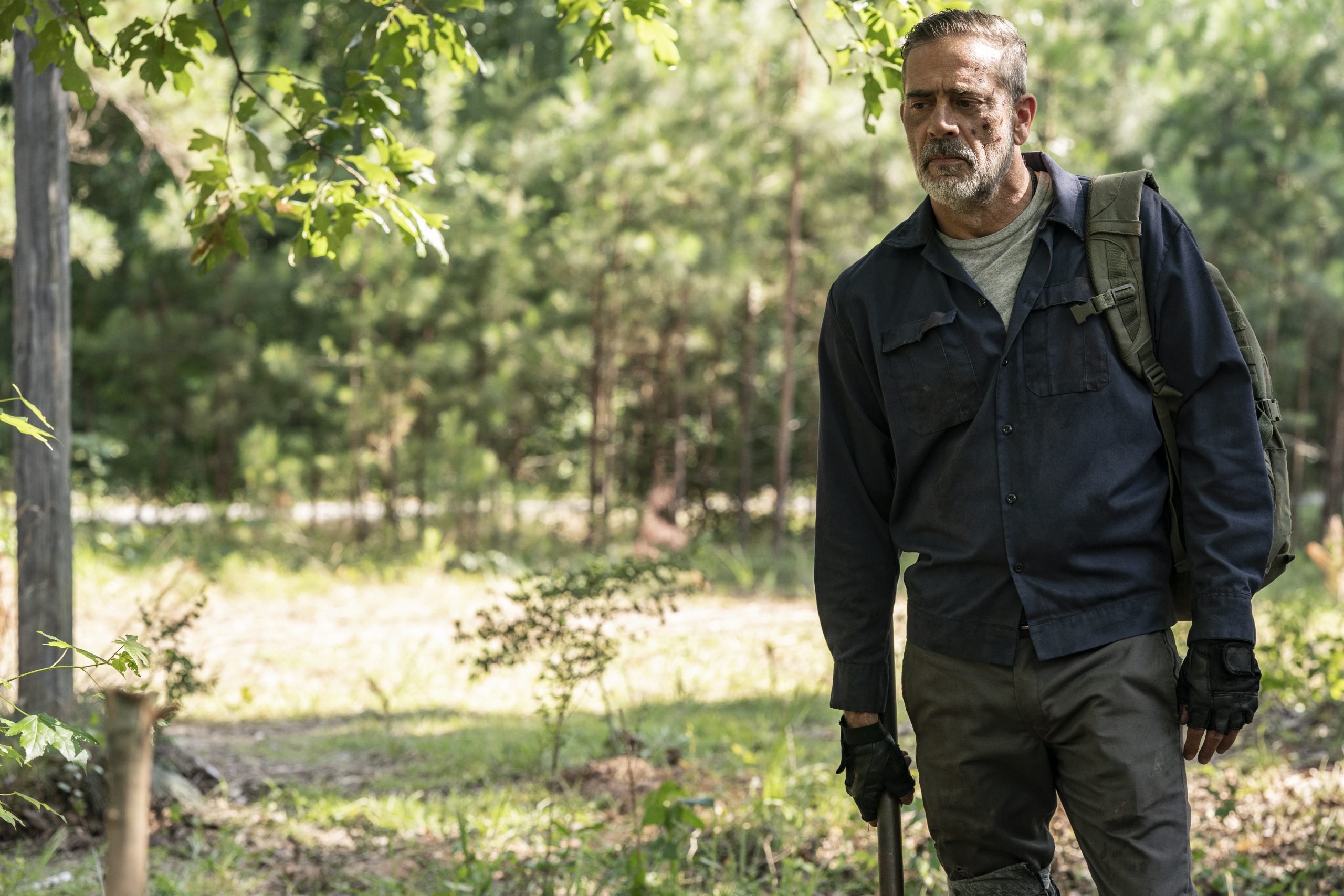 The reunion is nice. An episode like this could use a series of hugs and smiles. Daryl and Connie finally getting to see each other again was especially touching (also, Dog!). All is finally seemingly going well with the Reapers out of the way. So, what better way to ruin all of that joy than by the very convenient arrival of Eugene and a small Commonwealth brigade.

Josh Hamilton’s slippery Lance Hornsby delivers some words that sound swell enough, but there are plenty of hints that the Commonwealth will not just simply help Alexandria for nothing. We are then given a brief glimpse of what will happen six months from this point, with Maggie on the Alexandria wall sharing some foreboding looks at what’s to come – Daryl in a Commonwealth stormtrooper outfit, telling her something is about to happen.

This won’t be where next week’s episode picks up, but I am certainly intrigued by the path laid out before us. Of course, nothing will ever be easy for our heroes, but what’s it going to take to achieve some kind of peace? “No Other Way” is a fitting title, given all of the action that goes down and the hints at more to come. As for being a return of this series, it’s the kind of episode that delivers all I ask for. Now I’ll just get myself ready for a couple more scoops of Commonwealth ice cream. 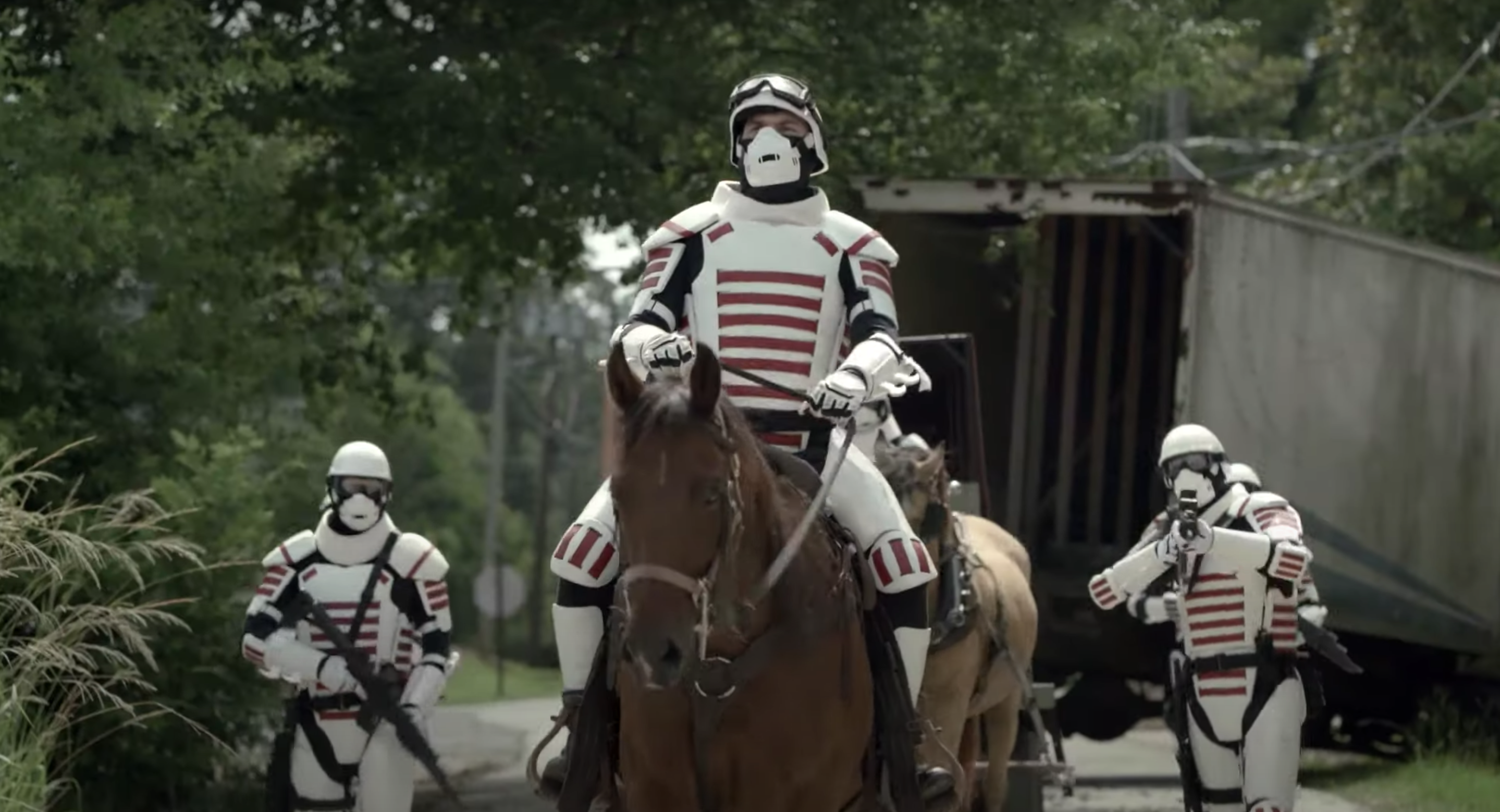 The Walking Dead is now airing on AMC and streaming episodes one week early on AMC+. 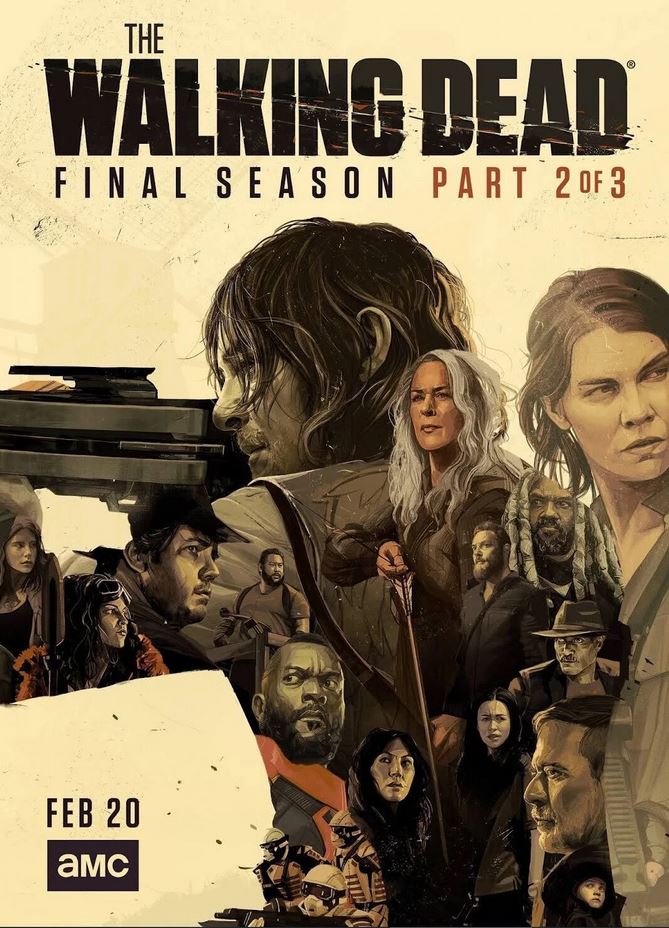 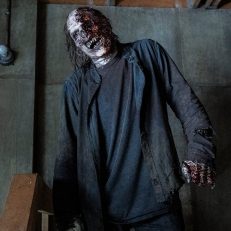 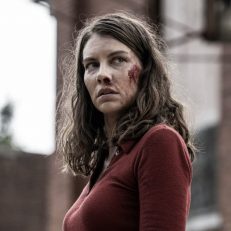 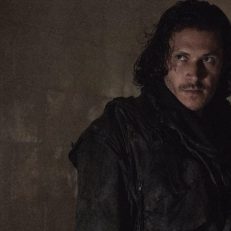 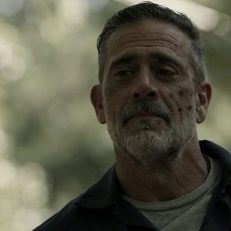 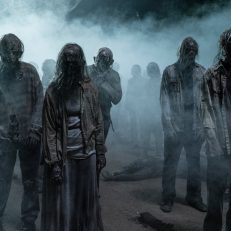 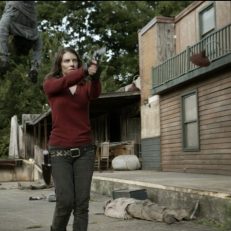 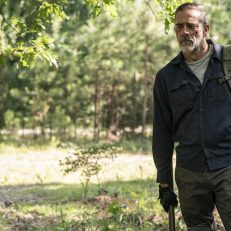 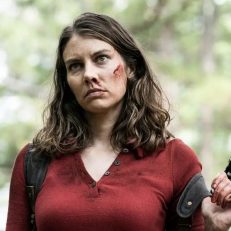