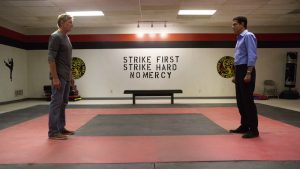 Franchise Fred believes there should always be more sequels to movies. Even if we end up with a Karate Kid III, it can still give way to the fun twist of a Next Karate Kid. It’s becoming more common for film franchises to continue on television. Not a revamp of the movie like Buffy or MASH, but a direct sequel like Ash Vs. Evil Dead or Terminator: The Sarah Connor Chronicles. Cobra Kai is the ideal way to revisit The Karate Kid characters and get to spend more time with them.

The show begins in Johnny Lawrence (William Zabka)’s perspective. For most of the pilot, it follows how bad Johnny’s life has gotten, living in a dump, insulting little kids, being racist. Daniel LaRusso (Ralph Macchio) appears as the golden boy who haunts Johnny. 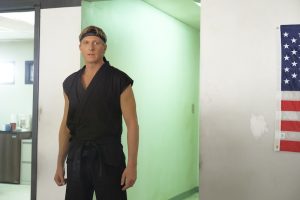 This is poignant. True bullies don’t go away after the end of a movie, but they also may try to make right in a misguided way. Heroes can become douche bags too. It doesn’t make them evil but it’s not admirable and there’s room for growth. Heroes never get to stop working on being heroes.

Let’s take Johnny at his word when he said, “You’re all right, LaRusso.” Let’s say he stopped bullying and tried to live above board. That’s still gotta be hard having a constant reminder of the A-hole you used to be, and how even trying to do the right thing he still had more success than you. 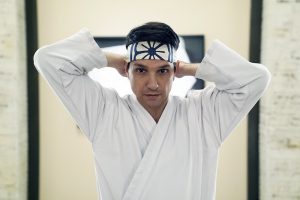 LaRusso becomes a main character and they have a great scene where they meet again, presumably for the first time in 30 years. There’s real suspense about their first meeting. Johnny really doesn’t wanna see him again and they haggle about an old technicality. They both did illegal moves but Daniel won, Johnny got a warning. To Daniel, this is just an old friend, water under the bridge, no hard feelings. For Johnny it was probably the worst moment of his life (or second worst after being nearly choked to death by John Kreese).

It’s really sophisticated how Cobra Kai switches allegiances episode to episode, or even within episodes. Just when a character gets redeemed, they can get corrupted, but they can still come back. It gets into edgy stuff with Johnny’s family and Daniel’s daughter Samantha (Mary Mouser) dealing with the modern school bully culture.

Cobra Kai creators John Hurwitz, Hayden Schlossberg and Josh Heald do embrace the comedic potential of the has-been nature of the both characters. LaRusso is selling out karate to promote his auto dealership, and giving out bonzai trees to customers who most likely are not up to the task of caring for such a delicate plant.

Johnny reminisces about the bullying scenes in Karate Kid which is doubly fun as how pathetic it is that those are his whimsical memories, and on the meta level of someone remembering a montage of the scenes that don’t usually go in a montage. 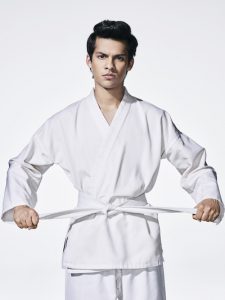 Early episodes lean more on a sort of raunchy comedy, perhaps to cater to the YouTube audience. Then, either because it was a misdirect or they just grew more confident in the drama of their characters, it evolves into more of a classic ragtag gang of underdogs training. What begins as bumbling become emotional setbacks.

It is pretty easy to engender sympathy for Johnny by the sheer virtue of things that made him cool in high school don’t work in 2018, or even as an adult at any time. We knew this but bullies learn it in real time. He could just as easily be the high school quarterback who never went pro. 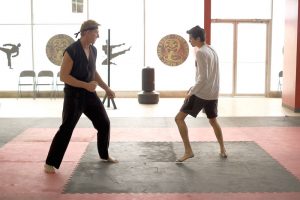 Johnny is well intentioned, trying to teach his neighbor Miguel (Xolo Mariduena) to stand up for himself. Comedy comes because he’s not as wise as Miyagi, as evil as Kreese or even competent enough to pull off his own lessons. He also faces the realities of opening up a gym. I can see this developing into a chance for Johnny to really understand what he put other kids through. It’s one thing to gain respect for Daniel and change his ways, but if a real reflection on his high school bullying is coming, that’s juicy stuff.

Daniel after Mr. Miyagi is a worthwhile reason to explore this again too. If Pat Morita were still with us, he’d surely be on the show too, but at some point Daniel was always going to have to face life without his mentor, or become one himself. You don’t have to be a screenwriter to figure this out. It’s just the natural course of life.

There is a focus on the male karate students, but there’s enormous potential for the female students to shine too. Samantha is so confident with incredible skill she doesn’t have to display it publicly, and that’s an empowering message. Aisha (Nichole Brown) gains the confidence normally only afforded to teenage boys through training.

Cobra Kai captures the magic of training and characters growing through demonstrable achievement. Action plays the same role in Cobra Kai as it does in the movies. There are fights but it’s not an action movie. They fight when drama requires it. It’s a sports movie, not a fight movie. 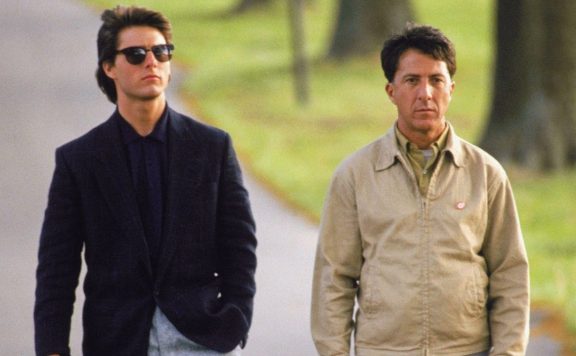