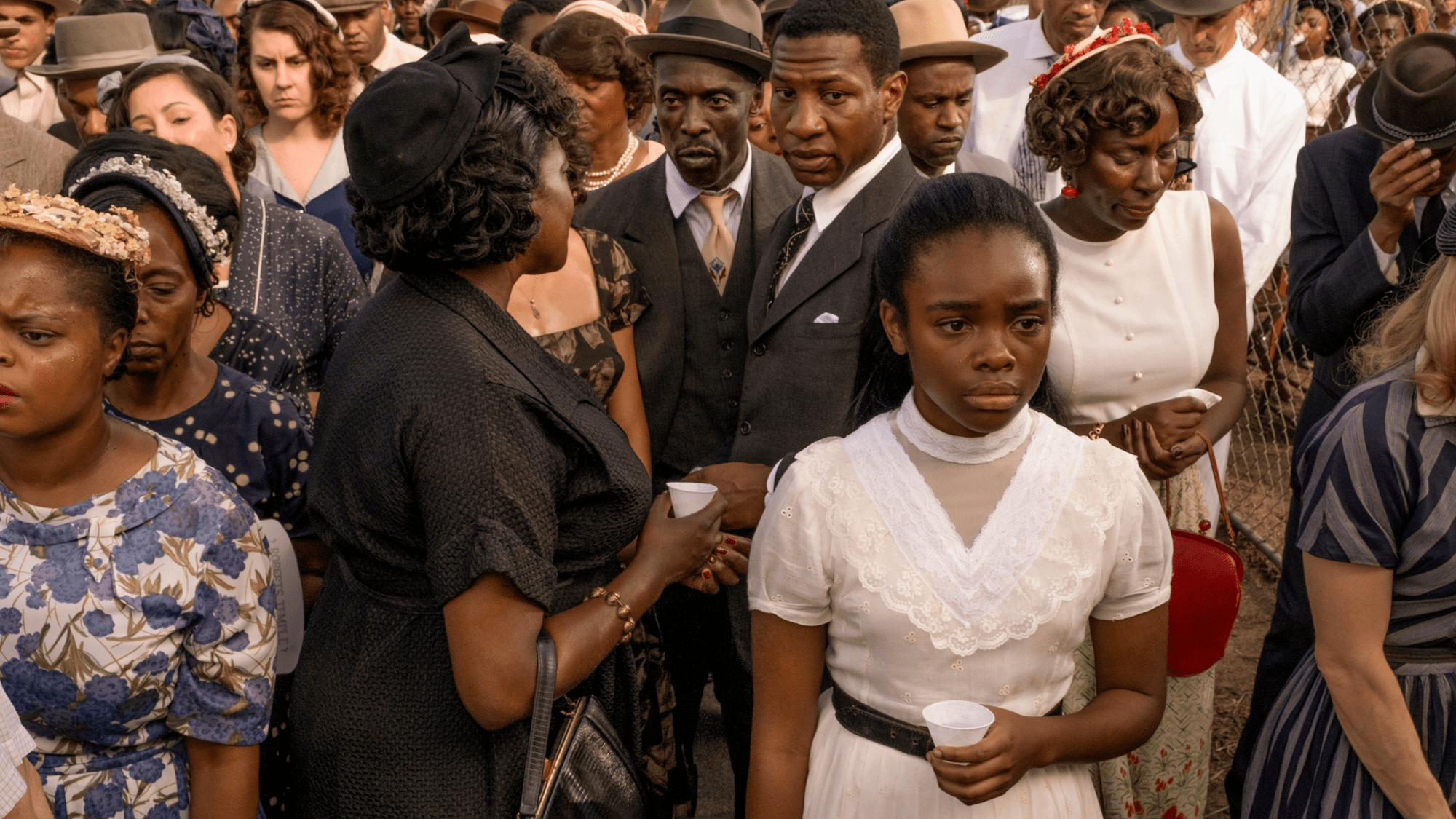 The past (and even a little bit of the future) converges on the present in this week’s intense episode, “Jig-a-Bobo.” Lovecraft Country opens up on a hot summer day (with the fitting Bananarama’s “Cruel Summer“ playing in the background) with hundreds of people crowding around. Then we focus on Diana (Jada Harris) and the rest of the crew at Dee’s friend Bobo’s (Emmett Till) funeral. Dee is having difficulty processing the brutal murder of her friend — on top of her father’s death and her mother having disappeared.

So we know from the jump, this episode is going to be a trying one for Dee — that’s quite a lot for anyone to handle in such a short time, especially a child. Tensions are high in the city, and Dee wanders off to be alone. Once Ruby, Tic, Leti, and Montrose realize the young girl is gone, they all split up to find her because they know today is not a good day for her to be alone in the streets. But their “search” (no one really searches too hard for her) for Dee leads them on their own storylines.

While wandering Main Street, Dee gets caught up in the crosshairs of Son’s of Adam leader Captain Lancaster (Mac Brandt). Capt. Lancaster and his partner corner Dee in a deserted alley to ask where her mother is because they have the copy of Dee’s comic book that was left at the cop’s murder scene, last episode. The cops assault the young girl (and disrespect her mother’s name with their racist comments about its origins — a micro-aggression that still happens today) and Capt. Lancaster spits on her to cast a spell — showing the police’s aggression even against young children, something that is still prevalent today. At one gut-punch moment, Dee even exclaims, “I can’t breathe” while in a chokehold — a reference to the number of unarmed black men who have uttered the same phrase while being killed by police. Black children are not seen as innocent kids who deserve protection.

Once the cops leave, Dee regains and heads back home. Once at home, she runs into Montrose (the only person who really looked for her). As he’s trying to ascertain where she went and stress to her the importance of being extra vigilant right now, Dee blows up at him and storms out (but not before we get a glimpse of what’s waiting for Dee on the cover of Harriet Beecher Stowe’s “Uncle Tom’s Cabin.” She feels like everyone has been lying to her.

While waiting on a train platform, Dee sees two figures stalking her amongst a sea of people. “The Twins,” which are a direct reference to “Uncle Tom’s Cabin“ are scary-looking “pickaninny” caricature stereotypes that were prevalent during the time from Reconstruction through the Jim Crow Era. We’ve seen these types of figures before. The two girls are unkempt and dirty with big red lips, oversized eyes, and matted hair. The scenes in which The Twins stalk Dee are so creepy with the music (“Stop That Knocking“) and the girls’ dancing/movements — the tension just ratchets up the scene sending tingles down your spine.

Next week catch back up with Leti (Jurnee Smollett), who finds a surprise on her doorstep. Ji-Ah (Jamie Chung) has shown up to check-up on/warn/help Tic (Jonathan Majors) — we’re not quite sure yet. While Tic is becoming a desperate man in an attempt to save his loved ones. He meets with Christina (Abbey Lee) and gives her a key in exchange for telling him how to cast a spell. She tells him that he needs energy, intention, and a body to do an incantation, but she says that there’s “not enough whiteness in you to invoke that entitlement.” But before she walks away, Tic stops her in her tracks when he mentions “The Autumn Equinox.” It is here when we find out what she really wants — immortality.

When Tic gets back to Leti’s place, his past and his present collide. He is finally told about Ji-ah being a succubus, and she doesn’t quite know why it didn’t take Tic, but Leti is furious because Tic never told her any of this. Ji-Ah showing up is really testing their relationship. As the two argue, Leti says, “everybody has died since you’ve been back” — maybe because Tic didn’t die in Korea? They are surrounding, and Tic is determined to protect their future. 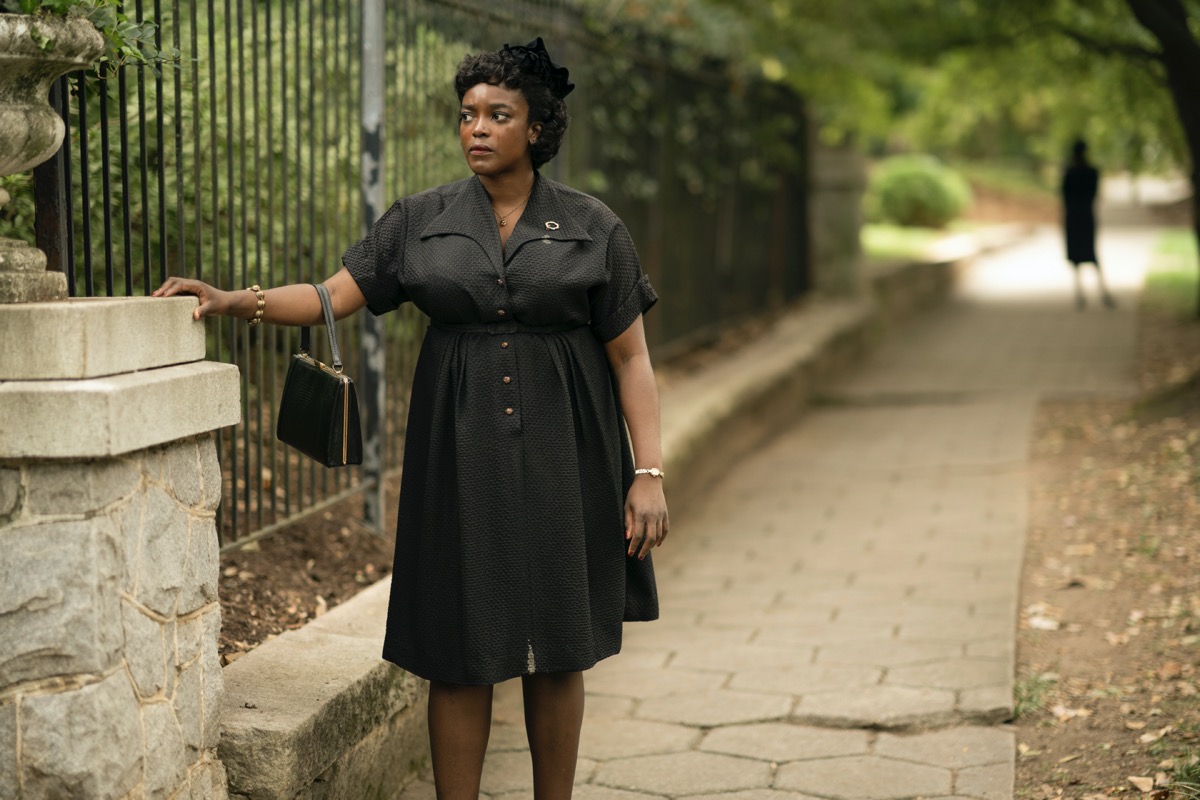 On the other side of town, Ruby (Wunmi Mosaku) is trying to get into William’s house when she is approached by a hostile white man. William swoops in to diffuse the situation, but he sees that Ruby is clearly shaken and unraveling. The gravity of Bobo’s death and everything thing else that she has encountered the past few weeks — on top of being a black woman in Jim Crow country, is really starting to weigh on her. She takes the potion to turn into the white women, and the intimacy and tenderness of this scene between Ruby and William is beautifully violent. And we never really get to see Ruby transition into the white one (usually we just see her transition out), and it is so visually interesting and captivating to watch.

Afterward, Ruby explains to William (or Christina rather) why she changed into the white woman to have sex with him — “because of all the days, this isn’t the day I wanted to be fucking a white man.” The two talk about how Ruby feels alone and shameful — she should be on the other side of town with her people. Ruby wants Christina to feel how she feels — heartbroken, scared and tired — but as a white woman, she may never feel the same. But Black people need empathy and real allies — that is what she is asking of Christina. She asks Christina how she feels about Till’s death and the black people who are being killed over and over again. Christina says that’s not what she cares about but tells Ruby she can’t feel guilty for protecting herself (and her sanity) first. She had been reborn as a woman who wanted what she wanted. Maybe Christina does really care for Ruby.

Next, we catch up with Tic and Montrose having a heart to heart where Tic tells his father about his time in the portal and what the future holds while Montrose relays a story from his childhood about a homosexual preacher and why he has been hiding his sexuality all this time — he just wanted a family because familial love is the strongest. That is when Tic divulges that Leti is pregnant, even though she hasn’t told him. He also gives Montrose a copy of “Lovecraft Country,“ a book handed to him by a hooded woman while white folks were rioting. The book happens to be written by Tic’s son, and it is the story of them, but with a few twists (George didn’t die in Ardham, Dee is a boy named Horace, Christina is a man, and she sacrifices Tic for immortality — some serious foreshadowing for Tic). 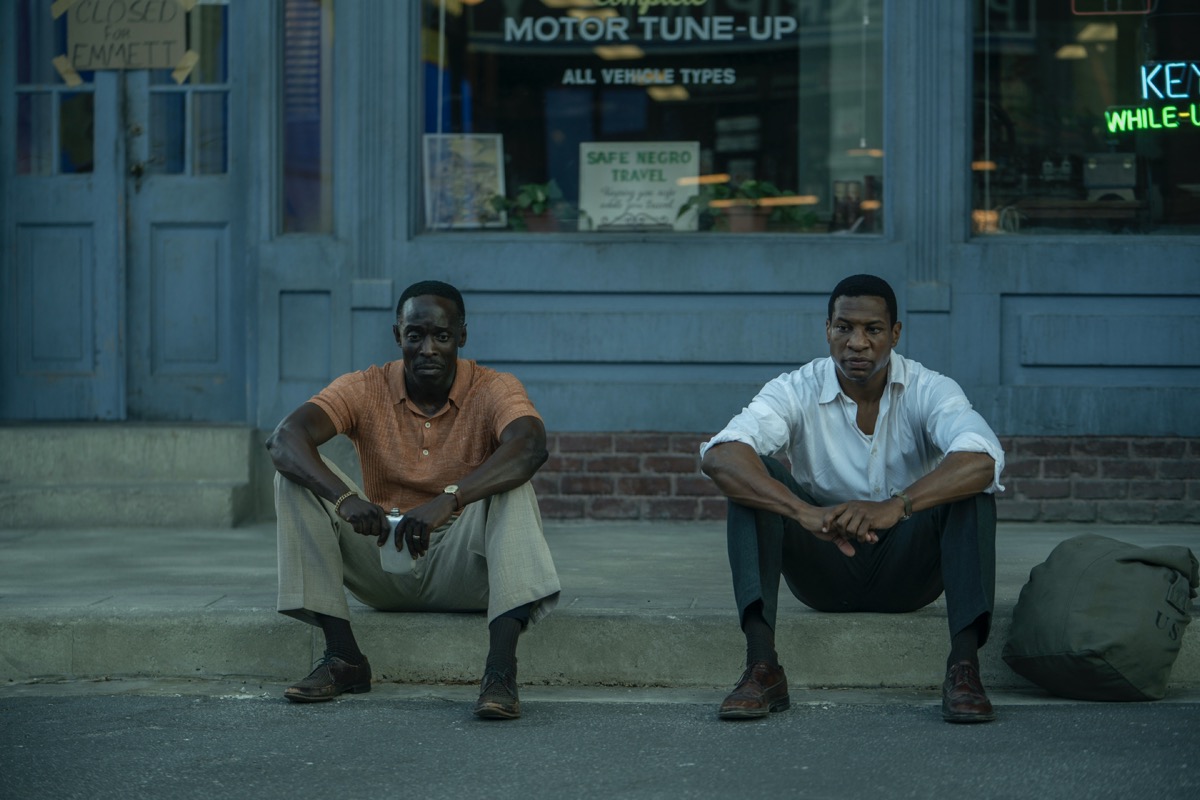 We then find Leti in praying in a church waiting for Christina. Christina is surprised that Leti is in church praying because she didn’t think that she was a believer — Leti responds she wasn’t until she was brought back from the dead and the two talk about miracles versus magic and god-complexes and how God is heaven and hell. Leti tries to trade the negatives of Titus’s pages in exchange for invulnerability for Tic. Christina says, “no, for you” and gives Leti the mark of Cain. Still going through it and being haunted by The Twins, Dee barges into the police lodge and confronts Capt. Lancaster — it’s a powerful scene in which Dee reclaims her voice and stands in her power. As she leaves, Naomi Wadler’s 2018 March for Our Lives speech is playing in the background, and it is so moving as Dee faces the curse head-on.

While Christina is brutally assaulted and killed like Emmett Till (maybe Ruby’s words did have an impact), she is reborn. As this is happening, Ruby and Leti have a heart-to-heart (she divulges she’s pregnant, and Ruby finally tells who the “white man” is that she’s been staying with and that she just wants to create her own space) when Capt. Lancaster shows up on her door. Then there is a showdown with the cop’s back at Leti’s place after Capt. Lancaster realized that she knows about magic. There’s a cool visual when the bullets are bouncing off Leti. As all hell breaks loose and Tic walks up to the chaotic scene, the cops are about to shoot him with his hands up when a monster comes out of the ground and wreaks havoc on the cops. And the scene ends with the monster come up on Tic and Leti, and it seems like its the end when Tic reaches out his hand and touches the monster capping off a heart-pounding, intense last few minutes.

“Jig-a-Bobo“ was one of the best episodes yet. It was filled with drama and action and all sorts of emotions. As usual, Misha Green and the team do a great job of mixing supernatural horror with historical facts. It’s always good when you can learn something while being entertained. The acting is top-notch, and Jada Harris gave a powerful performance and stood up for Black children everywhere. It’s an episode about changing the narrative — Black people, kids, in particular, are not the stereotype that white people have put upon them. It is filled with messages that reverberate today as America continues to confront its racist past AND present, and Black people are bombarded with traumatic events but have to stand strong. And as usual, the music department is killing the game — every song/spoken word choice perfectly encapsulating the scene making for one helluva viewing experience. 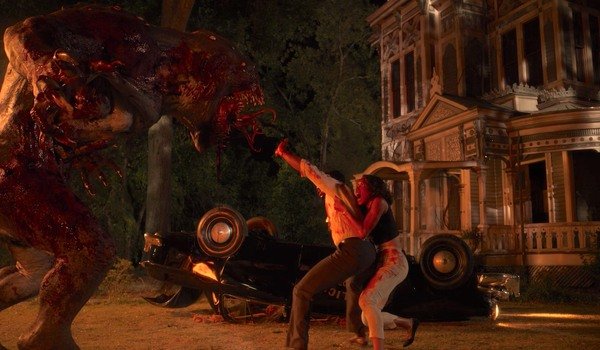